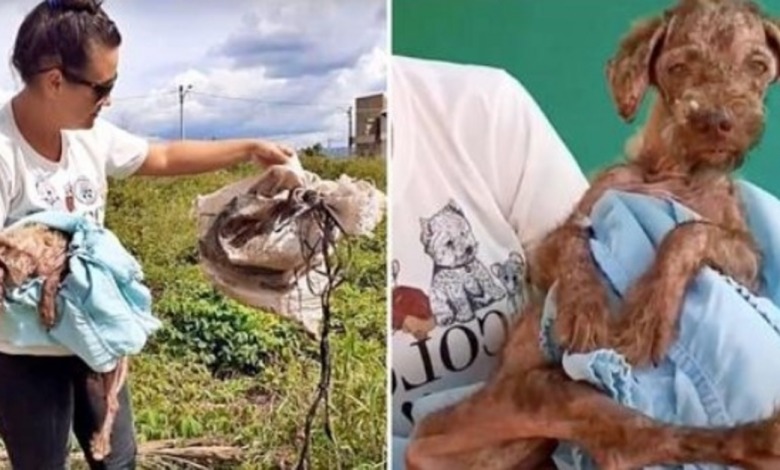 On November 5th, a rescuer received a call regarding a puppy who was in dire need of help, writes ilovemydogsomuch

The puppy had been tied up in a sack and thrown out onto a deserted field, where he was left to suffocate and die. 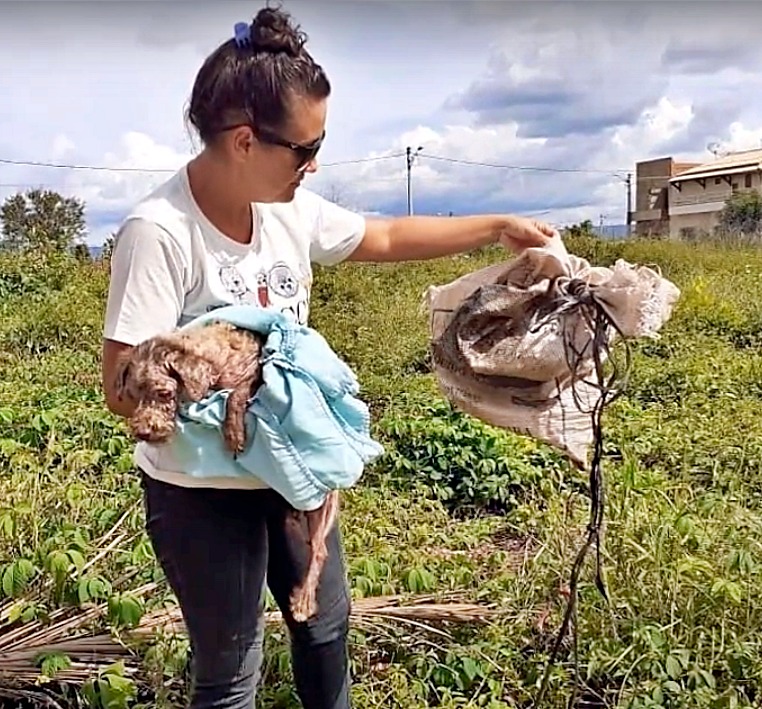 Thankfully, it was not too late, and the woman was able to get there in time to save his life. When she arrived, she spotted him lying in the hot sun and immediately cut him free from the sack.

The poor pup, who they named Job, was very malnourished and had a skin infection, which caused him to lose his hair, itch, and smell very bad. He also had ehrlichiosis, which dangerously decreased his blood cells. 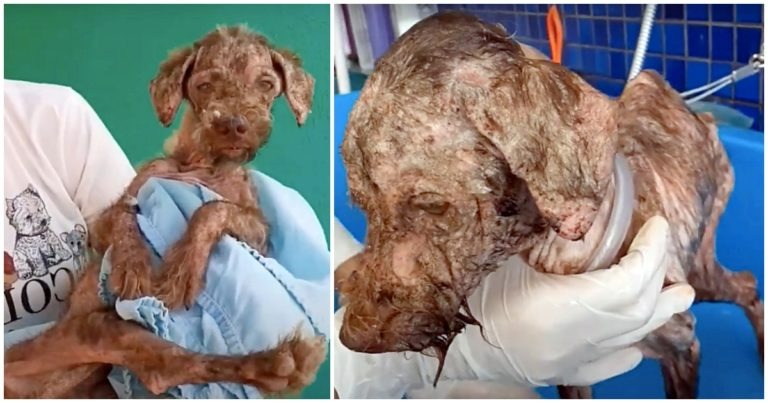 They rushed Job to the animal hospital, where they first bathed him in a medicated shampoo to help relieve his itch. He then went into their intensive care unit, since he was in such bad shape.

They cared for Job ’round the clock and continued to bathe him in medicine for his skin. After a month, Job was already transforming; his hair began to grow back and he started to gain weight. 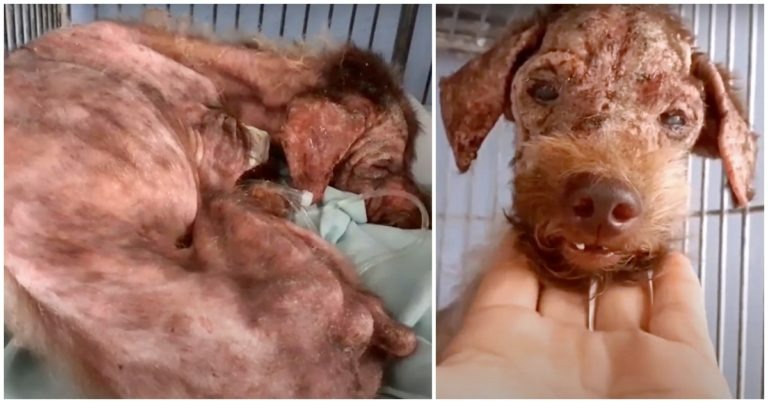 Once Job’s health was stable, he was released from the hospital.

The woman who rescued him decided to take him home and foster him until he is adopted by a loving family. 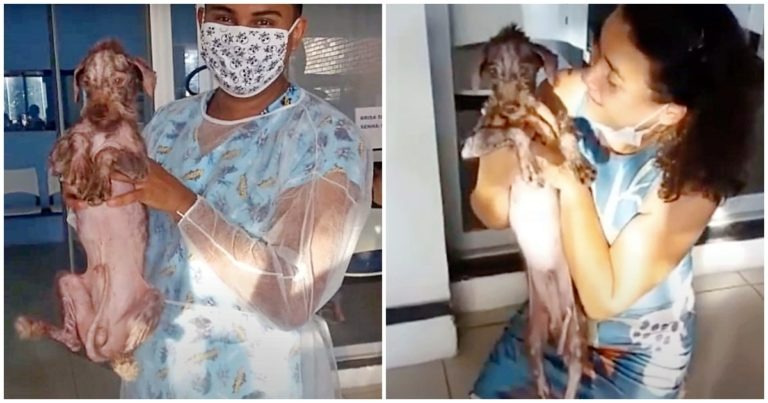