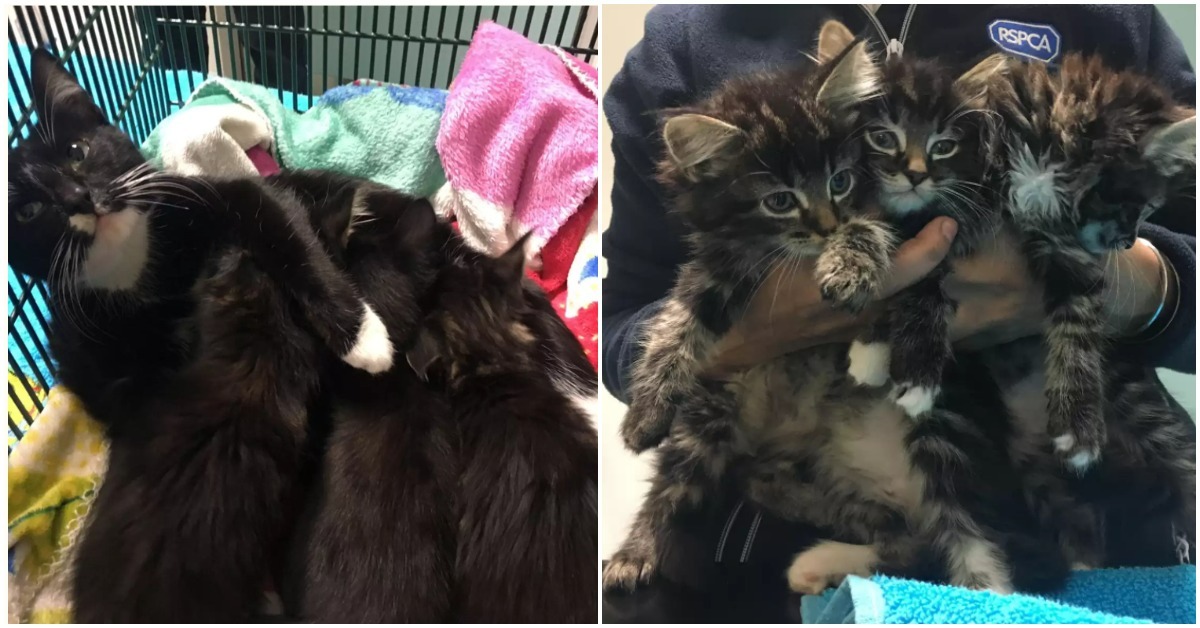 A woman was driving late at night when she spotted a tiny animal darting across the road — and quickly realized it was a kitten.

Concerned, she pulled over and got out to see if the little kitten was OK, and that’s when she noticed the mom cat sitting nearby, next to an open box. She carefully walked over and peered inside, and found three more kittens, huddled up together, cold and scared. 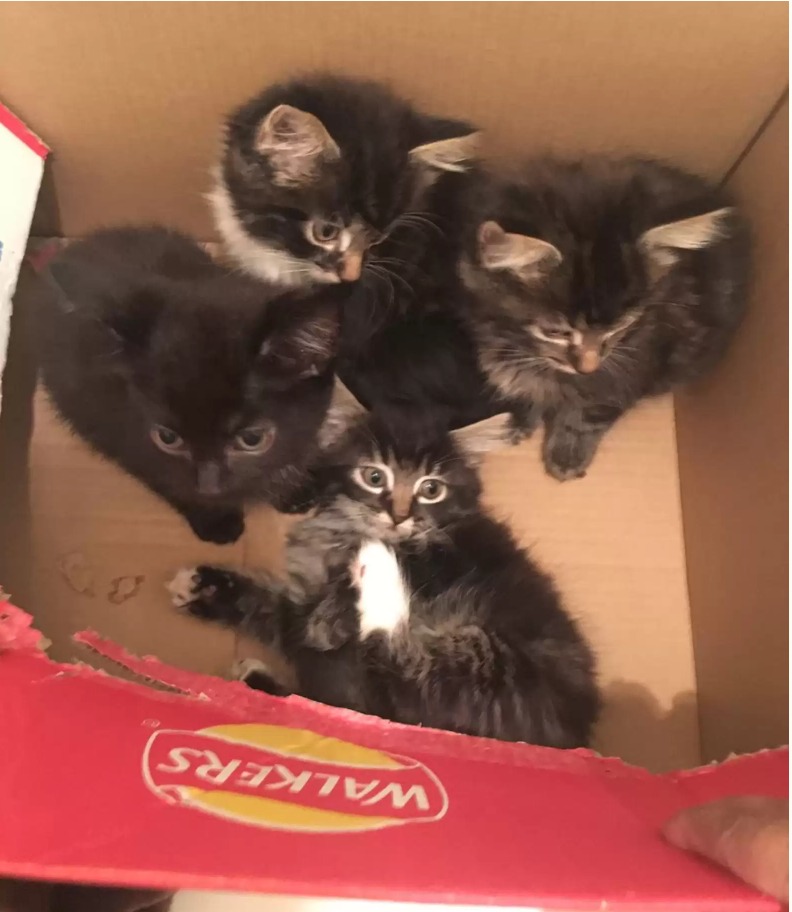 The woman knew the little family wouldn’t be able to survive out in the cold for much longer, so she gently loaded them all into her car and took them home with her, then contacted the RSPCA to see if it could help.

“It was below freezing on Saturday night [in Birmingham, England] so I’m certain the poor kittens could well have perished if they’d not been found by this lovely lady,” Herchy Boal, an inspector with the RSPCA, said in a press release. “They’re only a few weeks old and are extremely vulnerable.” 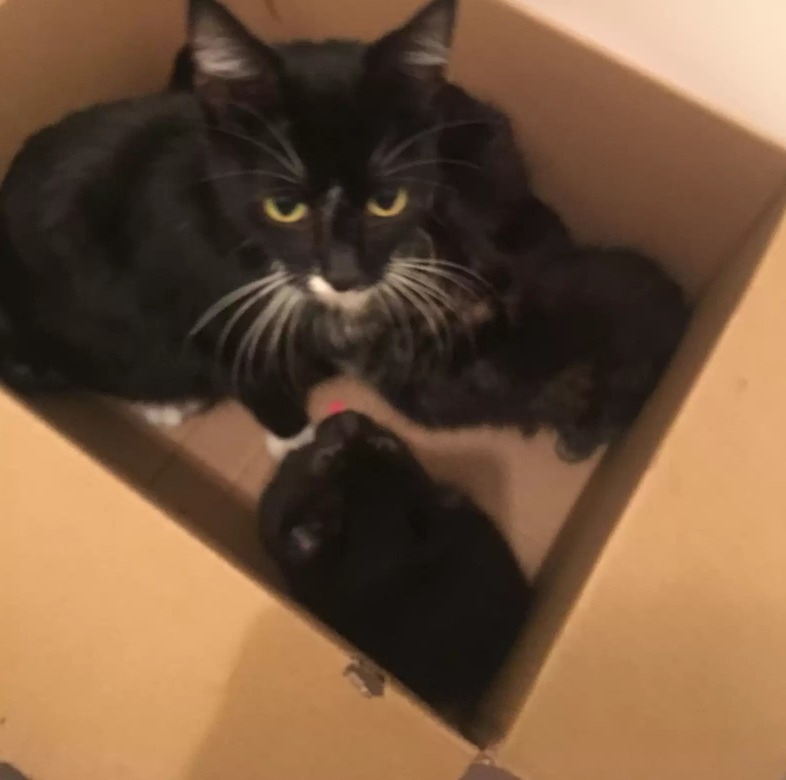 The RSPCA’s Newbrook Farm shelter took in the tiny family, and following a medical examination, it was found that all five cats were healthy. They’re fortunate that the cold didn’t make them sicker — and that the wonderful woman discovered them and took them in at just the right time.

“We’re in the midst of a period of incredibly cold and perilous weather, so abandoning a mother cat and her kittens like this is terrible,” Boal added. “Thank goodness, this lady was able to take them home and keep them warm until we arrived, and we’d like to express our gratitude to her.” The mother cat was given the name Disco, and the kittens were given the names KP, NikNak, Pringle, and Skip by the shelter staff. The kittens are about 6 weeks old, and the whole family will be available for adoption shortly. Everyone is ecstatic to assist in finding the cats their forever homes, and they are overjoyed that they all get a second chance after being brutally abandoned. 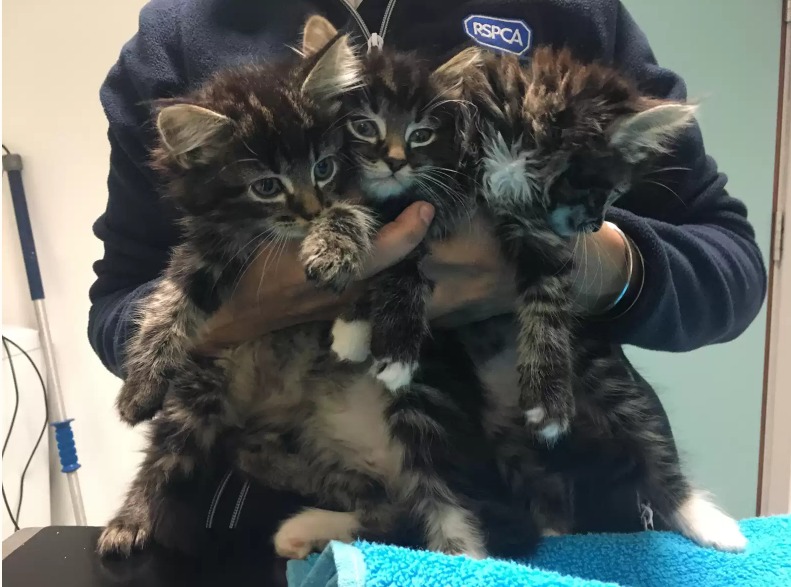 “Unfortunately, the RSPCA sees this all too often,” Boal added, “mums with their litters or kittens abandoned on their own by owners who ended up with unwanted kittens.” “Now, I’d want to hear from anyone who knows where these cats came from or who is responsible for abandoning them in such a horrible manner.”