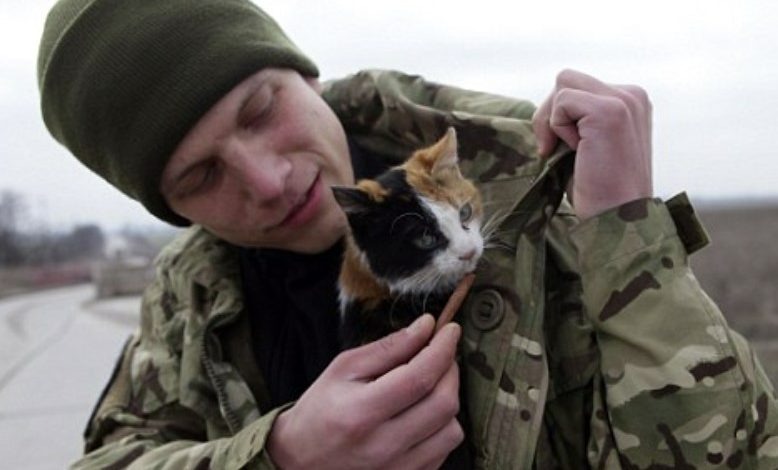 At the trenches of eastern Ukraine, soldiers in the dugouts have found solace in the unlikely companionship of stray cats.

Some of them are not stray cats but house cats rescued from shelled villages and they are helping boost morale and protect soldiers who are living and fighting in the area. 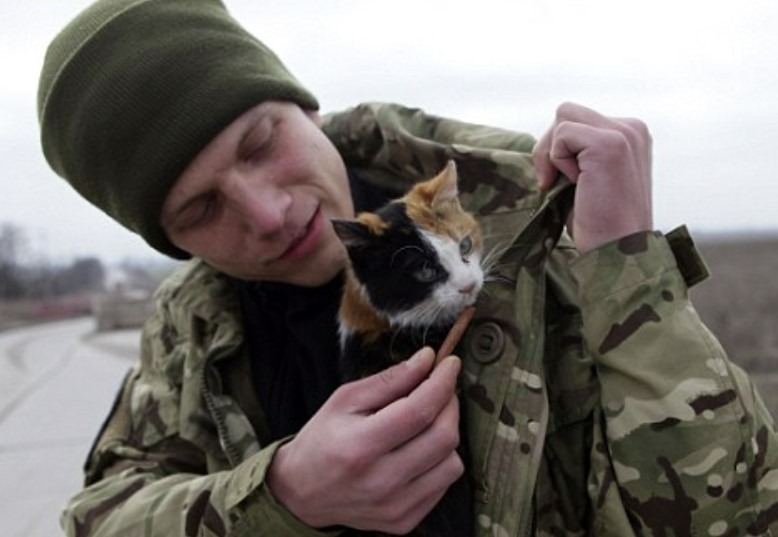 Around 15 cats had taken up residence together with the soldiers in Volodymyr’s section of the trenches.

“They were abandoned. They had to fend for themselves. We have to feed them,” Volodymyr said, pouring leftover soup for the cats. 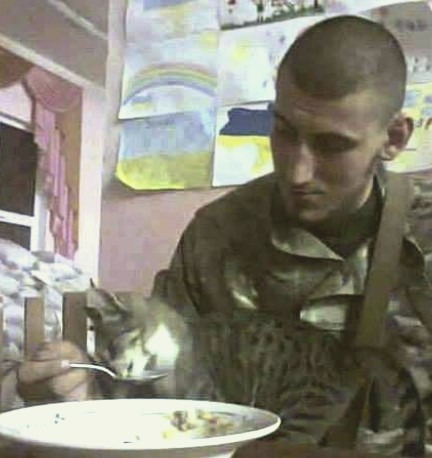 A military medical attendant said: “the cats give a morale boost to homesick soldiers.” 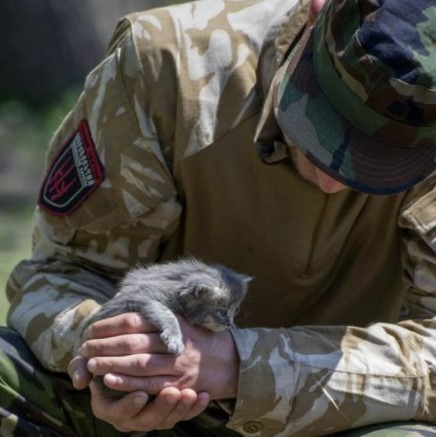 He added: ‘They are like an anti-depressant – they lift your mood. You call them, and a whole swarm of them comes running your way. And you immediately feel better.’

One of the soldiers is full of praise for his black hunting cat, Chernukha. 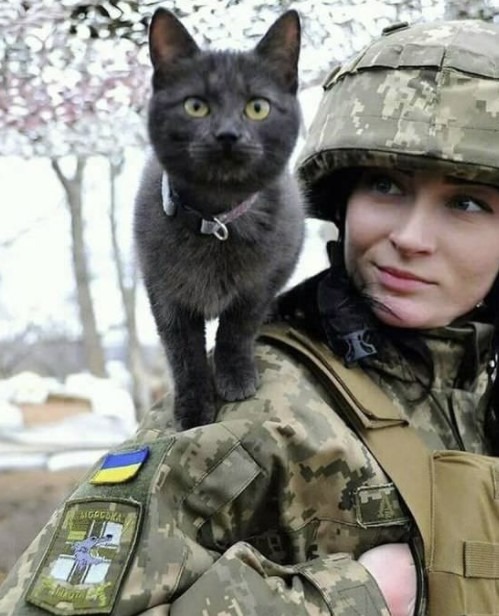 “Field mice were running around the dugouts… she caught them all!” the proud soldier said.

Having these animals around have been a true blessing for these soldiers, helping them relax and bringing respite to their daily routine. 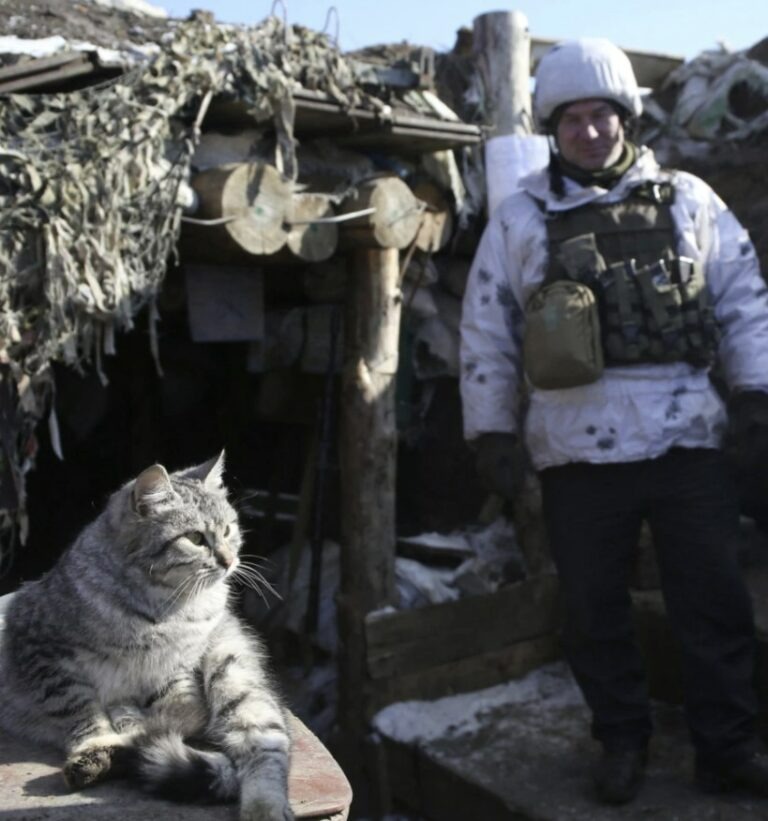 Another soldier shares his blissful experience: “You come back to the post, lie down on the bed, and the cat lies on your stomach wanting to be petted; It’s a sedative.”

After spending months on the frontline with their adopted strays, some soldiers have ended up taking their new comrades home, away from the fighting. 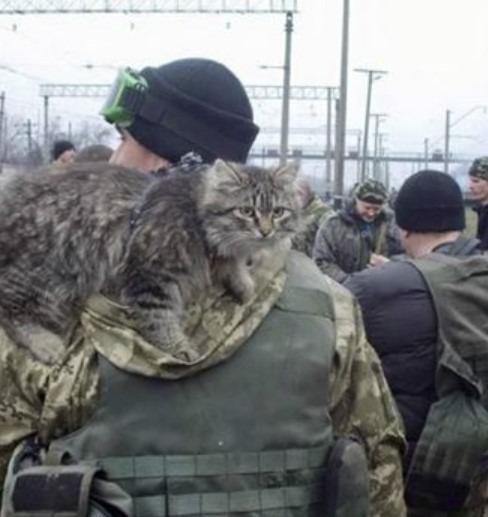