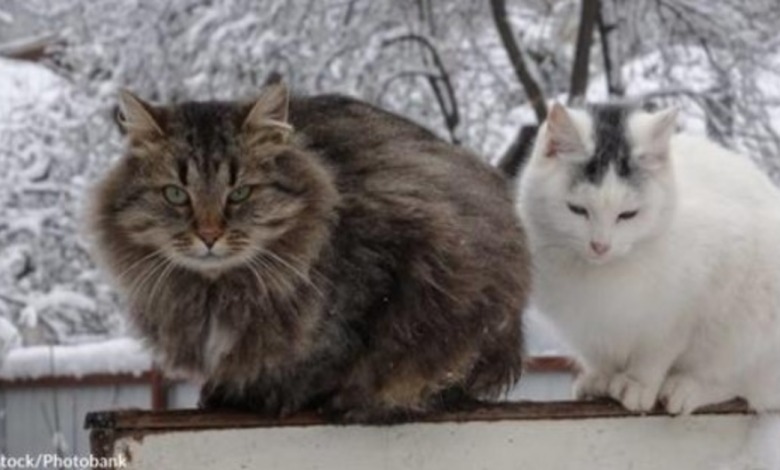 This story was originally shared on The Animal Rescue Site. Submit your own rescue story here. Your story just might be the next to be featured on our blog, writes blog.theanimalrescuesite.greatergood

About two years ago, a friend of mine told me that he had a cat in need of a home. He has long cared for the feral colony that makes its home in a pile of scrap auto parts out behind his shop, so I figured he’d tamed another feral. But this cat came from a hoarder situation in Dallas where the woman with 50 cats in a small townhouse had passed away in the bathroom with the water running in a sink. When the landlord came to investigate his flooded property, he called animal control – and my friend, who was one of the woman’s in-laws. The first cat captured was the one who was least afraid of all the water in the place: A Turkish Van who was merrily swimming through the living room. I took him in and called him “Buster” after Buster Crabbe, the Olympic swimmer.
A pet detective friend of mine who knew I liked Norwegians spotted one at East Lake Pet Orphanage, also three hours north of me in Dallas. Ringo had been abandoned in an empty apartment when somebody lost his lease. I promised myself I wouldn’t drive to Dallas to look at him, since two large male cats in the same house could spell real trouble. But I looked and fell in love – and brought Ringo home to Austin, fearing the fur might fly or I might have to re-home him myself if things got really bad.

Little did I know that the two guys would become best friends in the whole world. 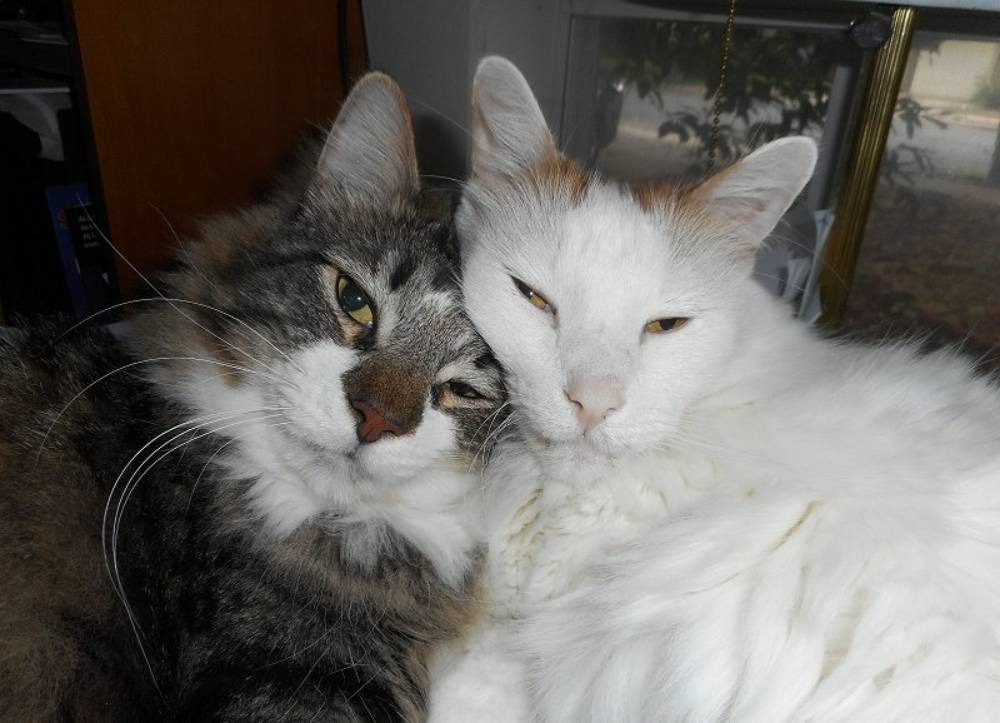 It’s wonderful to rescue a cat and find a new friend. But it’s been really amazing to see two cats find their own BFF’s along the way.

Story submitted by Eric Overton from Austin, Texas.
This story was originally shared on The Animal Rescue Site. Share your very own rescue story here!