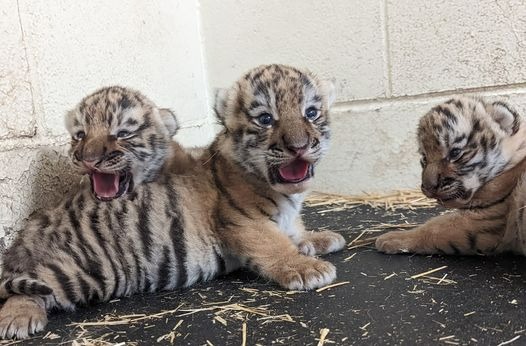 When a species is endangered, repopulation programs and accredited zoos can go a long way in ensuring their survival. One of the species most in need of repopulation is the Amur tiger, considered one of the most critically endangered big cats in the world.

But now, the recent arrival of three adorable Amur tiger cubs is inspiring hope for the survival of this species.

On June 9, the Minnesota Zoo announced in a press release that Amur tiger Sundari (or Dari for short) had successfully given birth to three newborn cubs last month — fittingly, on Mother’s Day.

Sadly, one of her cubs did not survive, which the zoo says is “not uncommon for litters this size.” But the three remaining cubs — two male and one female — are doing great, bonding with their mom. The cubs’ father, a male tiger named “Putin,” died in March.

“Dari has proven to be an incredible mother to these cubs,” Dr. Taylor Yaw, Chief Animal Care, Health, and Conservation Officer, said in the press release.

“She has been attentive, nursing around the clock, and keeping the cubs groomed and by her side. The deep bond and trust that our keepers have formed with Dari over the years has allowed us to monitor the cubs and safely separate her from the cubs in order to perform routine health checks.” 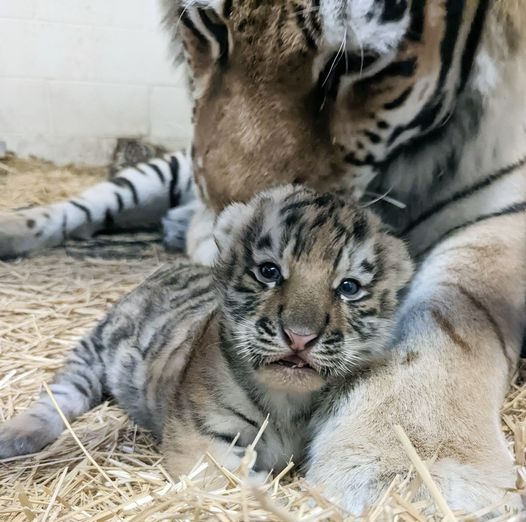 The cubs’ birth is especially great news because the Amur tiger, also known as the Siberian tiger, is one of the most endangered species of big cats on earth. Native to the Russian Far East and Northeast China, the species is gravely at risk with only 500 left in the wild.

“Amur tigers are among the most endangered animals in the world,” said Dr. Seth Stapleton, Minnesota Zoo Director of Conservation. “Their numbers have declined dramatically over the last decades as a result of habitat loss, poaching, loss of prey, and other factors, which is why the role of zoos in tiger conservation is so crucial.” 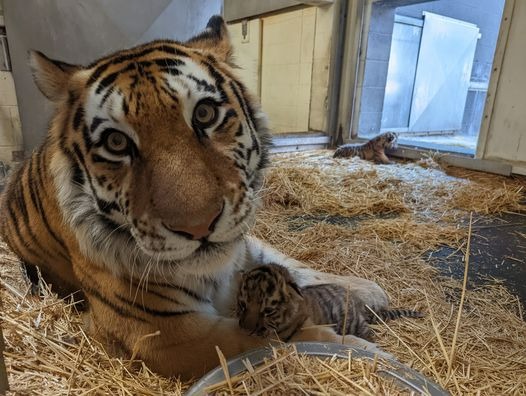 “These cubs represent a major, positive step forward in our efforts to support the global population of Amur tigers,” said Minnesota Zoo Director John Frawley. ”Having three thriving cubs, and a mother who is successfully raising them, is a true testament to the care and dedication provided by our incredible team of zookeepers and veterinary staff.”

The tiger cubs are bonding with their mother behind the scenes. These early months are a critical time in their development, so zoo staff will be keeping a close eye on them to make sure they are growing strong. 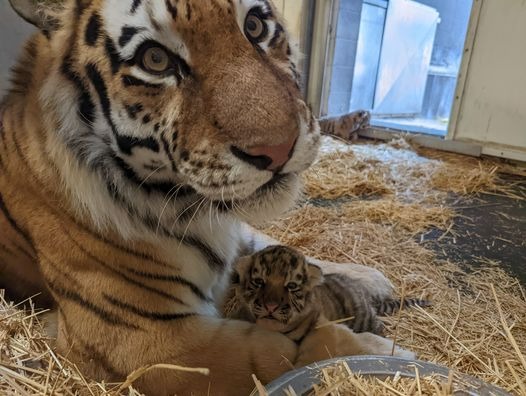 If all goes well, the cubs will be available for public viewing in late July. Hopefully visitors will be inspired by the adorable newborns to get involved with Amur tiger conservation.

While the Amur tiger has a long way to go, there have been positive signs for their future. This marks the second arrival of tiger triplets this year: the Roosevelt Park Zoo, in Minot, North Dakota, welcomed three cubs of their own in March.

What great news! These adorable cubs are an inspiring sign of hope for this endangered species. Welcome to the world, little ones! 🐯🐯🐯