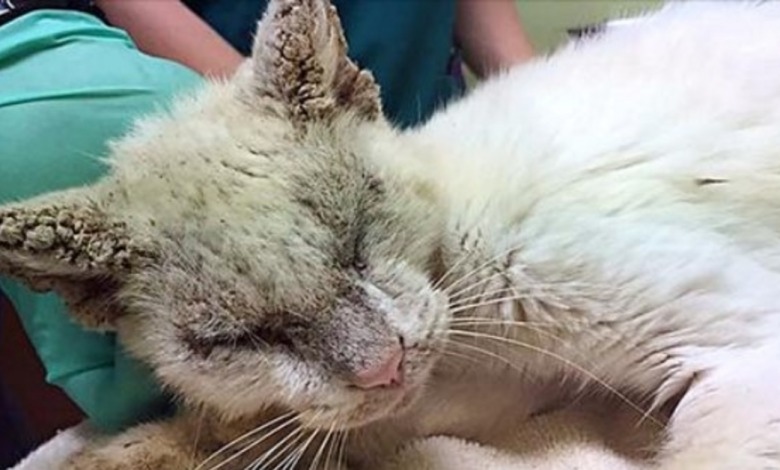 At six years old, Cotton was living on the streets, starving and suffering from horrible mange that ravaged his weak body, writes ilovemydogsomuch

Due to the parasitic mites, his face was covered in scabs and he was no longer able to open his eyes. Now without his vision, it became even harder to fend for himself. Thankfully, Cotton’s struggle and life on the streets were about to come to an end, thanks to the founder of a local animal rescue organization.

Carmen Morales Weinberg, founder of Animal Friends Project Inc., saw how badly Cotton was suffering and immediately took him in to help him. It was unknown if he would ever recover but she promised him that she would do everything she could to nurse him back to health. The first step was treating his mange mites that were causing him so much pain and discomfort. 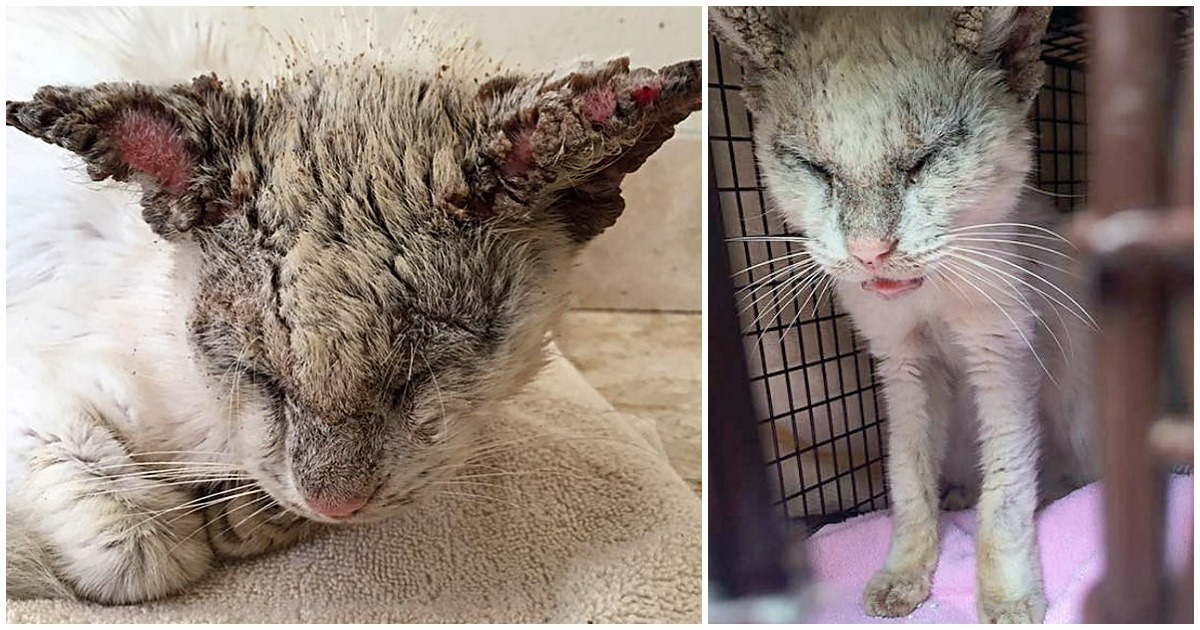 With help from antibiotics, his mange began to disappear and his skin started to heal. As the days went on, Cotton was finally able to relax without having to itch his mangy skin anymore. Not only did his fur grow back, but his eyes opened, revealing the most stunning eyes Weinberg had ever seen!

Weinberg had assumed that the mange had left him blinded for life but she was thrilled that this wasn’t the case. Cotton has one hazel eye and one beautiful blue eye, a condition called heterochromia. Now that Cotton could finally see again, he was noticeably happier and relieved. 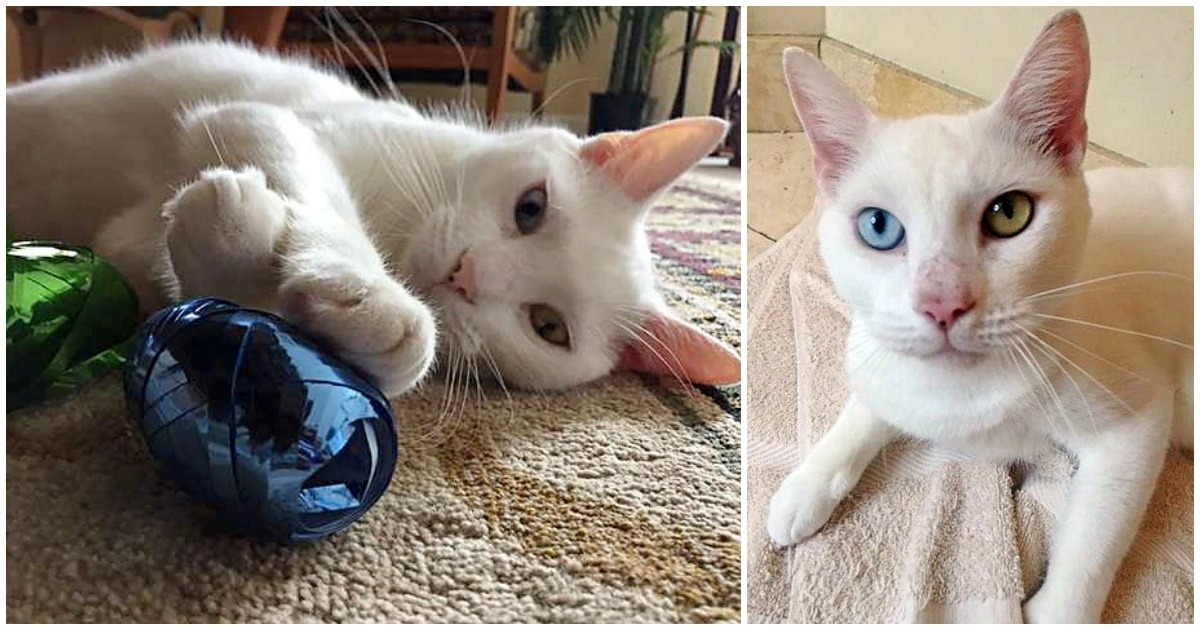 Once Cotton was given a clean bill of health, Weinberg realized that she couldn’t say goodbye to him. She had grown so attached to this sweet kitty and decided to adopt him permanently! Now Cotton will get to live a life filled with love and happiness and can kiss the streets goodbye forever.

Watch Cotton’s story in the video below.