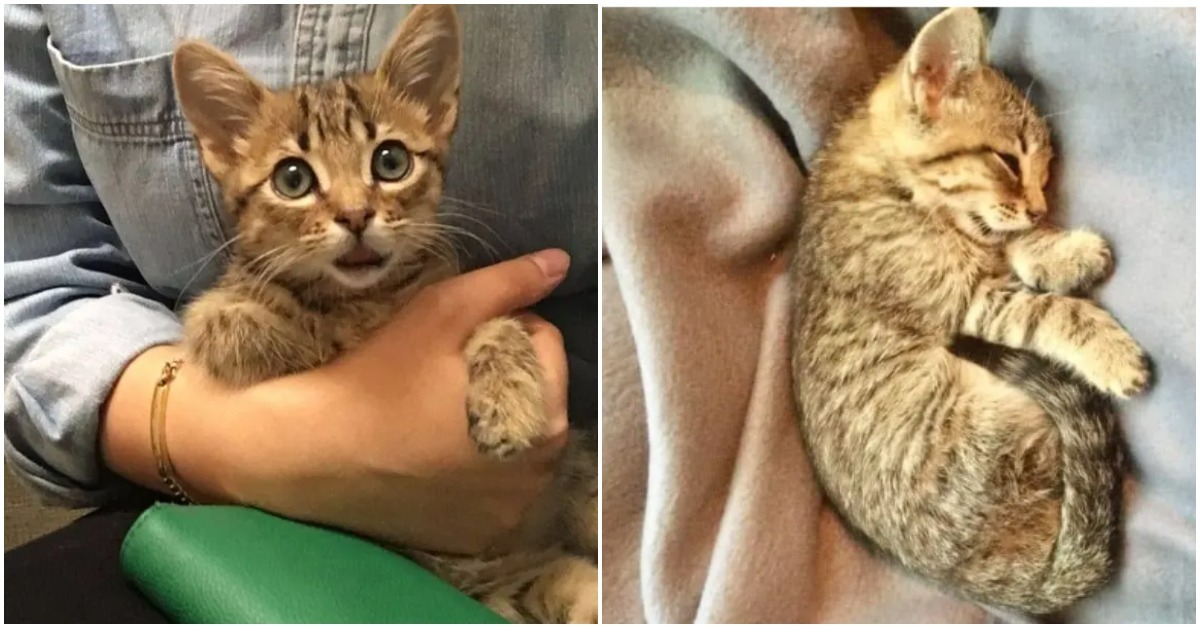 When Shadi Delshad was walking down a nature route, she heard a terrified cry.

She quickly recognized the little sounds of anguish coming from an injured kitten hiding behind a tree.

She took her time approaching the kitty.
He didn’t freak out, try to flee, or rush up to her. That’s when she realized he’d been gravely hurt. 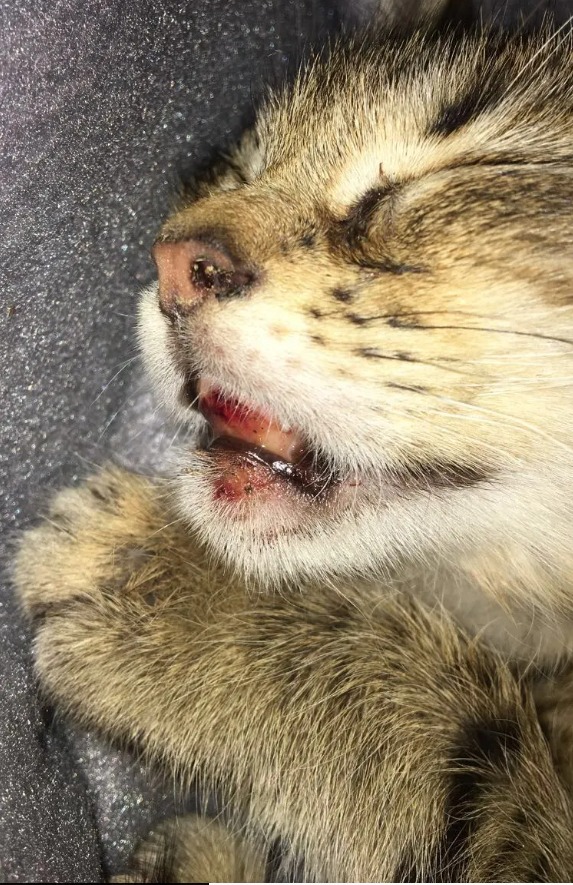 His jaw skin had been ripped away, leaving his mouth bloodied and exposed. His right paw was limp, but his left paw clutched Shadi’s clothing tightly.

Shadi hurried back home with the cat, cleaning its wounds. He was so weary that he refused to eat or drink. He sank into her lap and slept off with his last ounce of vigor.

At first, she didn’t think he was going to make it. All she could do was cry because she thought she was too late. But after 8 hours of sleep, the kitten finally woke up!

Little by little, he started eating wet food and drinking water. Shadi gave him the name she had always planned on giving her first kitten: Moosh! 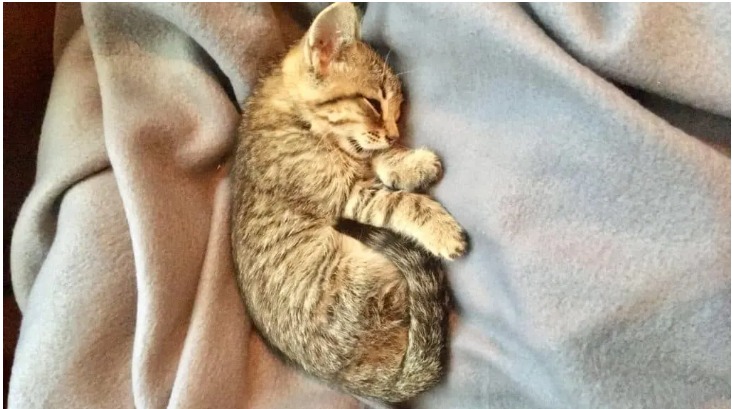 The vet gave Moosh a thorough examination and bad news.

He said the cat had been thrown out of a moving car, based on the sort of injuries he had sustained.

“His mouth injury was the biggest sign we had.” “When a cat is flung out of a car, it lands on the pavement head first,” Shadi stated. “That’s why his mouth flesh got pulled off.”

It’s a marvel Moosh didn’t die on the spot, considering he was only 5-6 weeks old. 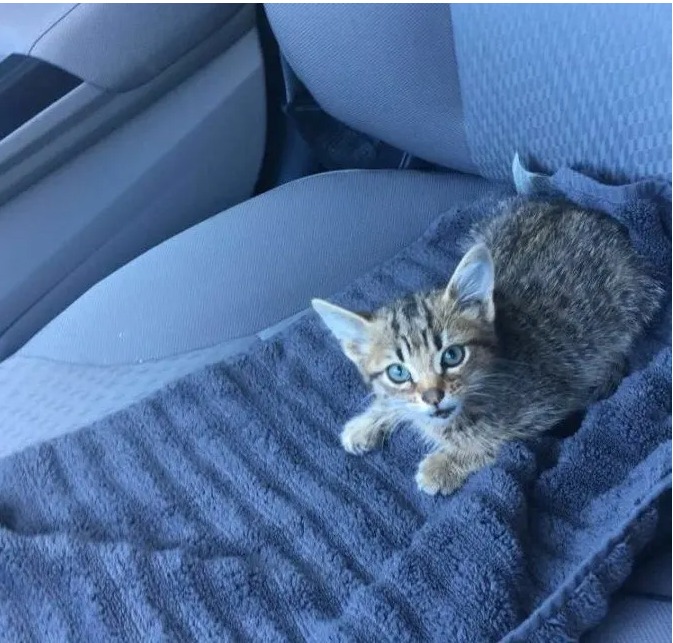 His limp was because of nerve damage to his right paw and the doctor was unsure if it would ever heal.

In fact, it might even get amputated if he continued to drag it and form painful sores.

But there was still hope, he referred Shadi to a veterinary neurosurgeon in a neighboring town. 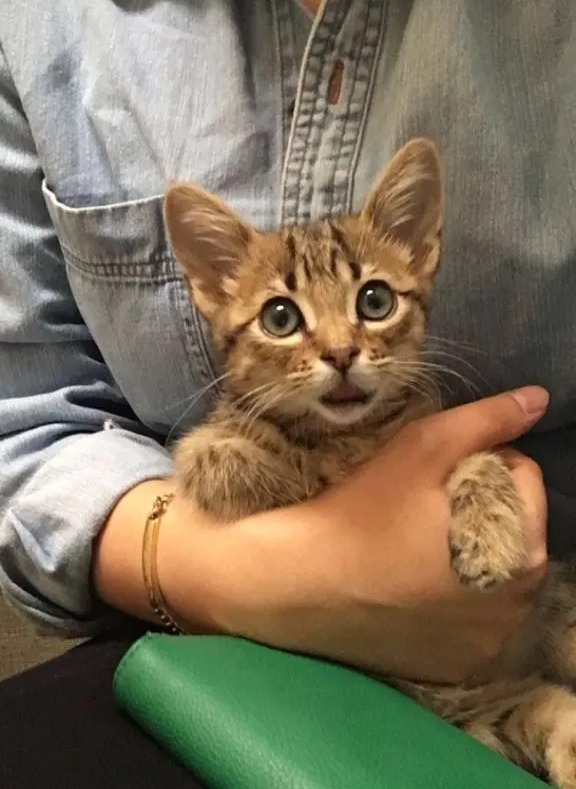 In terms of his mouth, the skin from his jaw had degloved, which means the skin had separated from the muscle.

His mouth’s exposed flesh looked like a raw wound that would never heal.

When something made touch with his open wound, he would suffer. Simple things like eating and drinking were excruciatingly uncomfortable as a result. To make matters worse, the bare wound made him very susceptible to infection. 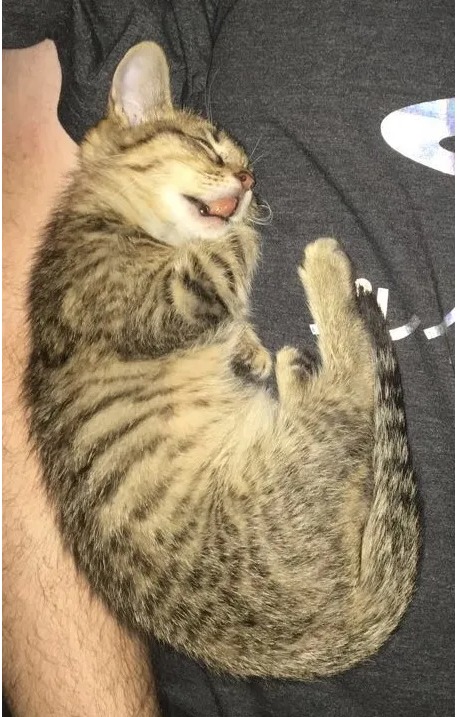 Before his operation, here’s a video showing Moosh limping.

He has the sweetest meow! 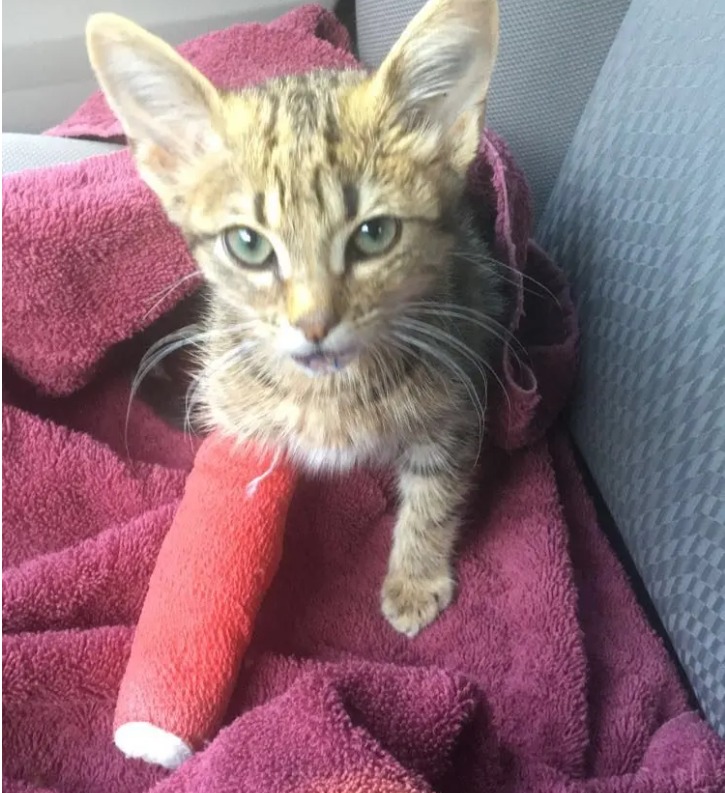 Shadi scheduled an appointment with a veterinary neurologist right away. His limb had a 50/50 probability of regaining function.

They had no choice except to cast his leg and hope for the best.

The cast was designed so that he would learn to put his weight on his leg rather than drag it, causing sores that would need an amputation. There was some positive news to be found! If he underwent surgery, his mouth may fully heal.

Moosh was on his way to being a healthier, happier kitty once Shadi agreed to the operation.

The skin from the bottom of his jaw was stretched up to his gum line and sewed on during the procedure.

The procedure went off without a hitch! 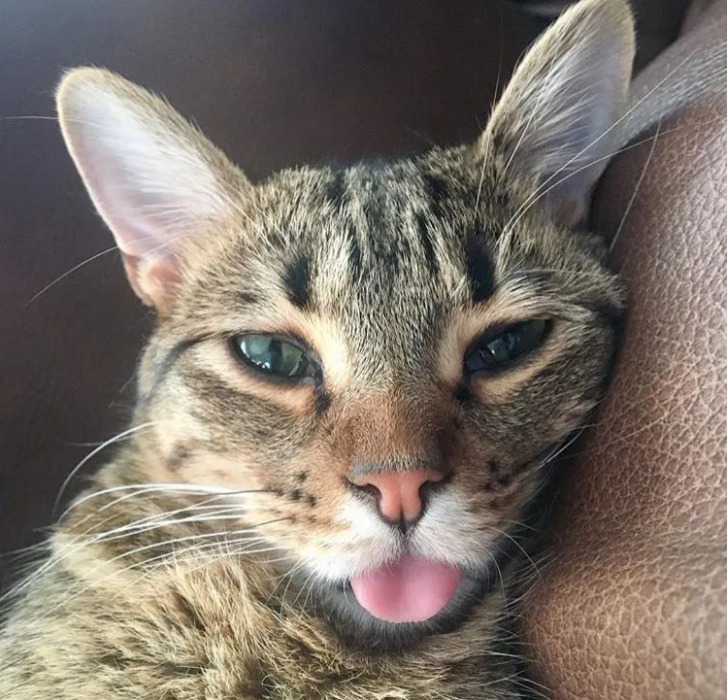 Moosh seemed to feel a lot better right away.

He was overjoyed that he could finally eat and drink without agony, despite the fact that he would have to wear sutures for a few months. When he walks, he still has a limp, but he no longer drags his leg behind him. Shadi is thankful that he did not have to have his leg amputated.

It took a long time for him to recover, but he’s now a happy and healthy cat. He spends his days relaxing in front of the window, soaking in the sun.