A 700,000-year-old human skull known as the “Petralona man” or “Archanthropus of Petralona” was discovered in 1959.

Since then, scientists have been trying to find out where this skull originated from, which has prompted a lot of conversation. 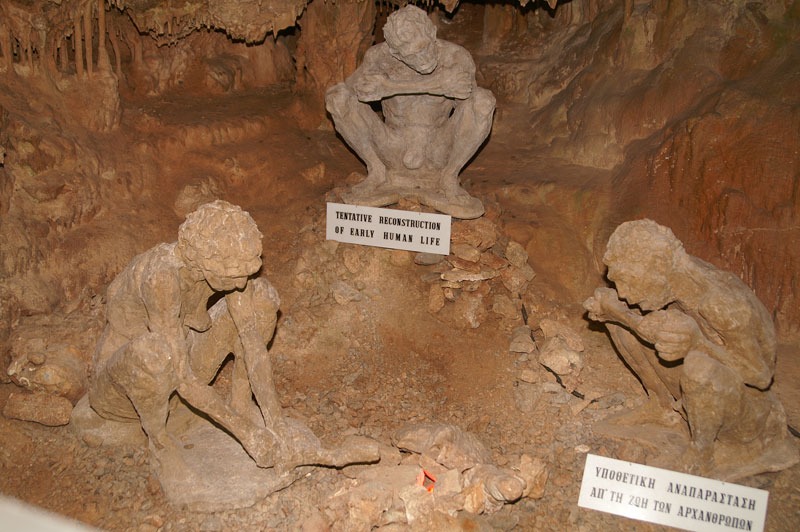 The skull, indicating the oldest human “Europeoid” (presenting European traits), was embedded in a cave’s wall in Petralona, near Chalkidiki in Northern Greece.

The cave, rich in stalacтιтes and stalagmites, was accidentally located by a shepherd.

Dr. Aris Poulianos, an expert anthropologist, member of the UNESCO’s International Union of Anthropological and Ethnological Sciences and founder of the Anthropological ᴀssociation of Greece, was ᴀssigned a research on the cave and skull.

Before that, Dr. Poulianos was already known for his thesis on “The origin of the Greeks”.

His thesis was based on craniological and anthropometrical studies of Modern Greek populations, which proved that modern Greeks are related to ancient Greeks and that they are not the descendants of Slavic nations.

After the extensive study on the 700,000-year-old skull, he concluded that the “Petralona man” was not connected to the species that came out of Africa.

His arguments were mainly based on the skull’s almost perfect orthography, the shape of its dental arch, and the occipital bone construction.

According to the “Out of Africa” theory, “anatomically modern humans” known as “Homo sapiens” originated in Africa between 200,000 and 100,000 years ago before spreading to the rest of the world. This theory was related to the fact that most prehistoric fossils were found in Africa.

Moreover, Breitinger claimed that the skull belonged to the “first African out of Africa”. A few years later, in 1971, US Archaeology magazine confirmed Poulianos’ statement. 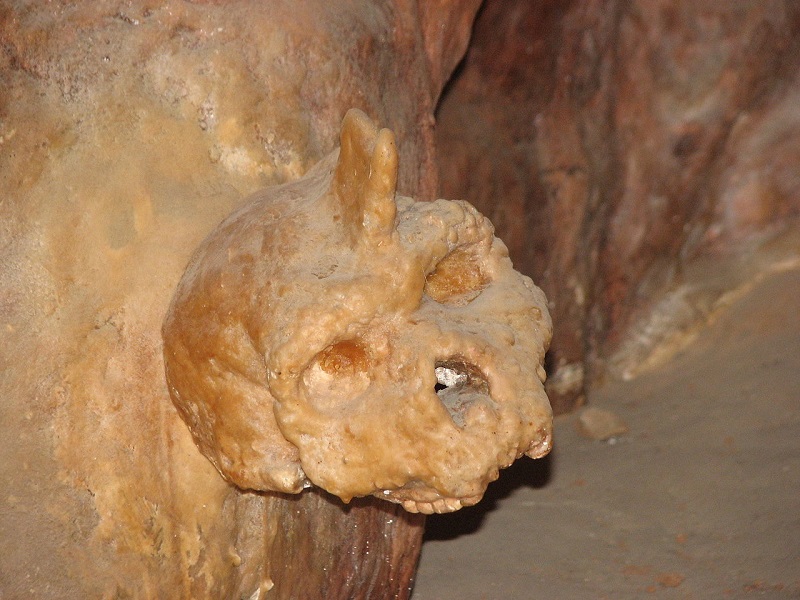 According to the scientific magazine, the existence of a cave dating back more than 700,000 years and human presence in almost every geological layer were ascertained.

Additionally, the magazine affirmed that human presence became evident from the discovery of Paleolithic tools of the same age and the most ancient traces of fire that was ever lit by human hand.

The research continued from 1975 to 1983, when the excavation stopped and findings remained inaccessible to study until 1997. 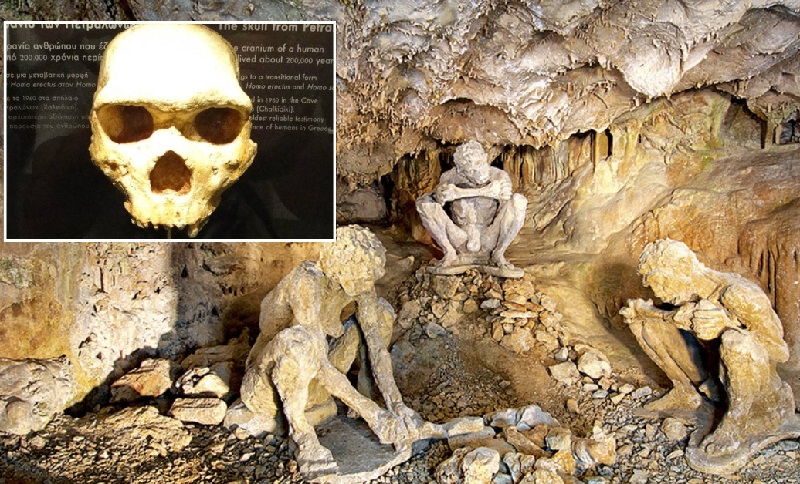 Most academics believe that the skull belongs to an archaic hominid with strong European traits and characteristics of Homo erectus, Neanderthals and sapiens, but they distinguish it from all these species.

This incredible discovery raises new questions on human evolution and certainly challenges the “Out of Africa” theory.