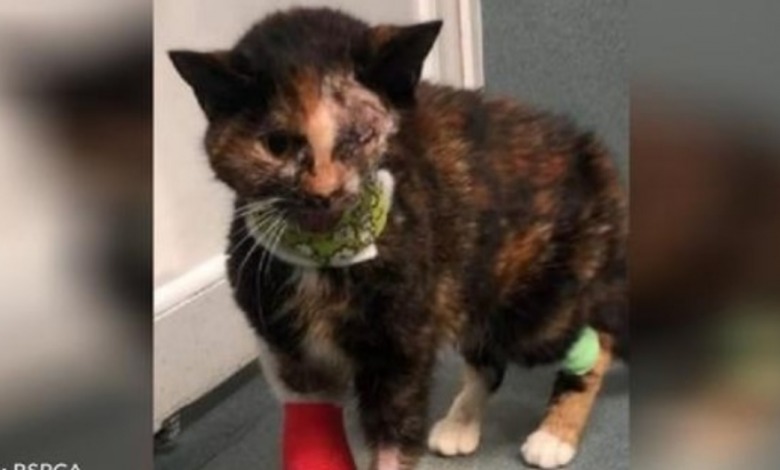 A four-year-old stray cat was struck by a bus and miraculously survived, writes blog.theanimalrescuesite.greatergood

The feline was clearly injured but fled as bystanders tried to help her.

The Royal Society for the Prevention of Cruelty to Animals (RSPCA) Southridge Animal Centre heard about the injured cat and spent over two weeks searching for her. After posting on social media, reaching out to local vets, and hanging posters, the injured cat was spotted 16 days later and rescued. 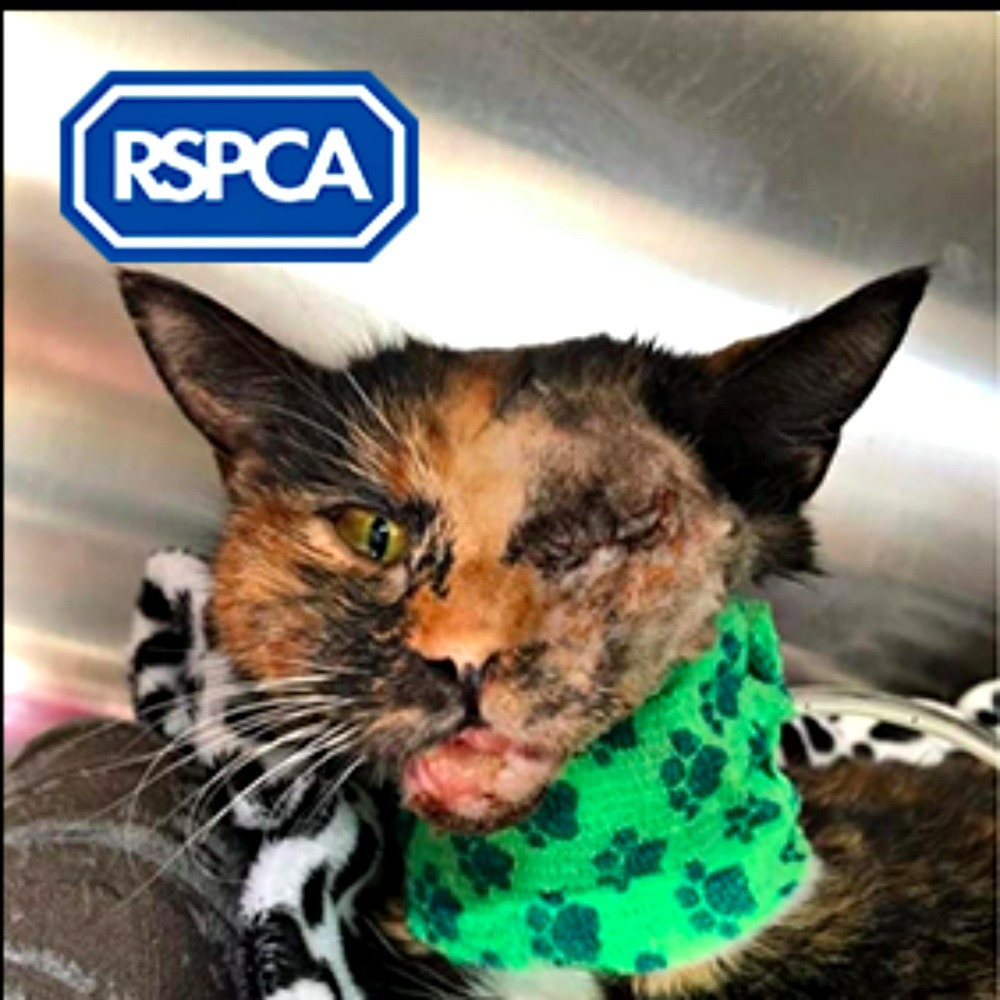 She was rushed to a vet who immediately started to treat her extensive head injuries. The feline had a smashed jaw, which prevented her from eating, so she was very weak and underweight. One of her eyes was damaged in the accident and needed to be removed.

Southridge deputy manager Mona Jorgensen said, “It’s a miracle that she’d survived with those horrific injuries especially as they’d left her unable to eat. She showed that she was a real fighter.”
The staff named her Trudie after St Gertrude the Patron Saint of Cats. 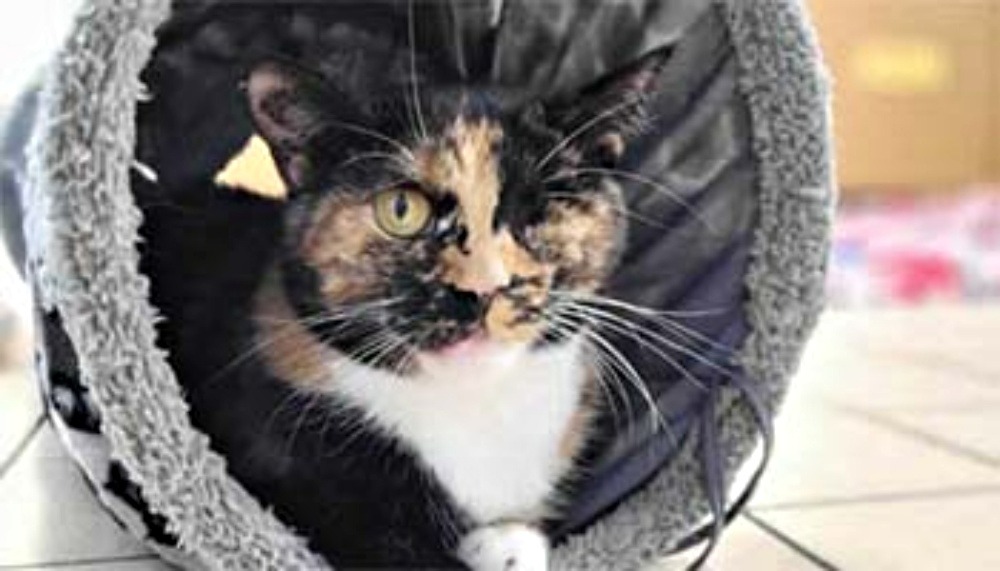 The resilient cat spent the next six months recovering and winning the hearts of all staff members. While no one wanted to see Trudie go, it was time to find her a loving forever home.
Animal care assistant Amy Hearne, who helped nurse Trudie back to health, described her as, “cheeky, affectionate and playful; she’s such a character and will bring so much joy to the right family. She’s still a youngster and absolutely loves to play but is also a real cuddlebug and will curl up on your lap within seconds of you sitting down.” 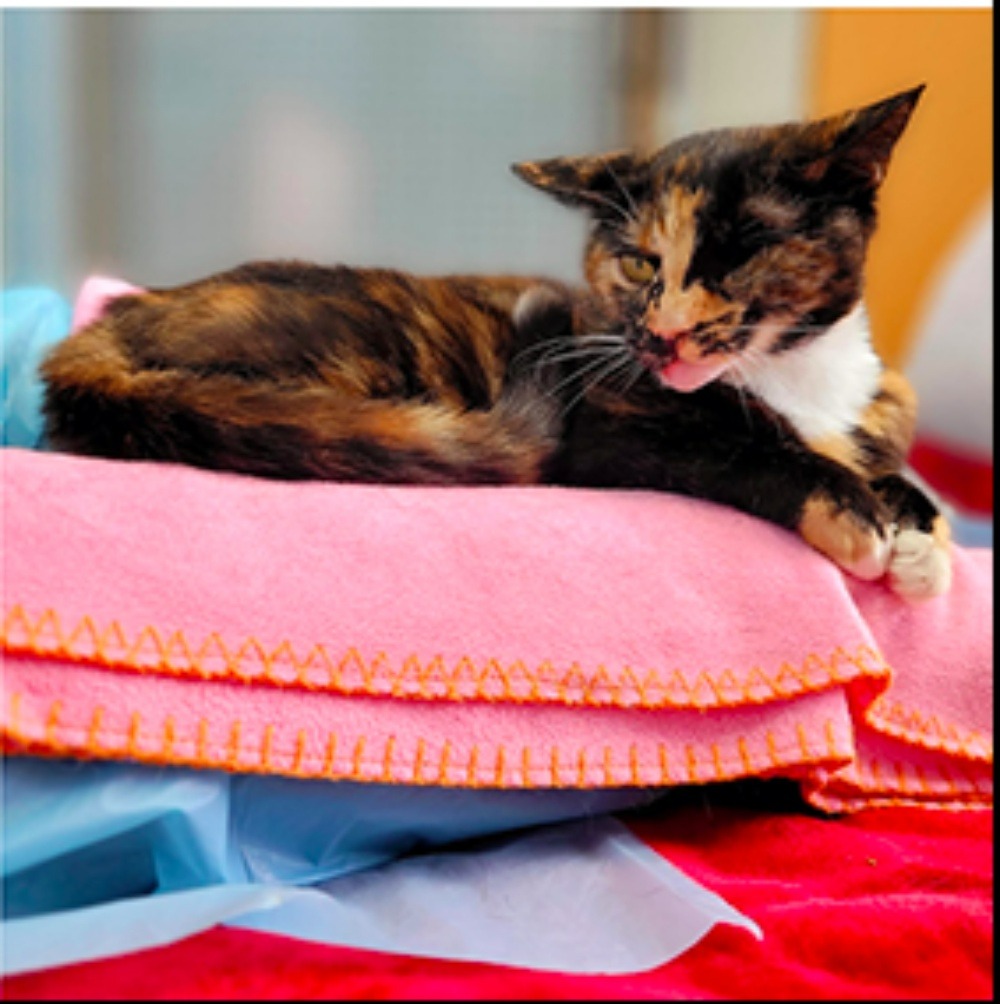 Dennis Hooper and his partner Shirley Carter stepped up to offer the sweet tortoiseshell a purr-fect forever home. The couple said, “We’re big animal-lovers, particularly cats, and I knew I’d choose an animal who had been through the worst time so I could show them a lovely life.”
The charity shared the happy news on Facebook for all of Trudie’s fans to see. They wrote, “Do you remember this gorgeous girl? We’re supurr happy to announce that Trudie, who meowgically survived catastrophic injuries after being hit by a bus, has recovered and finally found her purrfect home!” Trudie is doing well in her new home. She wants for nothing and spends her days napping in the sun and watching birds.
Dennis provided an update to staff and said, “She is smashing; she absolutely loves fuss and is a really sweetie. She is progressing really well. She loves to spend time in the sunny conservatory; she has her own chair, two armchairs and a settee to choose from so she moves around to snooze in different spots!”

Trudie is greatly missed by the staff and volunteers, but Dennis invited them to come see her whenever they want.