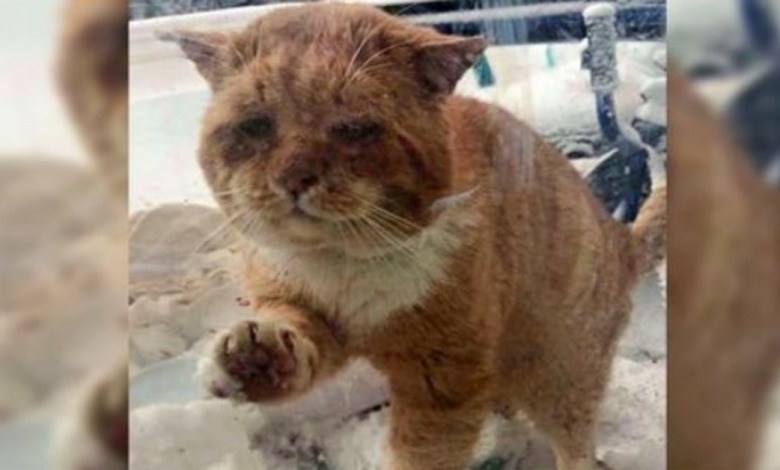 A woman heard cries coming from her backyard and was shocked to find an orange tabby cat standing in the snow, writes ilovemydogsomuch

The neglected cat was pawing at her front door, meowing as if he was asking for help.

The homeowner just happened to be a foster volunteer with a kitten rescue in Quebec called Un Chat a la Fois. She messaged the rescuer’s founder, Marie Simard, with a photo of the cat, but Simard said they weren’t taking in any more adult cats. 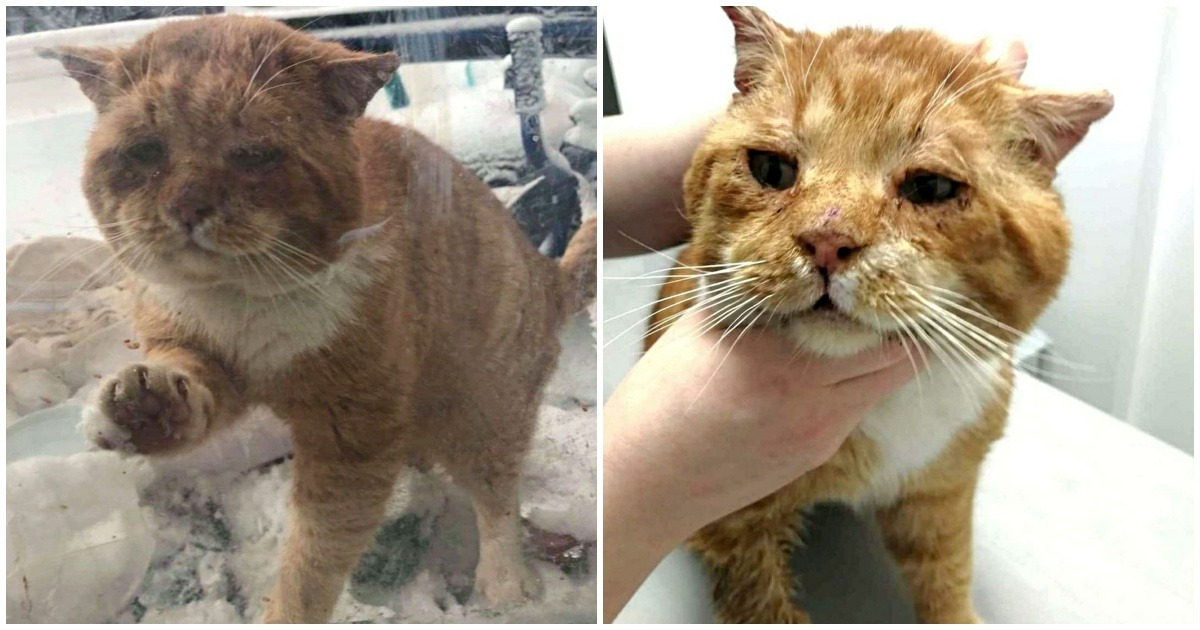 Simard told her to take the poor kitty to their partner clinic, so he could be examined, since he looked like he was in desperate need to medical attention.

It turns out that the cat had a plethora of issues. He was covered in bite wounds, fleas and ticks. He was also suffering from frostbite and diabetes, and had rotten teeth. It was obvious by his condition that this cat had been a stray for a long time, and definitely wouldn’t have made it through another winter outdoors if he wasn’t rescued.

The cat, who Simard named “Aslan,” was extremely nice to the veterinary staff and everyone he met. He would even stick his paw out of the cage at the vet so people would pet him. 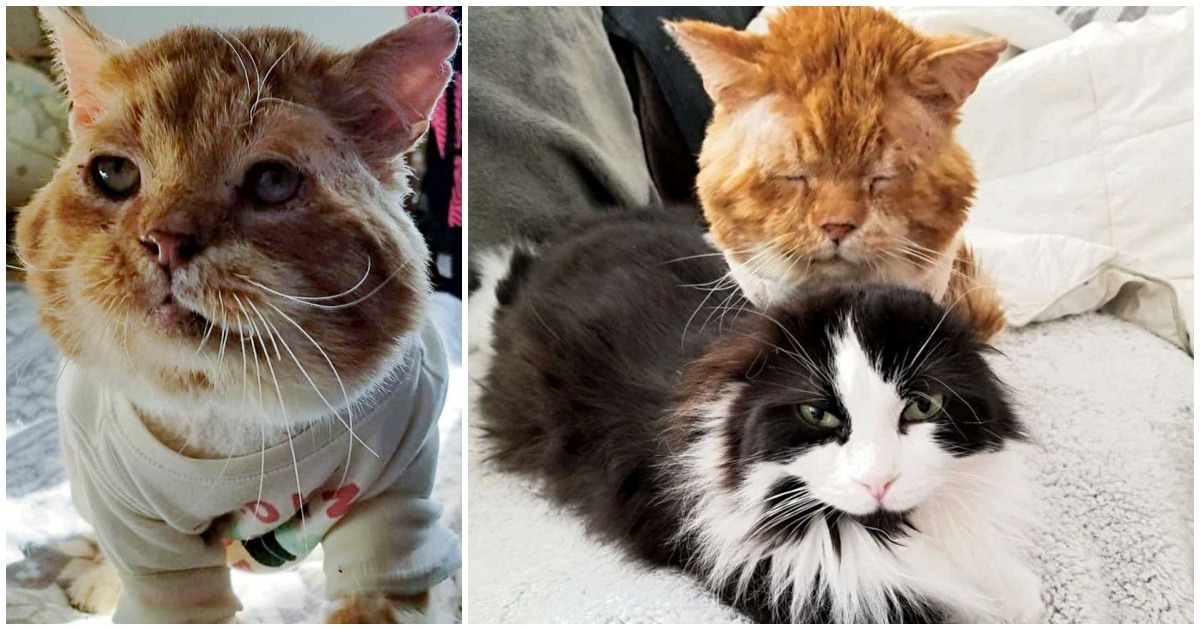 They got along so well that his foster mom decided to permanently adopt Aslan so he could be with them for the rest of his life!