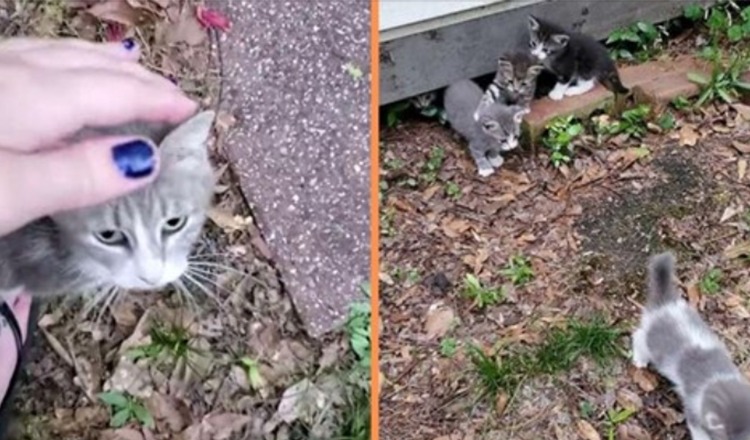 Shea Prior is a cat lover, she enjoys spoiling her two kitties, giving them both the comfy life they deserve, writes kingdomstv.

One day she spotted a stray cat hanging around her yard. She tried to befriend the wild tabby but stray cats are skittish and it took a little while to gain her trust.

She finally got the cat to trust her enough to accept food from her. It was then Prior realized the cat was producing milk, which means she must have some kittens somewhere.

Shea Prior spotted this stray wandering around her yard 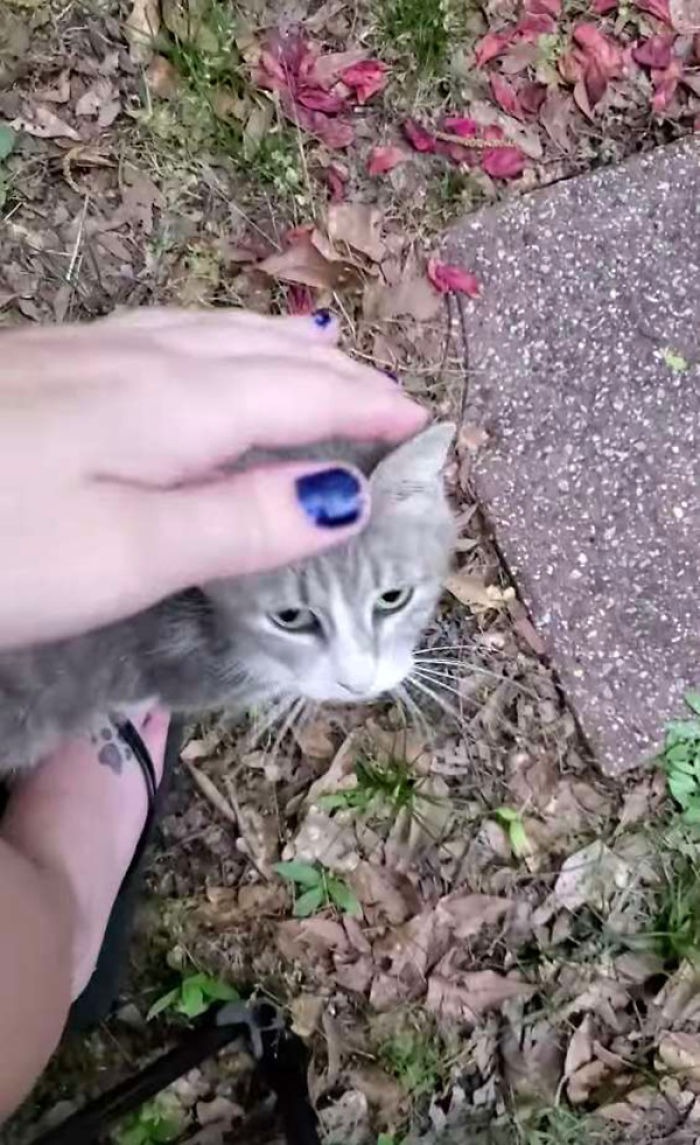 The stray was am aiding mama cat, but she only noticed the cat was producing milk a couple of days into their new feeding routine.

After a little while getting familiar with each other, the cat got close enough to allow Prior to feed her 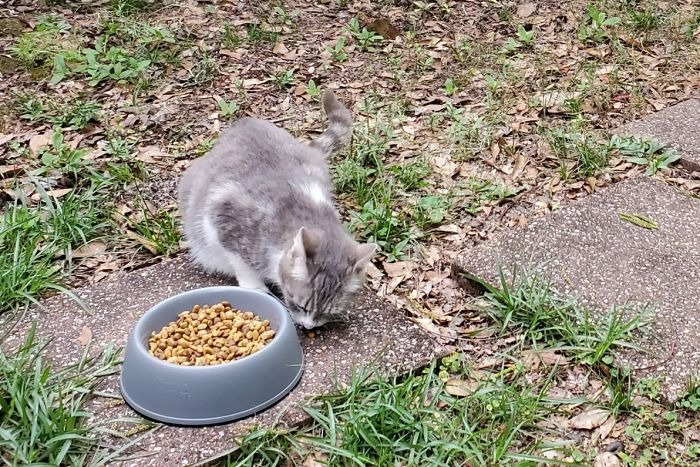 “I was petting her and went to pick her up and that’s when I realized she had milk in and had been nursing some babies,” said Shea. She was excited about her realization and wanted to help out with the kittens, so she figured she’d just ask the cat to show her family to her.

After a couple days of a feeding routine for her new friend, Shea noticed the cat was producing milk 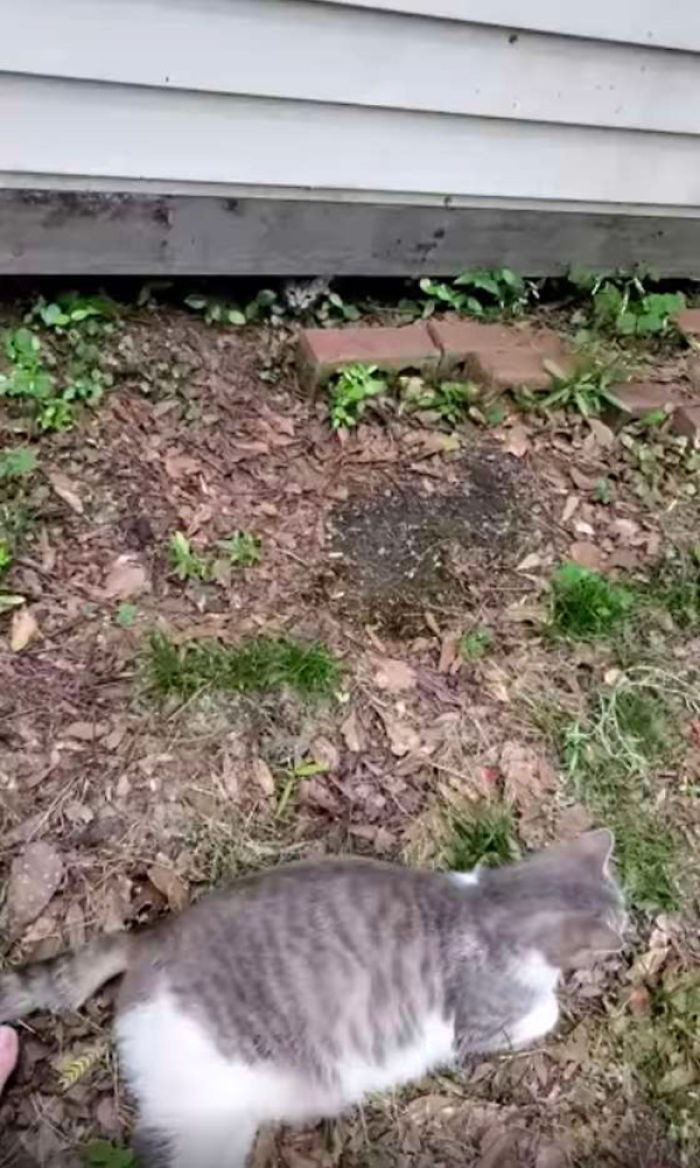 “I started telling her to show me to her babies, and that I bet her babies were so pretty.” It seems that her words were the reassurance the mama cat needed as she led Prior to her babies the next day.

“I was petting her and went to pick her up and that’s when I realized she had milk in and had been nursing some babies,” said Shea 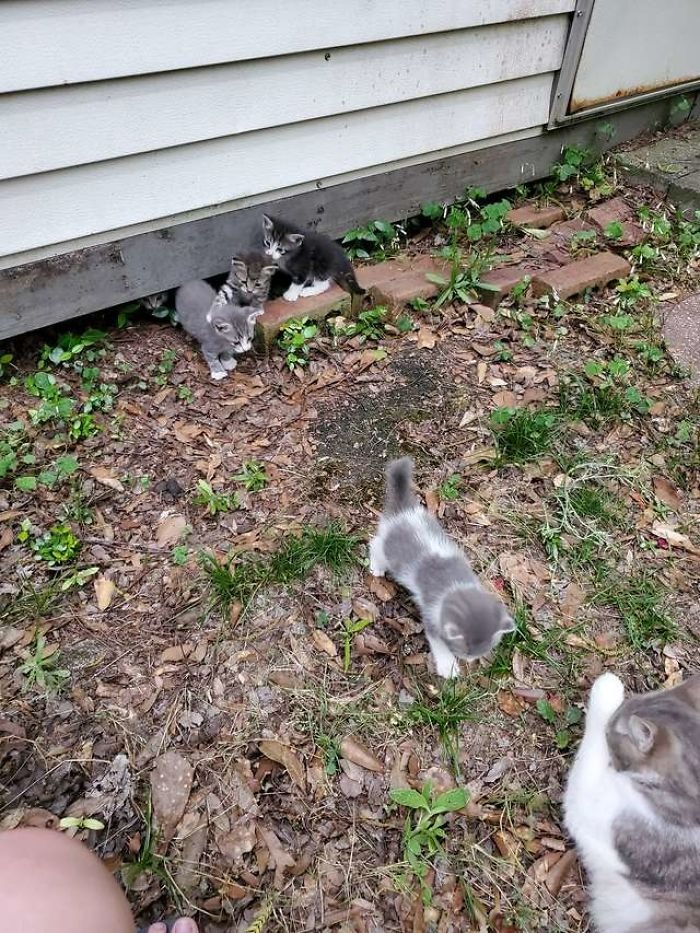 “She came running up to me and rubbed on my leg while making her little croaking noise she does,” Prior said. “She led me over to my shed and I looked and saw a couple little fluffballs staring back at me. She flopped over on her side and started calling to them to come out and see me.”

Shea asked the mama cat to show her the babies. she said they sure are very pretty 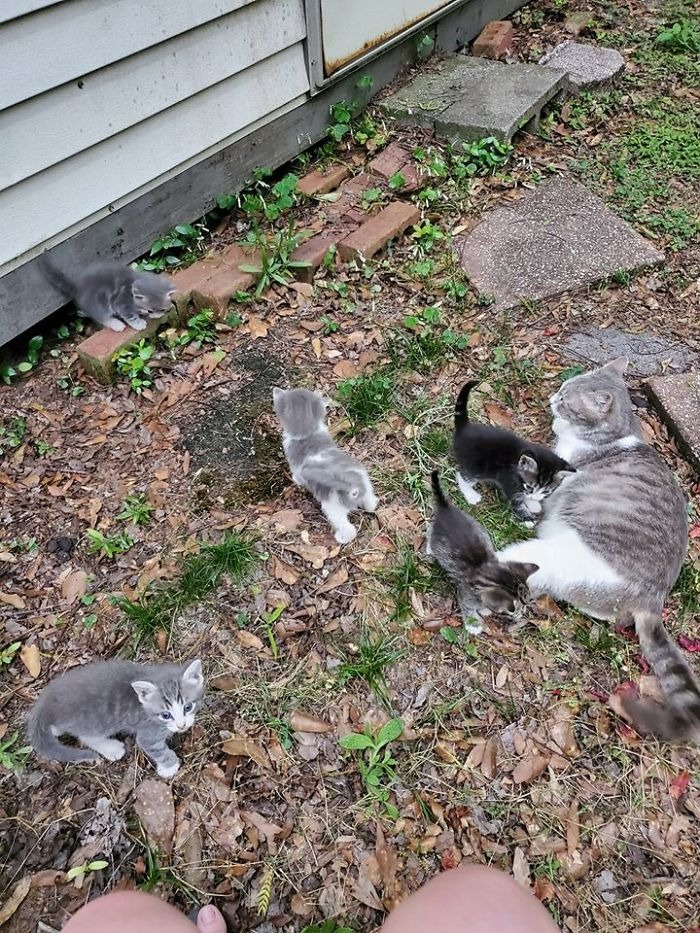 Initially the kittys were too scared of coming out to meet her, but after the knod of assurance from their momma, they came out of hiding.

“One of the little gray ones was super brave and came up to me with his little pointy tail held up high in the air and let me pet him immediately,” Shea said. “Eventually, after about 10 to 15 minutes, they had all come up to me and let me hold them and pet them.” As a cat lover and overall good Samartian, Shea knew immediately she was going to help the adorable family and took them all in. “I will be adopting mama cat to live with me and my other two sweet girlies! All the babies have found homes and will be adopted as soon as mama is ok with it. But for now, everyone is doing great,” she said and added that she started a crowd-funding page to help take care of the cat family. “I started a GoFundMe for vet bills to get mama spayed, and get babies checked out.”

She took Prior by her shed, laid down on her side and started calling her adorable babies to come out and meet the woman 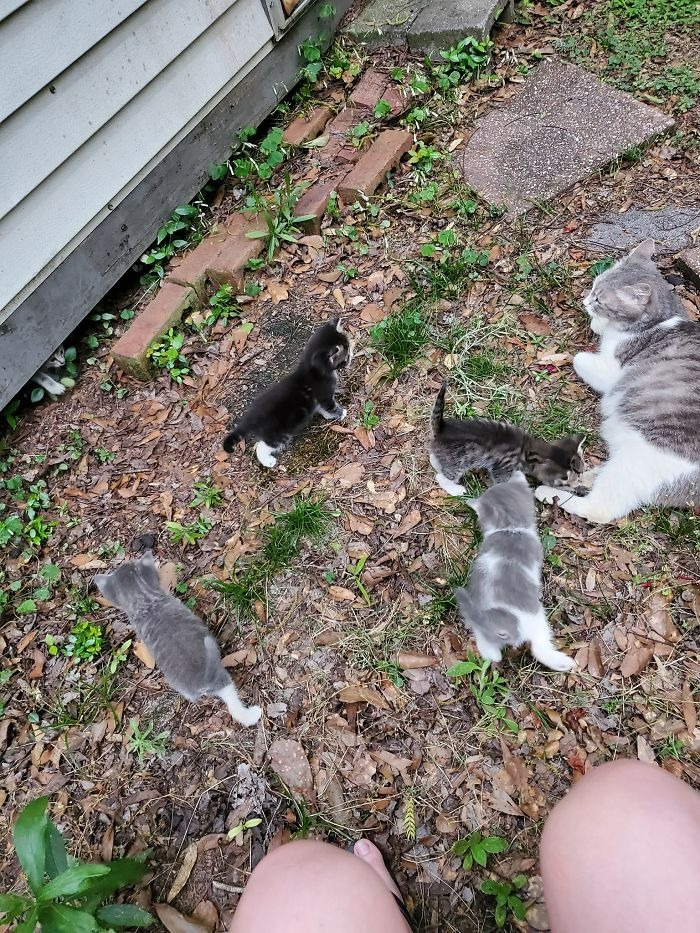 “I’ve become unemployed due to the coronavirus. I want mama taken care of, but I can’t afford it right now. Anything will help, and if there is anything left after vet bills, the remainder will be donated to my local no-kill animal shelter,” she explained. If you want to help out Prior take care of these adorable fluffballs, you can donate here. 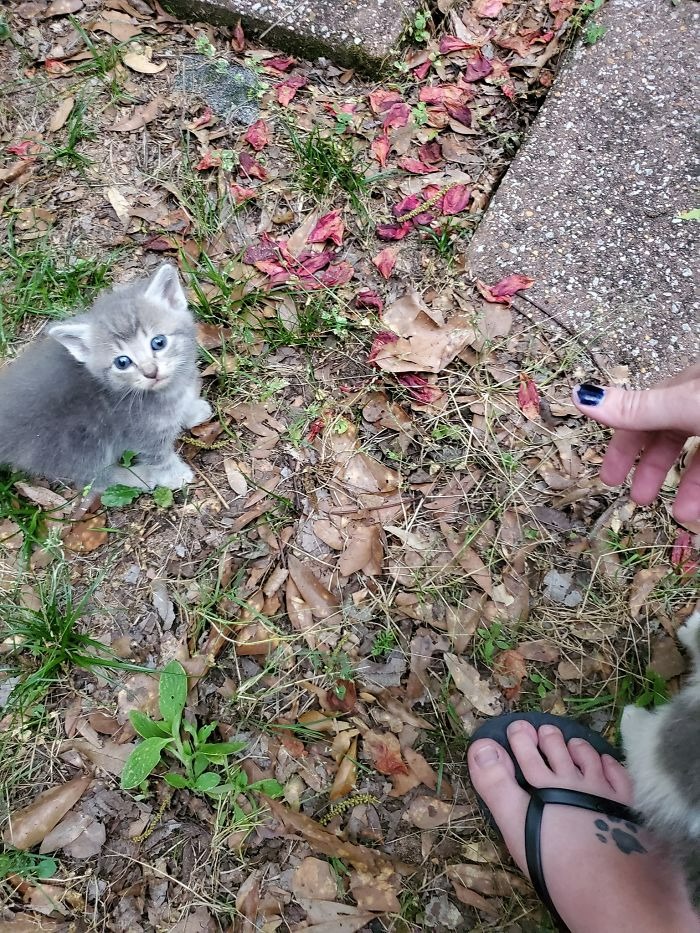 All of the other kittens have found forever homes 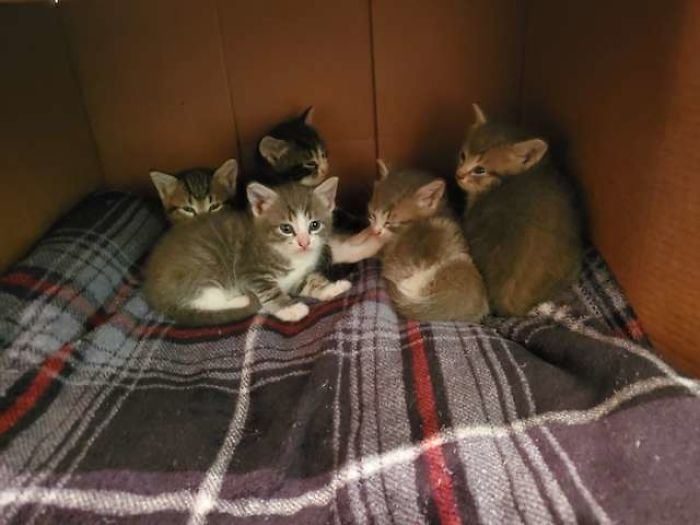