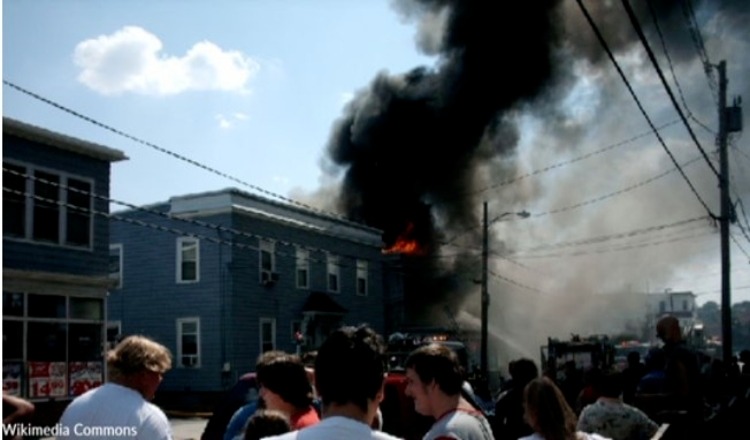 James Cullen was driving home through Fort Myers Beach in Florida when he noticed smoke pouring from a driveway, writes blog.theanimalrescuesite.greatergood.

Rather than continuing along, he detoured off to investigate the cause of the smoke and it’s a good thing he did.

As he got closer, he saw flames shooting from a two-story home. After getting out of his vehicle, he could hear a voice yelling, “I can’t get out!”

The Good Samaritan ran up to the burning house and found a woman on the porch with her dog. She told Cullen that she couldn’t get out, so he let her grab onto his back and helped her to safety.

Of course, he didn’t leave the dog behind, either.

Once the woman and her dog were at a safe distance from the house, Cullen asked her if anyone else was in the house. At first, the woman said no, but then she noted that her puppy had been left inside.

Cullen ran back to the door of the burning building to try and rescue the puppy. Despite thick smoke burning his lungs, he yelled into the house for the dog until he felt like he couldn’t breathe.

The cause of the fire hasn’t been identified yet. One person was transported to the hospital for care.

Watch the heroic rescue in the video below, courtesy of Fox 4 Now: