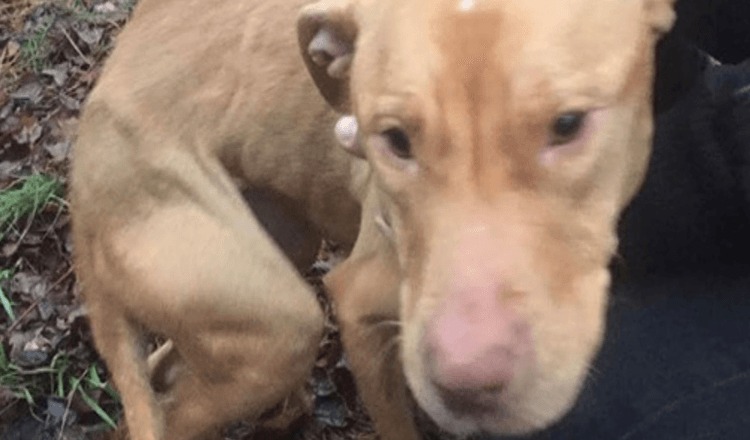 When Ashley the pit bull was found starving and cold in an abandoned home, a firehouse in New York agreed to take her in until her rescuers could find her a family. 3 days later, they adopted her.

The New York City Fire Department station, known as Fort Pitt, fell in love with Ashley from the first wag of her tail. A beautiful sand-colored pit bull, she has truly become part of the team, and even has her own seat in the firetruck. Ashley also has her own Instagram account where you can follow all of her firefighting adventures.
Ashley was rescued by No More Pain, a New Jersey organization dedicated to saving and relocating animals left to die. The company, a non-profit team of 4, has limited resources and relies heavily on donations. You can help them here.
Ashley the pit bull was abandoned by her former owners, and found starving and cold. 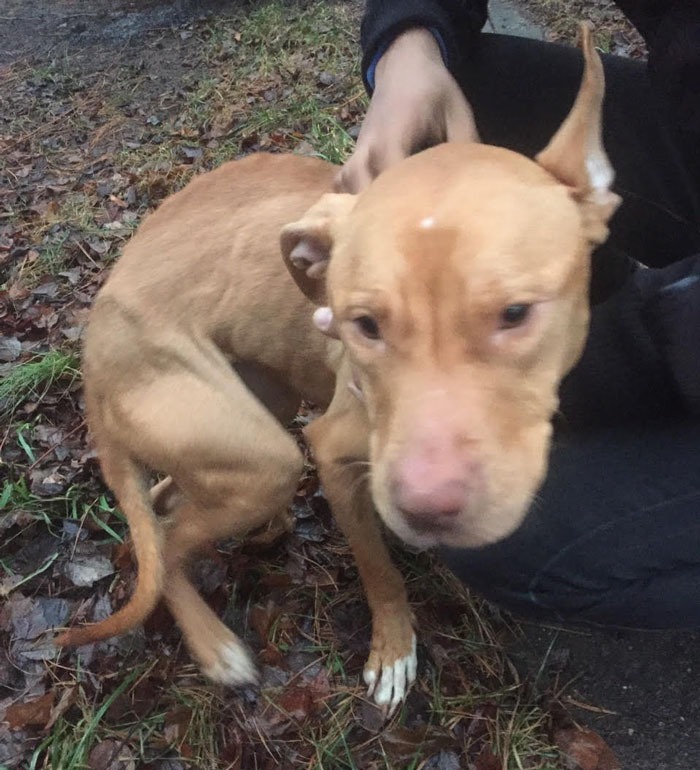 Her rescuers, Erica Mahnken and Michael Favor, brought her to a New York firehouse where they had friends. 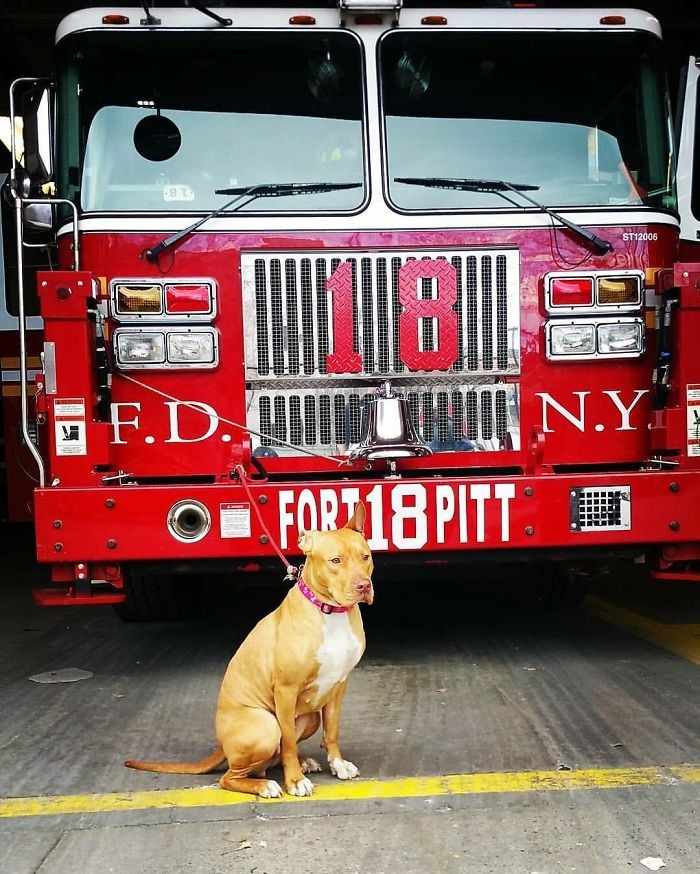 But 3 days after her arrival, Fort Pitt station decided to adopt Ashley. The crew fell in love with her from the first tail wag, and she connected with them right away as well. Ashley even has her own seat on the firetruck, and accompanies the crew on short runs. 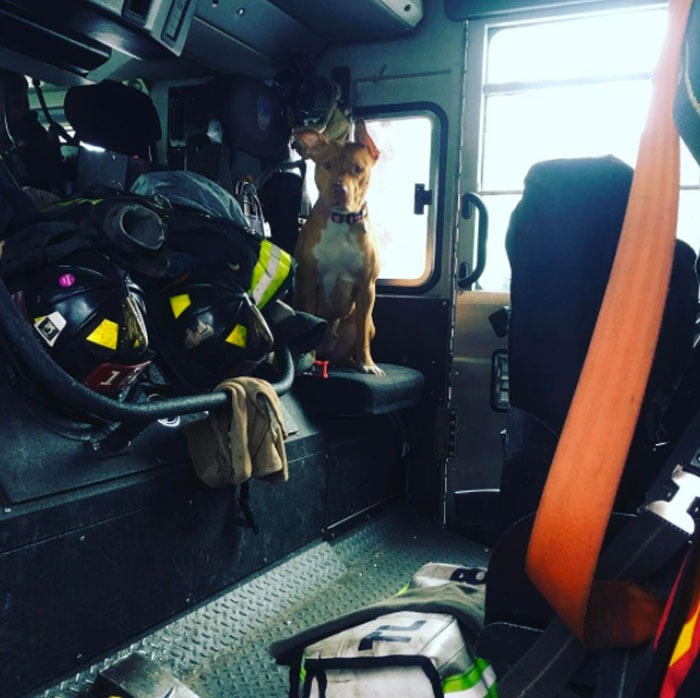 Ashley was rescued by No More Pain, a New Jersey organisation dedicated to saving animals left to die. 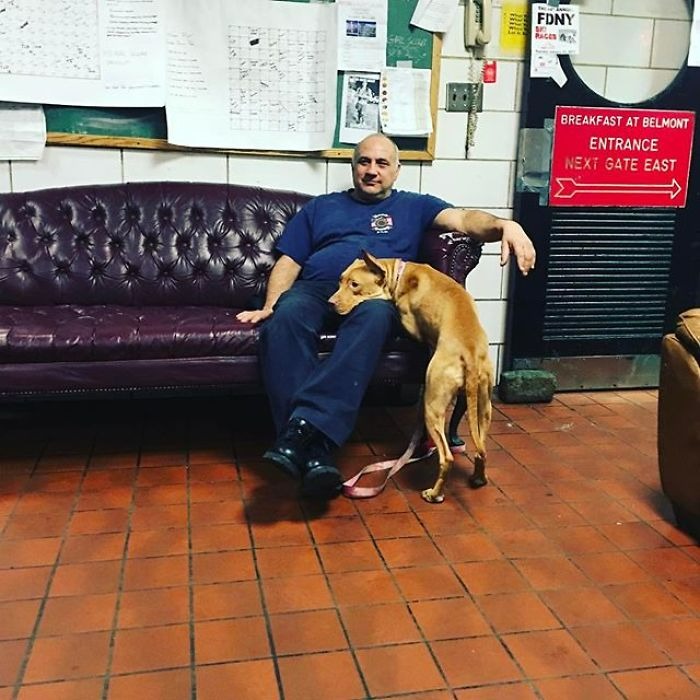 The non-profit team of 4 has limited resources, and needs help to find homes for dogs like Ashley. 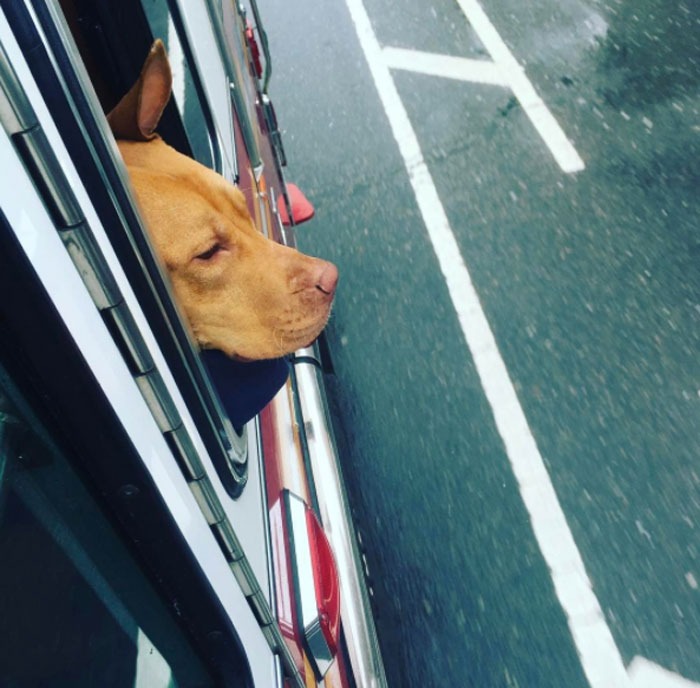 Every rescue dog deserves the love and acceptance Ashley has found.