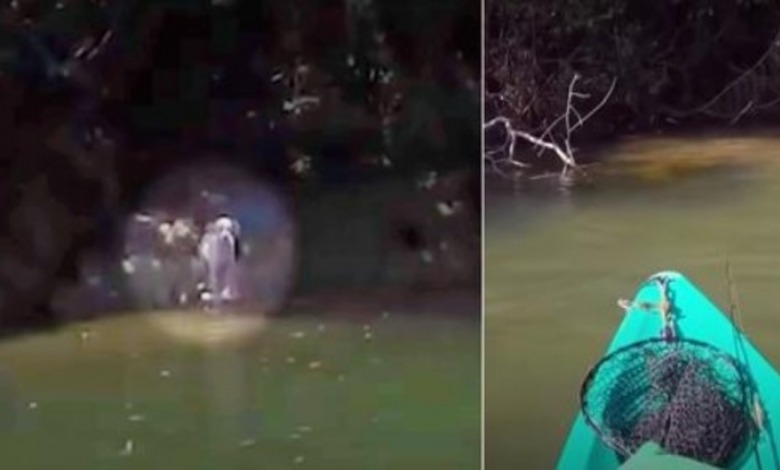 Like children, domesticated dogs are dependent on humans to survive. They can only do so much on their own, writes ilovemydogsomuch

If resources become scarce, they will starve. Sadly, that’s what would have happened to this dog. But, he met his hero just in time!
A kind man, named Fernando, was kayaking when he came upon a small island. He heard gutwrenching cries echo all around him. Then, he saw a dog so emaciated and desperate. He knew if he didn’t act quickly, the dog wouldn’t make it. 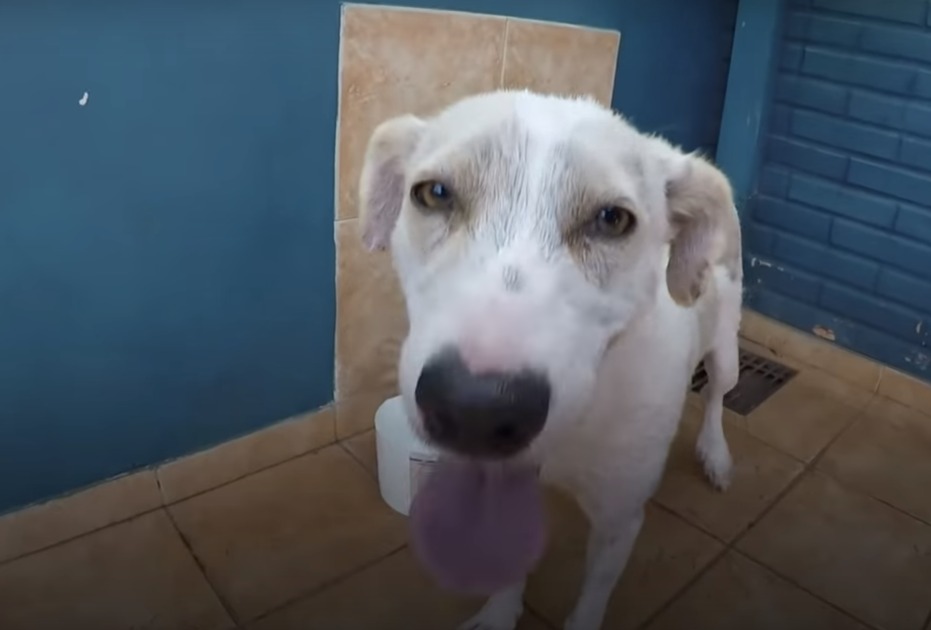 Fernando devised a plan, hoping the dog would get onto his kayak. As he pulled his kayak ashore, he met the dog properly. The poor pup was so happy to see him. How long had this dog been on his own?! He’s skin and bones! As Fernando describes in the video, the dog has so much joy in his face. Seeing someone, knowing he’s no longer alone, was the very feeling the dog had been praying for! It was obvious that the pup had once belonged to humans. His tail wagged nonstop. Someone had purposely abandoned him on this island and that, in itself, is heartwrenching. Now the rescuer has to get him on the kayak but the dog is fearful of water. Imagine being all alone on a tiny island surrounded by water and being so afraid to go near it! 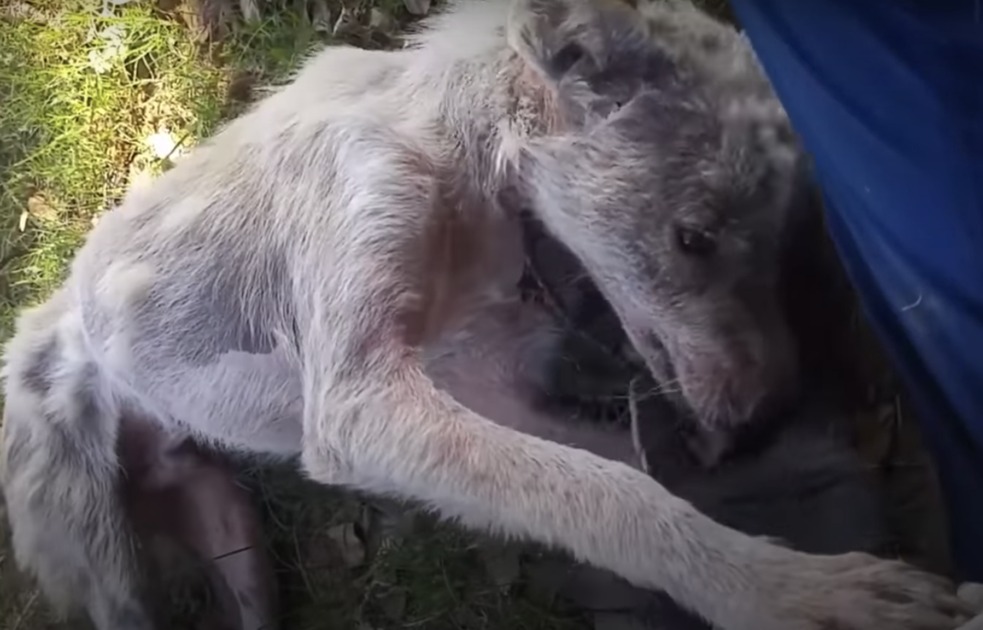 But then, the dog works up the courage to try. He puts his paw onto the kayak but once it moves a bit, he gets scared again. Fernando knows he has no other choice. To save his life, he’s going to have to grab the dog and make him stay on the kayak. 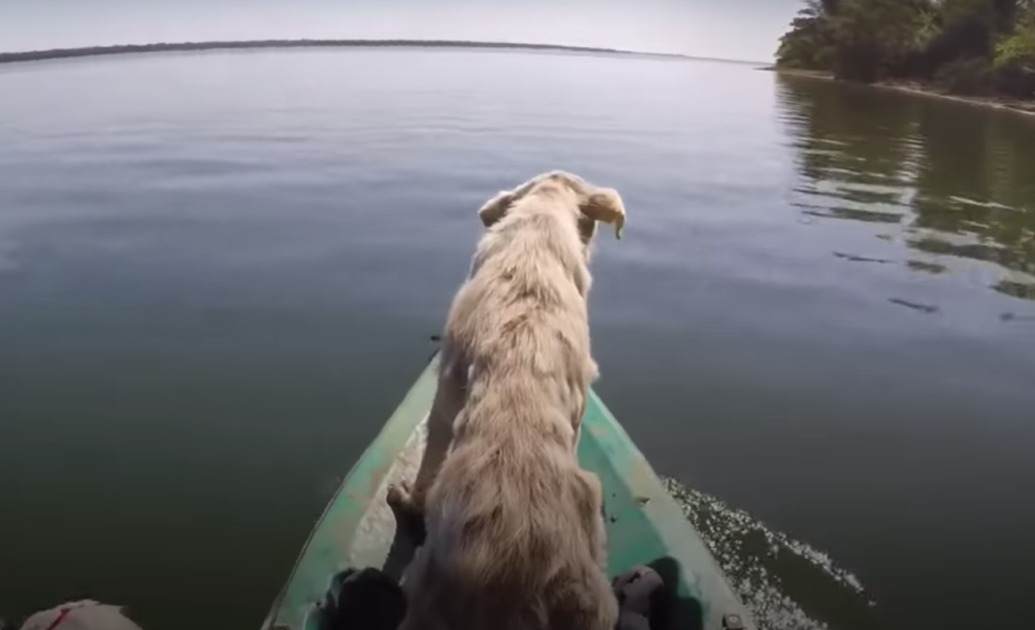 Safely on board, it’s time to get the dog to safety! Fernando paddles over 2 and a half miles. They arrive on the mainland and they wait for the rescue group to arrive. 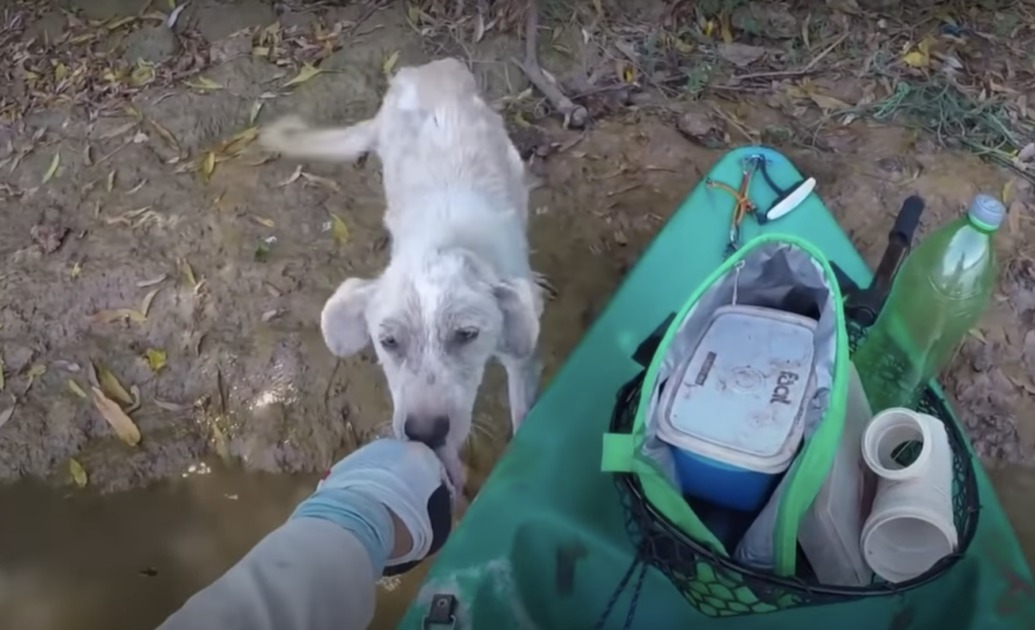 They will take him to the vet and make sure his health is urgently addressed. He’s so malnourished and has advanced mange. While they wait, it’s time to love on this brave dog. He gets tons of pets and hugs. 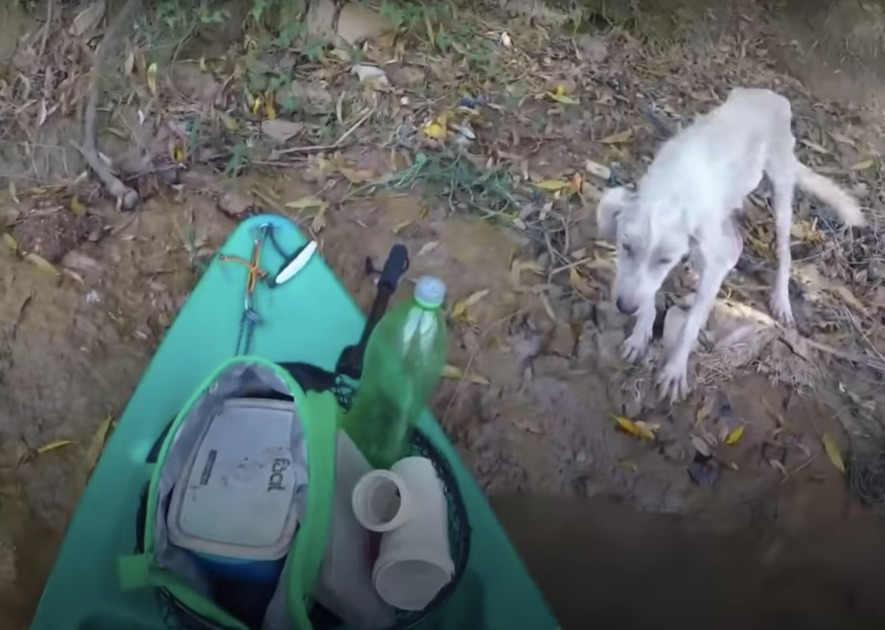 Once the dog is in safe hands, Fernando leaves. He promises to visit him soon– and he does! Five days later, the dog, now named Jack, is at his foster home. The little guy is so happy to see Fernando. Jack knows he’s alive today because of the nice man. His tail wags and doggy jumps say it all. 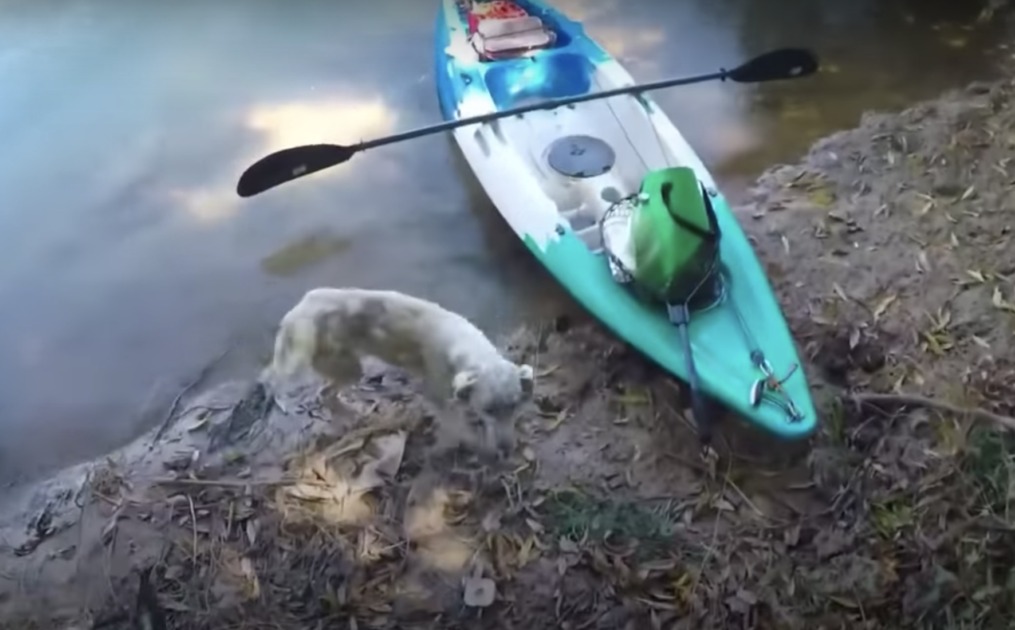 As soon as Jack is medically cleared, he will be available for adoption. A dog this sweet and friendly should have no trouble finding a new home. We are beyond grateful that Fernando found Jack and did all he could to make sure he survived. The complete story is too good to miss. Click play on the video below!