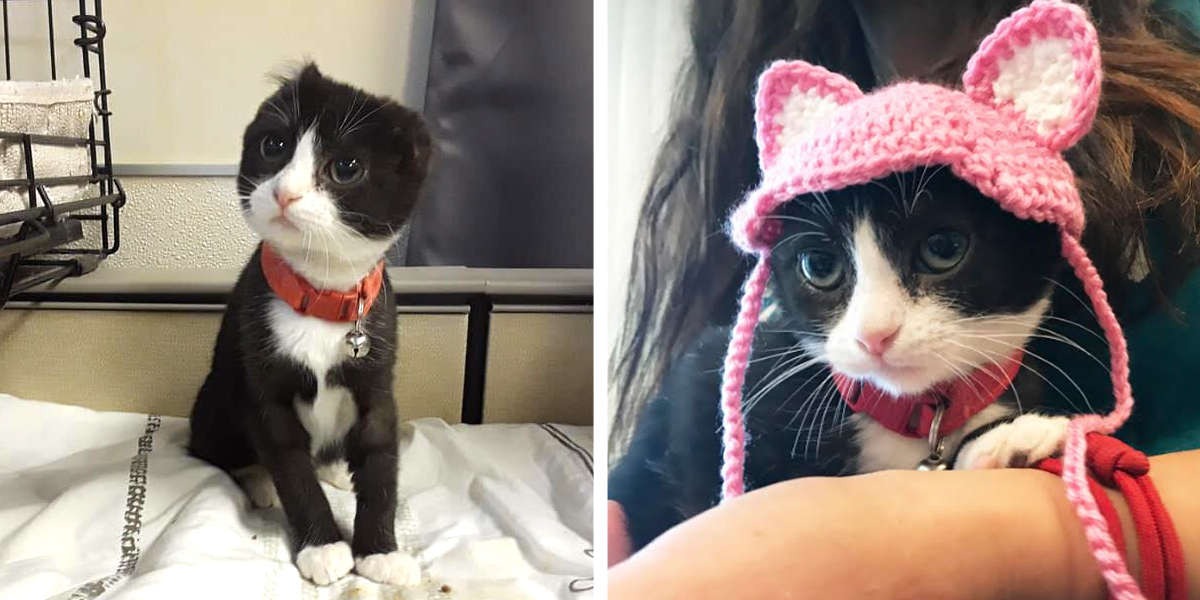 Nobody knows what happened to this small cat named Karma before she was rescued as a stray last month.

But by the time she came to the Humane Society Silicon Valley in California, it was apparent she’d gone through more than any animal should ever have to go through. 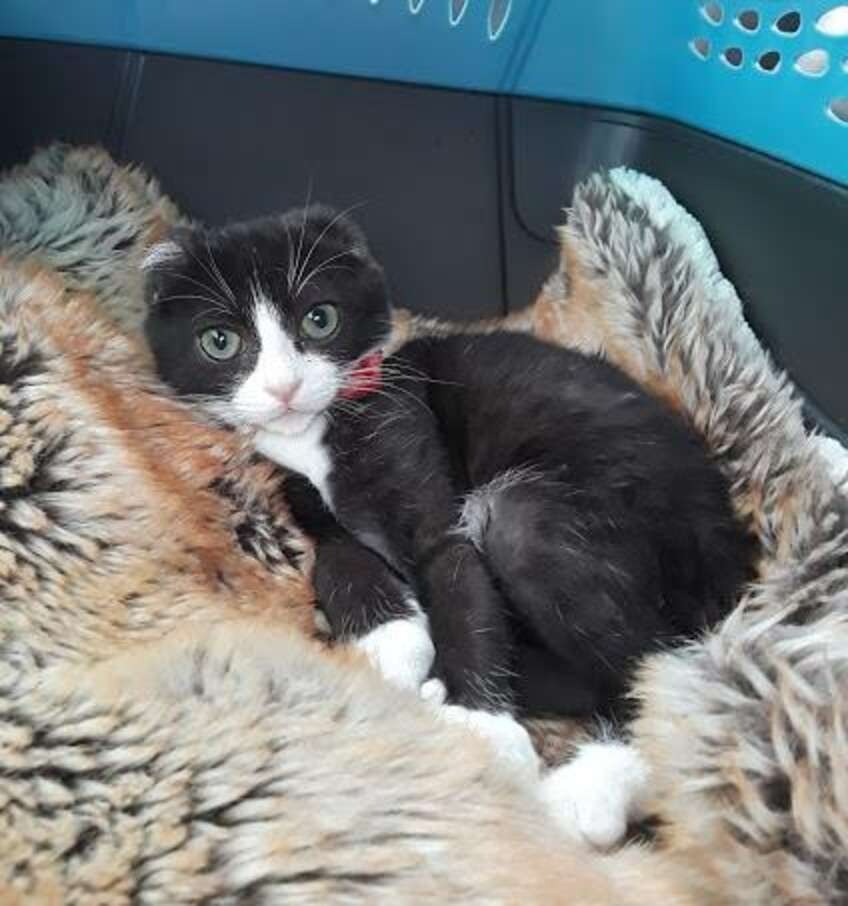 Credit: HUMANE SOCIETY SILICON VALLEY
“Karma came at the shelter with her ears and tail chopped off,” the shelter’s spokesperson, Michelle Tennant Nicholson, told The Dodo. “The wounds had nearly healed, but she was understandably terrified of practically everything, particularly humans.”

The perpetrator of those injuries remains a mystery — but now that Karma was secure, things began to change for her. Credit: HUMANE SOCIETY SILICON VALLEY
Karma was put with a foster family to help her cope with her tragic background and prepare her for a brighter future. She learnt it was okay to trust again there.

“Her personality began to bloom with time and plenty of love and care,” Nicholson added. “She exhibited an early interest in toys, and her foster mother utilized toys and play to begin to form a relationship with her.” 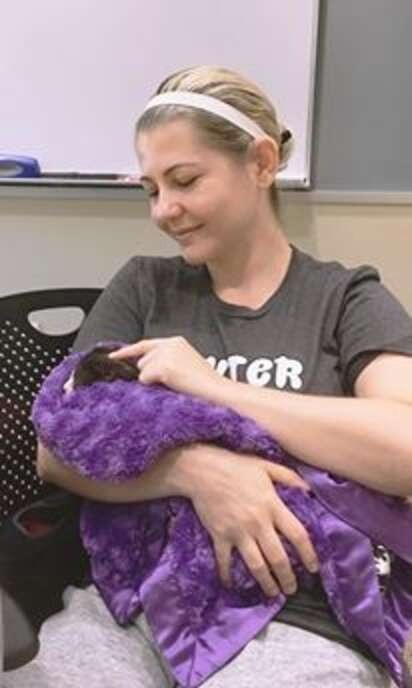 Credit: HUMANE SOCIETY SILICON VALLEY
Karma’s heart was starting to heal from the trauma she’d been through, but healing her physical scars would need more than time and delicate care.

As a result, her rescuers had to think outside the box. Credit: HUMANE SOCIETY SILICON VALLEY
“Our employees and volunteers adored her to the point that one of our foster volunteers made Karma a hat with ears,” Nicholson added. 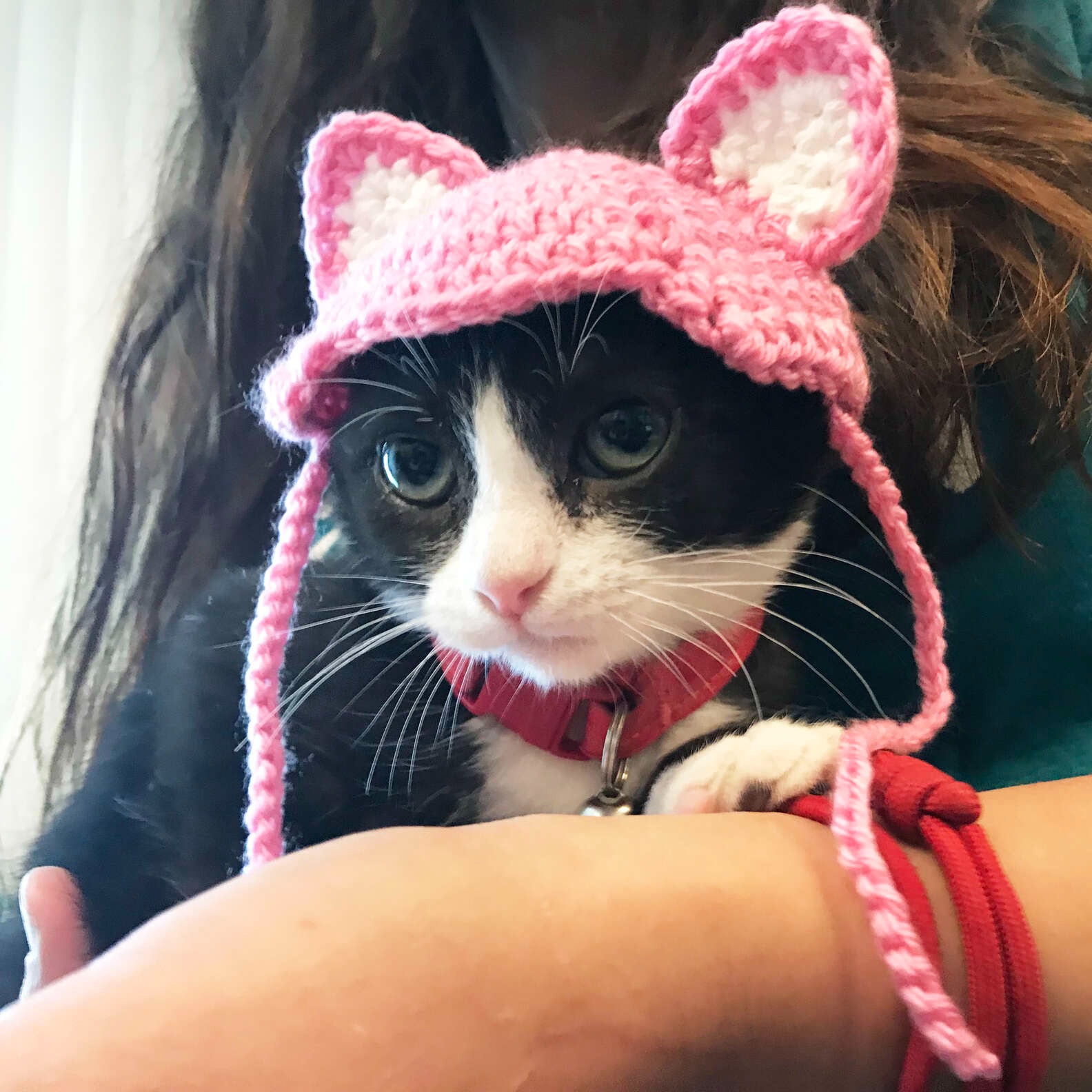 Credit: HUMANE SOCIETY SILICON VALLEY
Karma’s natural ears had been taken away by cruelty, but she had been given gorgeous substitutes by love.

In some ways, this made her more full than she’d ever been – yet Karma’s tale isn’t over yet. The former stray kitten quickly discovered what she craved: a family to call her own.

“She was ready to find her permanent home after a few weeks in foster care,” Nicholson added. “She got her forever home within a day of being on our adoption floor!”

Karma has been through a lot, but her new mother understands that she’s great. 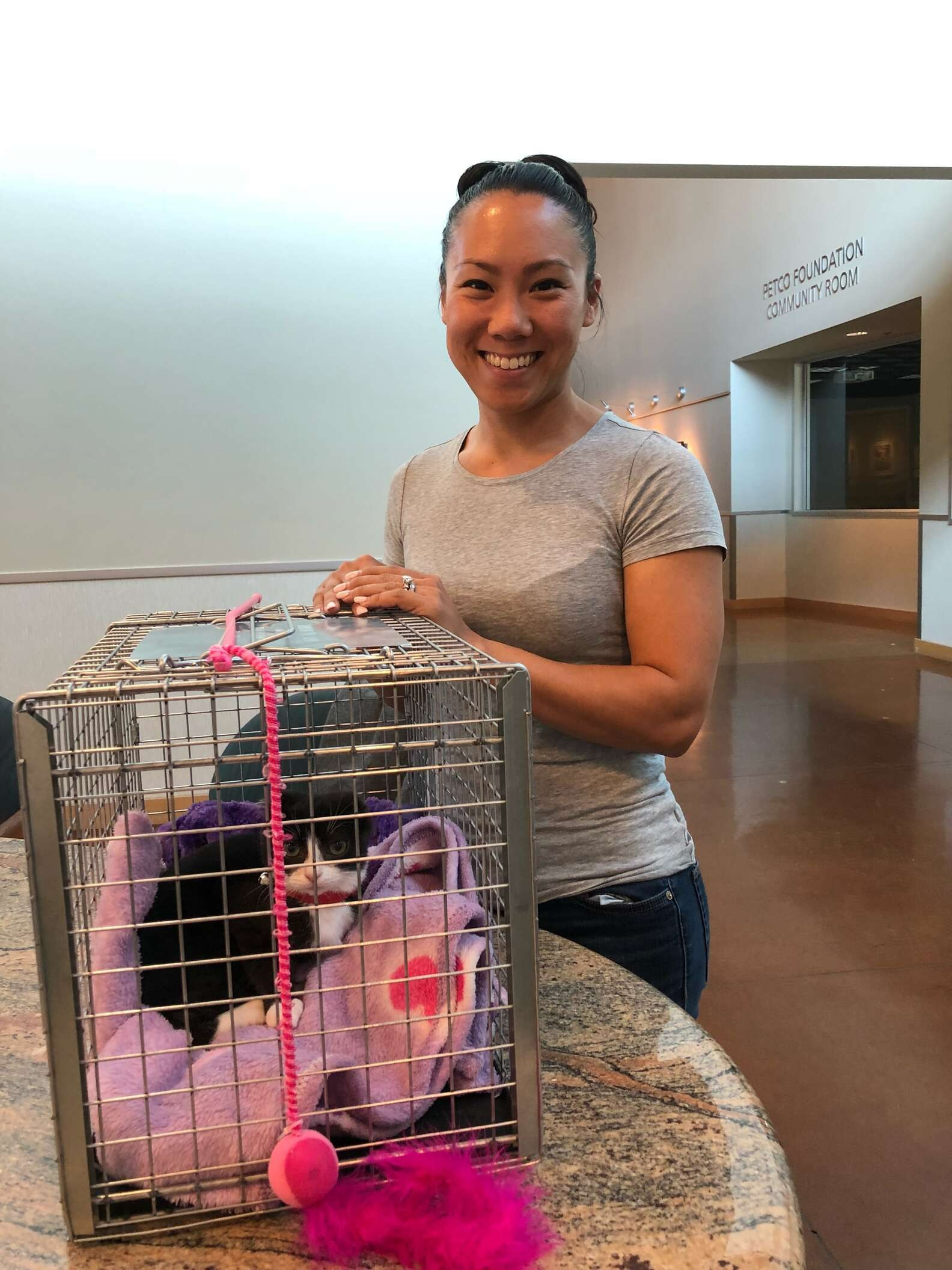