When a woman in Bali spotted a stray puppy later named Delilah, she was appalled by her condition. She was so sick. Her fur had fallen out from severe mange and her skin was covered in wounds. Amazingly, however, the pup still happily approached the woman. Her tail even wagged like crazy.

Thankfully the woman, named Charlotte, was an experienced rescuer. She was certain that this sick street dog was once loved by humans. Either that or she desperately craved love so much. Charlotte didn’t understand what had happened to Delilah but knew she needed a second chance at life. Charlotte didn’t have any supplies with her and needed to rush home to get them. But when she returned, Delilah was gone. 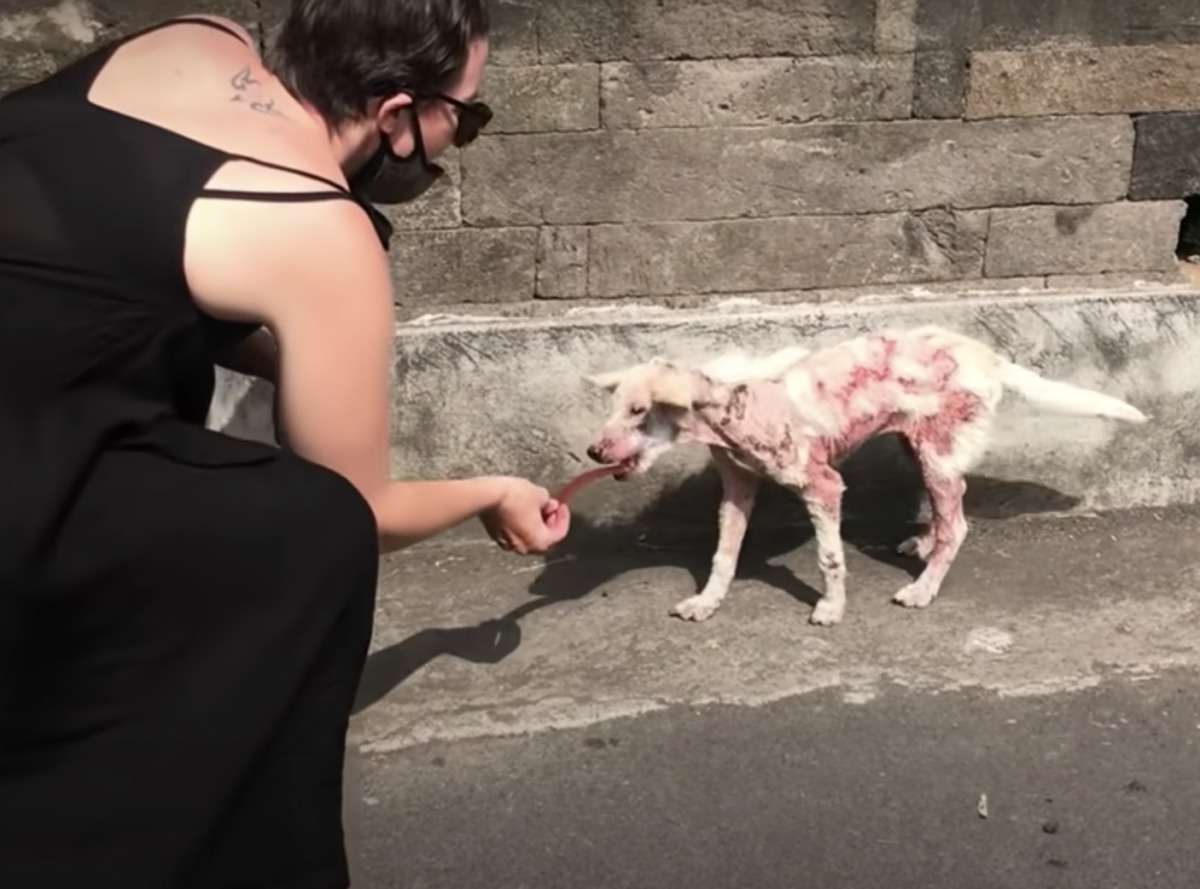 Now that Charlotte was armed with all the rescue supplies she needed, the mission to track down Delilah began. She looked for her for several days with no success. Then she met a local man who worked at the local market. The man said that he knew where Delilah had been sleeping at night. 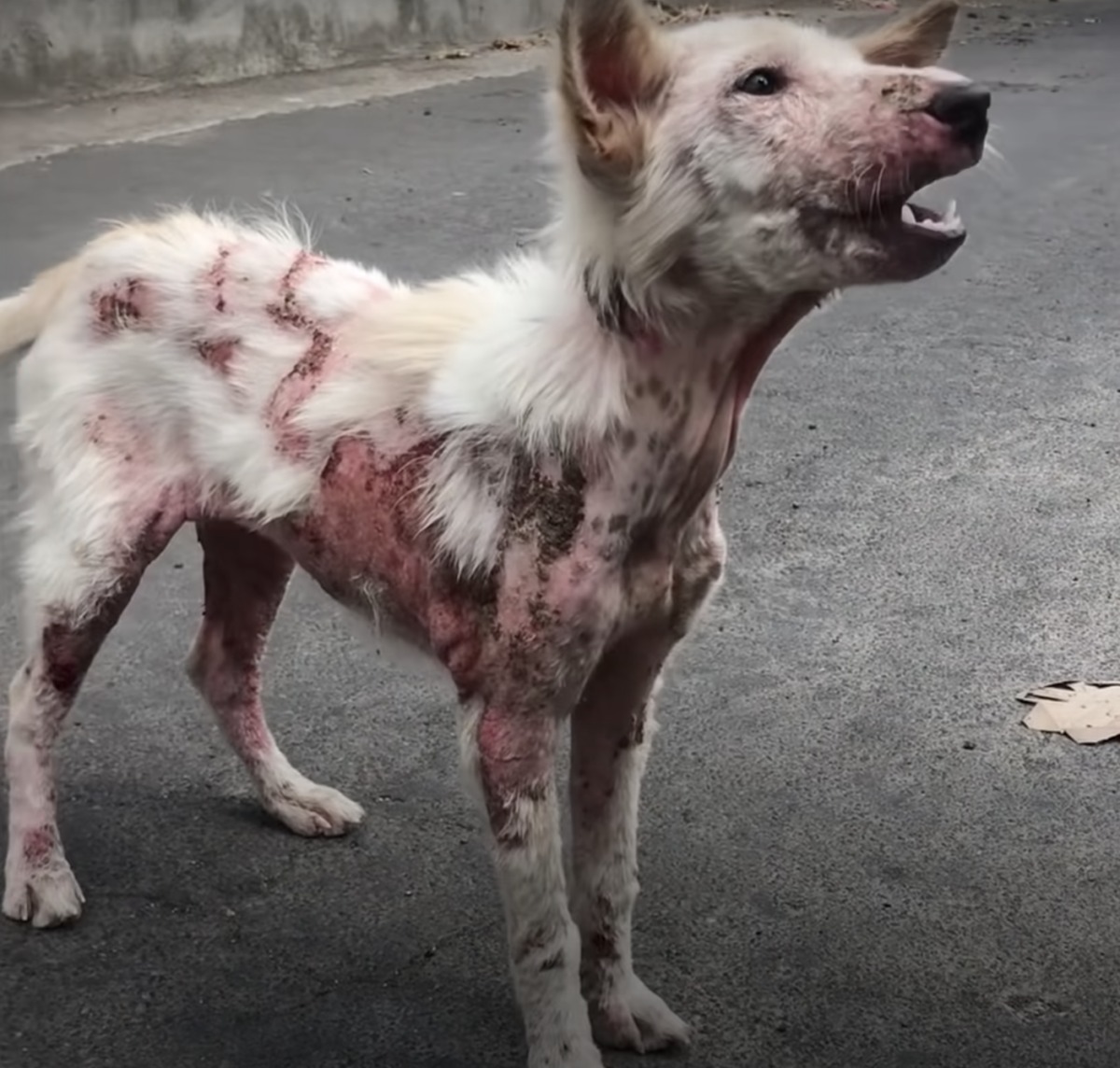 They came up with a plan. Since the dog was used to the local man, Charlotte gave him a special cage to catch Delilah. By the next day, Delilah was safely inside! The happy, cheerful puppy looked so sad inside that cage. She didn’t know what was going on. But thankfully she was safe! Delilah’s new human friends now had her safely in tow. It was time to take her into their care and get her medically evaluated. Delilah settled down once she was at the vet clinic. The local man was so happy that Delilah was safe and continued to send words of gratitude. Delilah also began to wag her tail again! Especially when she ate her first meal. The vet put the happy pup on a course of treatment for her mange. Within a few weeks, her fur grew back in and she was no longer in pain. It was miraculous, to say the least! Delilah was medically cleared to go to her foster home. That is when she met foster mom Amelia. 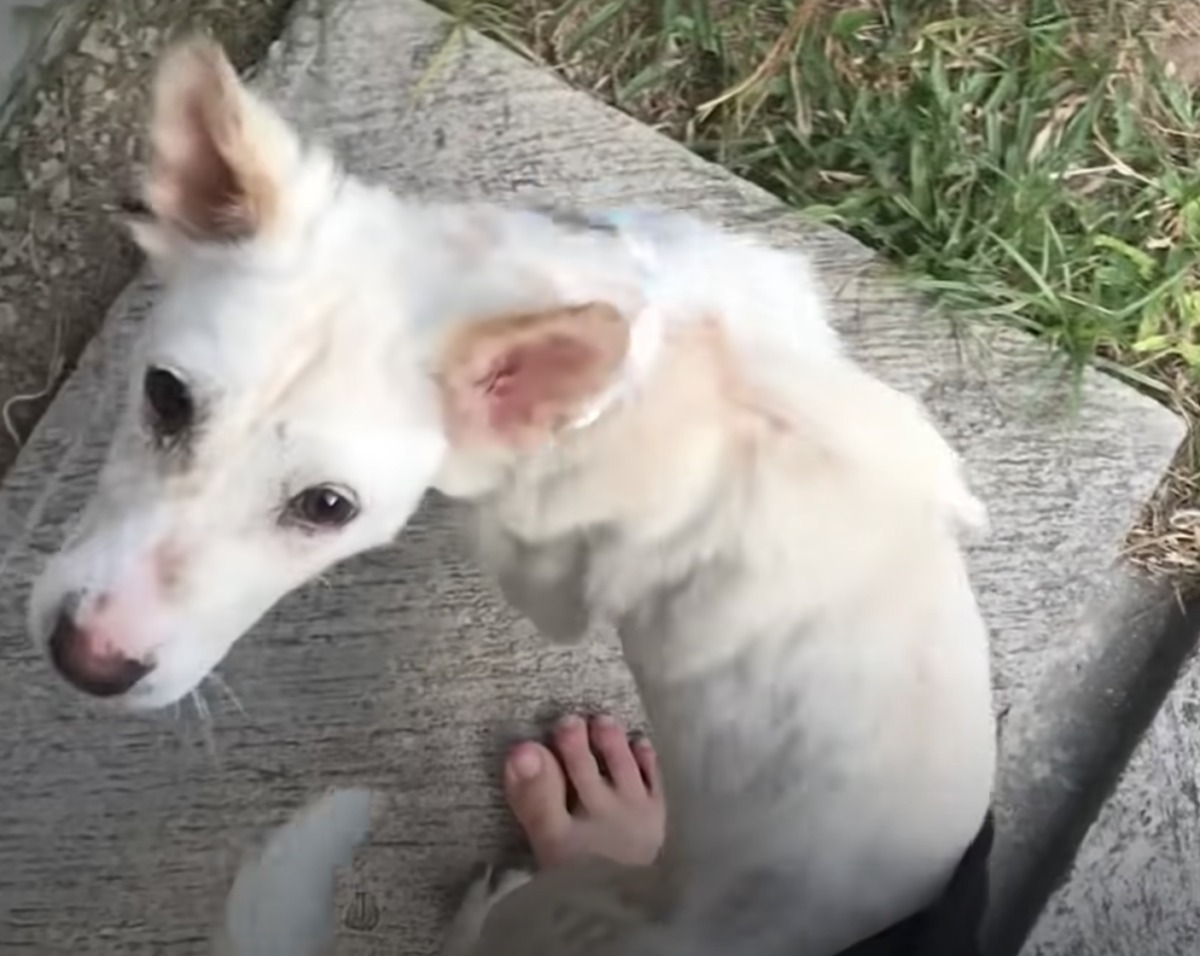 Amelia was thrilled to have Delilah in her home. She adjusted very quickly. Amelia explains in the video below that since she didn’t have time to be a puppy while on the street, her puppy personality began to shine. She loved to play and follow Amelia everywhere she went (including the bathroom!) 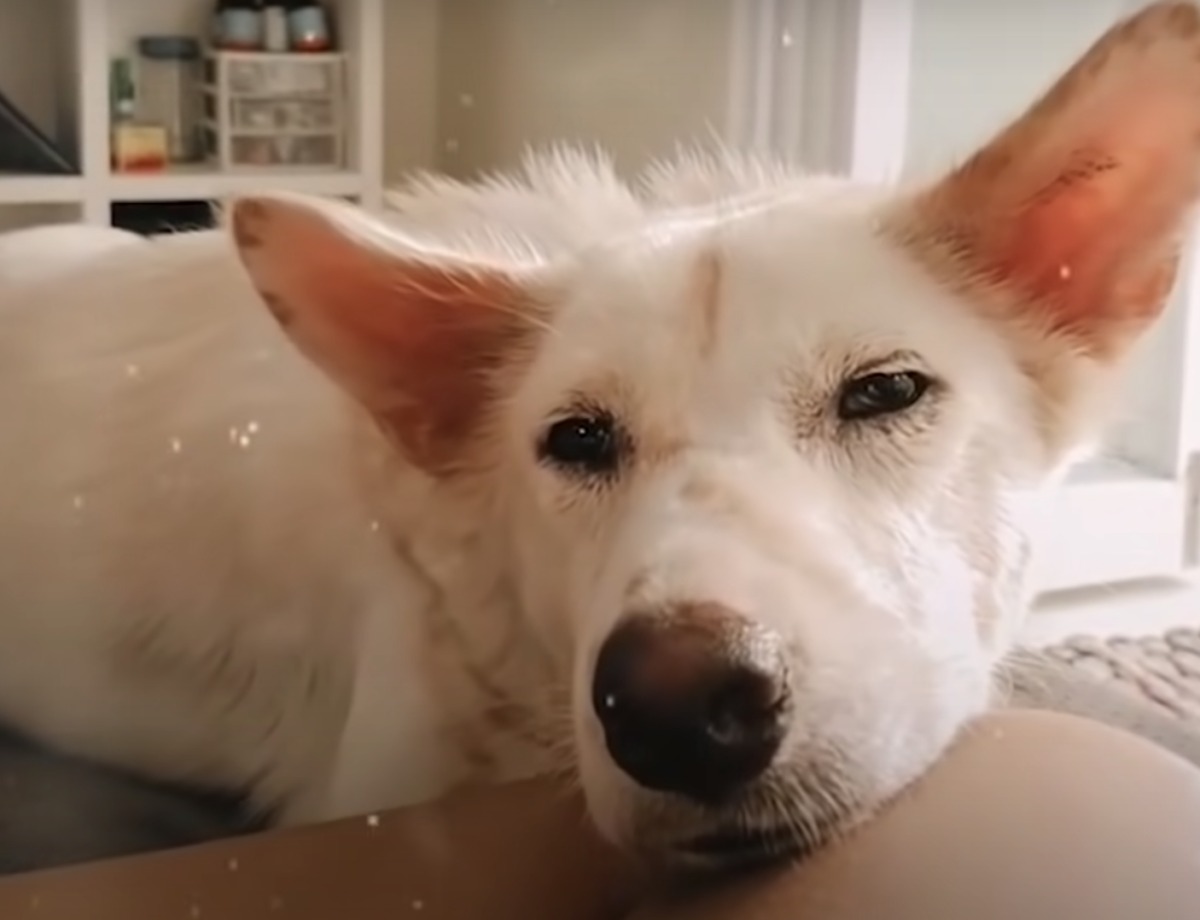 Delilah soon learned all about the beach and was totally hooked. She couldn’t get enough of it. Amelia began taking her there daily and she made a lot of friends. Amelia says she’d make a horrible guard dog because she loves every single human (and dog) she meets. The story just gets better. We won’t spoil the ending. We are so grateful that Delilah is now safe and loved. Thank you to The Dodo for sharing this special story with us all! To see the full rescue and happy ending, scroll on down.

Please SHARE to pass on this story to a friend or family member: