An innocent, sweet creature lay helpless in desperate need of medical care. Thankfully, someone saw her and called in rescuers. Her mange was so advanced that she looked more like a statue than a dog, writes ilovemydogsomuch 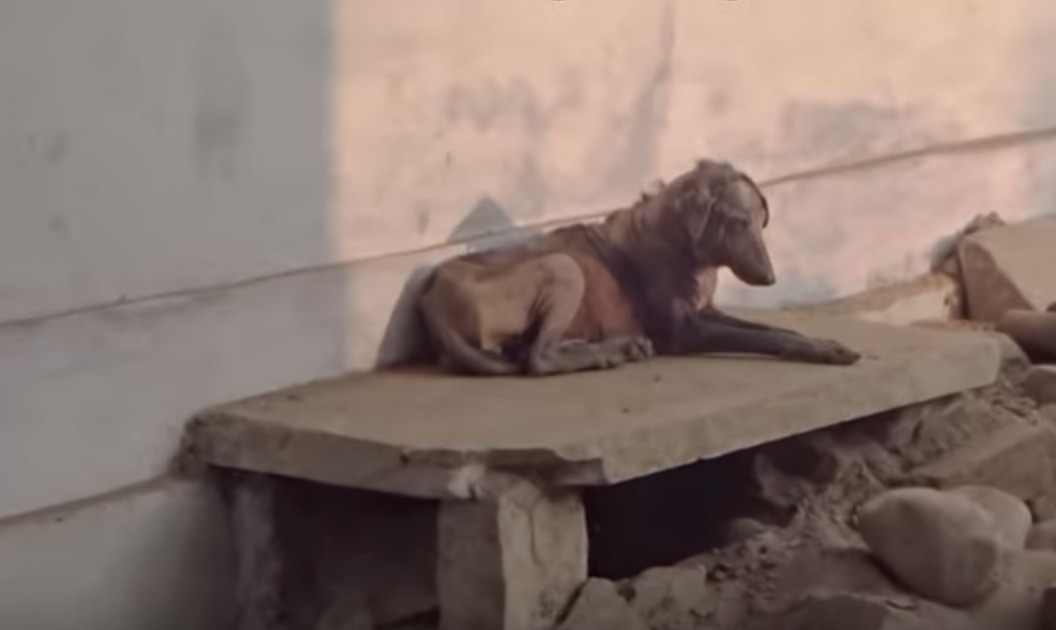 As a volunteer from Animal Aid approached, she didn’t run. Instead, she looked hopeful. Maybe she understood what the man was there for… her. He extended his hand to her and she eagerly took the food from it. She must’ve been starving! Then, the rescuer put a blanket around her and carried her to his vehicle. 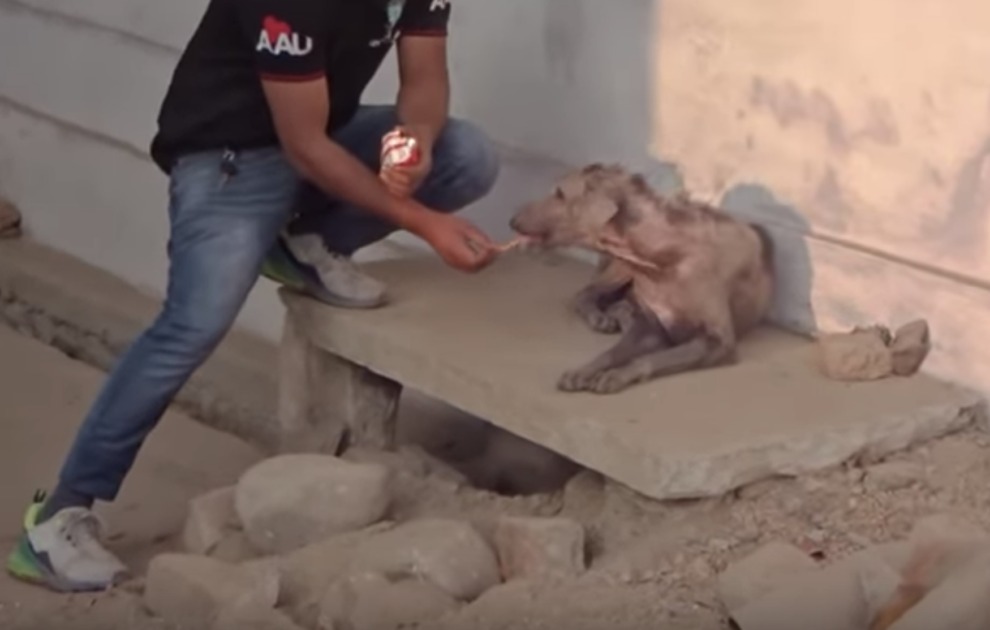 Safely back at the Animal Aid sanctuary, the sweet dog was evaluated. The video says that “her eyes were filled with sorrow,” likely because she had only known a life filled with pain. Well, that was all about to change. The poor girl was covered in skin that was so badly cracked, she hardly had fur left on her. 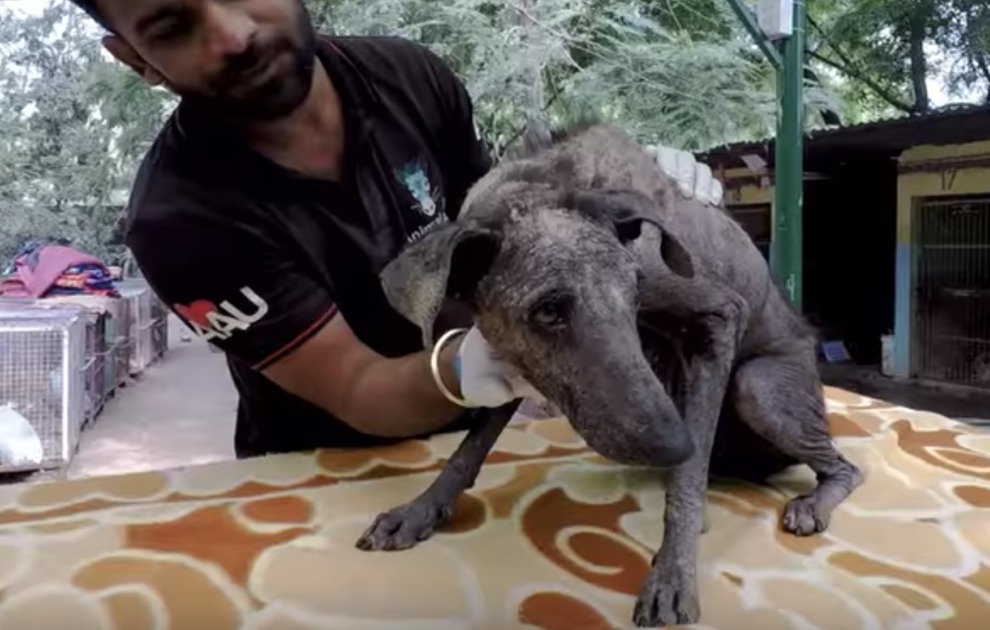 The medical team gave her IV antibiotics and pain meds. Her mange needed to be addressed aggressively in order to save her life. 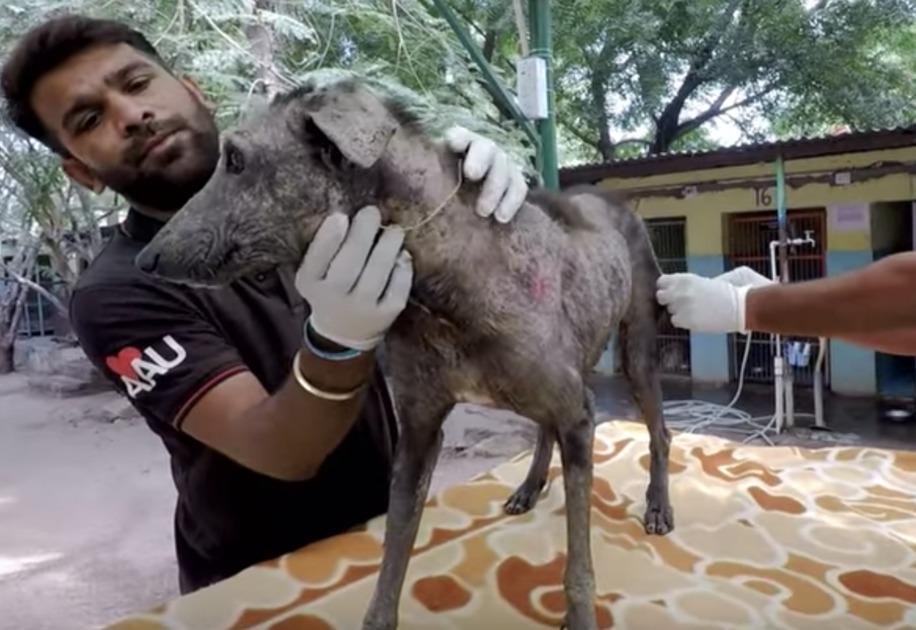 Next, the dog enjoyed a large meal. She was frightened of her surroundings, unsure what would happen next, but she knew a good meal couldn’t be passed up. When was the last time she even experienced a full belly? Likely never. 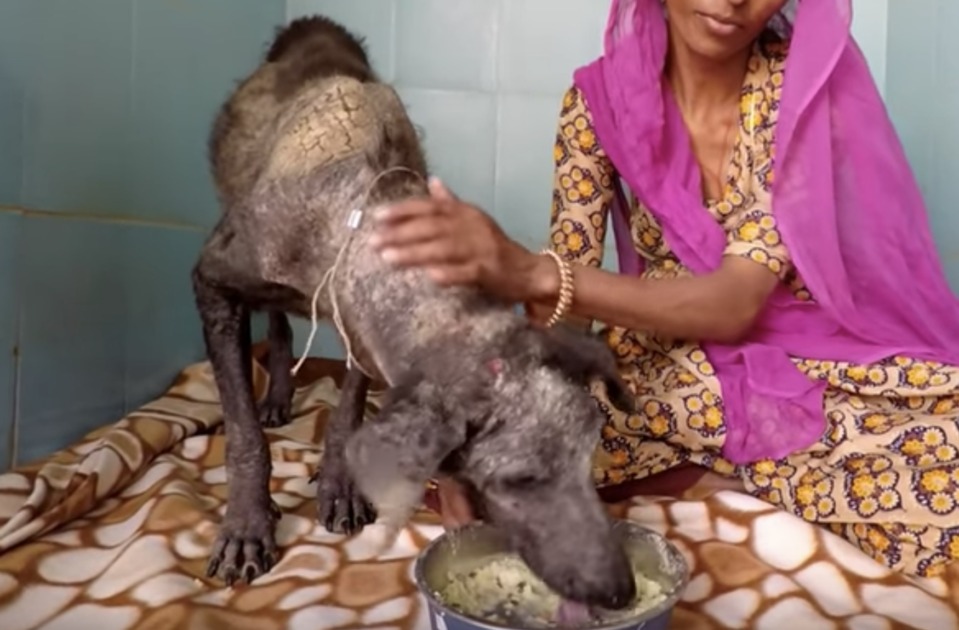 The sweet dog began each day with a medicated bath. It would be a long road for her, but the medicated baths work wonders to clear mange. She stood still and listened to her caregivers. It was then she realized she was safe and everyone was there to help her. As time went on, the sweet dog’s trust grew even more. She never had human friends before and welcomed their attention and love. As the video states, “Her light began to shine.” And that is when they decided to name her Shimmer. How perfectly fitting! 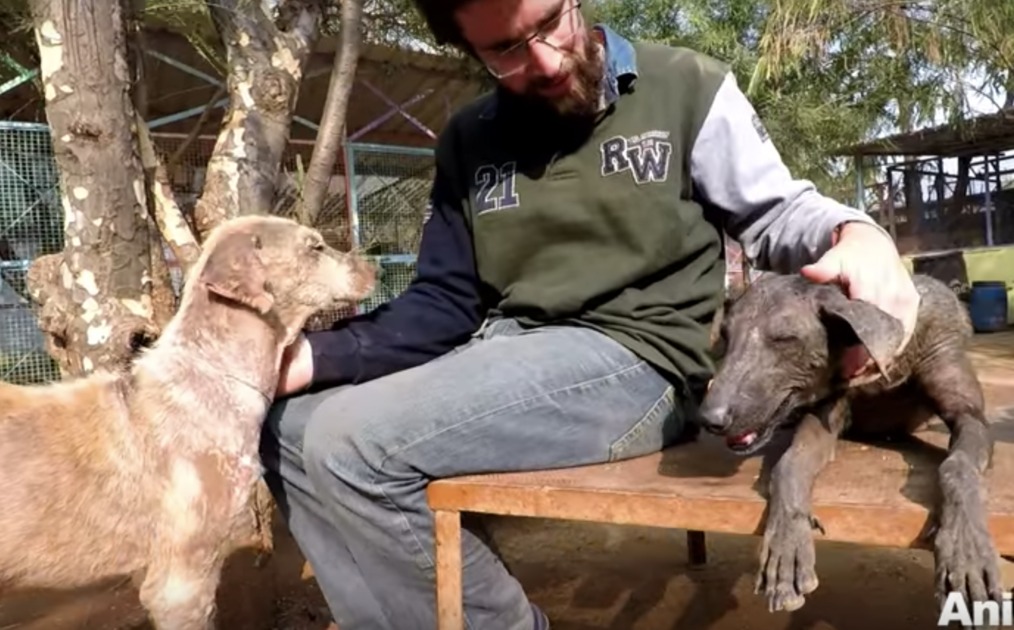 With diligent bathing and care, Shimmer made a total transformation. You wouldn’t even believe that this is the same dog! Look at Shimmer now! 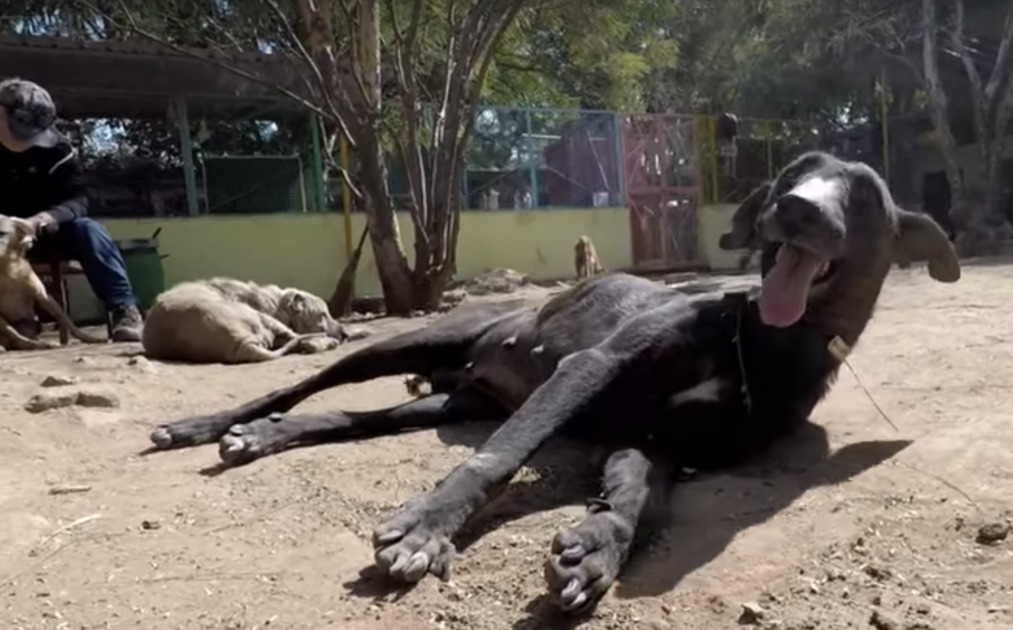 Shimmer is a VERY happy girl who loves all her new friends. She loves to be pet and hugged. She’s now healthy enough to run and play. This dog was so close to death but Animal Aid stepped in and turned it all around. We are so grateful for every life they save. They operate 100% on donations and assistance from volunteers. Let’s support this amazing organization by sharing Shimmer’s incredible story. See her complete rescue below!