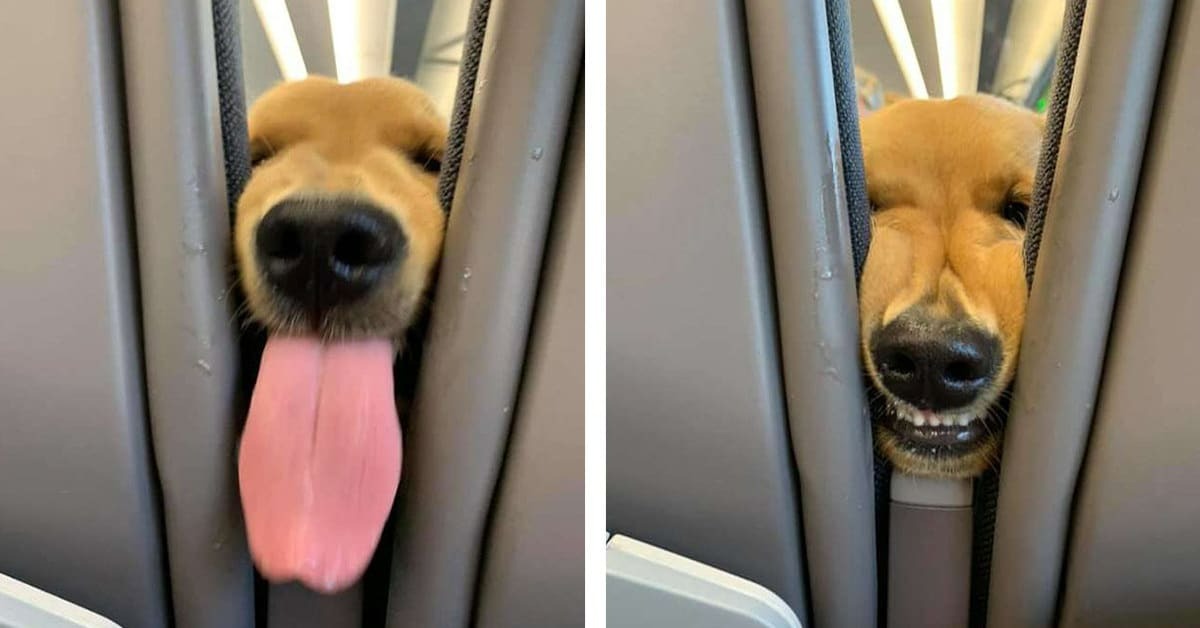 When Huxley, a golden retriever, boarded a plane to Ibiza, his mother knew there was a danger he’d get bored because she wouldn’t be able to give him the attention he craved. She had no clue, however, that he would indulge in the most adorable antics ever seen on a plane. 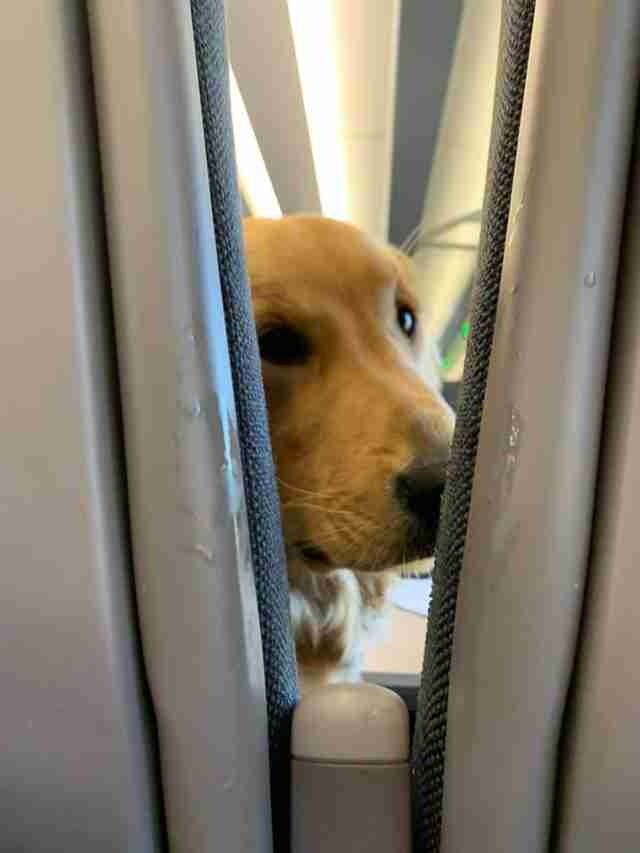 Huxley’s mother, Ursula Daphne Aitchison, told The Dodo, “He was sat in the seat next to me but got in a mood which he often does when I don’t pay him enough attention.”

Huxley, according to his mother, enjoys being the center of attention. He simply will not be ignored. When his mother didn’t offer him enough attention, he went looking for it from another passenger and sat with him instead. 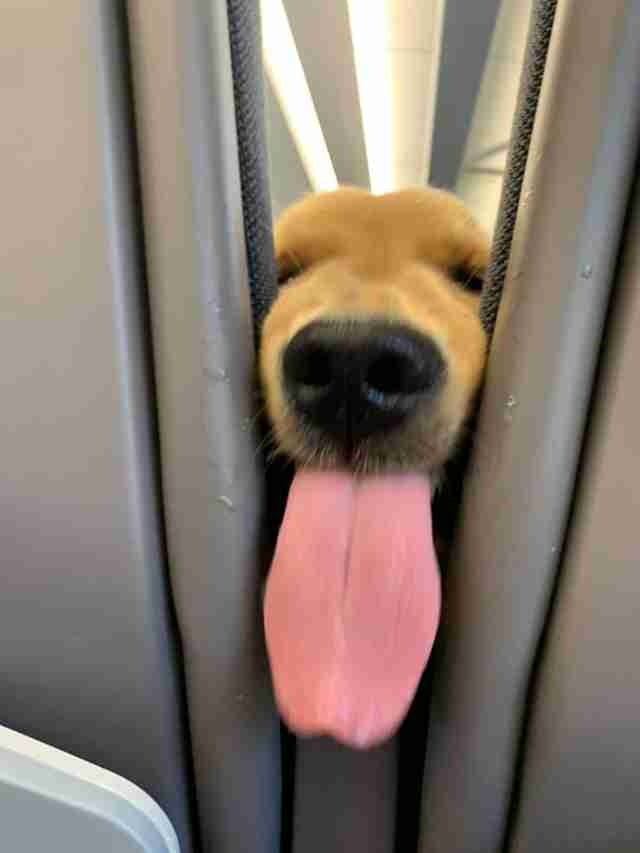 The next thing you know, Huxley is sticking his cute face between the chairs and making the cutest faces to amuse his mother. Ursula posted the amusing photos to Facebook with the caption “Guys, I can’t breathe” and a bunch of laughing emojis. 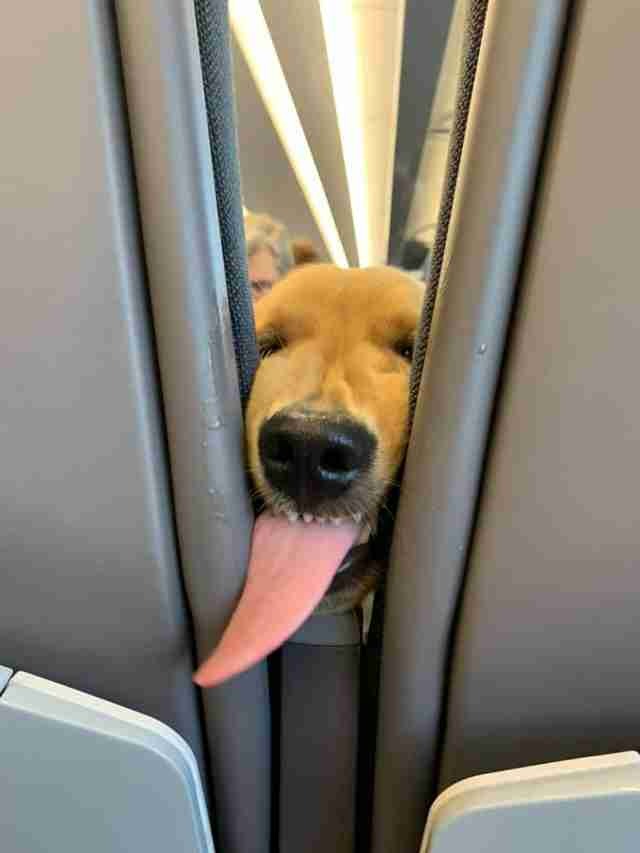 Huxley must have liked sitting next to his new seatmate since he spent thirty minutes talking with him as his mother and other passengers shot amusing photos of him. 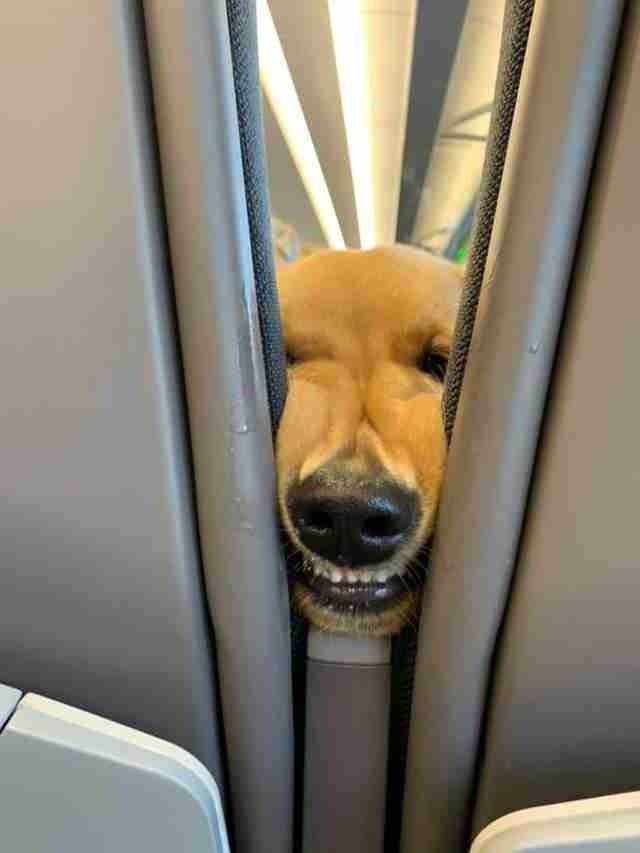 “He remained in that seat for 30 minutes; the guy next to him claimed he was a great traveler, and the guy across the aisle was taking selfies with him,” Aitchison recalled. “Huxley kept handing his paw to him to hold. He was making everyone laugh, and the man next to me requested me to take a picture of him to send to his daughter.” 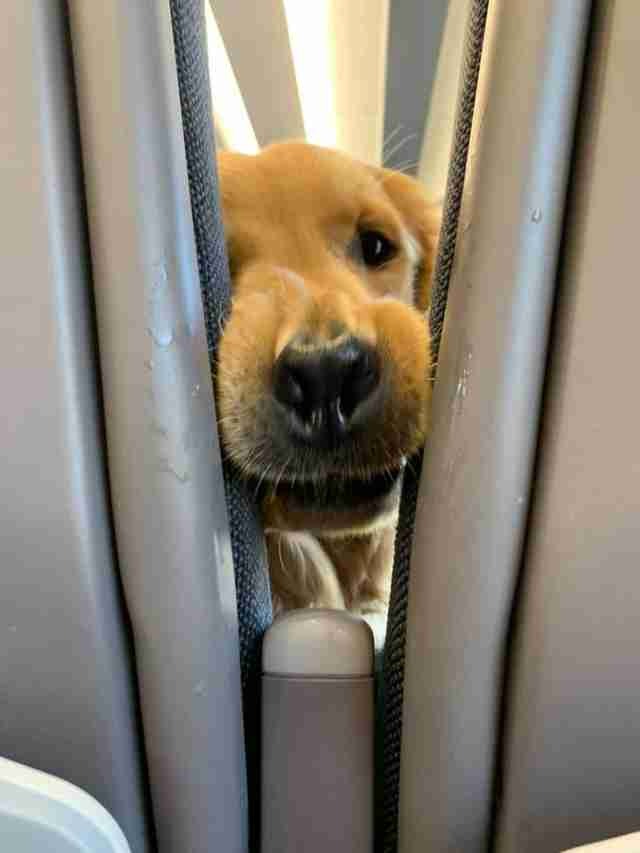 We think this attention seeking pup is simply adorable and the pictures couldn’t be any cuter. How lucky those passengers to have Huxley brighten their day. 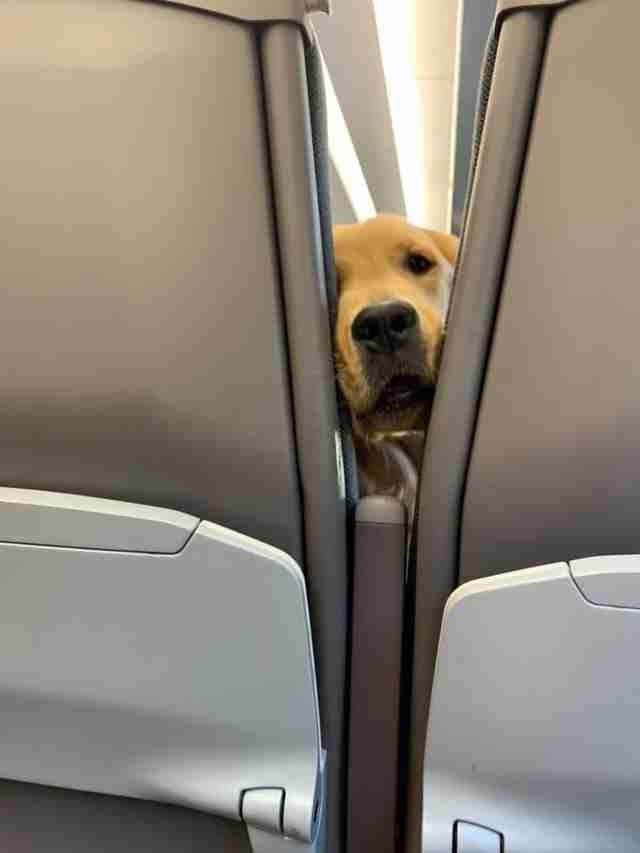 Please share his cuteness with your family and friends.