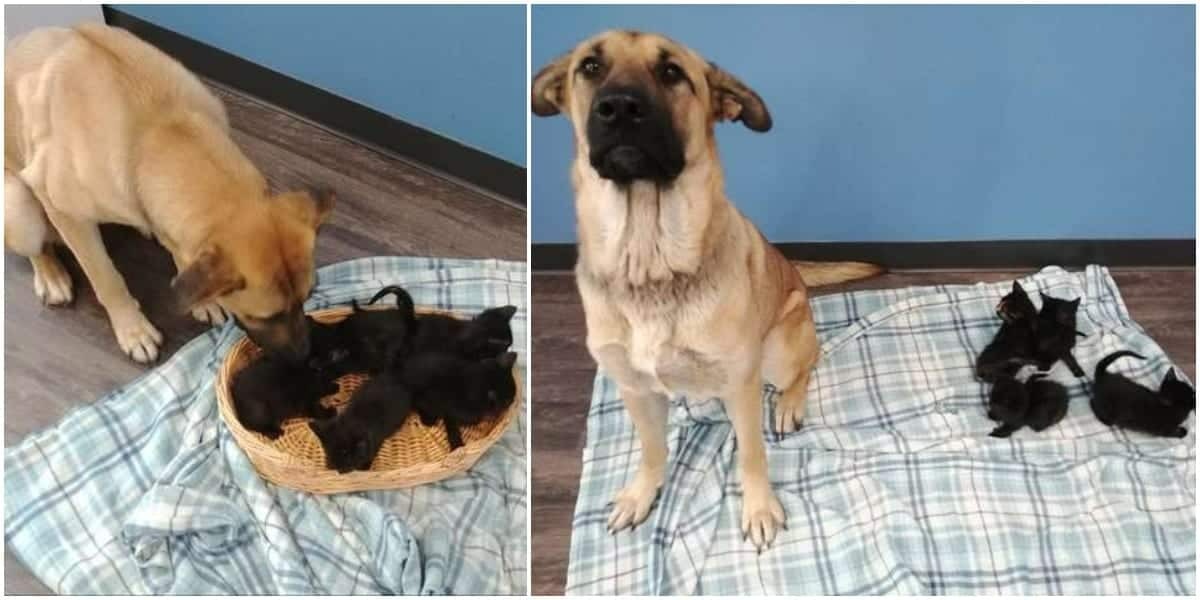 For many animal rescues and shelters, stories of hope are few and far between. But for the Pet and Wildlife Rescue in Chatham-Kent, Ontario, Canada, they recently had a sweet rescue story come their way of the four-legged kind. It warms our hearts to see animals helping other animals out, and this sweet rescue story is thanks to a kindhearted stray dog. She rescued not only one life, but five!

A Good Samaritan was driving during freezing temperatures last month when she saw something that immediately caught her eye and made her pull over. 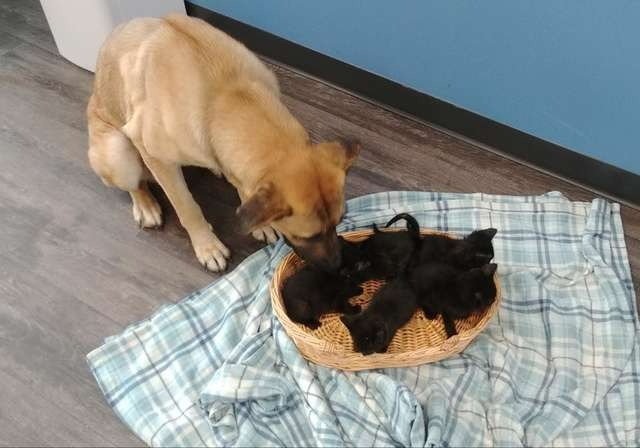 By the snowy roadside, there was what appeared to be a stray dog carefully guarding something. But what was it she was so fiercely protecting?
Carefully this sweet dog had positioned herself so that she could shield five orphaned kittens from the bitter temperatures and wind. There’s no telling how long the kittens had been there with the stray dog. But one thing was certain. There was an obvious bond between the two. And if not for her, these tiny kittens wouldn’t be alive. The woman knew she couldn’t leave them, so she gathered the kittens and rounded up the stray dog. Homeless pets in tow, off she went to the Pet and Wildlife Rescue. She was familiar with the facility and knew that they could give these animals the care they needed.

It’s obviously unclear if the dog and kittens had been formally acquainted. So, no one will ever know the real back story on how these animals came to find themselves huddled up in the freezing cold. 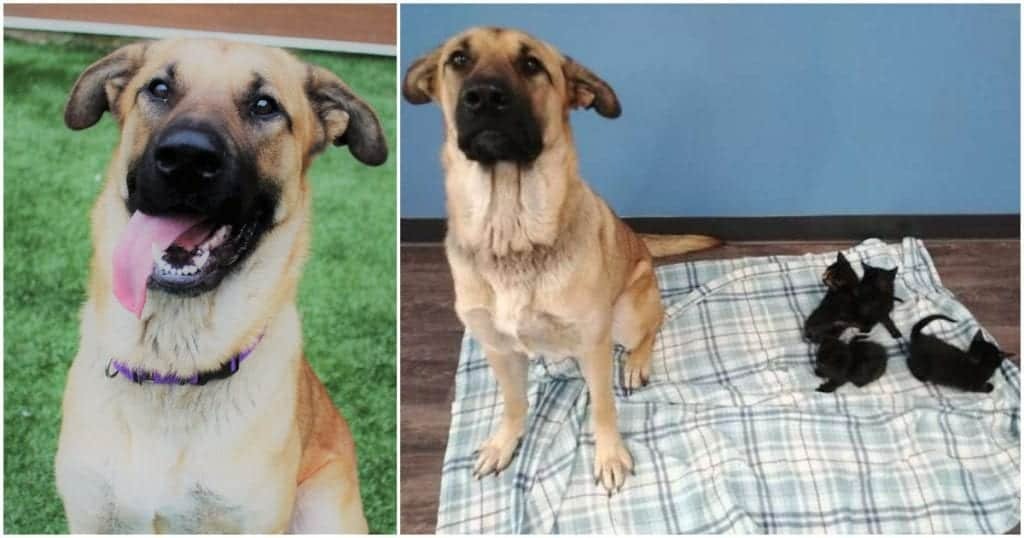 The most heartwarming part of the whole story isn’t just that she saved them from freezing to death. It’s that the stray dog was genuinely concerned about the well-being of the kittens even after they were in the care of trusted humans.
“Our staff sees many difficult situations on a daily basis and stories like this one make every heartache worth it,” shelter staff told The Dodo. “It’s truly heartwarming. It had been a very cold night so these kittens would have had a very hard time surviving.”

Aside from fleas and worms, the kittens and the stray dog who saved them are said to be good health

In life, sometimes those good deeds get rewarded in the best way. And especially for the stray dog who was named “Serenity”. Because with the good folks at the Pet and Wildlife Rescue, she found herself a furever home!

Check out the exciting update shared by the rescue this past week:

We’d like to give a special thank you to the kind folks at Pet and Wildlife Rescue for all the incredible work that they do to help pets in need. Want to learn more about who they are and what they do? Visit their website at pawr.org. 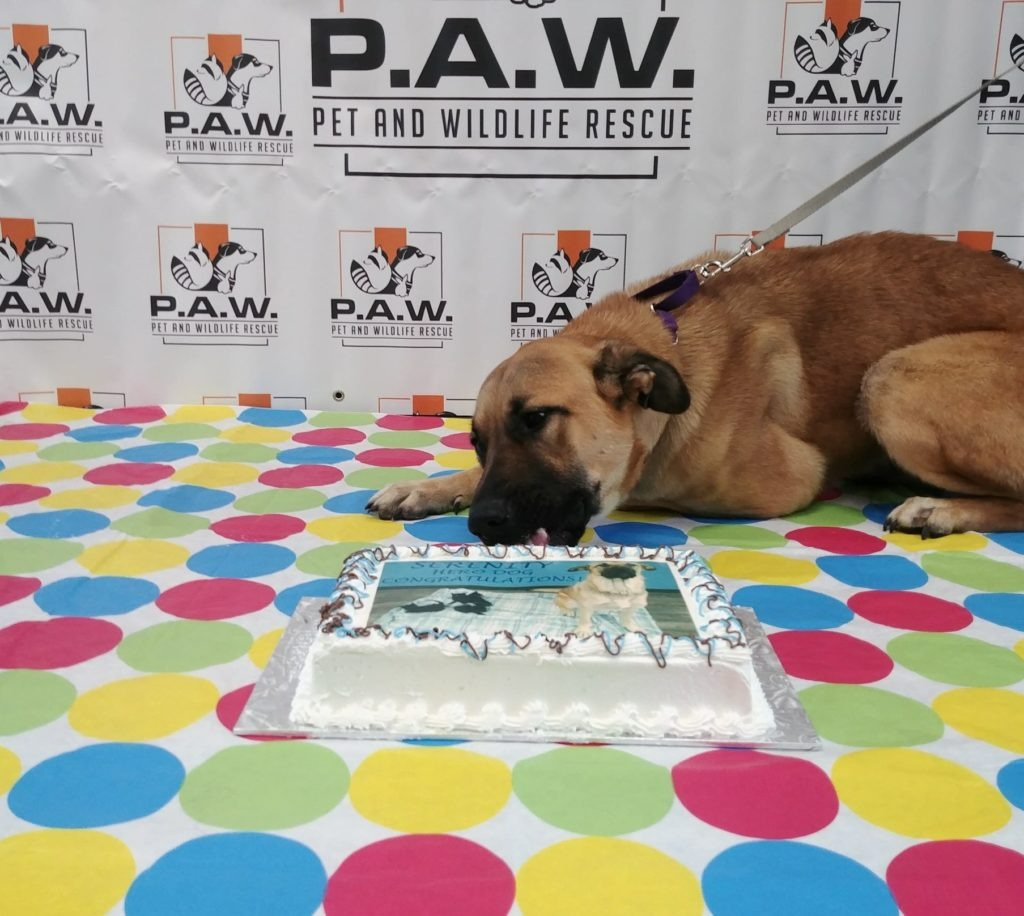 All Images Courtesy of Pet and Wildlife Rescue