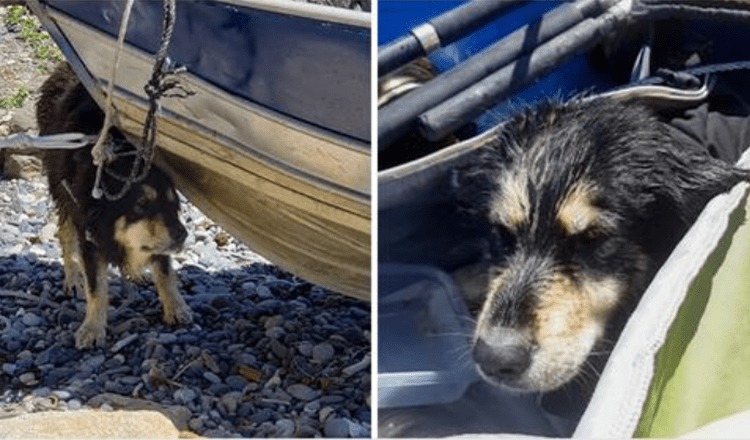 Many energic dogs love to embark on adventures, and nothing could be more wonderful than traveling with your four-legged buddy. But adventures are supposed to be dangerous and if you do not pay attention to your dog carefully enough, the consequence is hard to even imagine.

Stella was a poor girl who accidentally got lost during a hiking trip with her parents on the Juan de Fuca Trail, British Columbia, Canada. Her family tried their best to trace the dog but luck did not smile upon them. The terrified girl got stuck there hopelessly for 3 months, until two heroes showed up to save her life. 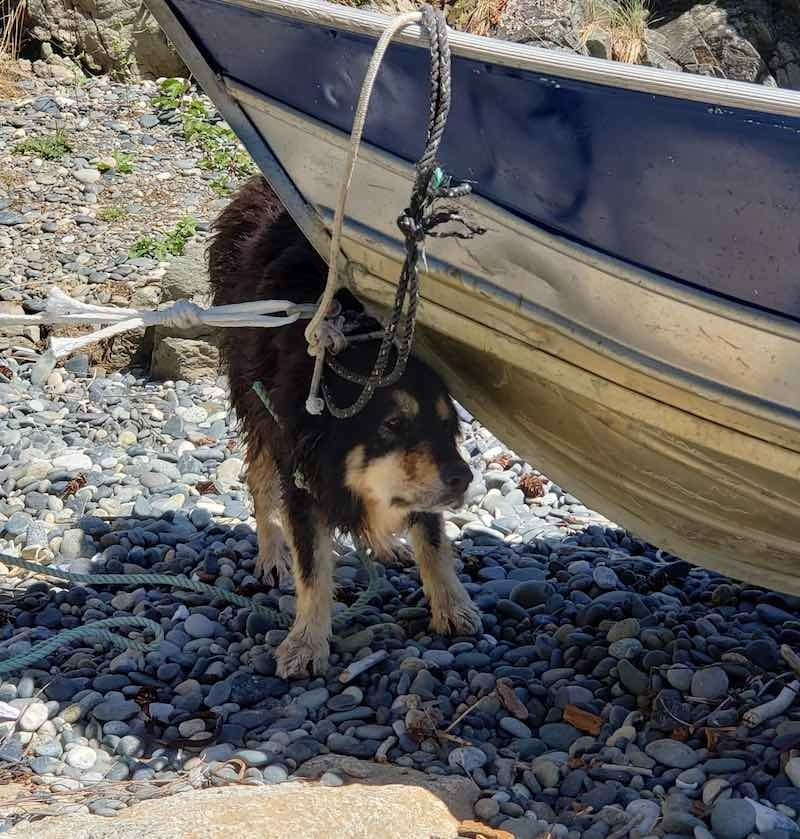 Surfers Zach Regan and Matty Johnson were coming back from Vancouver Island after an overnight surfing trip when something in the sea cave nearby caught their eyes. It was two brown legs, which were too small to belong to a bear or a wolf, but there was no way they could ever imagine they would spot a skinny dog in such a place. The duo was both taken by surprise, but they still decided they have to save the dog fast even though they were trying to beat an upcoming storm. 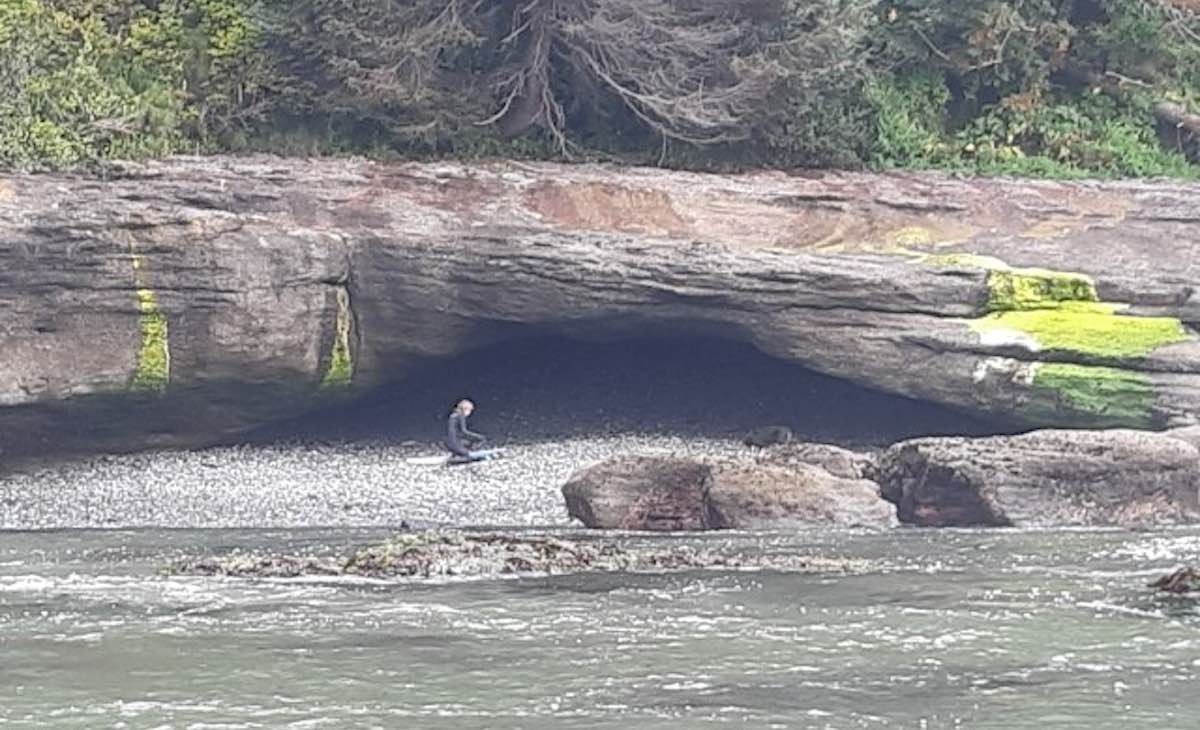 The saving mission didn’t go really smoothly as the dog was too scared to accept their help, but thankfully they nailed it. According to what Matty shared, it was a difficult process. Once they managed to get Stella on their aluminum boat, they wrapped the survivor in their surfboard bag to keep her warm and quickly rushed to the shore. 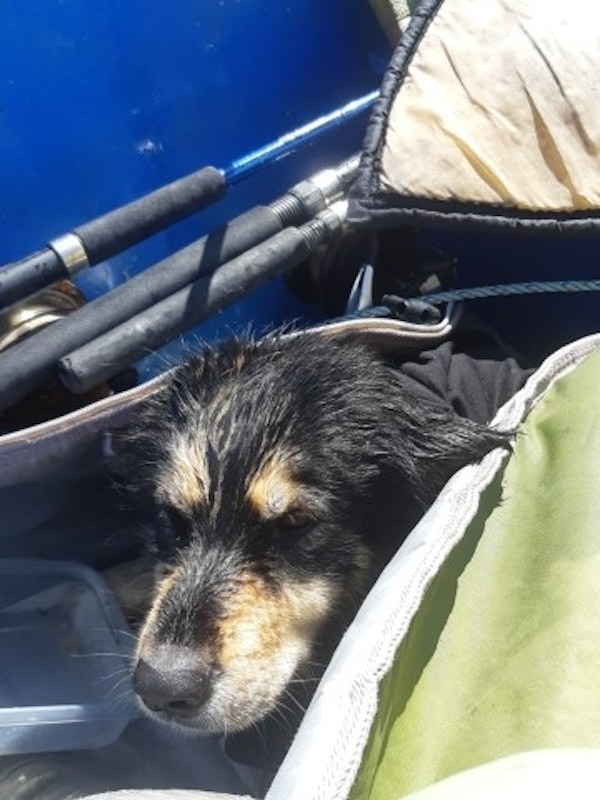 It turned out that Stella had been missing for a pretty long time and nobody knew exactly how she could manage to live on all by herself during that tough period. Of course her owners couldn’t be happier that she was safe. It was like a miracle.

We all have to thank these two wonderful humans for their heroic acts, but they don’t need any fancy recognition. All they want is only to spread good news and inspire people.