Johnny desperately looked for Ginger, but there was no sign of her. After a couple of days, Johnny finally found Ginger howling away by a river bank. She was completely trapped in the muddy soil. 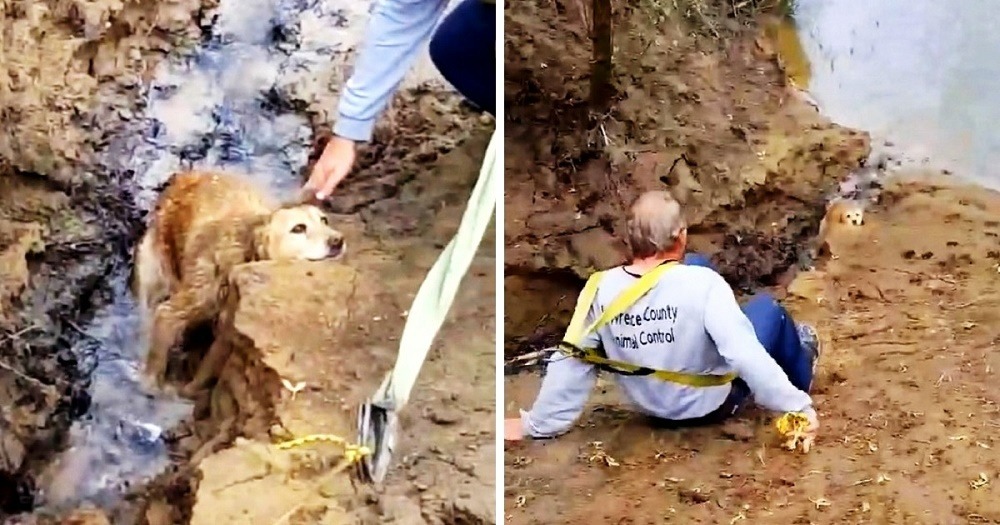 Johnny took the help of a friend and slid down the slippery slope to get to Ginger. He petted the scared dog and began loosening her paws from the muddy hold. After much difficulty, Johnny lifted her up and secured her in his arms. But just when he began ascending back to safety, he slipped on the soggy ground and fell. 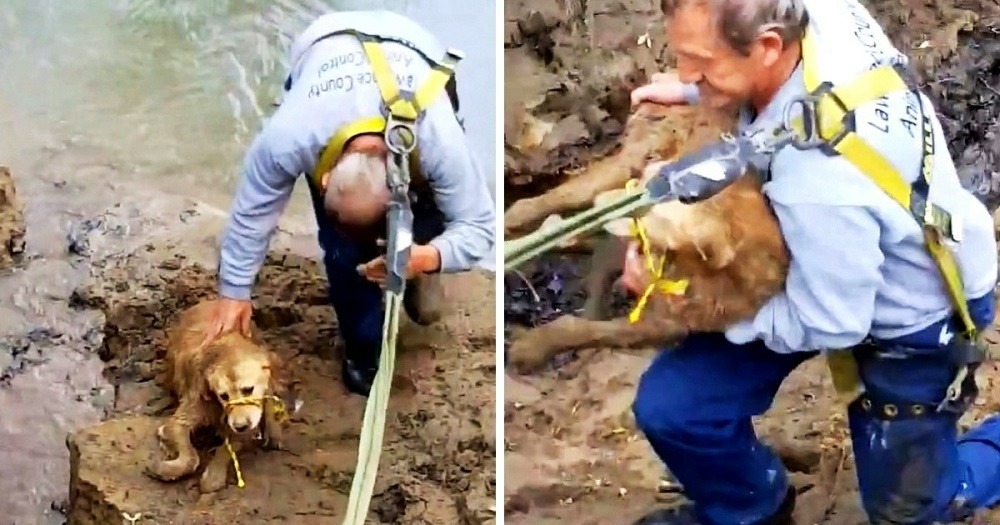 However, Johnny didn’t give up on the rescue despite the little setback. He had hurt his knees, but he dragged himself to an area where the ground was relatively solid. He endured the pain in his legs and used his hands to support his weight while scaling upward. After a painstaking climb, Johnny heroically managed to bring Ginger to safety! 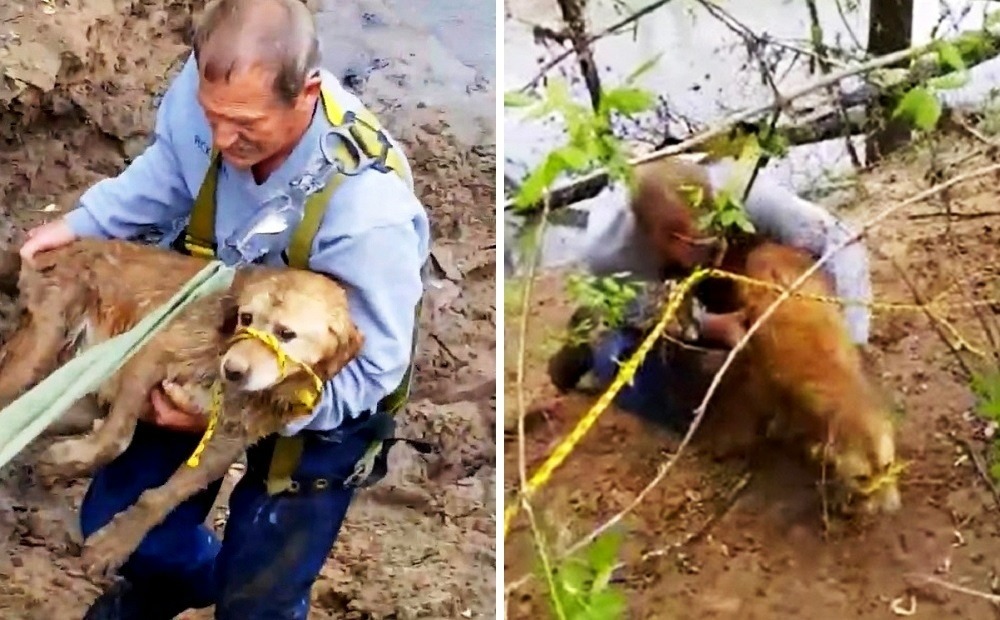 Ginger was drenched in mud and heavily weakened, but she hugged Johnny to thank him for saving her life. The pooch has been admitted to the Tri-County Animal Clinic, where she will recuperate for the next few days before reuniting with her family. We truly admire Johnny for displaying incredible integrity and dedication in rescuing the helpless dog!