A family in New Zealand was extremely worried after their senior dog went missing. But, they were left speechless when he returned back home, with a touching note around his neck!

Since he was a few weeks old puppy, Louie lives with Marolyn Diver’s parents at their farm. The adorable sheepdog had always been a very energetic puppy, so all day long he used to wander around the family’s property. Yet, the things have changed as Louie grew older and now at his 12 years old, the senior rather prefers to hang out around the house than exploring the neighbourhoods. Therefore, when Louie went missing one day for several hours, his family was very concerned, and on a good reason. It happened exactly when Marolyn had visited her parents, who were nothing but worried as they had now idea where Louie could be. But, later in the afternoon, everyone was so surprised to see the old dog returning home, carrying a handwritten note around the neck.

“He looked so exhausted, and had basically just collapsed,” Marolyn shared with THE DODO. “We were concerned someone might have hurt him. But after reading the note I felt complete and utter relief, then my heart melted.” 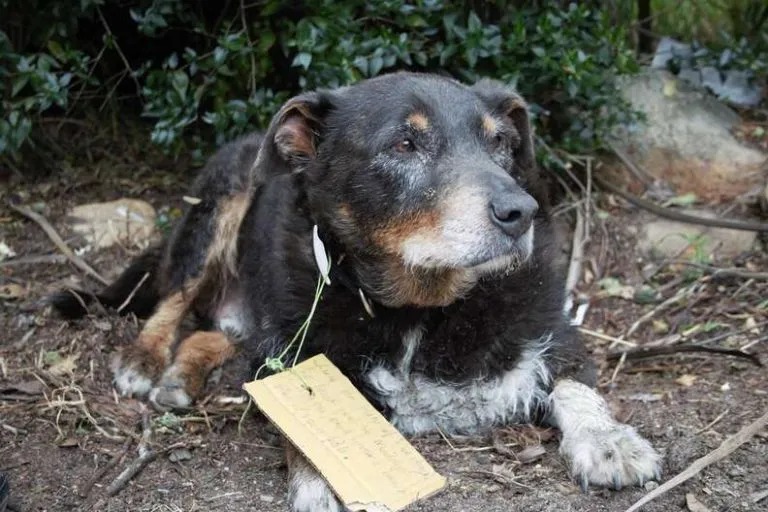 The note proclaimed the dog a hero. “Louie is the hero of the day,” the note read. “He led me to Maddy in distress stuck under a branch pile. Cheers, Rob.”

Rob, who is also a farmer, is one of Marolyn’s parents’ neighbor and Maddy is his doggie. So shortly after reading the note, her parents reached Rob by phone to ask him for details. Turns out that Maddy was also missing that day and after Rob searched her everywhere, when he got home he spotted Louie at his place. The dog insisted for Rob to follow him. The man trusted the dog’s instincts and surprisingly he lead him exactly where Maddy was. 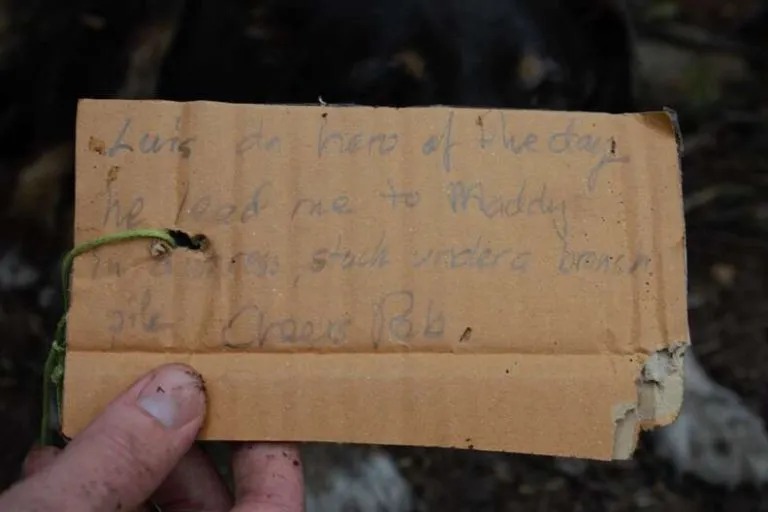 Unfortunately, Maddy somehow got trapped in some bushes, but thanks to her friend Louie, she’s now alive. “Rob said he was 100 percent sure that Louie knew what he was doing, and getting Rob to Maddy was his one pure focus,” Marolyn said. “Once he found her, Louie helped Rob dig her out, pulling at branches, digging out the ground. Rob said the second she was free both dogs ran to a nearby pond and jumped into it exhausted and drinking water.” 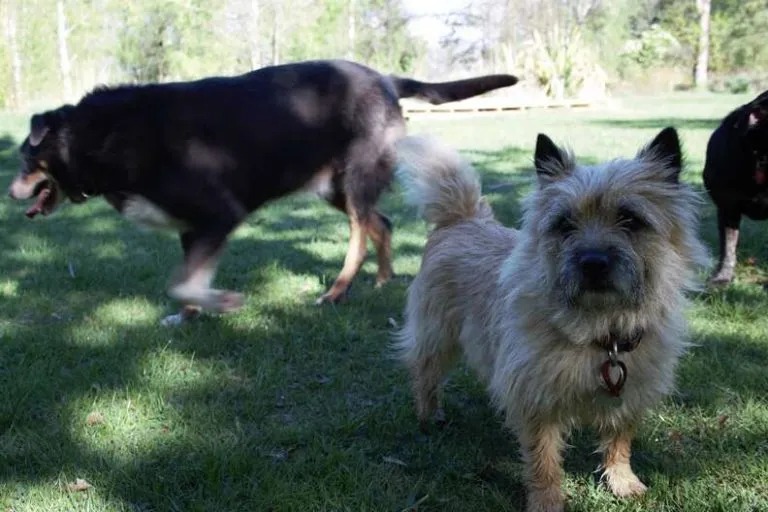 Exhausted after the rescue, Louie could barely lift his head up from bed that day, let alone eating or drinking water. His poor condition made his parents even more concerned. But miraculously, everything got back to normal the other day, when Rob and Maddy decided to pay them a visit.

“The next morning Rob came over on his bike with Maddy in a wee basket in the back,” Marolyn said. “Louie perked up and was back to normal.” 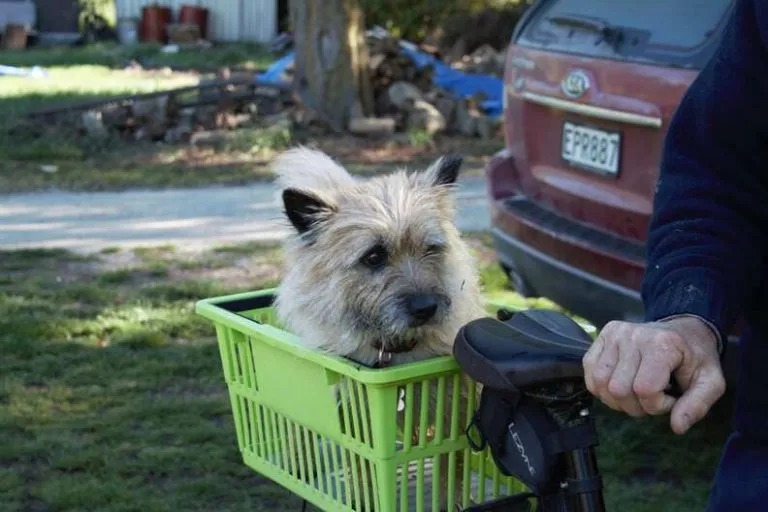