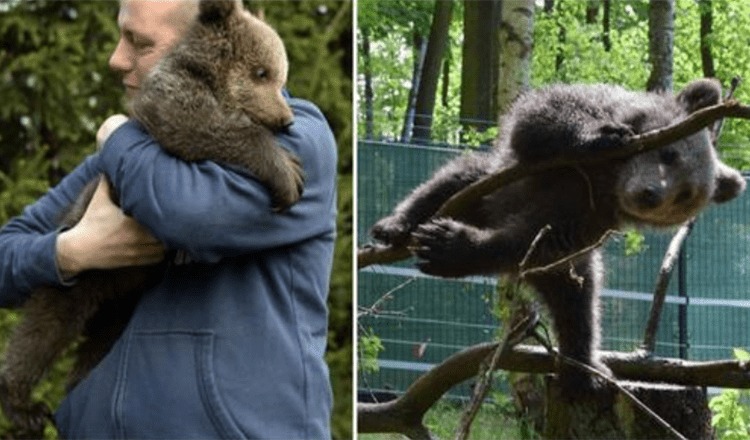 Mother is the most important person to us. She loves and takes care of us unconditionally. She is ready to do everything to protect her children under any circumstance. The bond between a mother and her babies is special and inseparable. 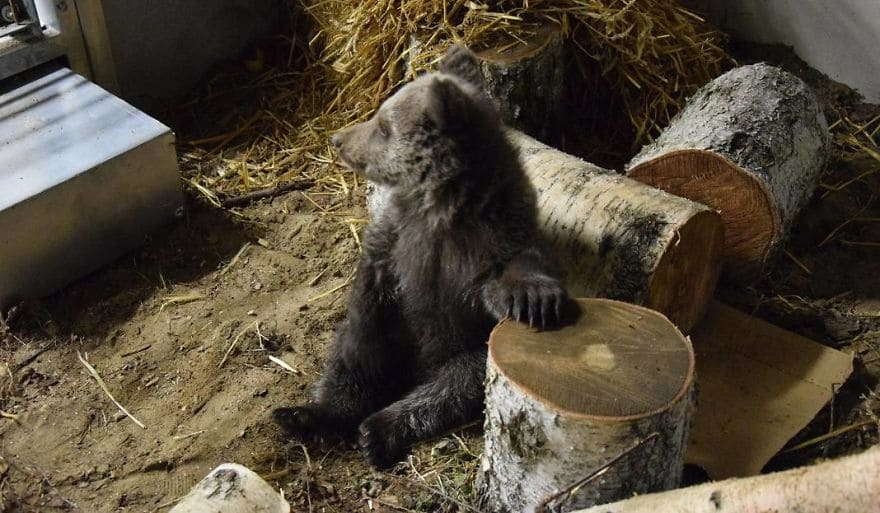 Do you know wild baby animals cannot survive in the wild without their mother’s care? They need their mother much more than any of us. However, some are miserably left abandoned by their mothers. They keep wandering around to search for their moms and look for food. They have to fight for their survival. Some can wait until they get help, but some can’t. 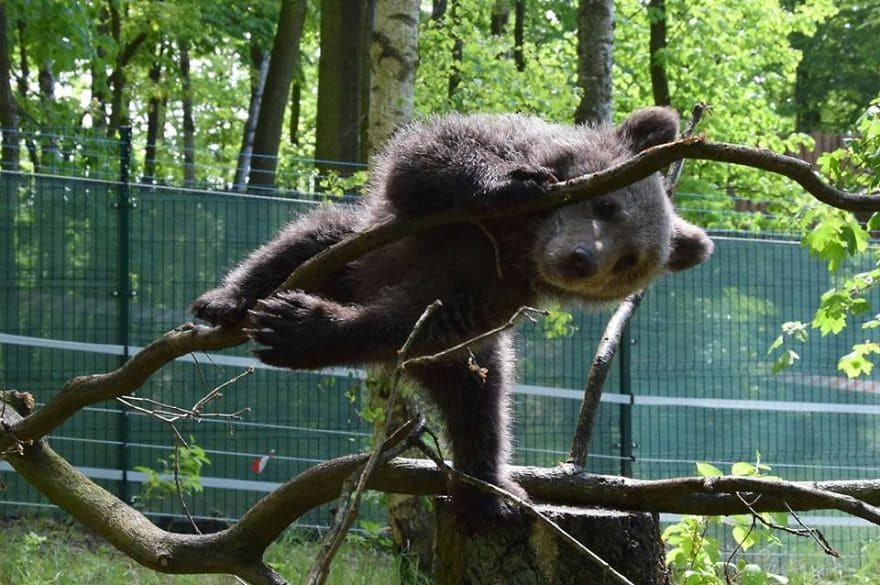 Cisna, the two-month-old orphaned bear cub in this story, is a lucky one. The poor little girl was spotted in Bieszczady mountains by a man who alerted a nearby forester station. She was almost starving at that time as she could barely stand on its paws. 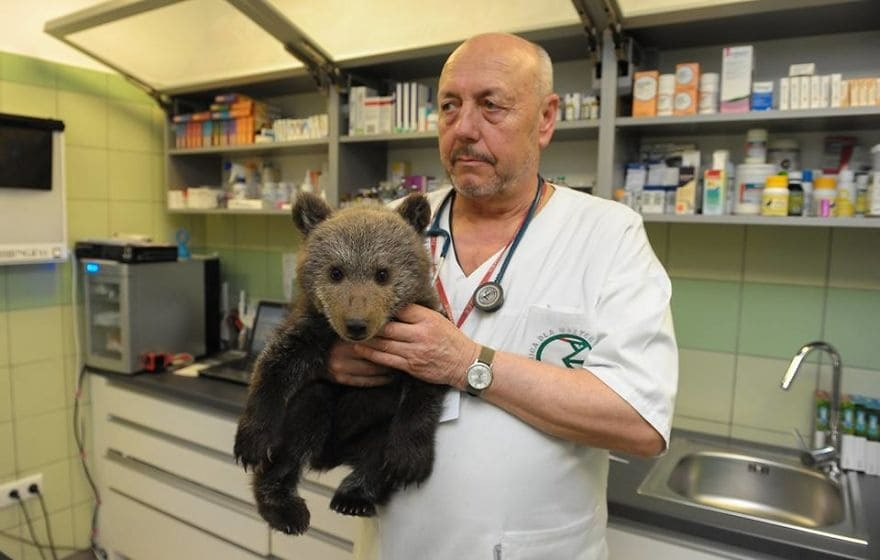 After finding no sign of the mama bear, the kind-hearted man called the “State Forests” for help. The staff of the organization came and took the poor baby bear with them. They then transferred her to the Rehabilitation Center of Protected Animals in Przemyśl Rehabilitation Centre of Protected Animals. Here, the little bear received medical examinations and special treatments. 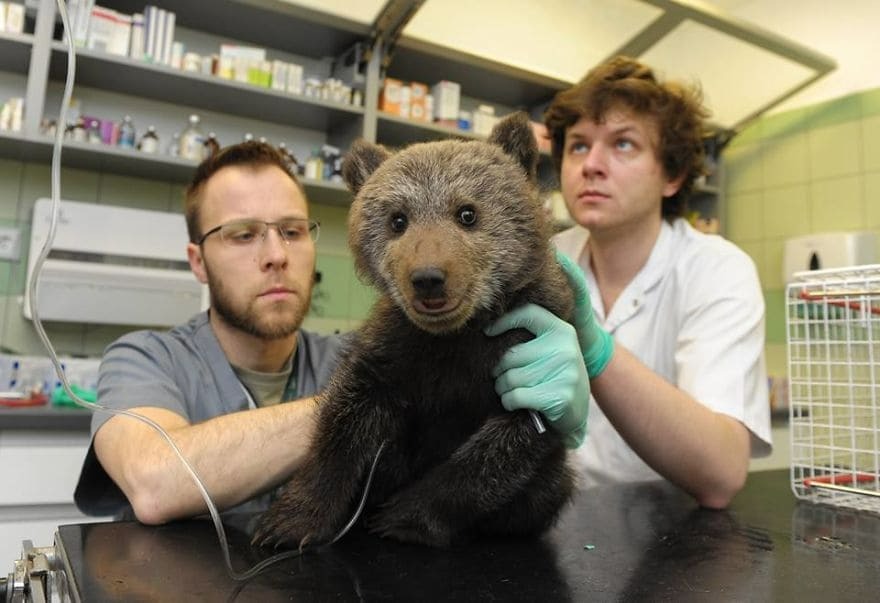 Dr. Andrzej Fedaczyński and his son, Radoslaw Fedaczyński, and another doctor named Jakub Kotwicz were in charge of taking good care of the poor little girl. They had helped all kinds of animals before, so they worked hard to keep the cub alive. Thankfully, she began to eat and grew stronger. 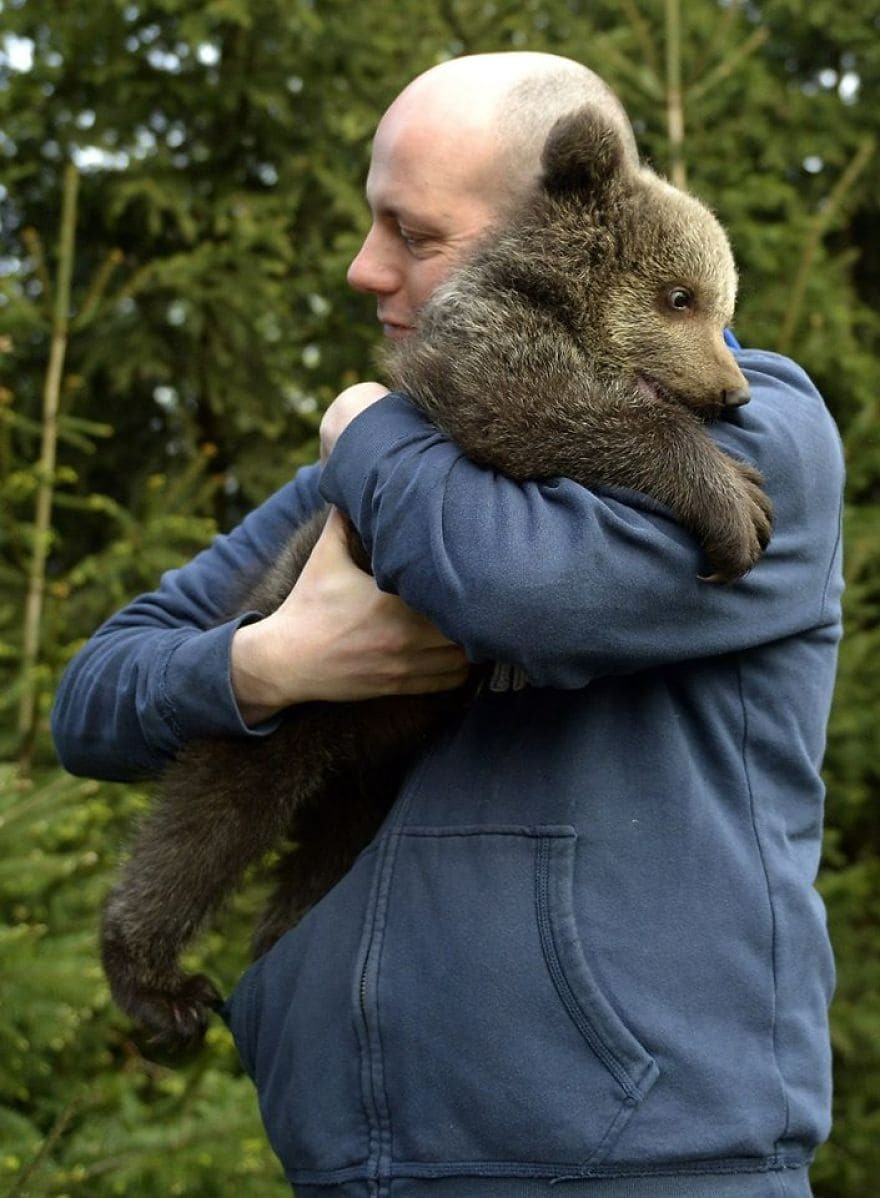 In order not to scare the baby bear, the zoo’s staff took night shifts to feed her and put on a mask on their faces. The cub was so scared of the humans around her. 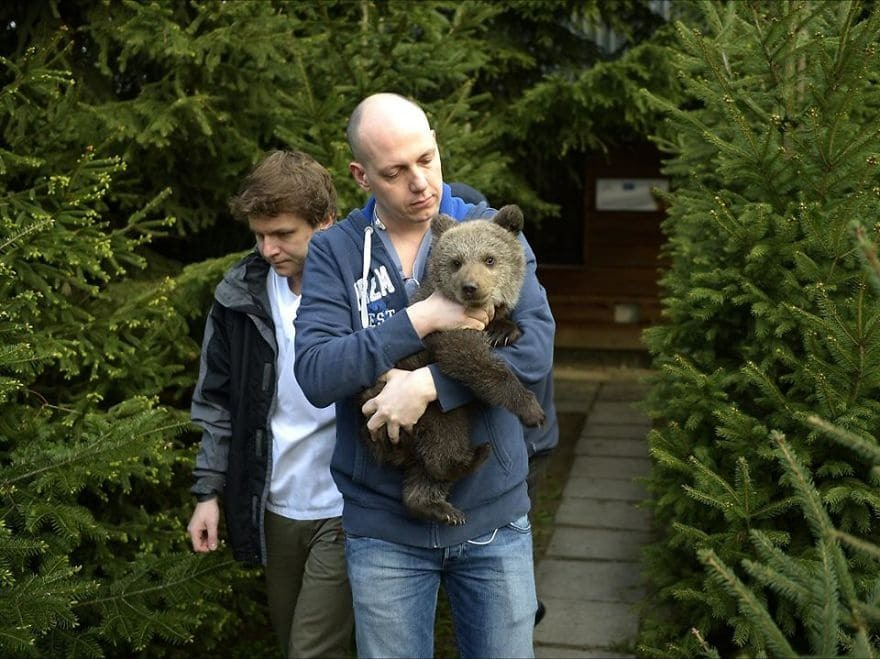 Everyone all hoped that the motherless cub would be released back to the wild when she grew up. However, no center in Poland was capable of dealing with that small bear. 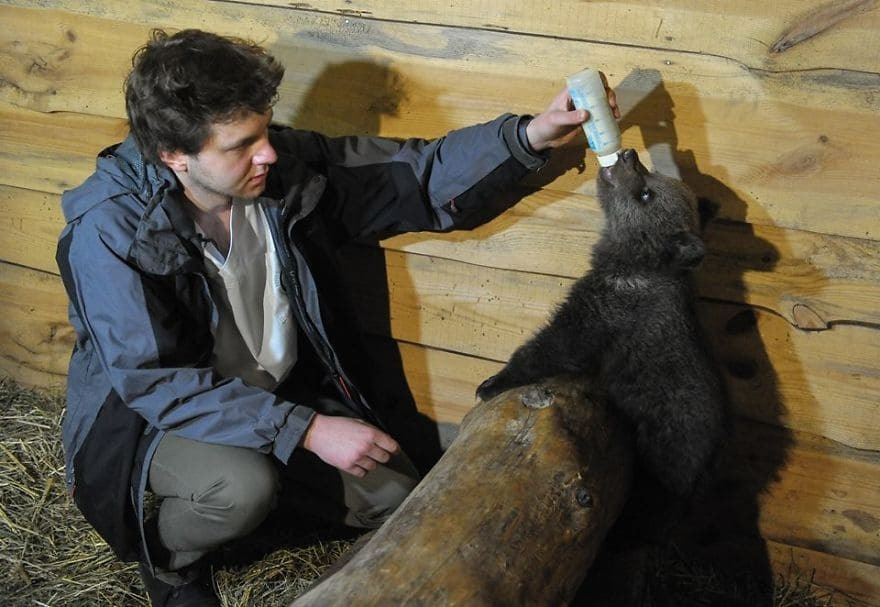 Eventually, the bear cub was taken to the Poznan Zoo. The Directorate of Environmental Protection had consulted experts before making that decision. Dr. Radosław was having a good relationship with the little furry friend at that time. He cried like a baby when the bear cub left for Poznan. He also promised himself and Cisna that he would build a center for wild animals. He didn’t want to see wild animals like Cisna being sent to a zoo.

You can watch the video of the cute cub below!

Thankfully, Cisna is currently growing healthily and happily in Poznan zoo. She gets her best friend, Bari the dog that helps her overcome loneliness and anxiousness.