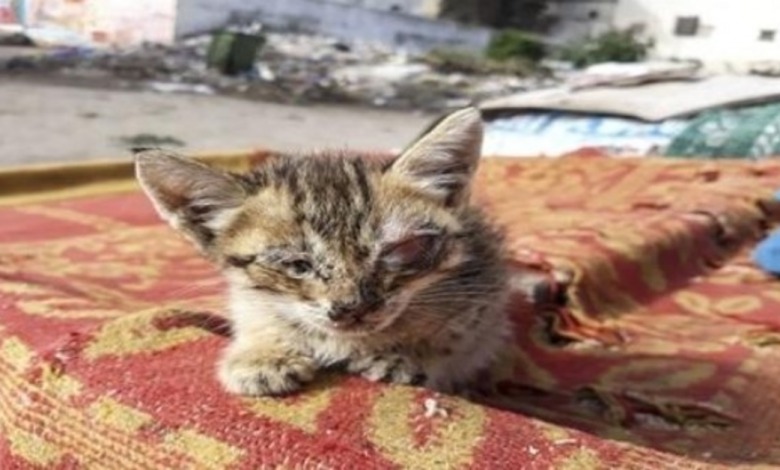 Fatima is a woman from the city of Azemmour, Morocco who is on a mission to save all stray cats in. She says that the prophet Muhammad had a special relationship with cats and praised everyone who helped them. Fatima has been helping cats for years and feeds all stray cats in the neighborhood twice a day – in the morning and evening, writes thebestcatpage

Some of these cats are quite sick, suffering from infections, but Fatima doesn’t mind. All cats in the neighborhood know of the kind woman, popping up from everywhere as soon as they notice her carrying a bag full of fish heads. On the tip of Azemmour, a whole flock of cats have been abandoned a few years ago. Fatima feeds them every day and has laid out card boxes that give them shelter. A few weeks ago, Fatima’s husband passed away, and things have been hard. The amount of vulnerable and sick kittens on the street didn’t make things any better. She cares for around 60 kittens and cats – some are very sick, some are disabled, while some are nearly dead. 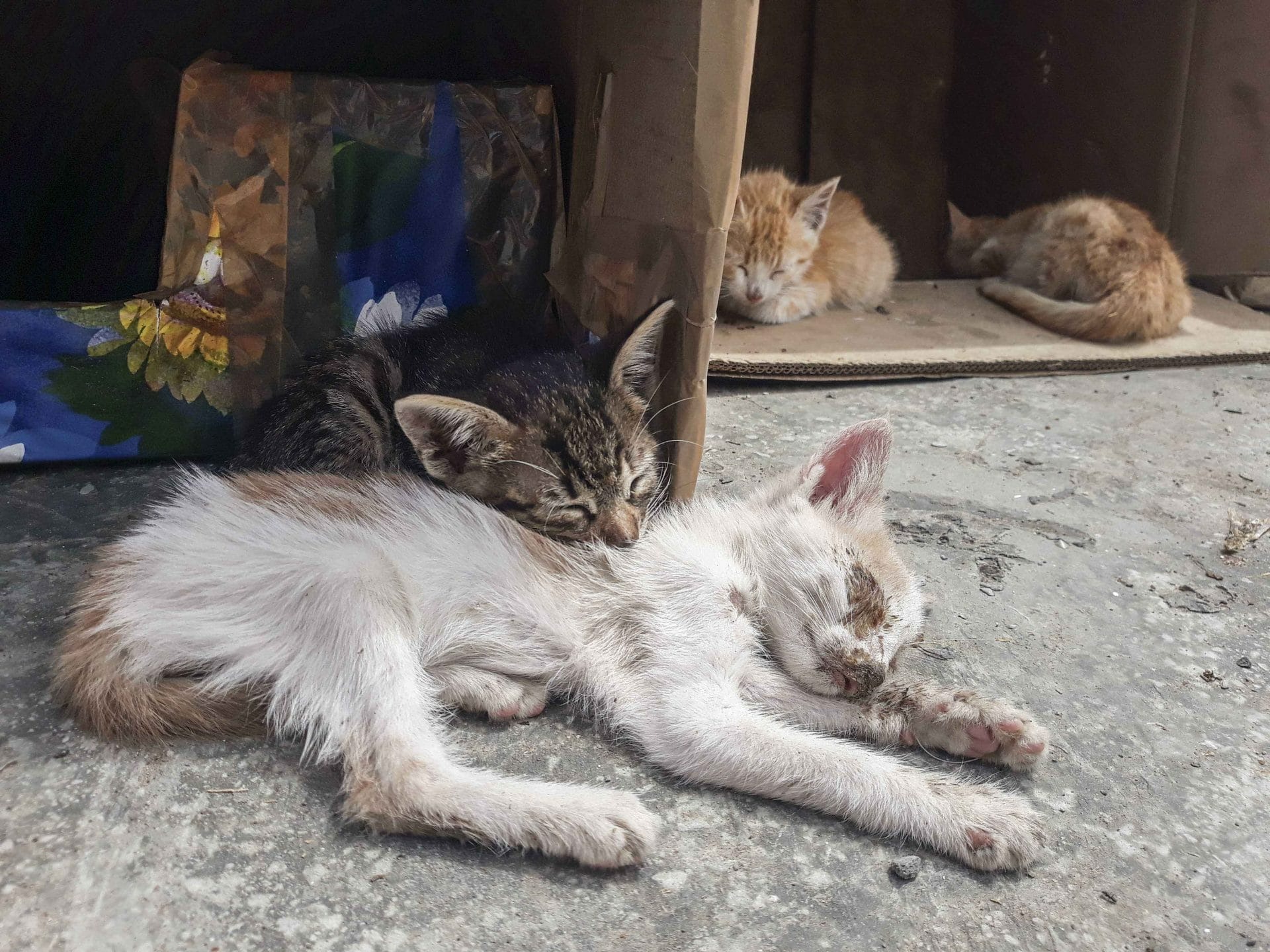 When you consider that the poor woman’s husband passed away not too long ago, it was clear that Fatima needed help.

Luckily, a generous organization offered the helping hand she needed. He was heartbroken seeing Fatima like that. With sterilization being expensive and even unheard of in Morocco, the cats Fatima feeds every day have been multiplying at a fast rate. Even worse, people who have heard of Fatima bring disabled and abandoned cats to her every day, adding to the ever-increasing problem. In 2017, a program called ERHAM was started to help control the overpopulation of cats in Morocco. The program offers free sterilization and aims to take some pressure off Fatima. ERHAM’s team grew bit by bit and now works together with Fatima to collect abandoned kittens and treat them for parasites, fleas, and infections. Recently, a total of 94 kittens were treated in a single day! 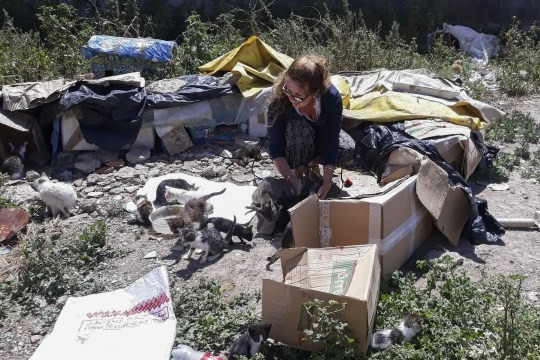 Additionally, ERHAM’s team cleaned an area near the spot where the cats live and built a 3×3 concrete slab with a separated feeding area. The old boxes Fatima put there were replaced by plastic waterproof homes. 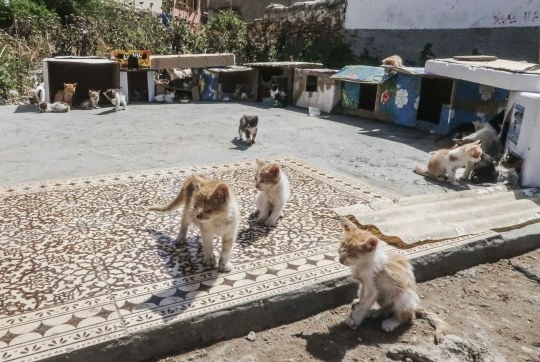 In the beginning, locals weren’t happy about ERHAM’s efforts. Attitudes started to change later, though, with more and more sick and abandoned kittens brought to the spot. Nursing cat moms were also brought, being infected by bacteria from the sick cats. No matter how hard the volunteers tried, caring for all the cats and kittens was an impossible task.

Thankfully, a man named Mustapha who lived nearby offered to take 10 kittens into his garden until they’re adopted. He took a big load off ERHAM’s hands and inspired others to help as well. Many joined in weeks after Mustapha, helping ERHAM and Fatima help the sick kittens. The so-called “Kitten City” has become a haven for abandoned kitties. Of course, ERHAM still needs all the help they can get. The organization will support Fatima’s work in the future and we hope everything turns out for the best.