They say curiosity killed the cat, but this feline got a lucky break thanks to a kind stranger!

In a video shared by Inside Edition, you can see a cat stuck with a clay pot on its head.

The poor cat had wandered around with the pot on its head for a while and was not having any luck with freeing its head. 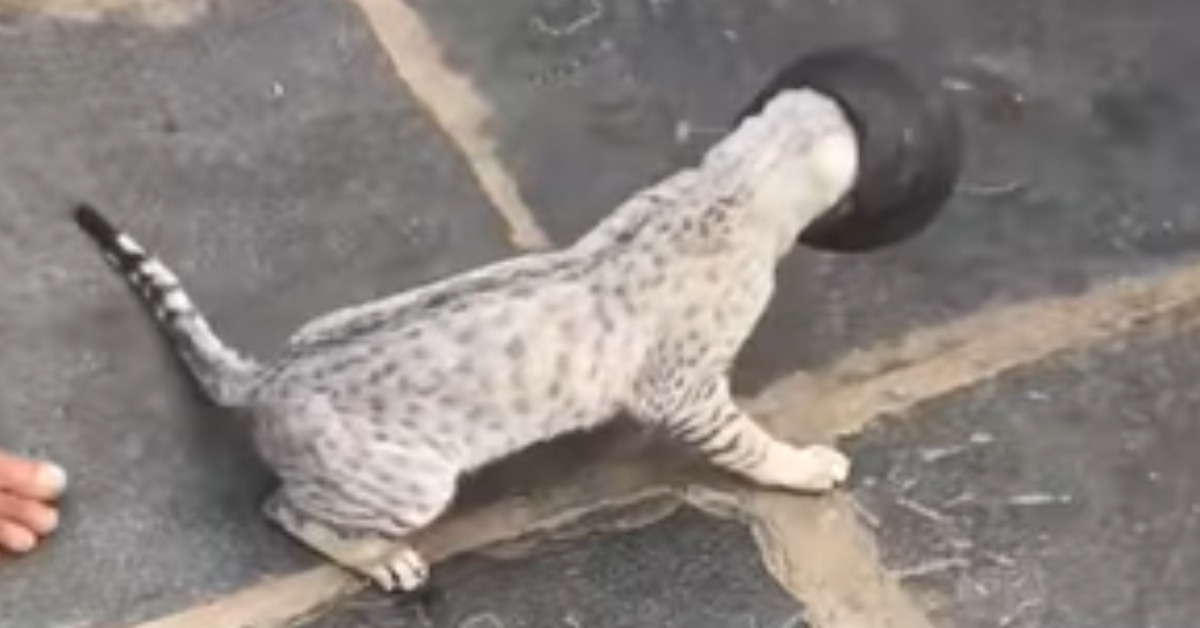 Of course, a cat can’t survive with its head completely covered for long. The stuck feline likely would’ve become prey to a predator, wandered into traffic, or starved if it help hadn’t arrived.

Thankfully, a kind stranger spotted the cat and decided to help. 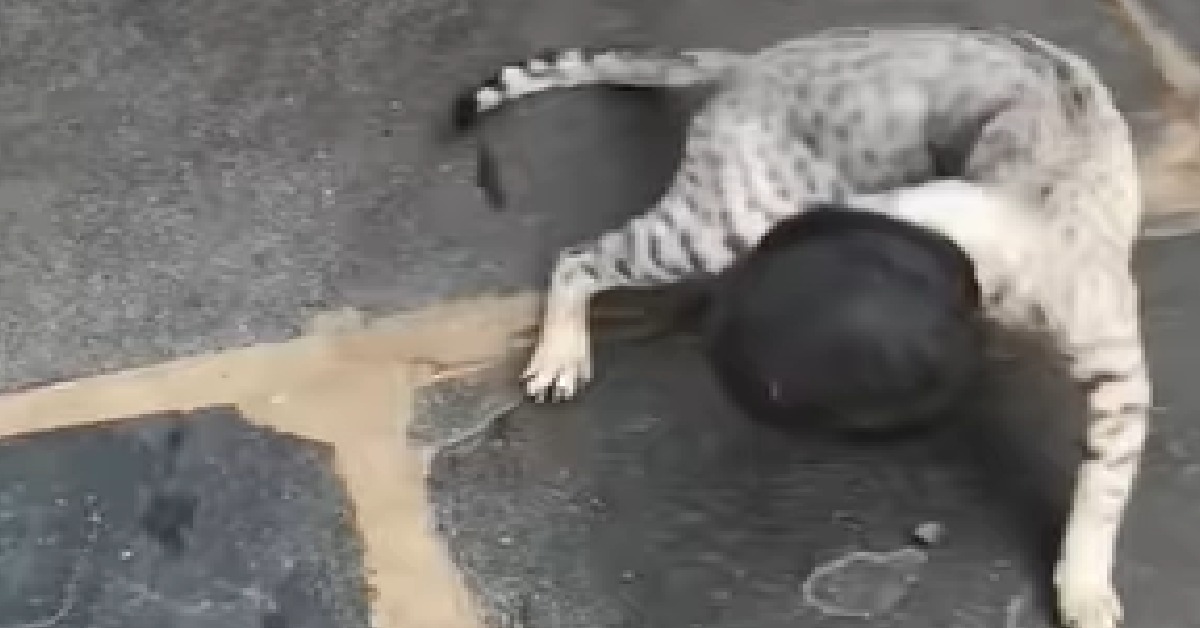 In the video, you can see a man firmly grab the cat. He gives the feline a few kind pets before gripping the pot around the cat’s head and smashing it into the ground.

It looks startling at first, but then it becomes clear what he did. With the pot broken, the cat was able to slip its head free and run away! 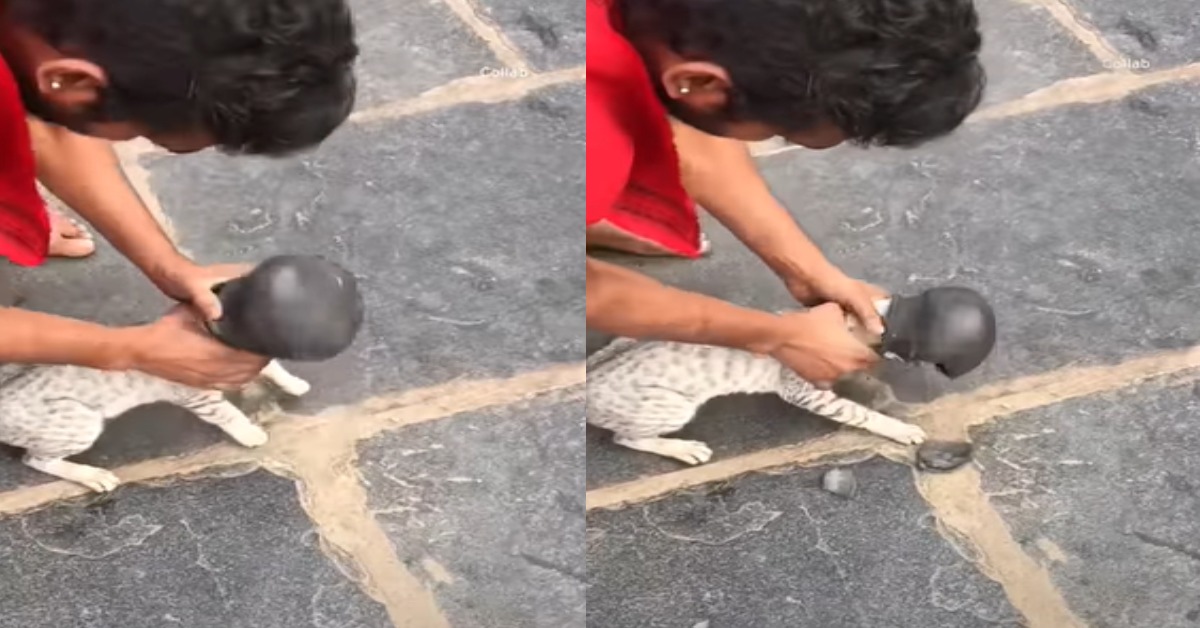 The world could use more kind-hearted people willing to help out.

Watch the rescue video below: