This wounded hedgehog refused to give up – but in so doing, she saved far more than herself.

Last month, a Good Samaritan in Israel found the animal clinging to life on a roadway after an apparent vehicle strike and delivered her to the Israeli Wildlife Hospital in Ramat Gan, near Tel Aviv. There, vet staff were assessing her injuries when they discovered the likely reason why the hedgehog was so persistent on surviving.

An X-ray revealed that she was pregnant with five tiny babies, all of whom were depending on her to stay alive. 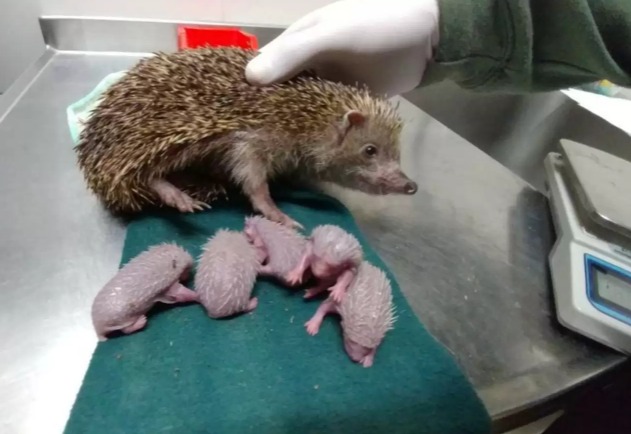 Fortunately, the care staff was able to stabilize the expectant mom, keeping her warm and well-fed as she recovered from a wound on her head. And sure enough, when the time was right last month, she had enough strength to give birth to a healthy litter of hoglets.

The dedicated hedgehog parent, whose refusal to give up ensured the babies had a chance to live, is now doing her part to see they get the best possible start at life.

“Despite her injury, the spiky mother is recovering and faithfully breastfeeding her young,” rescuers wrote online. “Soon she’ll make a full recovery and will return to nature with her babies.”

According to ISRAEL21c, the Wildlife Hospital cares for 3,000 injured animals every year with the goal of releasing them back into the wild.