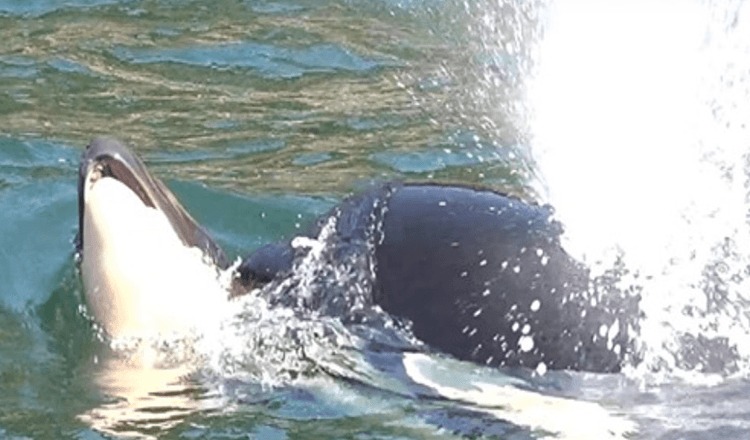 What most of us know about orcas is all wrong.

We’ve called them “killer whales” for decades, owing to their prowess in taking down some of the most vicious sharks. The bloodthirsty reputation gained even more credence when “Orca” was chosen as Captain Quint’s shark hunting vessel in the 1975 film “Jaws.”

But as dangerous as these marine mammals can be, they’re capable of even greater compassion.

Nothing proves this more than the image of an endangered mother orca carrying the body of her dead calf through the Salish Sea for 4 straight days. 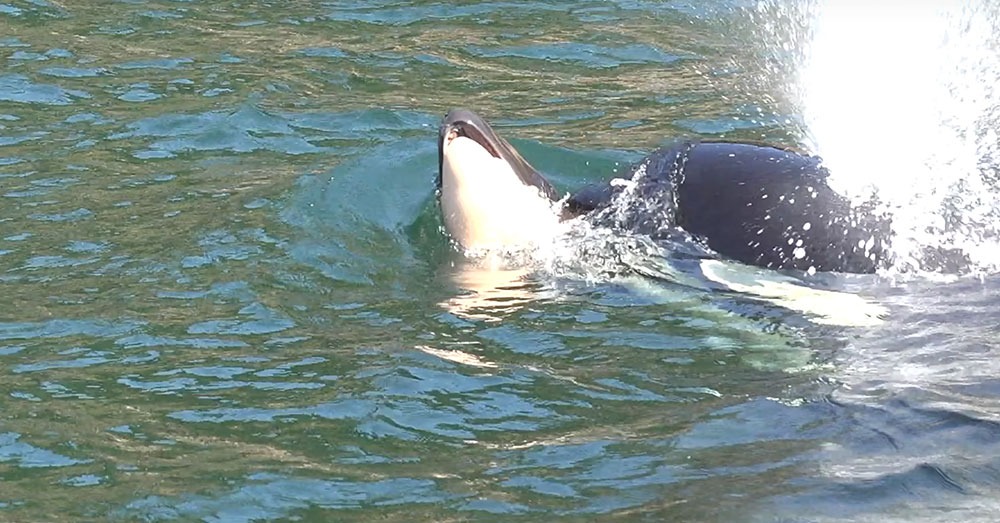 According to the Center for Whale Research, the calf was born near Victoria, British Columbia, to an orca named “J35” by researchers. The baby died a few hours later. The following day, the mother orca was seen pushing the dead calf near East Point, Saturna Island, Canada.

“At sunset, a group of 5-6 females gathered at the mouth of the cove in a close, tight-knit circle, staying at the surface in a harmonious circular motion for nearly 2 hours,” a resident of San Juan Island near Eagle Cove told the center. “As the light dimmed, I was able to watch them continue what seemed to be a ritual or ceremony. They stayed directly centered in the moonbeam, even as it moved. The lighting was too dim to see if the baby was still being kept afloat. It was both sad and special to witness this behavior. My heart goes out to J35 and her beautiful baby; bless it’s soul.” 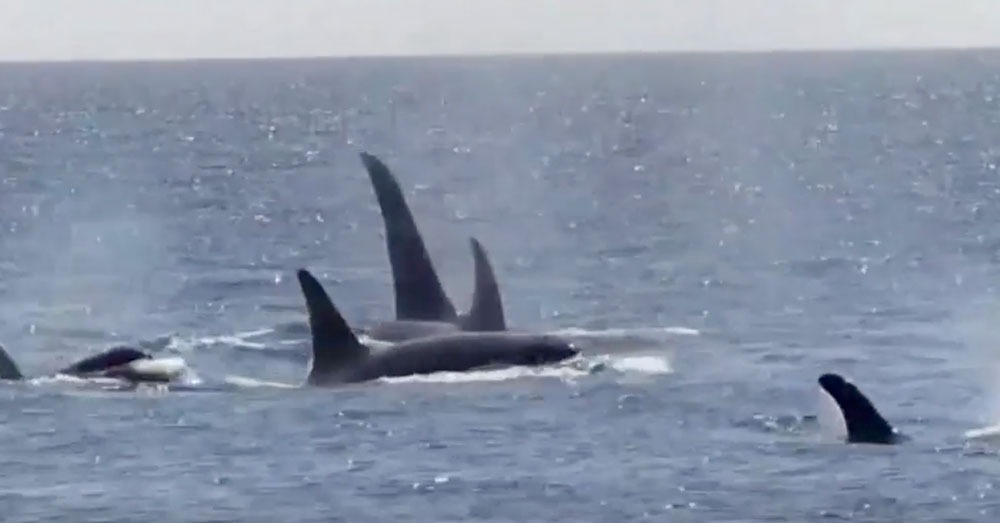 While uncommon, this behavior isn’t out of the question. Killer whales and even dolphins have been seen doting on their dead offspring for up to a week in some cases, “a testament to the amazingly strong mother/offspring bond and caring,” the CWR reports.

This tragedy aside, the Southern Resident killer whale (SRKW) population in the Pacific Northwest has been in dire straits for some time. Only 76 of the whales remain, and few have successfully reproduced in recent years. “The cause is lack of sufficient food resources in [the orca’s] foraging area. There’s not enough food, and that’s due to environmental reasons,” Ken Balcomb, the Founder of the Center for Whale Research told CNN. “The hatcheries are not working. You’re genetically homogenizing the populations and they’re smaller and less fit and more expensive to produce.” 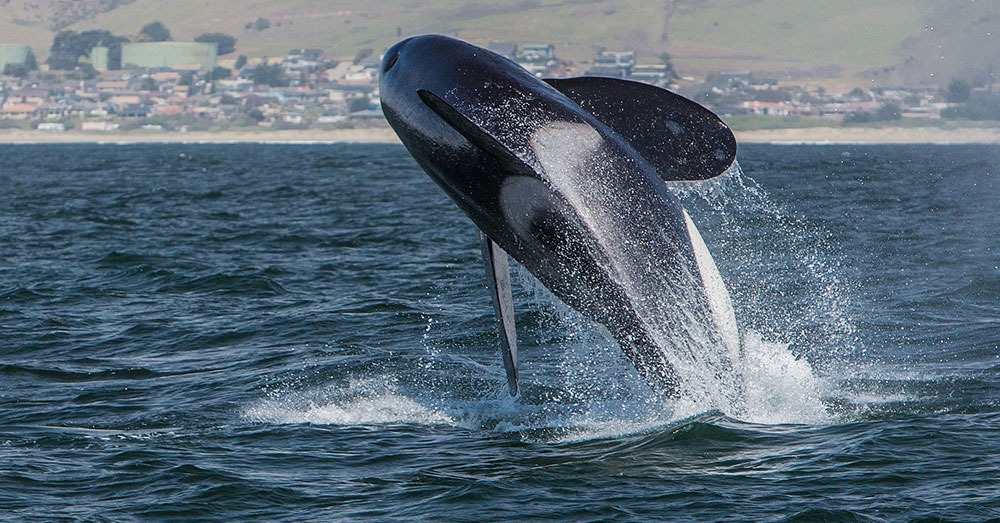 But our understanding the source of the problem, sadly, is little help to J35, who would carry her dead calf 1,000 miles over the next 17 days. Balcomb surmises that the forlorn orca was well aware her calf was dead, but felt the need to hold on for a few more hours before letting go forever.

– Advertisement –
“They know the calf is dead,” Balcomb said. “I think this is a grieving or a ceremonial thing done by the mother. She doesn’t want to let go. She’s probably lost two other calves since her first offspring eight years ago.”

Watch the mother Orca push her calf’s body around the Salish Sea in the video below.