A baby horse, named Tye, sadly lost his mom at only 9 days old. But, thankfully, the foal was about to make a best friend that would help him get through the trauma, writes ilovemydogsomuch 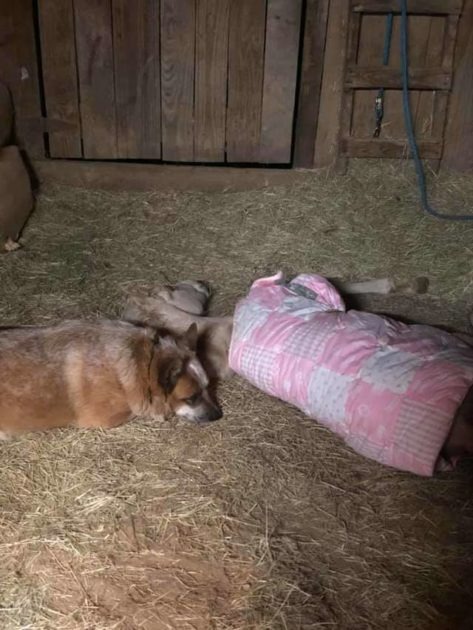 Kara Swindle’s rescue dog, Zip, never paid much attention to the horses living on the property. Kara told The Dodo, “We raise foals every year, and he would…just look at them.” But Tye was different.
But then, it was like a switch went off and Zip knew he was needed.
Tye’s mom became ill right after giving birth. Kara stayed by her side and did all she could to help. But both mom and baby weren’t doing well and continued to go downhill. Zip hung around Kara like a good loyal companion, watching both mom and baby with concern. 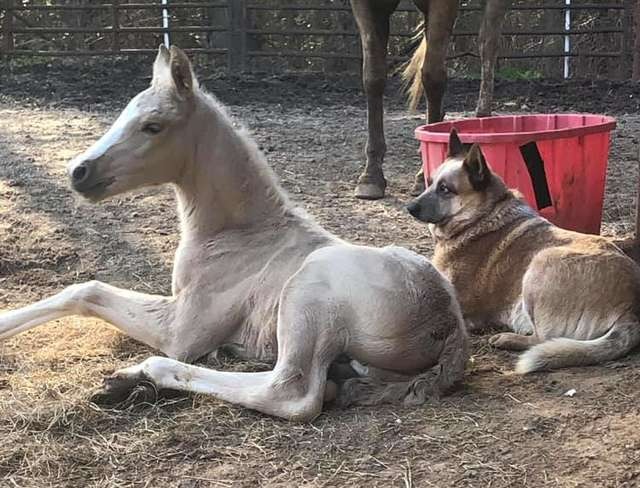 “I spent the night at the barn taking care of the mama horse, hoping that I could pull her through,” Kara said. “Zip stayed with me in the alley of the barn all night — the foal was laying in the alley, and he just lay there beside the foal.”

“He was whining,” Kara added. “You could tell that Zip knew something was wrong that night.” Then, the next morning, Tye’s mom passed away. At that point, Zip decided not to leave the foal’s side. “It seemed to me that the foal knew that the dog was trying to help him, which is so sweet.” Zip was determined to stay as close to Tye as possible. When it was time to bottle feed Tye, Zip was eager to help. “Every time I would take off to the barn, Zip would run to the stall, and stand in front of the stall and wait for me to get there,” Kara said. “He would beat me to the barn every time.”

“As soon as I opened the door, he would about knock me down before I could get in there,” she added. “If the foal was laying down, he would go over there and lay his head on him.” 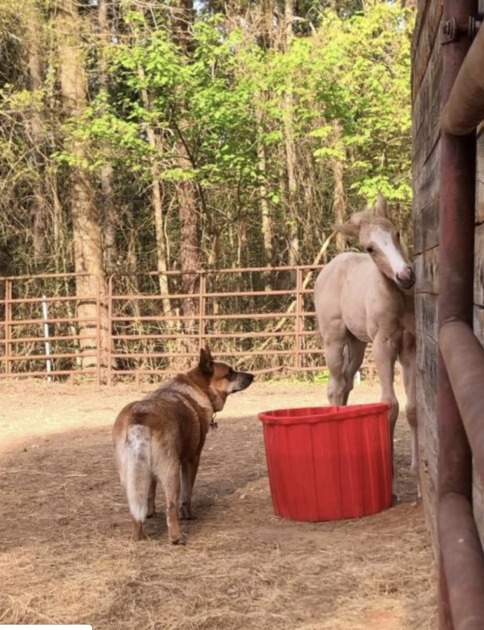 Zip truly is amazing. As time went on, Tye continued to grow. This happy well-adjusted horse is where he is today all thanks to his surrogate doggy-dad. Pretty incredible stuff. Click the video to learn more about this precious duo!