Even though this homeless dog was too sick to save, Sophiane Nacer still wanted to give him the best ‘end of days’ possible. She vowed that Hippo, an old stray covered in tumors, would only experience love when he left this world. 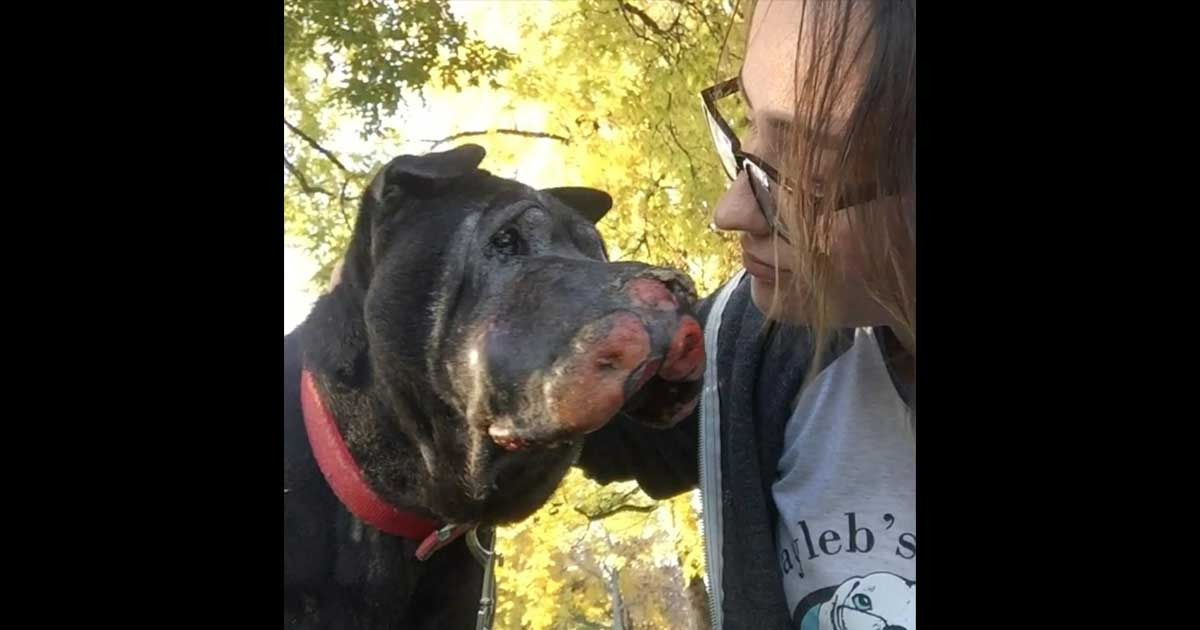 “Even if it was just for a day,” Sophiane, the 19-year-old founder of Cayleb’s Kindred Senior Dog Rescue, told TODAY, Hippo was going to have the best last day ever.
Sophiane adopted Hippo and brought him home from the shelter after the 5 day waiting period. The poor dog’s skin was painful to the touch. Sophiane wasn’t sure if Hippo could experience much of anything because he was in so much pain. 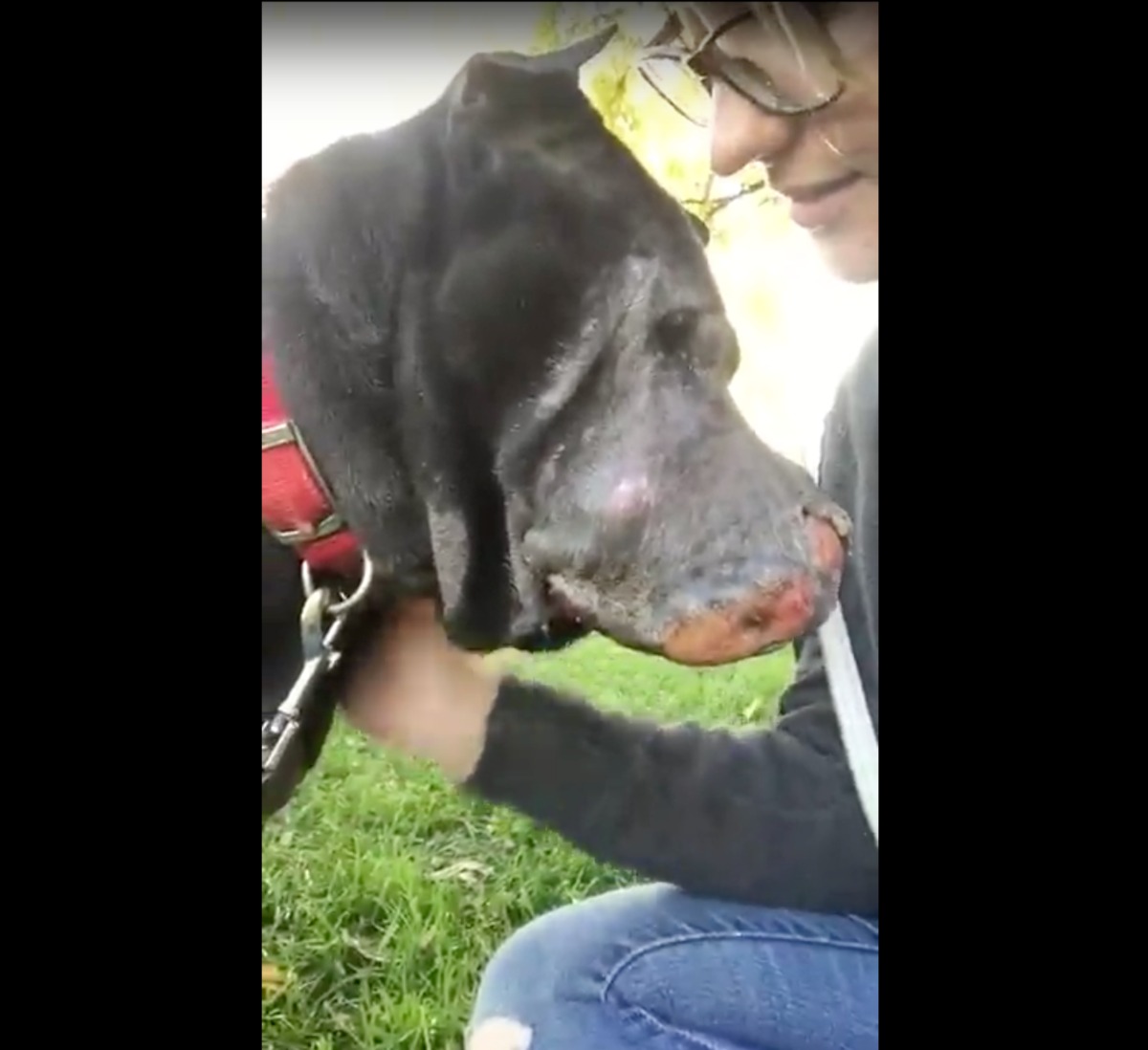 But all her doubts quickly faded when she saw his tail wag. The sick dog still had hope. He FOUGHT to feel love and happiness before he left this world.
So, Sophiane brought Hippo to Starbucks and bought him a Puppuccino, the famous chain’s secret menu item that dogs go wild for, which is merely a cup filled with delicious whipped cream.

The next day, Hippo was still in good spirits so Sophiane brought him to a dog park where he could have some playtime. He loved every minute of it! But then, he had something to say to Sophiane. 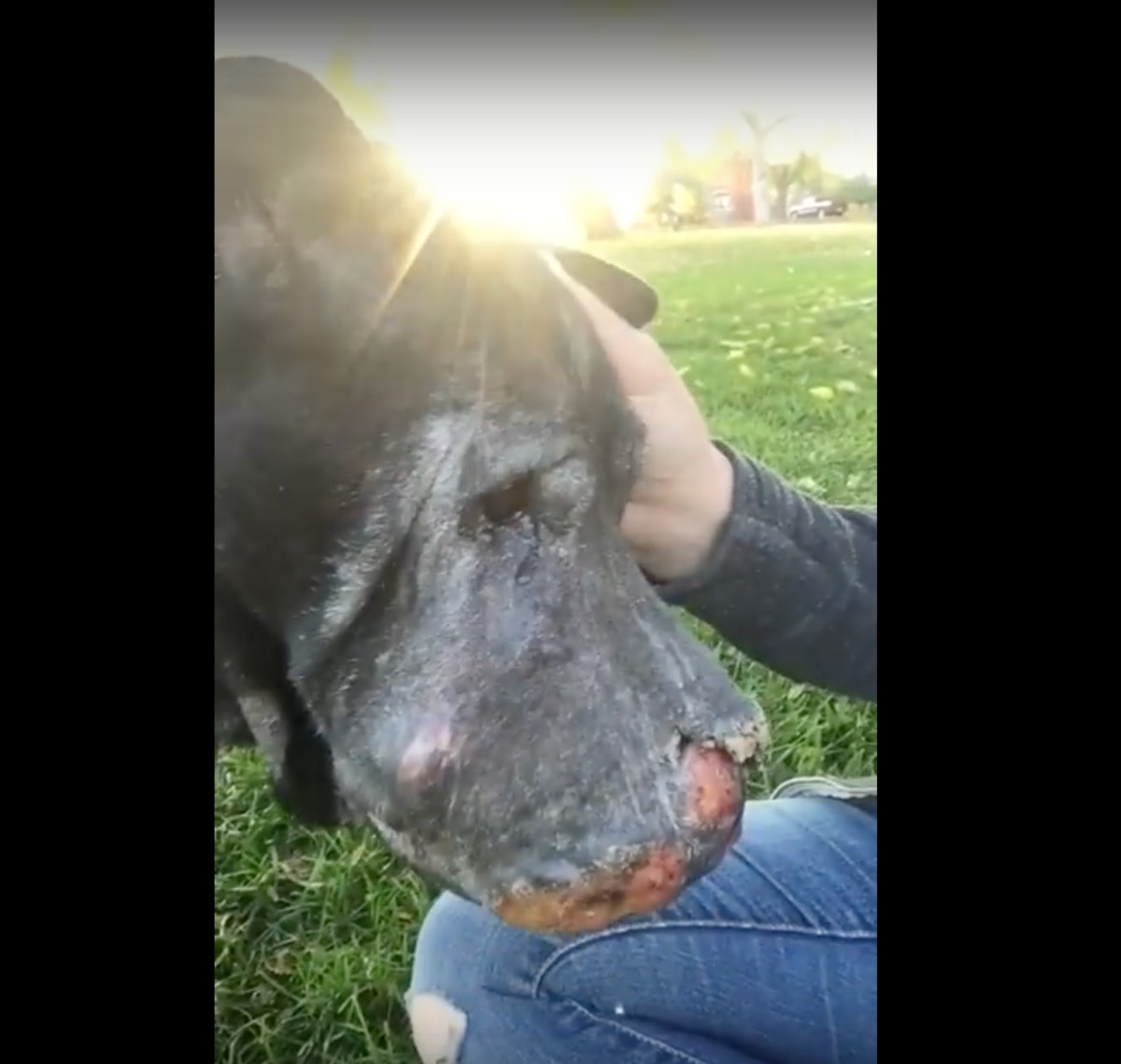 The old dog, suffering yet hopeful, had something he had to tell his new best friend… He was ready to go. He was so happy he got to spend that time with Sophiane but he was tired and in pain and it was time to say goodbye.

Sophiane had a vet euthanasia specialist come to her home after the dog park. The vet specialist had made him a roasted chicken with sedatives inside. He got to eat his last meal as comfortably as possible with Sophiane by his side, then drift into a painless permanent sleep.

While this story is sad in so many ways, it’s also quite uplifting. A dying dog who would have only known suffering got to spend the rest of his life, although short, feeling loved and wanted.
May all dogs leave this world feeling loved like this! R.I.P Hippo. You were a very good boy!