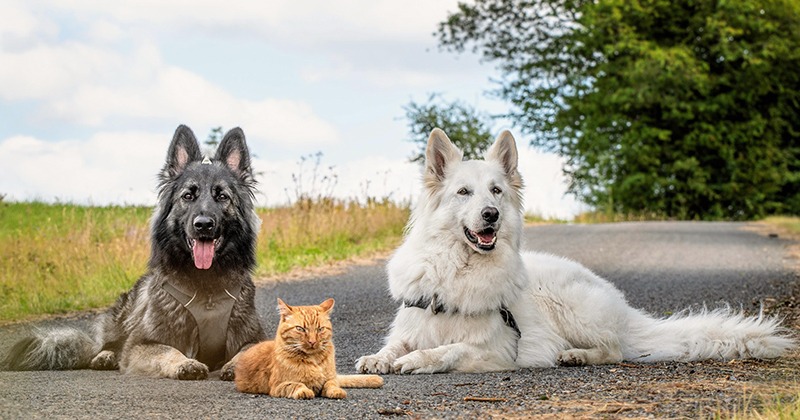 Dogs and cats are known to be arch-ᴇɴᴇᴍɪᴇs, but there is one particular family of fluff that has proven to be an exception to the norm. Meet the rescue cat Azmael and her siblings, Nimue the Altdeutscher Schäferhund and Liam the White Swiss Shepherd. This absolutely adorable trio are best friends, so much so that Azmael the cat behaves like his canine companions. Nathalie, the owner of Azmaels, adopted the cat a few years ago after it was found badly ɪɴᴊᴜʀᴇᴅ in the middle of the road. She and her husband took Azmael to the vet hoping he would survive, luckily he was made of harder material and managed to pull through. “On the first day the kitten was with us, we noticed that he only had eyes for Liam, our Swiss Shepherd,” says Nathalie. 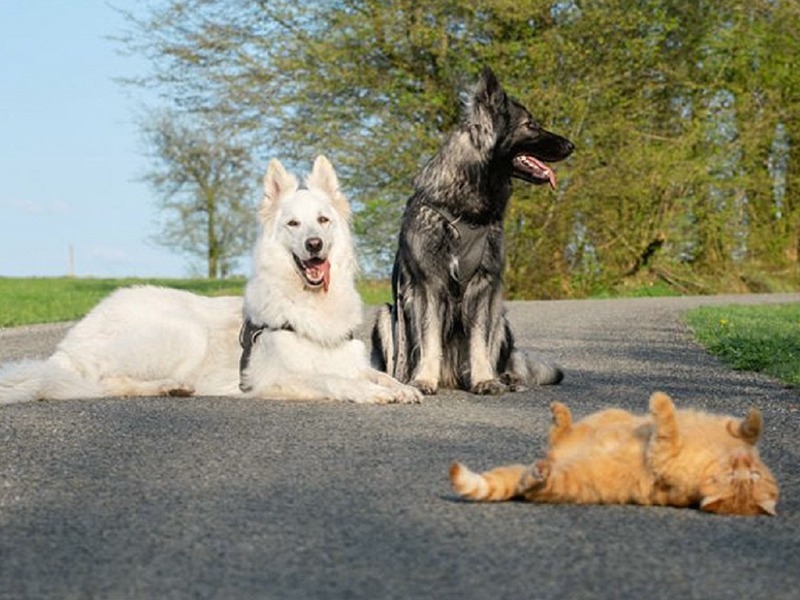 “At first the dog wasn’t sure what to do with the little creature, is it food? A new toy? But after a few hours, he decided that it was a new friend”. Liam the Swiss Shepherd then started looking after Azmael, and surprisingly it was the kitten Azmael’s turn to take care of the dog. “They have a very special relationship,” Nathalie said. “The kitten has decided that our Shepherd is the best pillow in the world.” 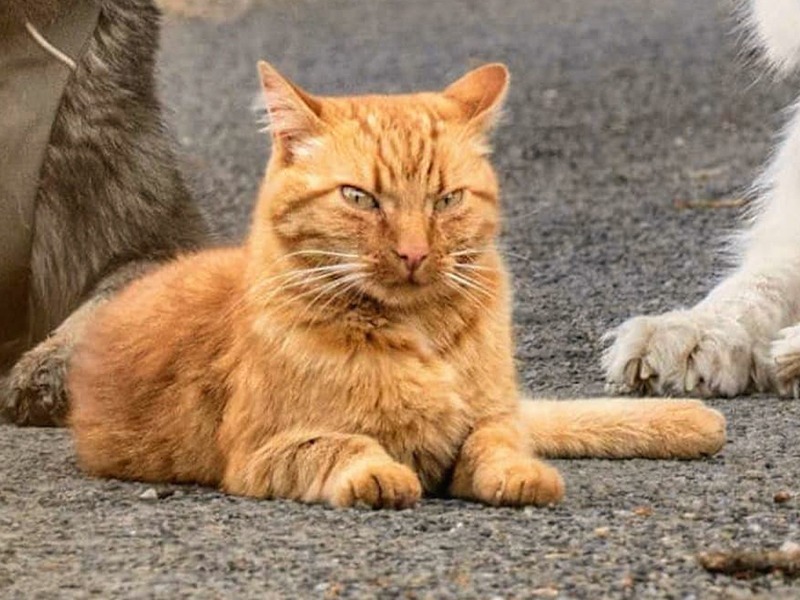 Moments later, Azmael becomes best friends with Nimue, the other family dog. Now the three of them are completely inseparable. They spend all their time together, Azmael even goes for walks with the dogs! Nathalie revealed: “Almost every morning, the cat walks with us. “Like we have three dogs.” “We have to be careful because Azmael is still not paying attention to the cars on the road. Nathalie said: “We had to quickly grab him and carry him if we saw a car coming. “He is not afraid of other dogs and even drives them away when they bother our dogs.” Azmael sounds like a fearless cat!