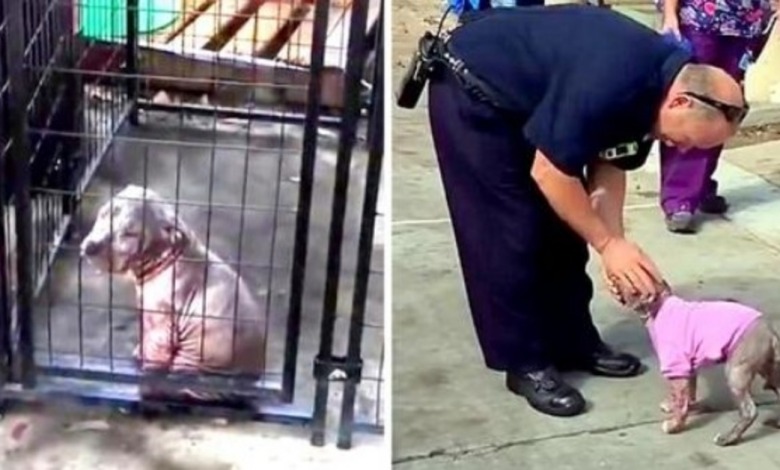 Chunk the Pit Bull was just 3 months old when she was found tied to a tree in Sacramento on a rainy day, writes ilovemydogsomuch

Firefighter Mike Thawley was on his way to a rescue call when he spotted Chunk lying lifeless beside the tree. Mike attended to the rescue call, and then drove back to the tree to check on Chunk. 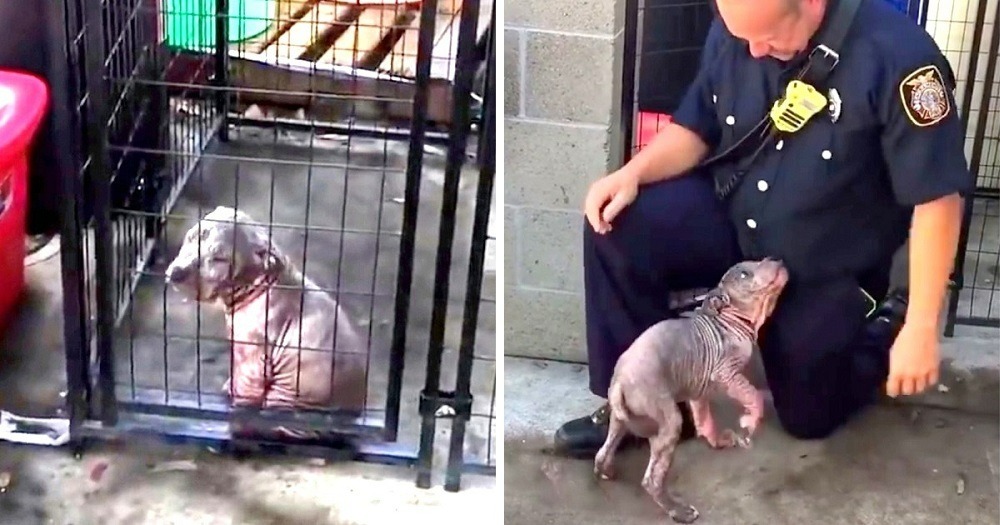 Mike found that while Chunk was alive, her condition was not very promising. She had been abused and neglected by the shameless owner who dumped her. Her hairless skin was sore all over due to mange. Mike took the shivering dog to the station and gave her a warm bath. He then placed her with “Front Street Animal Shelter”, and prayed for her quick recovery.
However, Mike couldn’t get the tortured little dog out of his mind. The next day, he went back to the shelter to see how she was doing. Mike’s heart melted when Chunk leaped out of the kennel to greet him! The grateful girl immediately recognized her rescuer and showered him with many sweet kisses! 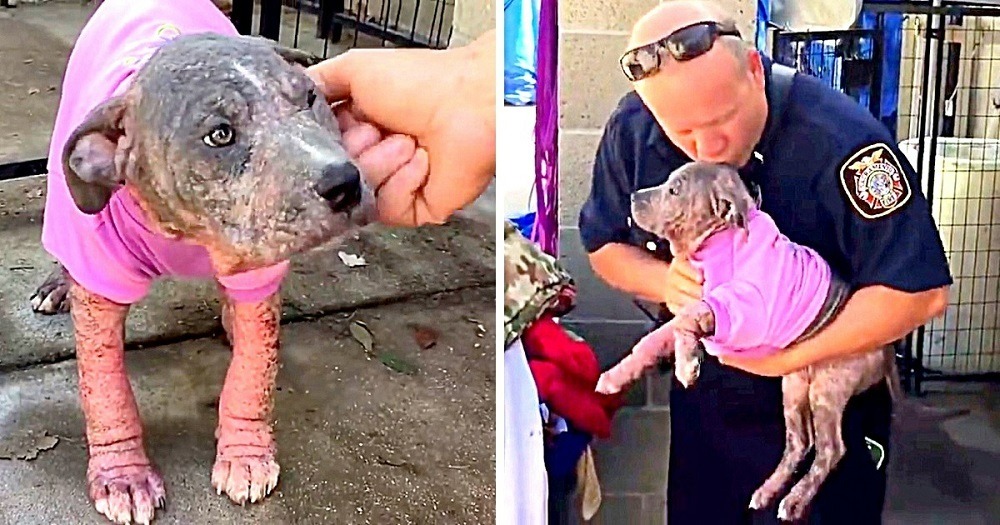 When Mike’s wife, Carla, and his 3 daughters learned about Chunk, they instantly knew that the dog was meant to be their furry companion. The family waited 4 months for her to recover from mange, and then took her home. What a touching happy ending for Chunk! Let’s raise our voices against the shameless abusers of innocent animals!

Click the video below to watch Chunk desperately clinging on to Mike at the shelter!