A man named Caio Giovani recently had an emotional experience with a sweet armadillo while driving down a dry and dusty road in his water tank truck. Caio was worried to see the sick armadillo on the roadside, so he decided to investigate further, writes ilovemydogsomuch 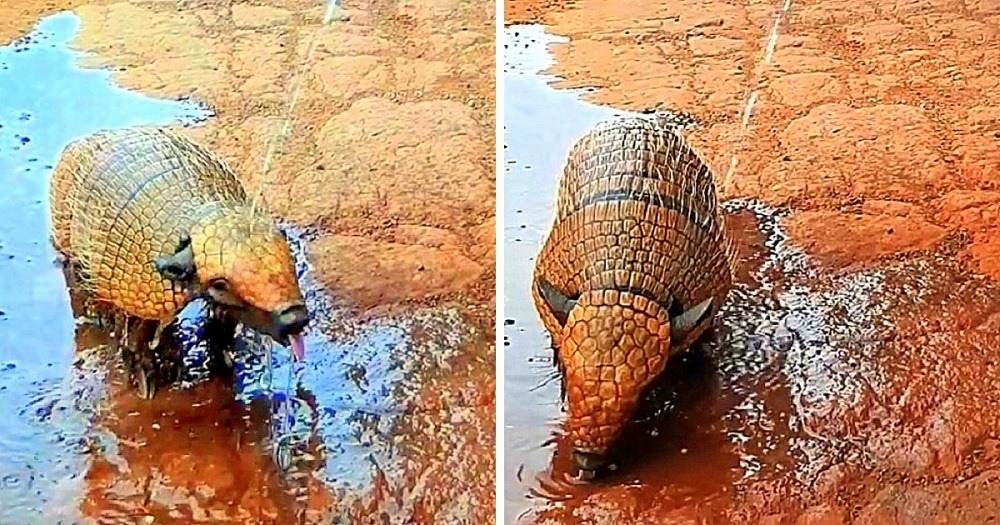 The summer was really cruel for the past few days, and that seemed to have taken a toll on the armadillo. He was so weary and weak that it looked like he would collapse at any moment. Caio realized that the armadillo had been searching for water for days, but had no luck in the arid atmosphere.

Caio knew it was his destiny that he just happened to pass by in a water truck. Without wasting another second, he opened the spigot on the tank and let it shower on the poor creature. The armadillo first soaked in the refreshing waterfall, and then eagerly gulped in water to quench his thirst! 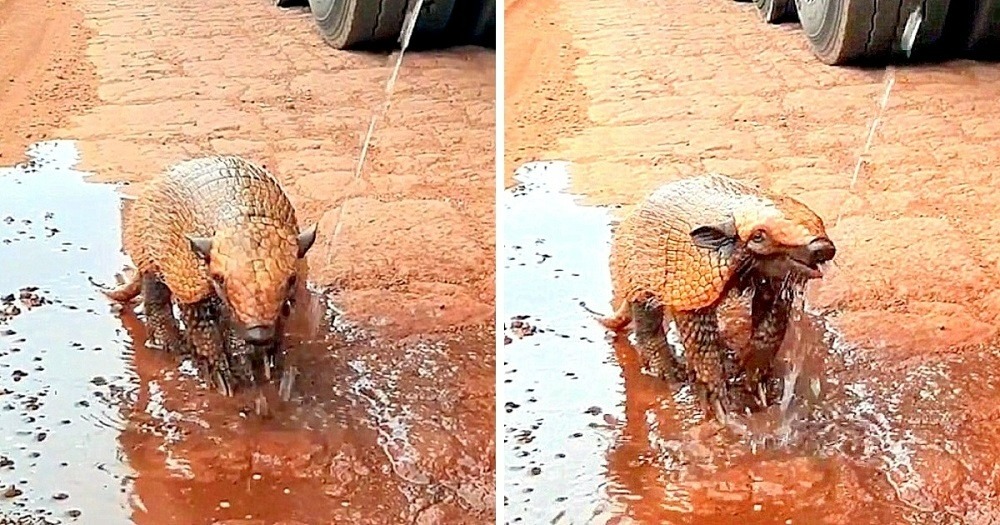 The water breathed life into the armadillo, as he found the energy to walk again. Caio took the happy creature to a shady spot and gave him a banana to feast on. He hopes people help out thirsty animals whenever they see one. Kudos to Caio for his kind act!