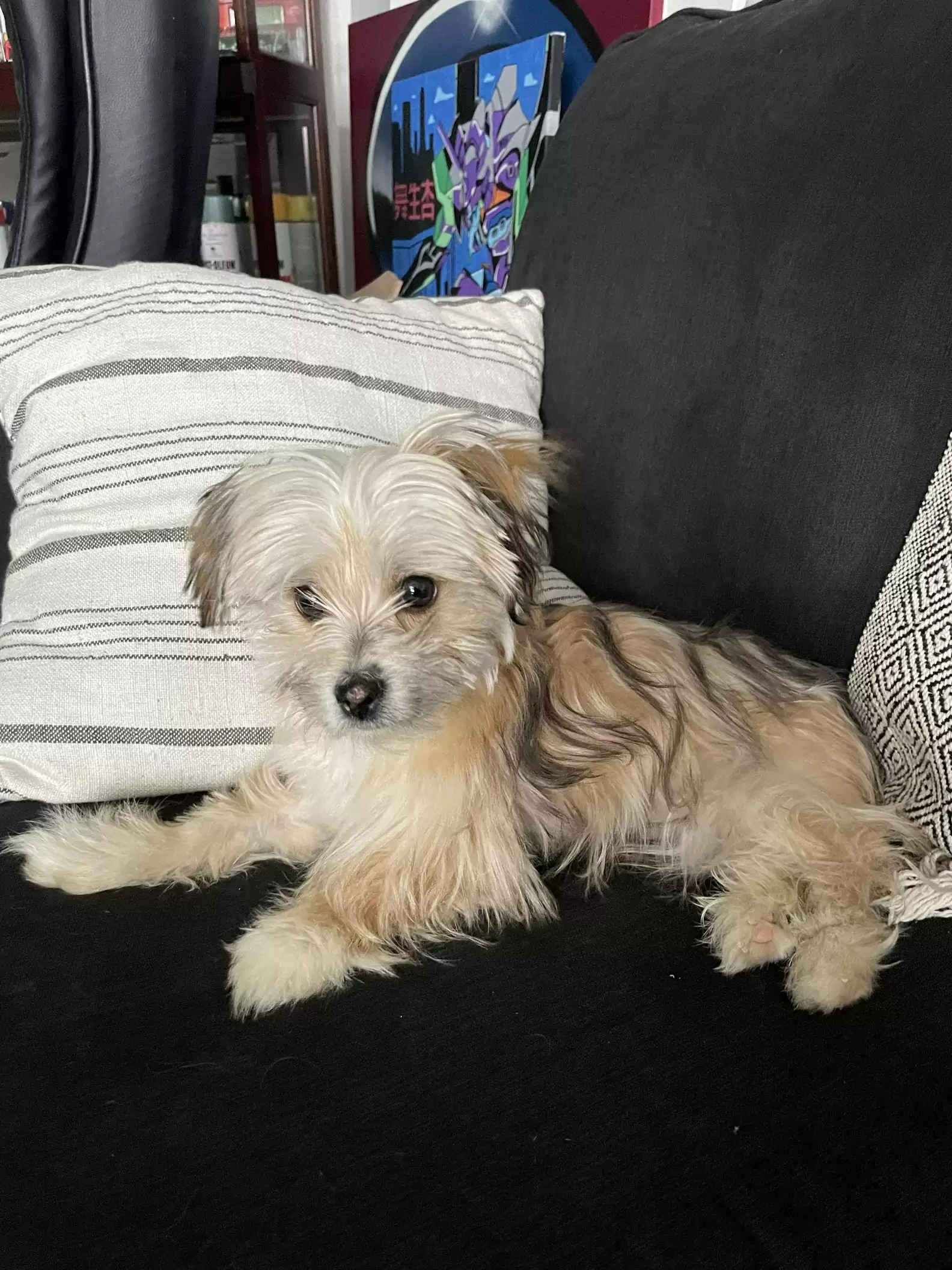 “I thought, ‘I can’t leave this dog here.'”
As an urban explorer, Michael Vargas makes it his mission to venture into the lesser-seen corners of cityscapes to uncover and document things both hidden and forgotten.

But recently, on one such adventure, he found someone who couldn’t be overlooked. While exploring a canal near his home in Oakland, Vargas and his companions decided to pause and take a few photos of some interesting graffiti lining the walls. Though, as it turned out, that random stop along the way would lead to Vargas saving a life.

“We were just hanging out for a sec when I heard my girlfriend say, ‘Holy s—! A dog!’ I thought, ‘A dog?’” Vargas told The Dodo. “I was shocked. I couldn’t believe it. In this little side drain area, there was this little white dog. He was trapped.”

Vargas knew he had to act.

So, Vargas worked to save him.
All in all, Vargas said, it took about an hour to gain the dog’s trust enough to lure him close enough to reach.

“He was so scared of us,” Vargas said. “I think he was so confused and weak.” 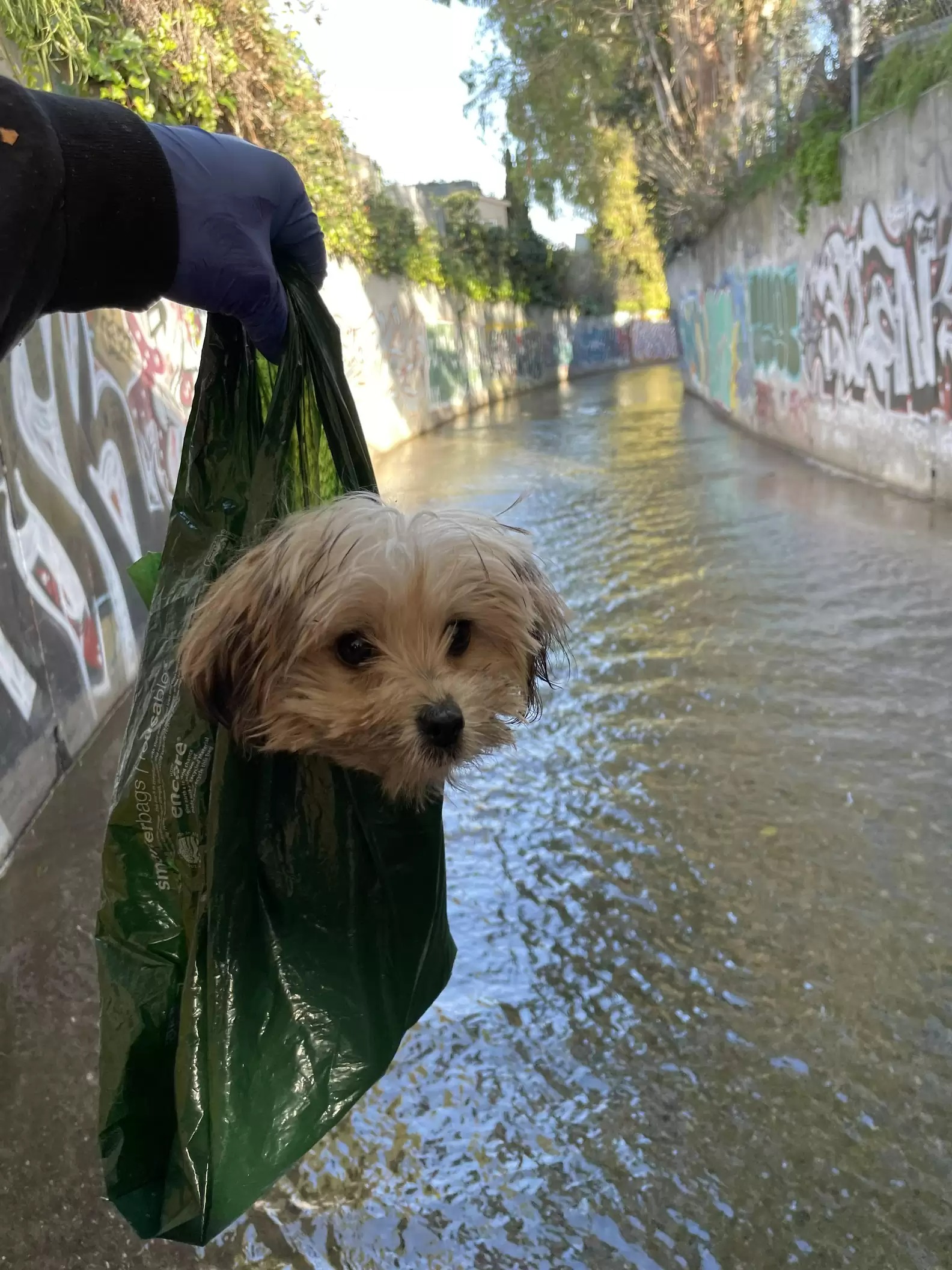 It’s unclear exactly how the dog ended up in that tight spot, in a hard-to-reach nook of a storm drain, but Vargas believes the pup wasn’t likely to survive much longer had he not been found.

But Vargas didn’t just save the dog from death that day. He gave him a second chance at a happy life. 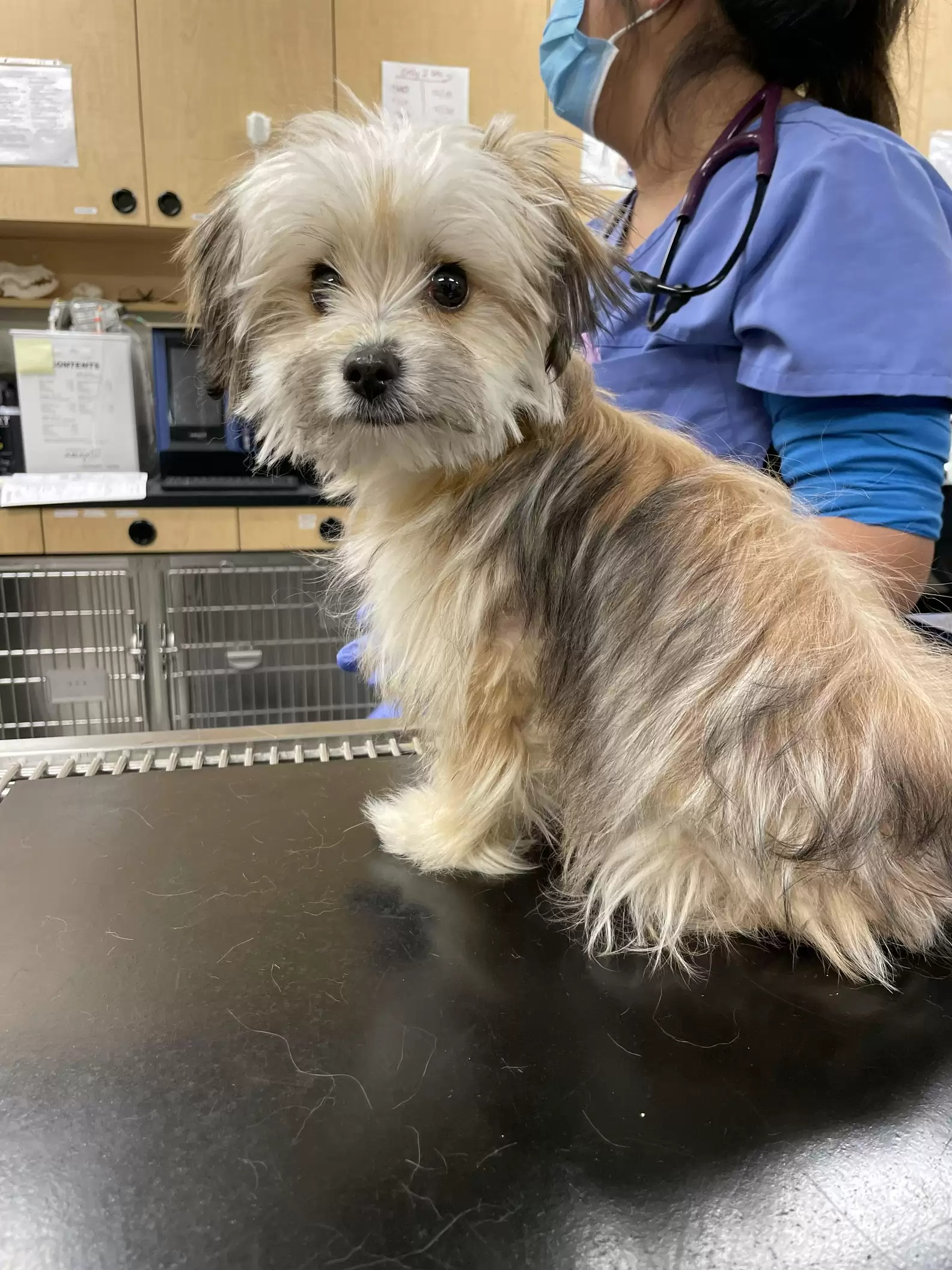 “We drove immediately to the vet,” Vargas said.

There, they learned the dog had a few issues that required treatment, which Vargas was happy to pay for. But he also was told that the pup had likely been suffering even more before their chance meeting.

“The doctor speculated that he may have been abused,” Vargas said, adding that he still hoped to find that the dog had loving owners looking for him. “There was no chip or ID. We called shelters. We checked lost and found, next-door neighbors.”

No one, it seemed, was looking for the dog Vargas rescued. So, he gave him a name himself: Rusty. Vargas has since decided to adopt Rusty himself — making the pup the sweetest treasure found in all his years as an urban explorer. “After everything, we decided to love him. He’s ours,” Vargas said. “He’s bonded to me. I don’t know what his past was, but I’m trying to make his future better. I’ve been doing this for 12 years, and this is the craziest adventure I’ve had so far. I’ve never once saved a life. To get his love in return is just so rewarding.”