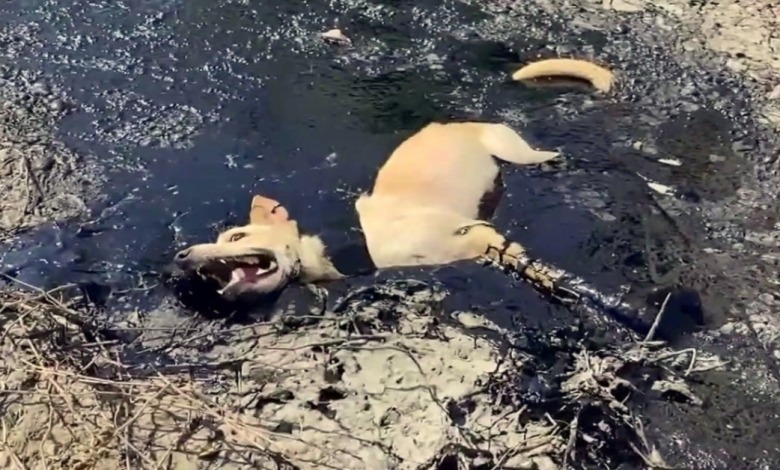 A 30-year-old man named Supatra Baisri was passing by an industrial estate in Thailand when he heard severe distressed cries coming from the secluded area, writes ilovemydogsomuch

As he followed the sounds, he was shocked to find a female dog haplessly stuck in molten rubberized asphalt. The dog’s body was submerged in the viscous goo, rendering her completely immobile. She had barely managed to poke her mouth out of the toxic mixture to keep breathing. Supatra initially used a stick to help the dog out, but she was too far off and ruthlessly sealed in that death trap. 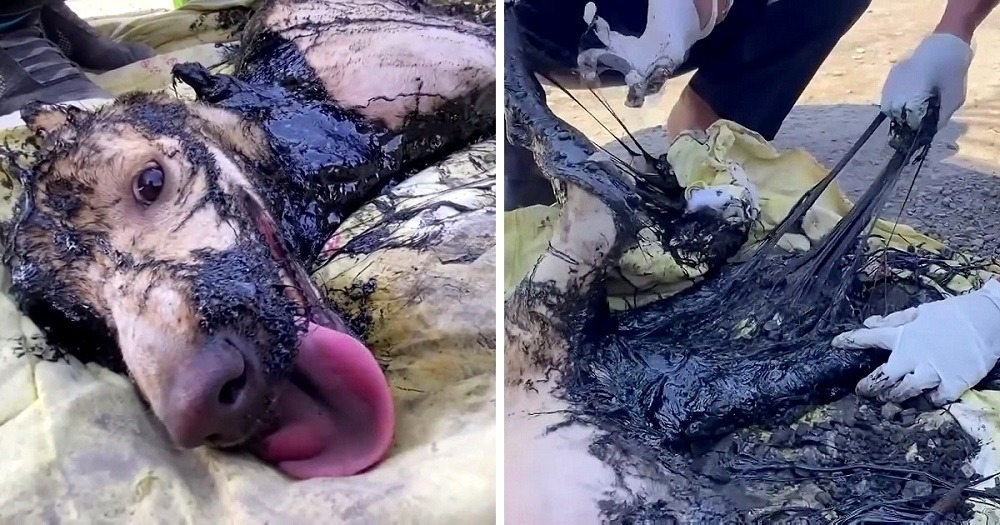 Supatra eventually called the emergency services in a desperate attempt to save her life. The rescuers raced to the scene and used an excavator to scoop the dog out along with the tar settled around her. The poor creature’s rapid, inconsistent breathing and traumatized skin were tell-tale signs of her critical condition. Seeing the gravity of the matter, workers of a local factory attended to the dog right away after the rescue. They carefully used Benzin oil on the dog for the next 2 hours to remove the solidified rubber and prevent further skin damage.

Thanks to the collective effort of so many people, the dog, now named Mali, is safe and recovering well. However, her suffering could have been avoided if the molten waste (resulting from road repairs) was disposed responsibly instead of being unloaded on a lot known to be frequented by stray dogs.