“He just wants to be by your side. This dog is a mush” ❤️️
If there’s a golden rule that Clarence lives by, it’s treating others the way you want to be treated. To the sweet 4-year-old rescue dog, that means giving hugs to everyone he meets and holding on to his caretakers in hopes that they won’t ever leave him. 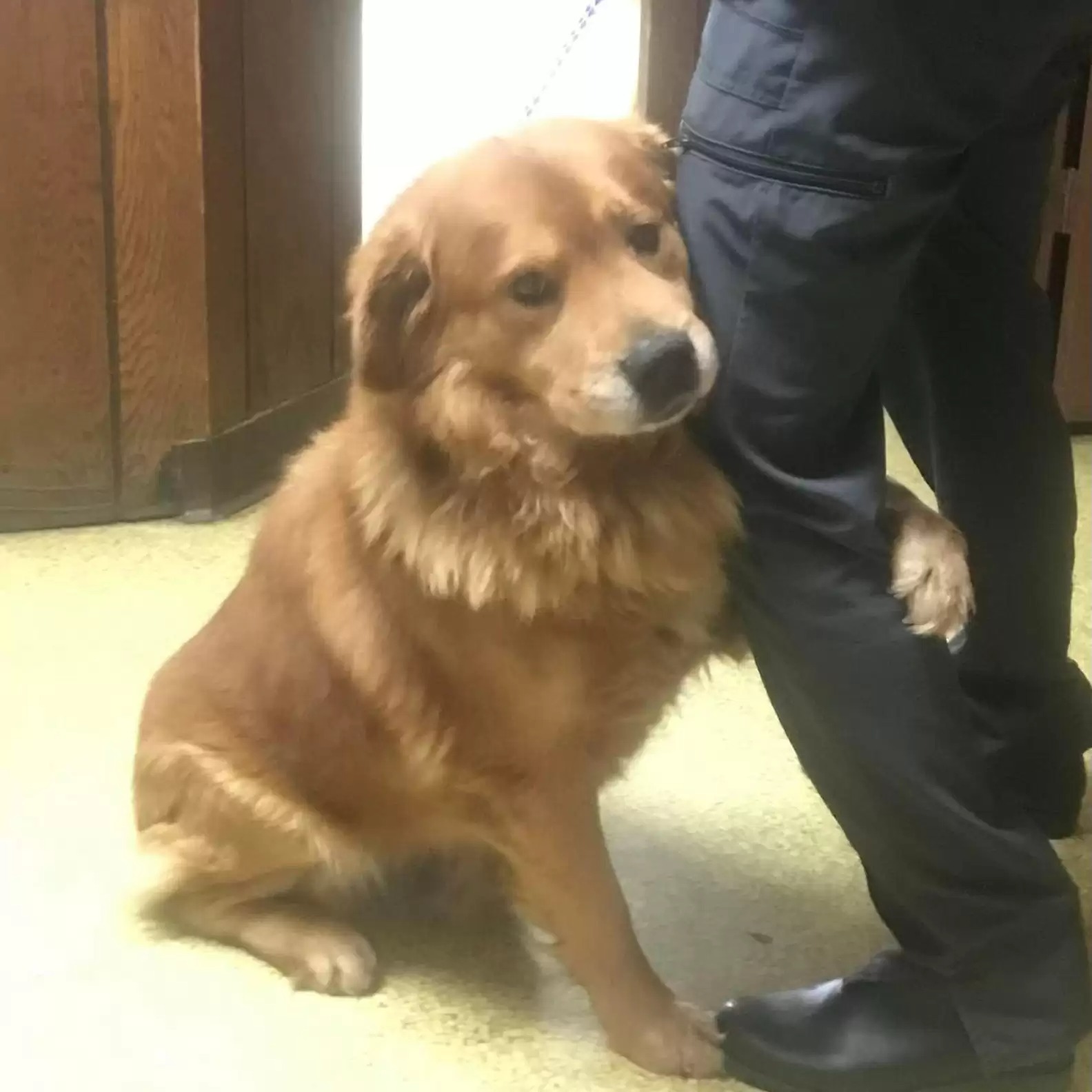 Clarence never knew the comforts of a home. His entire life was spent outside in his family’s yard before they dropped him in a Walmart parking lot and drove away.

There, the golden retriever-mix met two other abandoned dogs — a German shepherd and a Chihuahua-mix and started following them around. 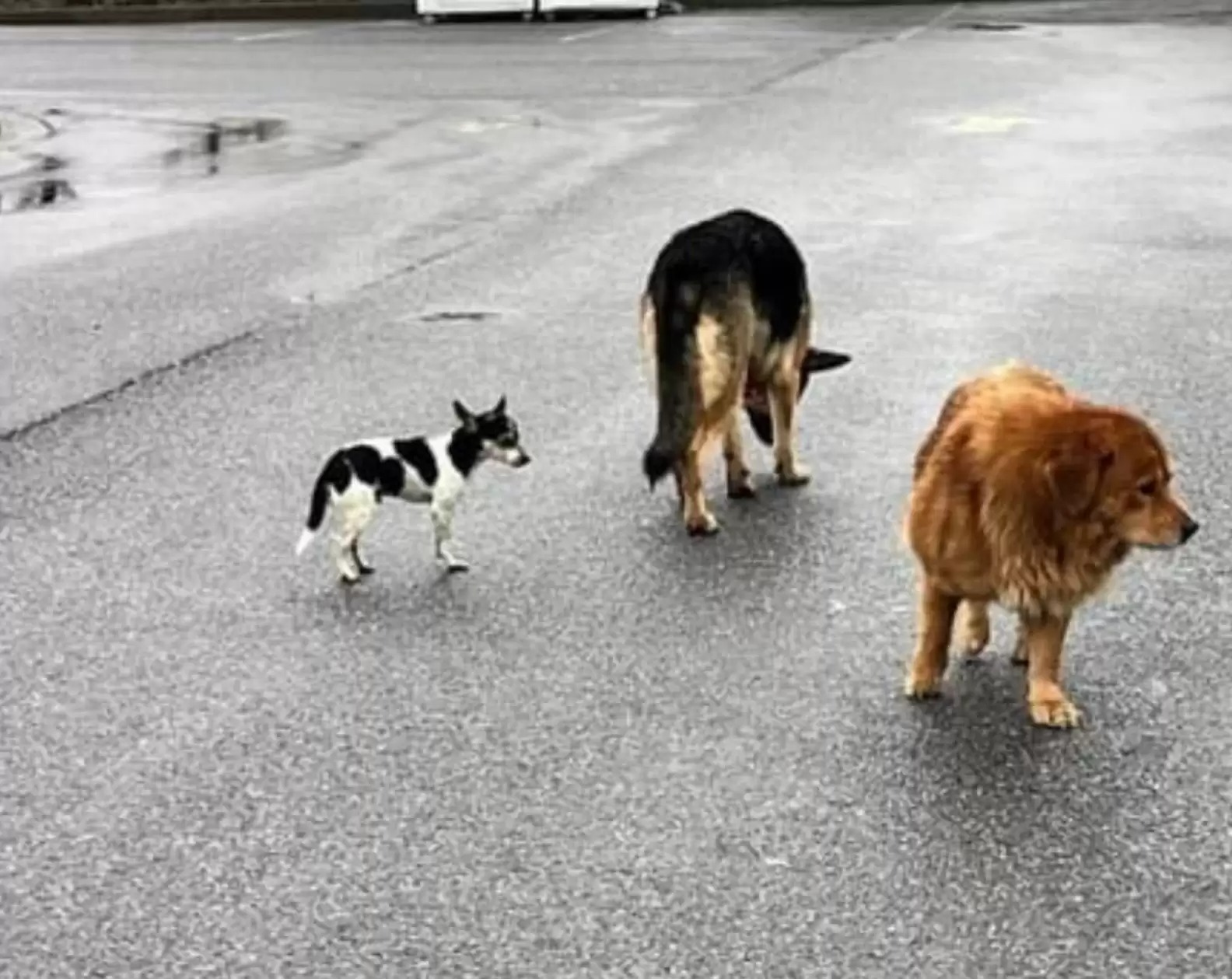 Animal control eventually captured Clarence and his German shepherd friend and contacted his owner. But when the owner refused to come and get him, Clarence was put on the euthanasia list. Luckily, Hounds In Pounds stepped in just in time to rescue Clarence and the German shepherd and find them the homes they deserve.

Though Clarence had a difficult start in life, he holds no grudges against humans and is so full of love. 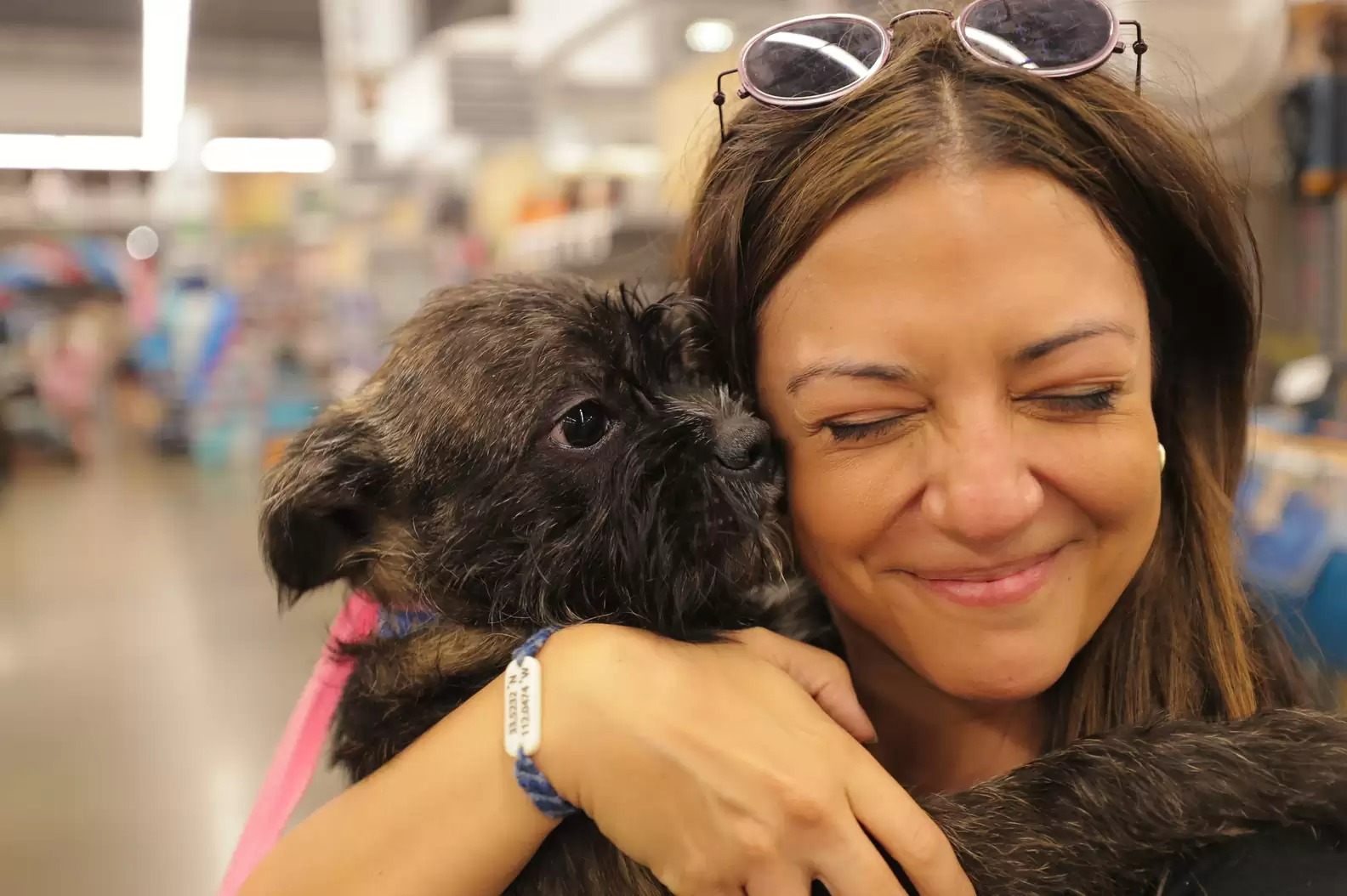 Resolve to make the world a better place for pets in 2022. PetSmart Charities supports local organizations to make pets’ lives better through adoption, improving access to veterinary care, and disaster relief. Donate today to help pets and their families with a life-changing gift.

“He is sweet, gentle and so grateful to be safe with us,” Hounds In Pounds wrote on Facebook. “We can’t help but get lost in Clarence’s golden coat, it reminds us of sunshine and so does his personality. He is bright, warm and brings light to those who know him.” 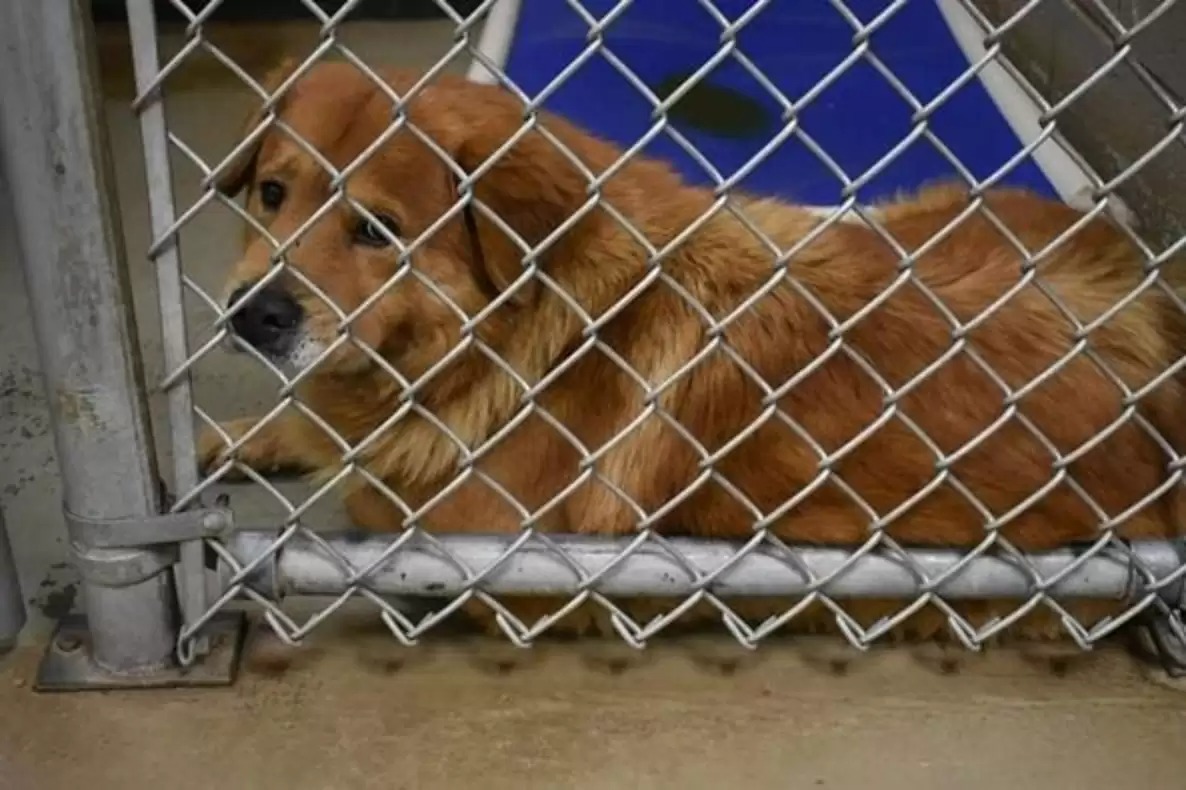 The big, fluffy dog gets along with everyone he meets, including other pups, cats and kids. “He is an angel — literally,” Cat Suzuki, founder of Hounds In Pounds, told The Dodo. “He just wants to be by your side. This dog is a mush.”

In the coming days, Clarence will travel from Georgia to New Jersey to begin the search for his forever home. ​​And his rescuers have no doubt that the easygoing guy will bring joy to any family lucky enough to adopt him. 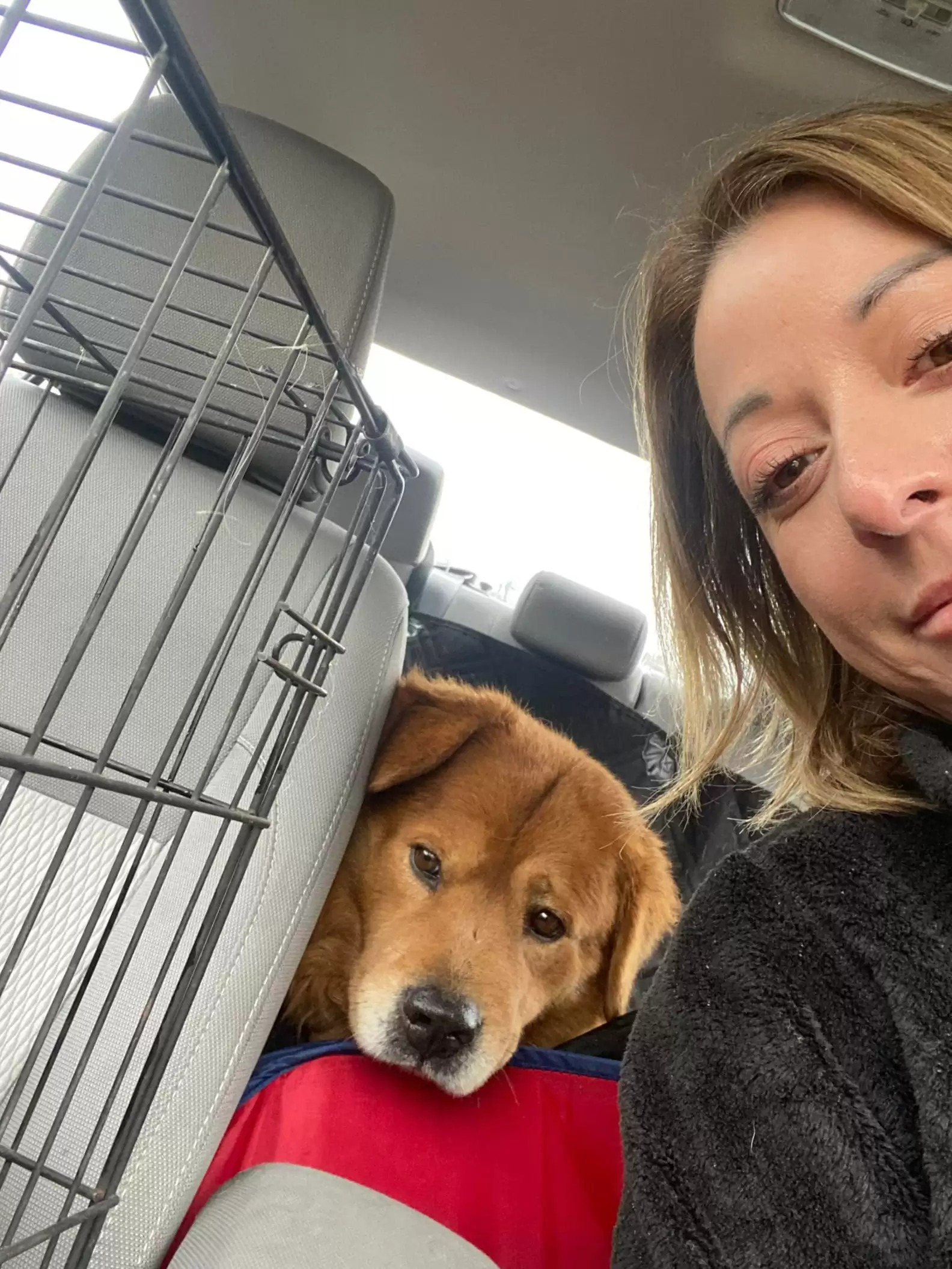 “He would do great in a home with people who are around more than not, since he attaches quickly,” Suzuki said. “He’s fairly lazy, so a movie bud or snuggle partner is ideal.”

Clarence can’t wait to give his future person a big hug and, finally, get one in return.