A team of researchers says in a new study that a young male kestrel—a bird of prey common in Egypt—was force fed to death and mummified, perhaps as a votive offering to Re the sun god. The team says its research may establish some of the first evidence that kestrels were kept and bred for falconry (hunting with birds) in ancient Egypt, a pastime long practiced by royalty and nobility in other parts of the world. 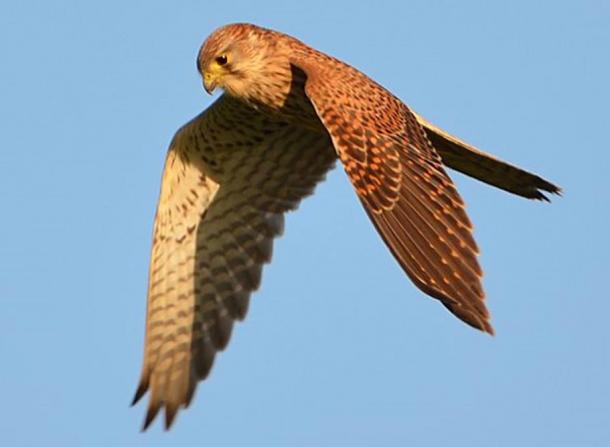 The team is headed by  Salima Ikram of Stellenbosch Insтιтute for Advanced Study of South Africa, which published its research in the November 2015 Journal of Archaeological Science . They used CT scans to examine the mummy of the kestrel inside his linen wrappings. The choice of a male kestrel for sacrifice may signify the Egyptians weren’t killing females that they used in the postulated falconry breeding program. Also, the gluttony may indicate the bird had been forced to hunt, they said.

“The fact that this kestrel’s gizzard contained the teeth of mice, and parts of a sparrow, in addition to the final mouse whose tail was stuck in its esophagus, suggests that it was force fed,” the paper says. “This method of feeding animals (different birds, cattle, and even hyenae) was commonly practiced by the ancient Egyptians.” The falcon-headed sun god Re-Horakthy is depicted to the left of Ramesses II at Abu Simbel in Egypt. (PH๏τo by Dennis Jarvis/ Wikimedia Commons )

During the period of 600 BC to 250 AD Egypt was under invasion much of the time and was beset by unrest. There was a movement to resurrect archaic culture and religion to bolster national idenтιтy, the authors say. One way the ancient Egyptians did this was to re-establish animal cults, which were common earlier, from around 2950 BC.

The authors wrote that Egyptians believed deities had animal avatars, living animals on Earth that shared characteristics with the gods. “Thus, for example, virile bulls were ᴀssociated with creator gods such as Ptah or the sun god Re, the latter also being represented by raptors who commanded the sky and whose coloring and eyes evoked the sun,” they wrote.

Priests thought they could identify which animals had in them the spirit of a god by looking at the animals’ markings. They worshiped these animals, and upon their death the nation mourned. The spirit of the deity was ᴀssumed to migrate to another animal, which priests also would identify by its markings.

“Animal mummies were an important feature of ancient Egyptian religious life, particularly from c. 600 BC to c. AD 250,” they wrote. “Millions of such votive mummies of cats, dogs, ibises, and raptors have been discovered in catacombs throughout Egypt and are found in museums all over the world today. Unlike sacred animals, which lived out their natural lives to the full extent, votive animals were sometimes put to death by strangulation, through a blow to the head, and in the case of juveniles, untimely removal from parent. Many others, however, died of natural causes.”

The kestrel in question was not a sacred animal avatar but rather a votive animal. 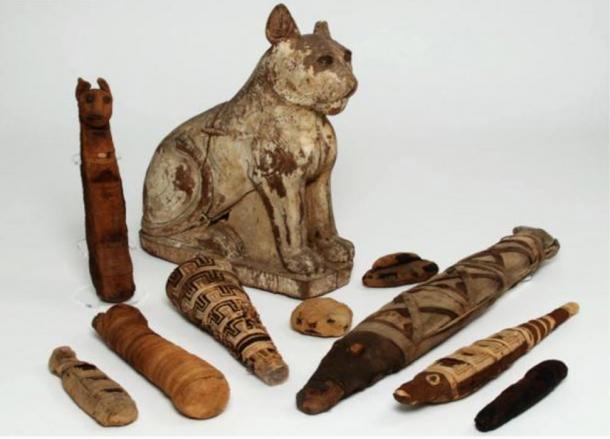 Featured image: Top: The tail of an animal can be seen in the innards of this kestrel mummy in a CT scan. (Stellenbosch University pH๏τo). Bottom: The mummified kestrel (Carina Beyer / Iziko Museums).