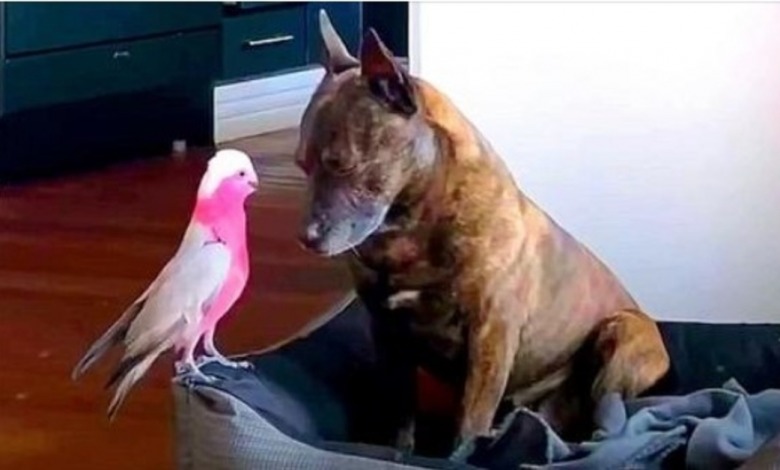 Milo the Staffy-Blue Heeler mix was on one of his regular walks when he found a badly injured bird, writes ilovemydogsomuch

The beautiful pink bird was actually a Galah cockatoo, and Milo instantly became protective of the wee hurt creature. He brought the cockatoo home and begged his family to care for the helpless birdie. 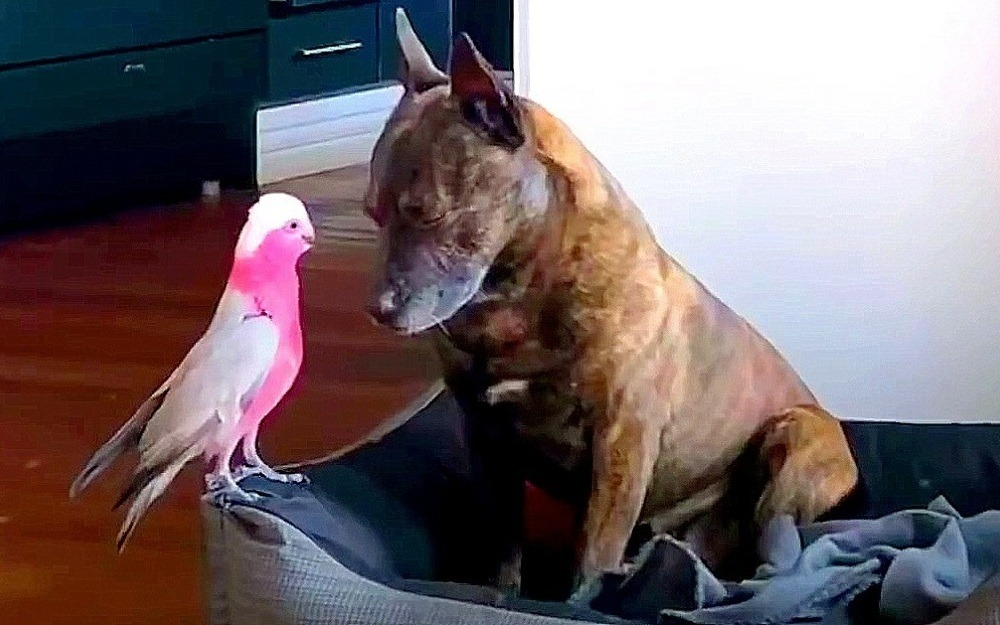 The family named the cockatoo Cracker and fixed him a cozy cage to heal and recuperate in. Milo was so anxious that he stood guard by the cage all day long and comforted Cracker, who was dealing with major wing wounds. As Cracker recovered gradually, he formed an inseparable bond with his furry savior!

The family was thrilled to witness Milo and Cracker’s blossoming friendship. The dog and bird would follow each other around the house and hang out together. Their jarring size difference made their cuddle sessions seem pretty “dangerous” to their humans, but the family eventually got used to their unlikely companionship!

Even when Cracker was fully healed and free to leave, he never really took off because of his fondness for Milo. But one morning, he casually flew away – leaving Milo in a state of shock. The heartbroken dog would cry inconsolably and sit by Cracker’s empty cage for weeks, but there was just no sign of the bird. 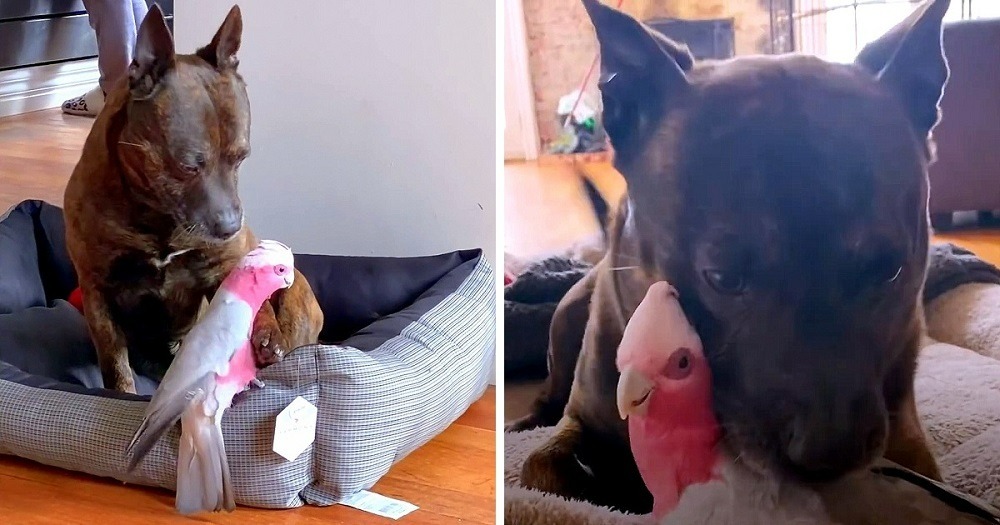 But just when Milo thought he had lost his feathered best friend forever, a miraculous twist of fate happened! Someone had found Cracker a full 2 weeks after he had flown away. When they brought Cracker home, they could see he was equally blue to be away from his dearest mate. Trust us when we say this is the cutest thing we’ve seen in a while! What a magical friendship!

Click the video below to watch Milo and Cracker’s breathtaking tale of love and friendship! 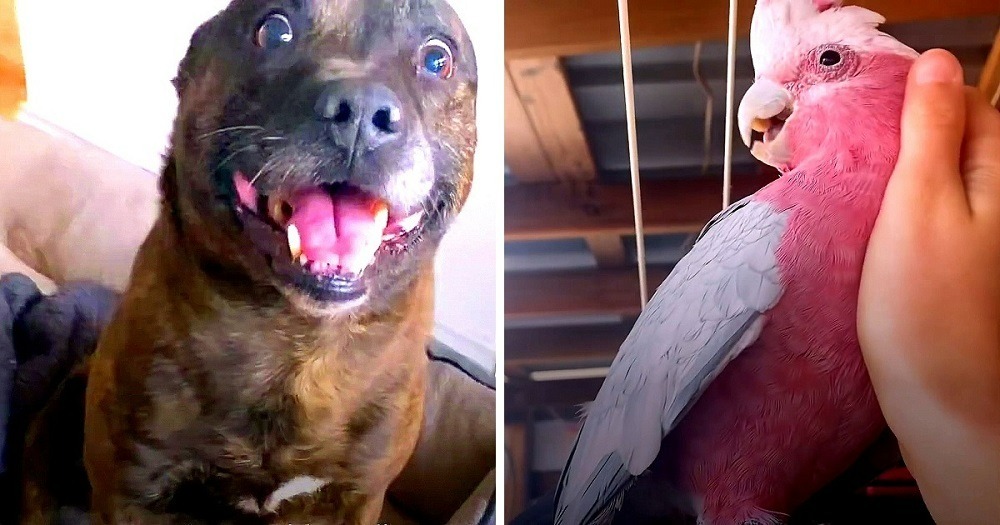