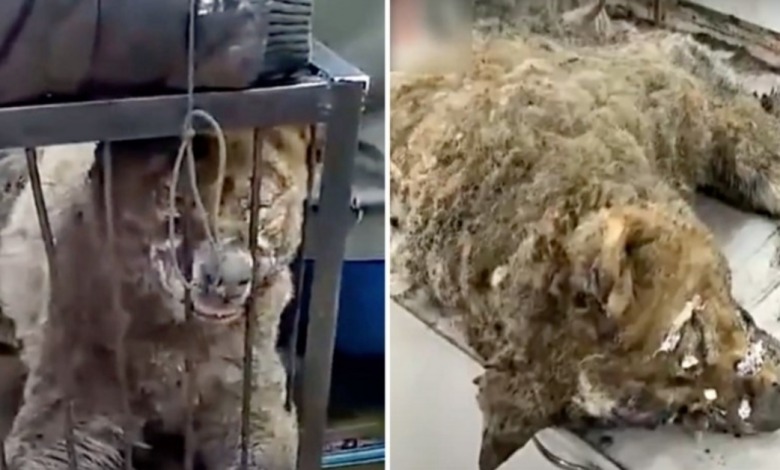 Butcher was rescued from the dog meat trade in China after suffering immensely at the hands of evil humans, wriets ilovemydogsomuch

She ended up in the dog meat trade after she was sold by her cruel owners to dog slaughterers while she was pregnant. 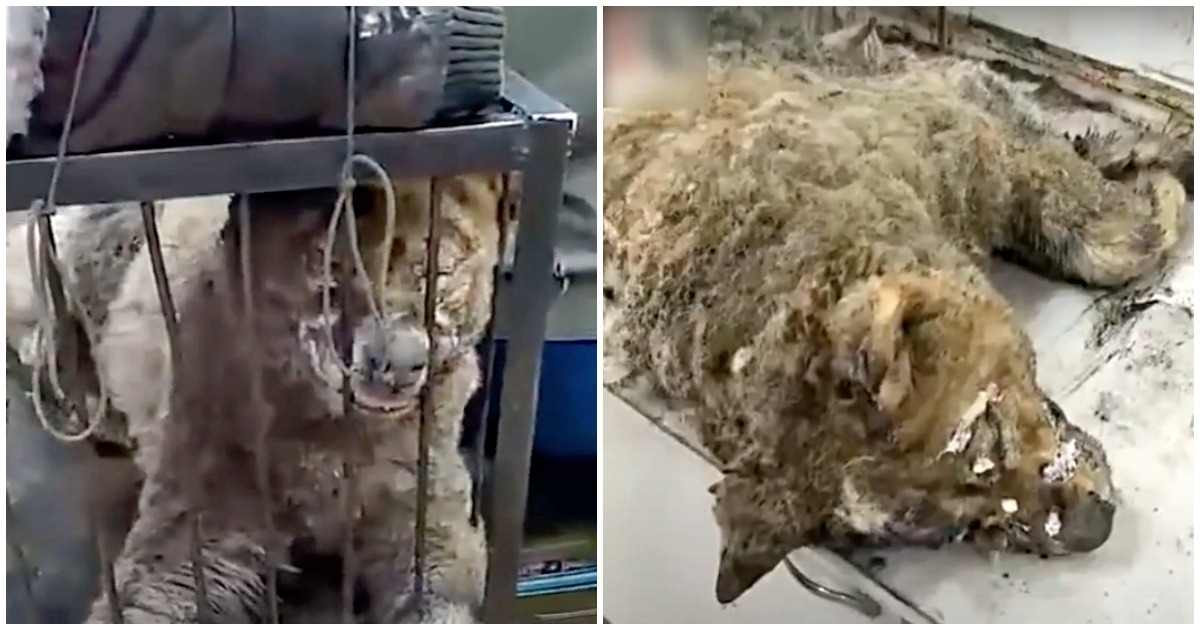 Thankfully, Butcher was able to narrowly escape death and was rescued before she could be slaughtered. She was rushed to the hospital, where vets tended to her burns and gave her pain medication. 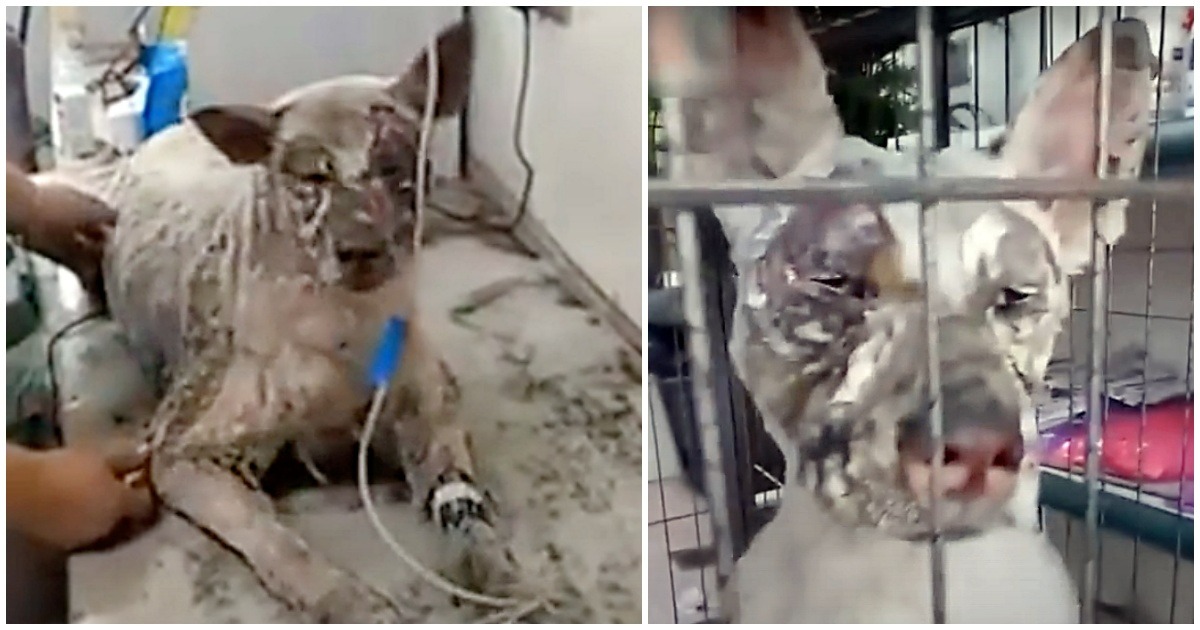 The rescue also contacted the police so the monsters who did this could be arrested.

Nurses shaved off all of Butcher’s scorched hair and performed an ultrasound to check on the babies. Miraculously, the babies were still alive and healthy!

Sadly, Butcher was in a lot of pain. She suffered severe respiratory burns, but was unable to take antibiotics due to her pregnancy. As time went on, Butcher’s health and burns began to improve tremendously. Butcher never gave up, not only for herself, but for her unborn babies.

– Advertisement –
Eventually, Butcher gave birth to eight adorable puppies who all looked exactly like her. Butcher is such a good mama and was so happy to finally meet her babies after everything she’s gone through.