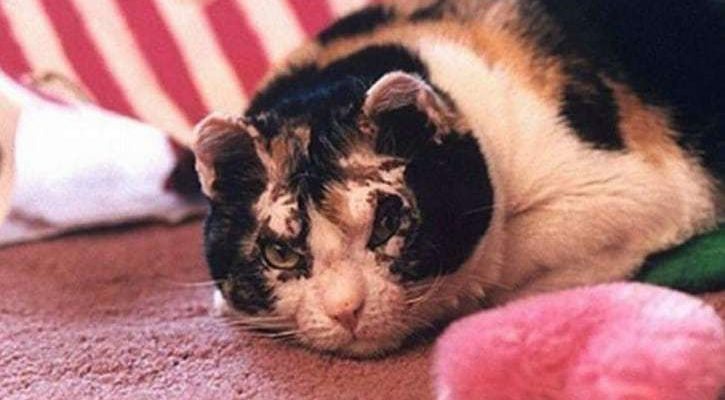 This pet cat stayed with her 5-month-old kittycats in an old garage. However, one evening, the garage was set on fire by unknown individuals.

Firemens attempted to catch the animal, yet it withstood. One fireman saw the feline dragging a kitten in its teeth. She lugged the child far from the fire and once again tossed herself into the fire.

The mother feline melted her eyes, ears, muzzle, but pulled all the kitties out of the burning structure. She could only draw them out one at a time, so she was compelled to return to the burning and smoky garage 5 times. 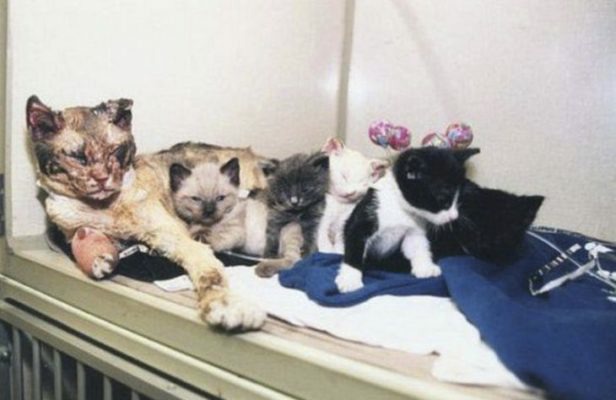 The pet melted its paws, harmed its ears, singed its muzzle, its eyes gurgled from the flame, however only when the feline lugged the last kittycat out of the flame and saw that everyone had been saved, she dropped subconscious.

Among the firefighters brought the feline to the veterinary clinic and she was saved. 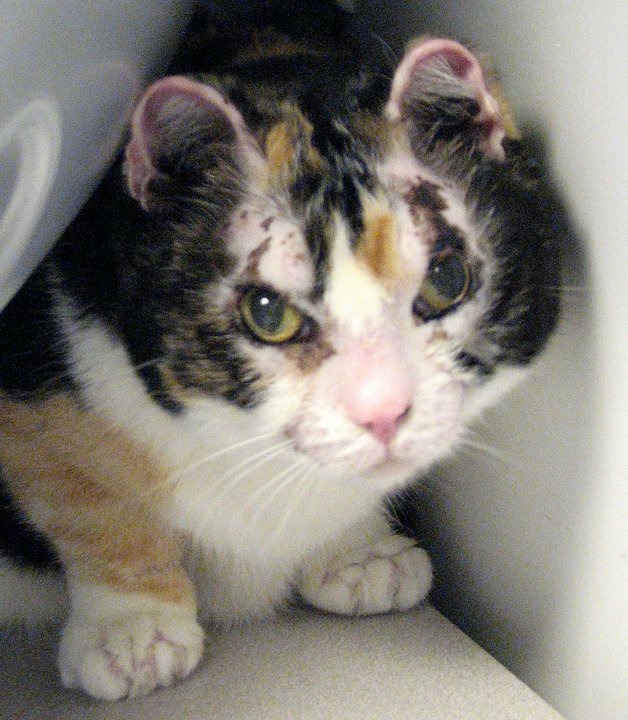 This was the appearance of the pet cat (that was called Scarlett) promptly after the case, as well as this is just how she looked later when her hair grew back and the injuries healed.

The kittycats were embraced quickly. Their mother was taken by a woman called Karen Wellen. She made a pledge to the participants of the Animal Welfare League, that took Scarlett under her treatment, to care for the pet cat as if she were her very own child. This promise has actually been kept.