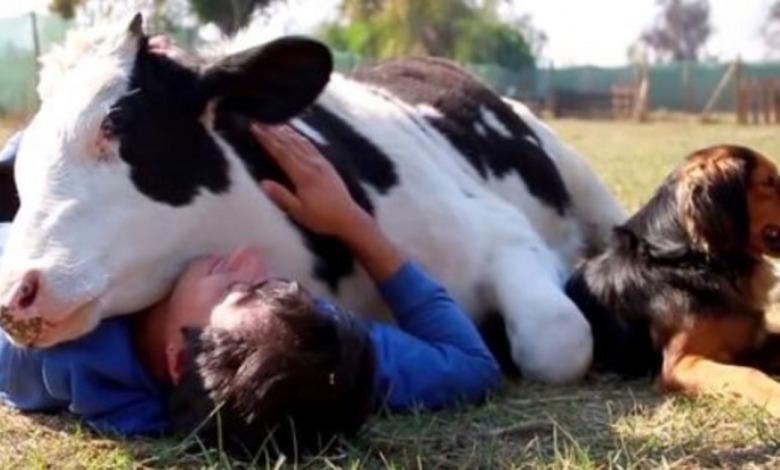 Salvador the bull was tagged as “undesirable” the second he was born. For the local dairy industry, male calves are plain useless as they don’t produce milk, or “get fat enough” to be sold profitably in the beef market. The breeders either kill the male calves at birth, or keep them around till they fetch a reasonable price from butchers, writes ilovemydogsomuch 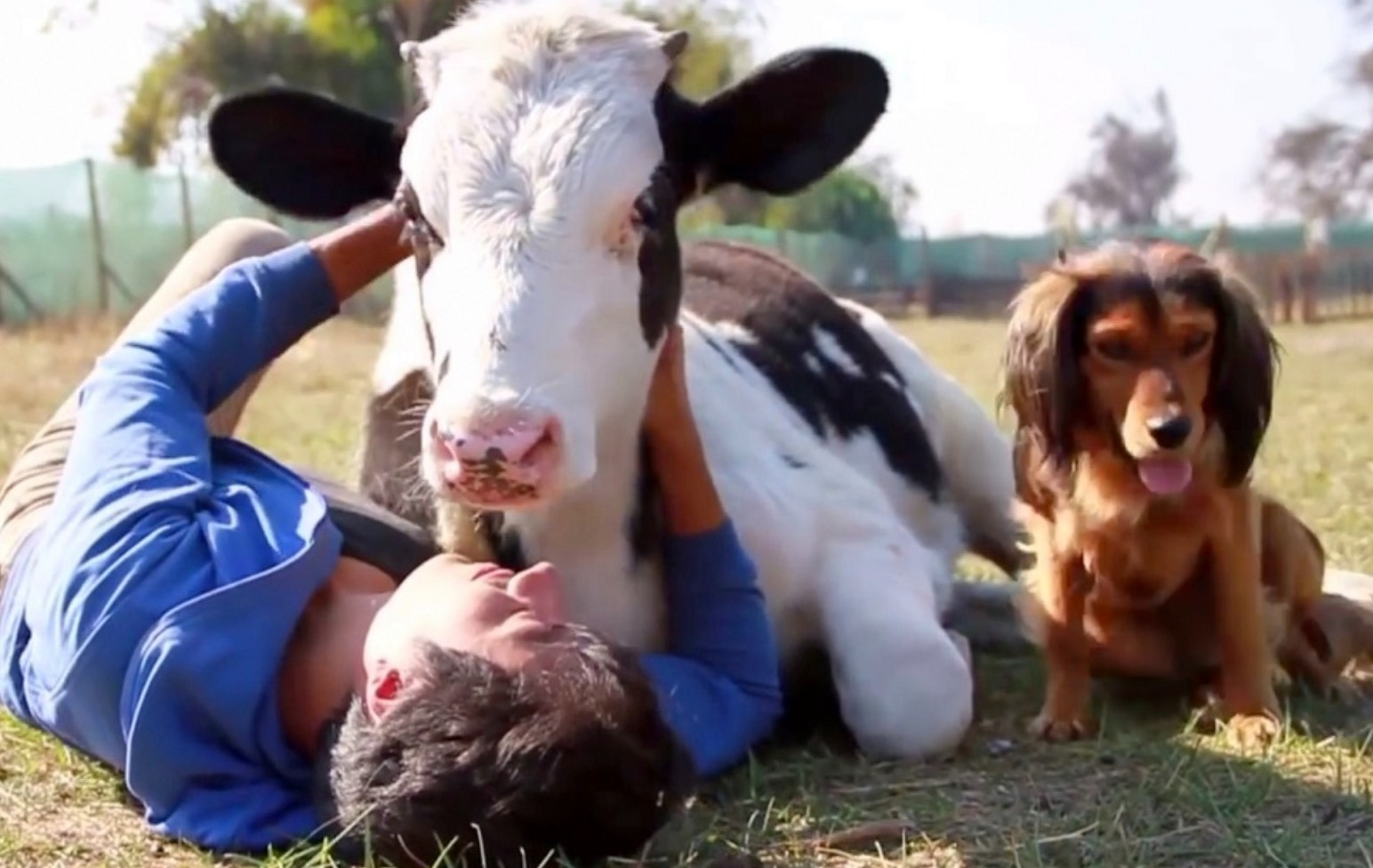 However, Salvador’s owner was determined to sell him at the highest price. The owner separated him from his mother right after birth, and planned to feed him for 4 months so that he bulks up before his time in the slaughterhouse. And just like that, Salvador was packed in a square 6-foot wooden box, and that was supposed to be his home till he fattens up. 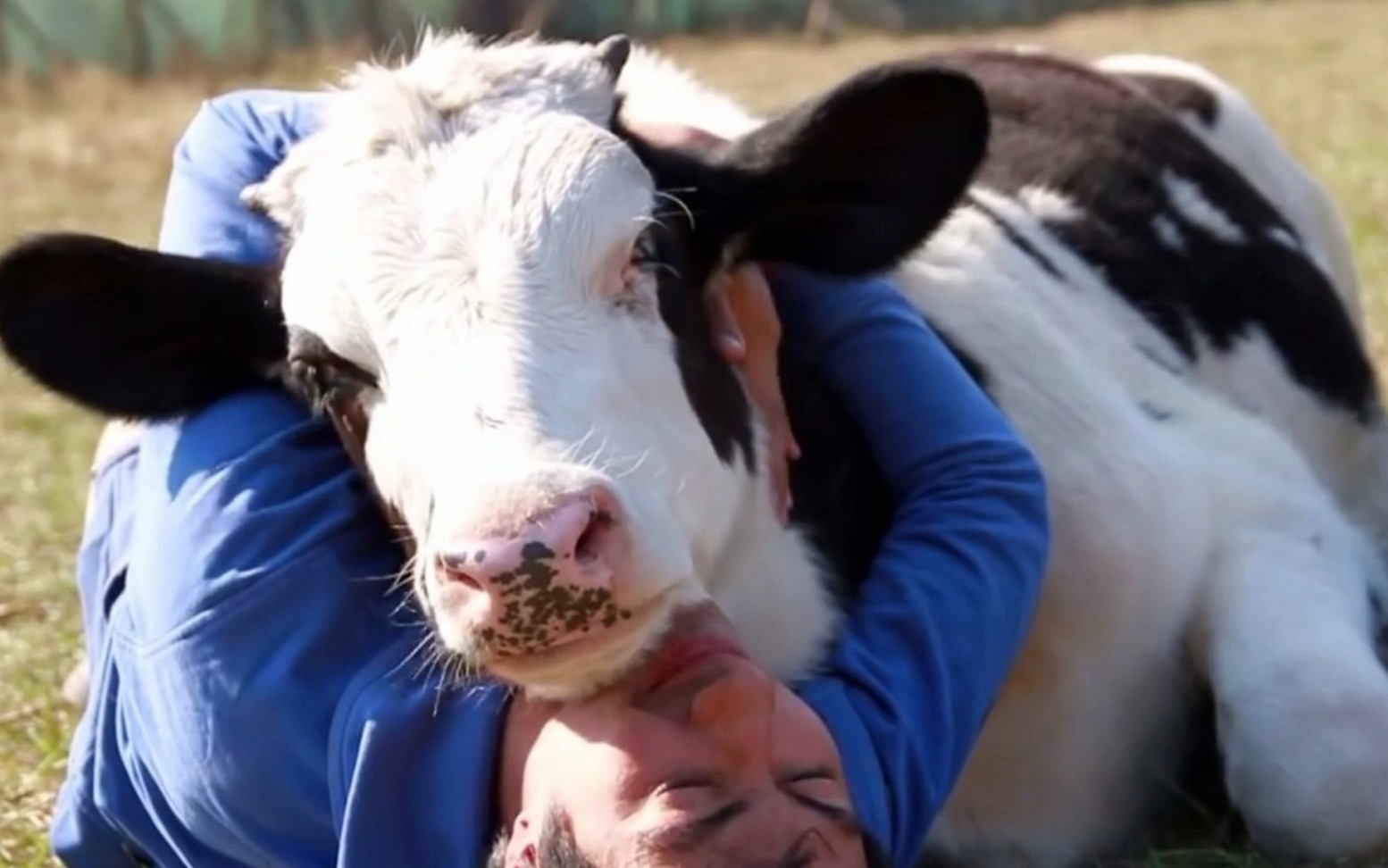 When volunteers of the local NGO “AnimalLibre” found Salvador, the poor baby was barely alive. He was soaked up in his own urine and feces, and had fever, acute diarrhea, and several infections. The volunteers rescued the malnourished calf, and took him to the “Equality Sanctuary” for further rehabilitation.

It was a whole other struggle for the sanctuary workers to infuse life back into Salvador’s dying body and soul. He was scared and defeated at first, but seeing the vast green farm for the first time in his life rejuvenated his spirits. The video below was taken 6 months after Salvador’s rescue, and it shows how far he has come from his abusive past. He is no longer confined in a box, and there’s no slaughterhouse timer on his life this time. As he spends his days cuddling with his caretakers, and chilling out with his farm buddies, we can tell that he has found his ultimate happily ever after!

Click the video below to watch Salvador emotionally celebrating his freedom with his caretaker.