While two rescuers from Diasozo Animal Rescue (DAR) were on their way to feed stray animals in a nearby village, they saw a figure lying in the grass. 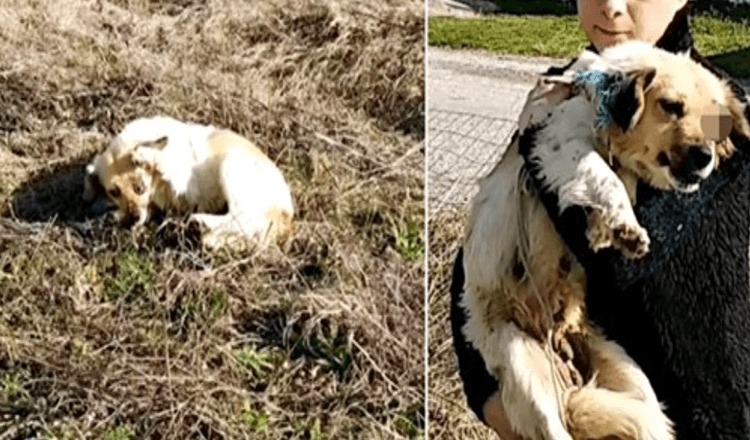 When they got closer, they saw it was a dog that was in obvious distress, writes ilovemydogsomuch.tv. 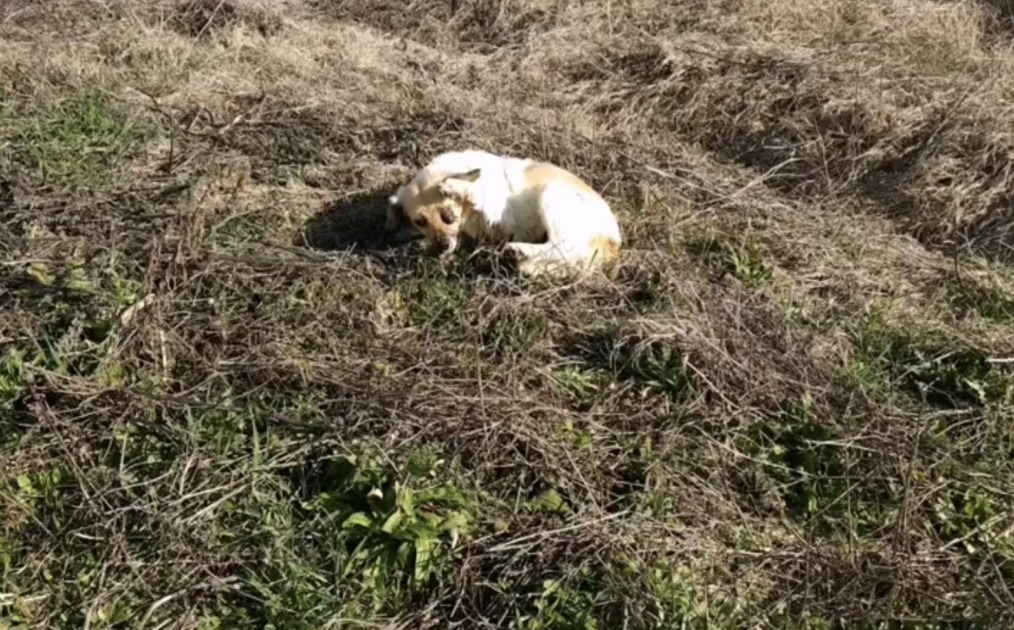 The poor dog’s injuries were horrific. She could hardly move and when one of the rescuers picked her up, she could see that her eye was deliberately gauged out. Who in their right minds would do something like that? No one! Because in your right mind, you would always be compassionate towards animals!

The nearly unconscious dog was carried to the vehicle. The rescuer explains in the video below that she could smell her rotting eye. Who could do this and then leave her like this?! It’s unimaginable. Her poor eye hung and the tissue was rotting. There was no way for her eye to be saved. Once at the vet, it was noted that she had an old jaw fracture and that a rope was tied tightly around her chest. Again, it was obvious this was no accident. This dog had been harmed intentionally. 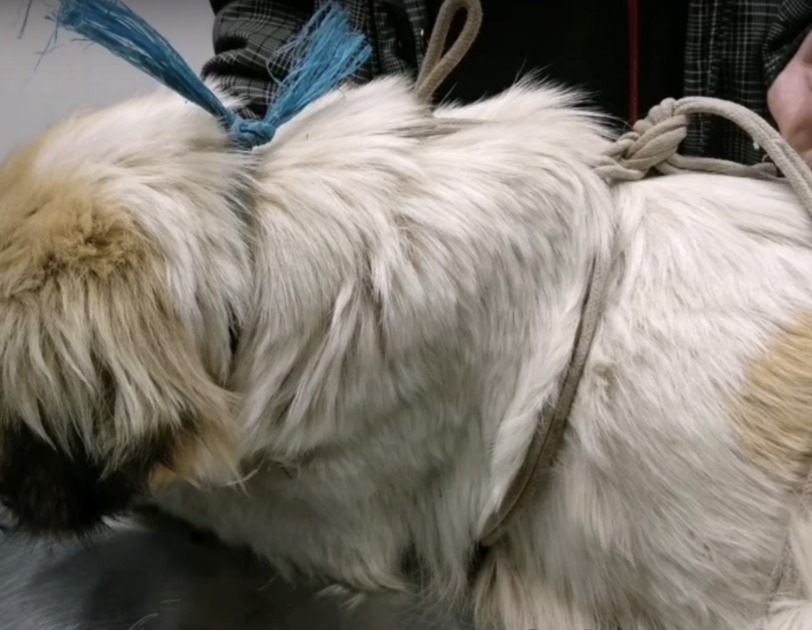 The next step was surgery to remove her eye, but sadly she wasn’t strong enough yet to survive surgery. So the vet administered plenty of pain medication so that she could finally rest comfortably. Her job now was to sleep as much as possible so she could get stronger. When we sleep, we heal! 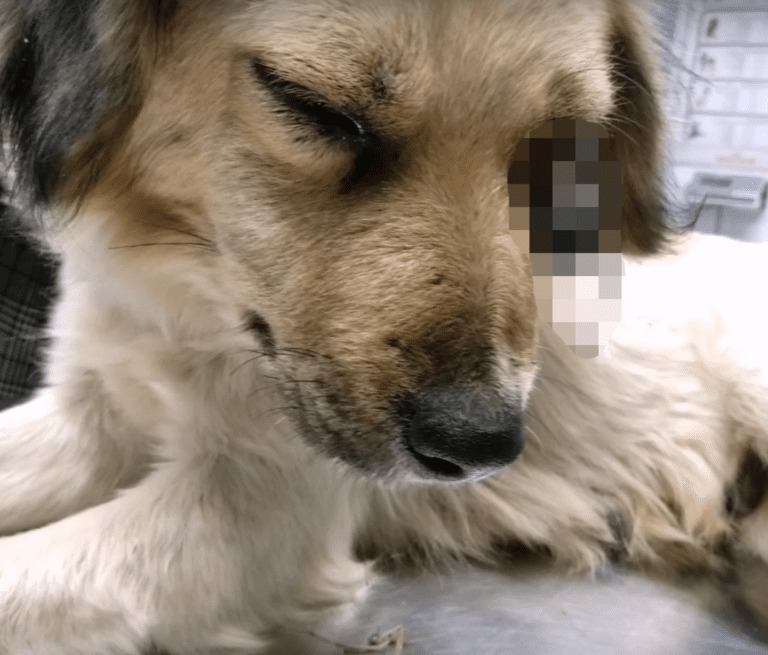 The poor girl was too weak to drink or eat herself but the vet techs were happy to help her. A few days later, she was much stronger and could handle surgery. The vet went in to remove her eye and clean up the area. Soon her socket would heal and she would be okay. She’s such a brave girl! For the first few days after surgery, all she did was sleep but then she got up! What a warrior! She sat up on her own and greeted everyone that had helped her. Now was she was ready to go to the rescue center and then placed in a foster home. Look at that gorgeous pup! 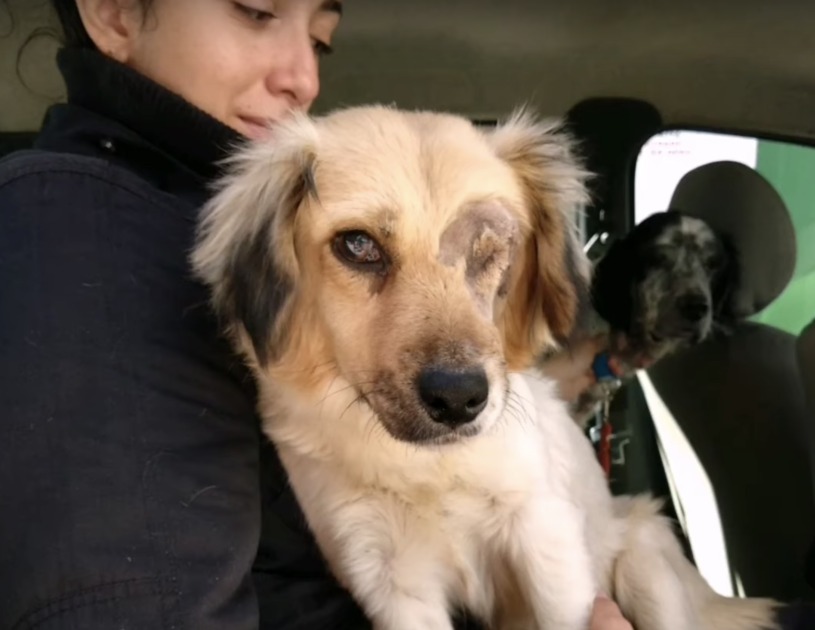 The sweet girl remained at the center for her medical care and then the most amazing thing happened! Because she was surrounded by love and so much care, she recovered quicker than anyone expected. This meant she could be put up for adoption. 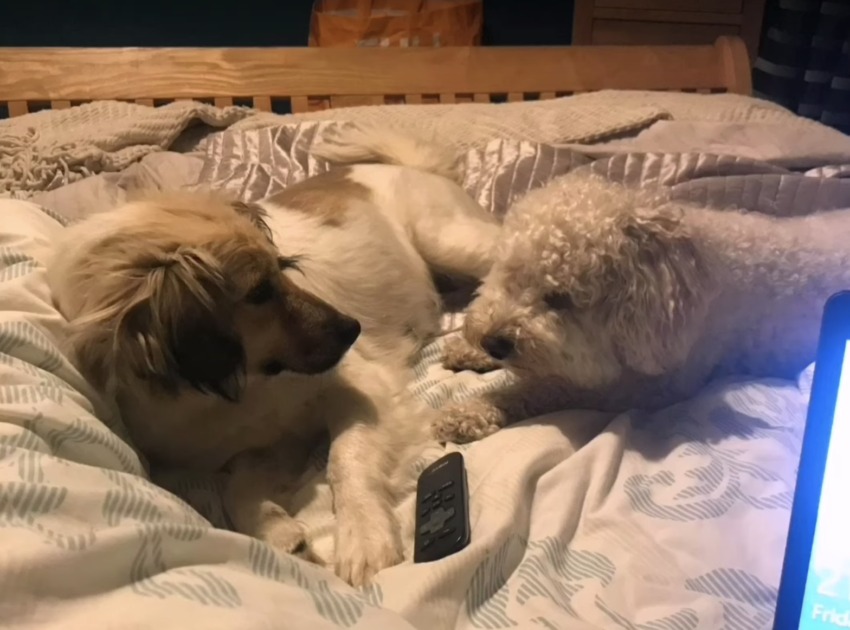 The little angel was adopted in no time! A kind family had heard about the little warrior and wanted to take her home right away! They named her “Honey.” 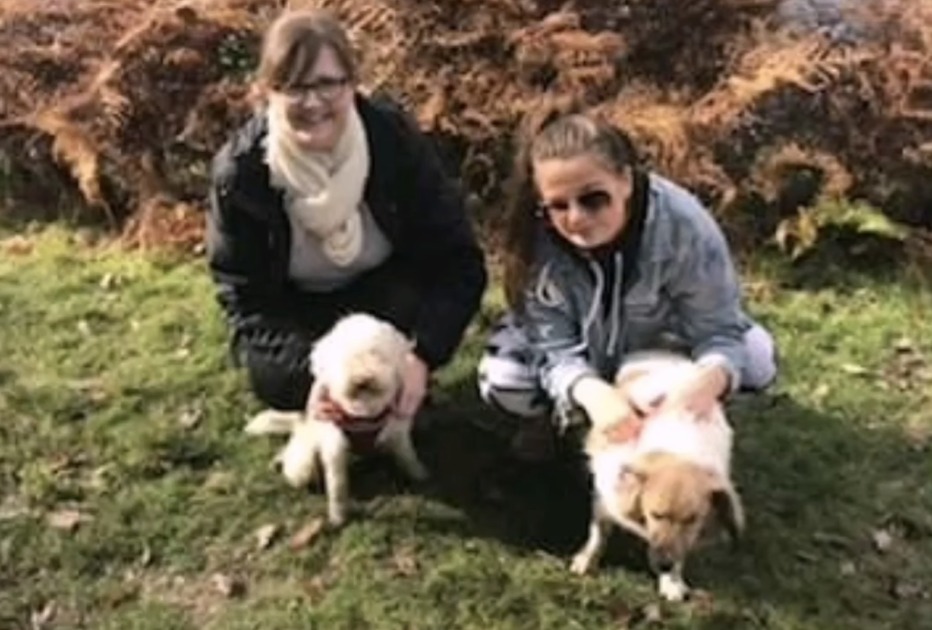 With a new name and a new life, Honey is doing amazing. We want to thank DAR for doing all that they do! Honey is alive today because of you! Honey’s story is in the video below. Discretion is advised. The video does show Honey in a disheartening state. But again, it ends happily!
Please ‘SHARE’ to pass on this story to a friend or family member