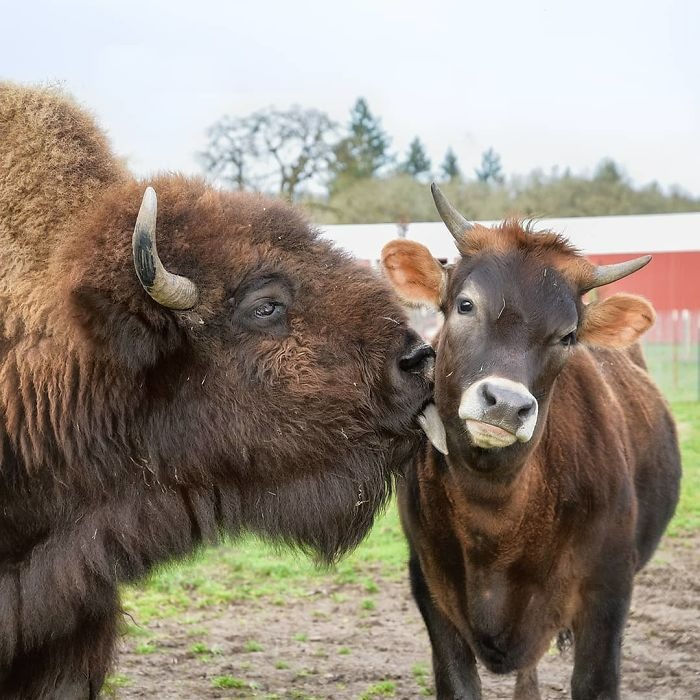 This is Helen, a blind bison that has spent years at Oregon’s Lighthouse Farm Sanctuary without making a single friend. She was nervous, suspicious and seemingly destined to live out the rest of her life sad and alone. But then came Oliver. The young Jersey calf was curious from birth and soon managed to break down the barriers that Helen had constructed around herself. She came to trust him, and they became firm friends. Now, the pair are inseparable. Helen seems to have ‘adopted’ Oliver, and Oliver’s fur has even changed colors as he grew older and now it matches hers.

“He’s actually turned into a baby buffalo,” Lighthouse Sanctuary’s Gwen Jakubisin told USA Today. “The change in her demeanor is incredible, her joy is palpable.” 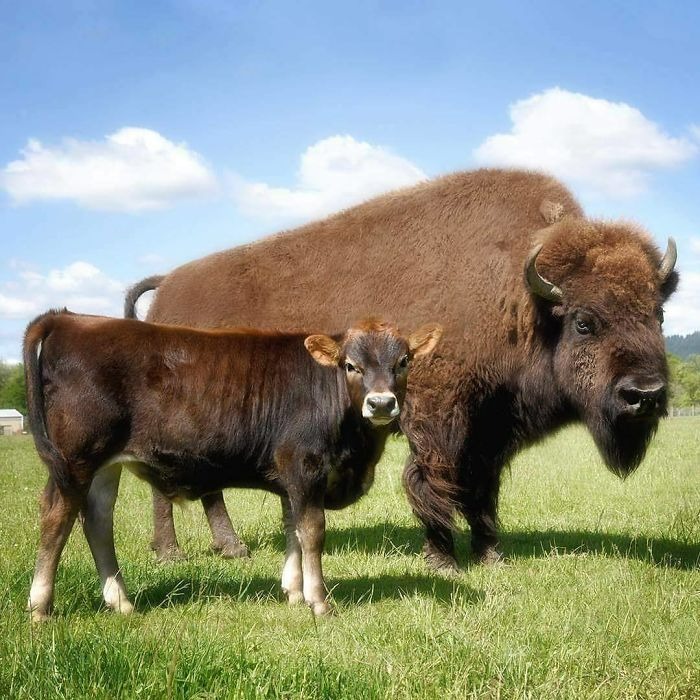 Jakubisin sees their relationship like that of a loving nanny who cares for a baby. “Betsy (Oliver’s mom) usually drops Oliver off at ‘daycare’ and roams around while Helen watches over him for the rest of day, and she’s cool with that,” she said.

“I catch them grooming each other which is amazing because I don’t think Helen has ever had that opportunity to express that motherly instinct before.”

The powerful friendship has brought Helen out of her shell, giving her the confidence to go and befriend other animals in the sanctuary, too. 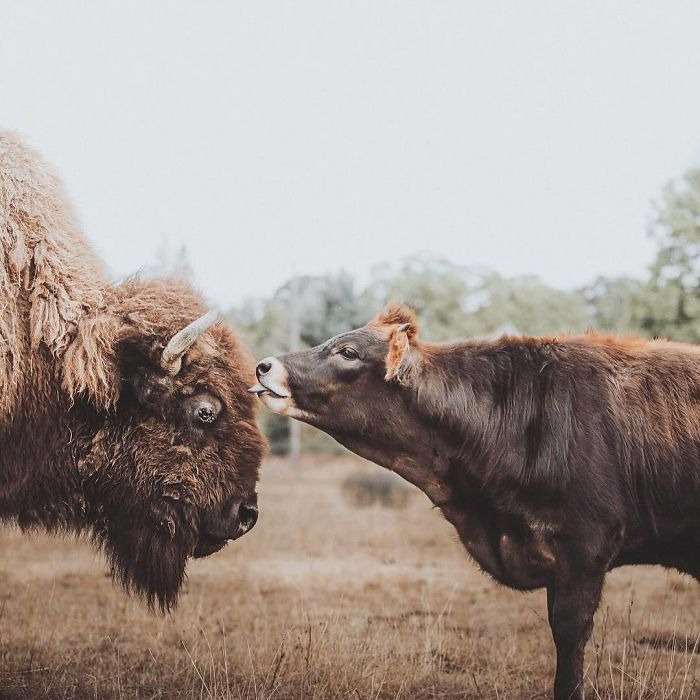 The sanctuary itself is dedicated to the rescue, rehabilitation and, when appropriate, rehoming of abused and neglected farmed animals. According to their website, over 200 animals, including pigs, cows, horses, chickens, sheep, and goats are homed there.

Their mission is to “help shine a light on the realities of animal agriculture and lead the way to a more compassionate world.” 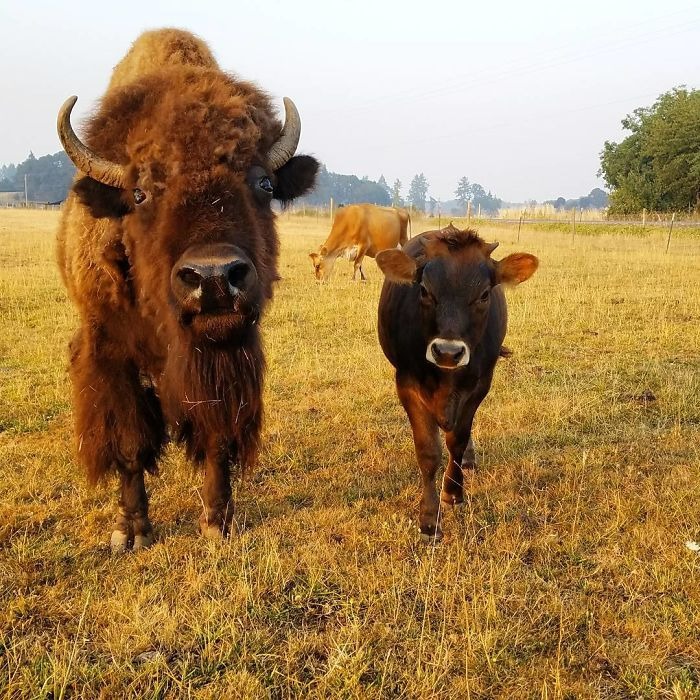