Carmen Morales couldn’t believe how ill Cotton was when she first saw him.

The small white cat was found as a stray on the streets of Florida, famished and in excruciating discomfort. He’d contracted mange, which had spread throughout his entire body, including his eyes. 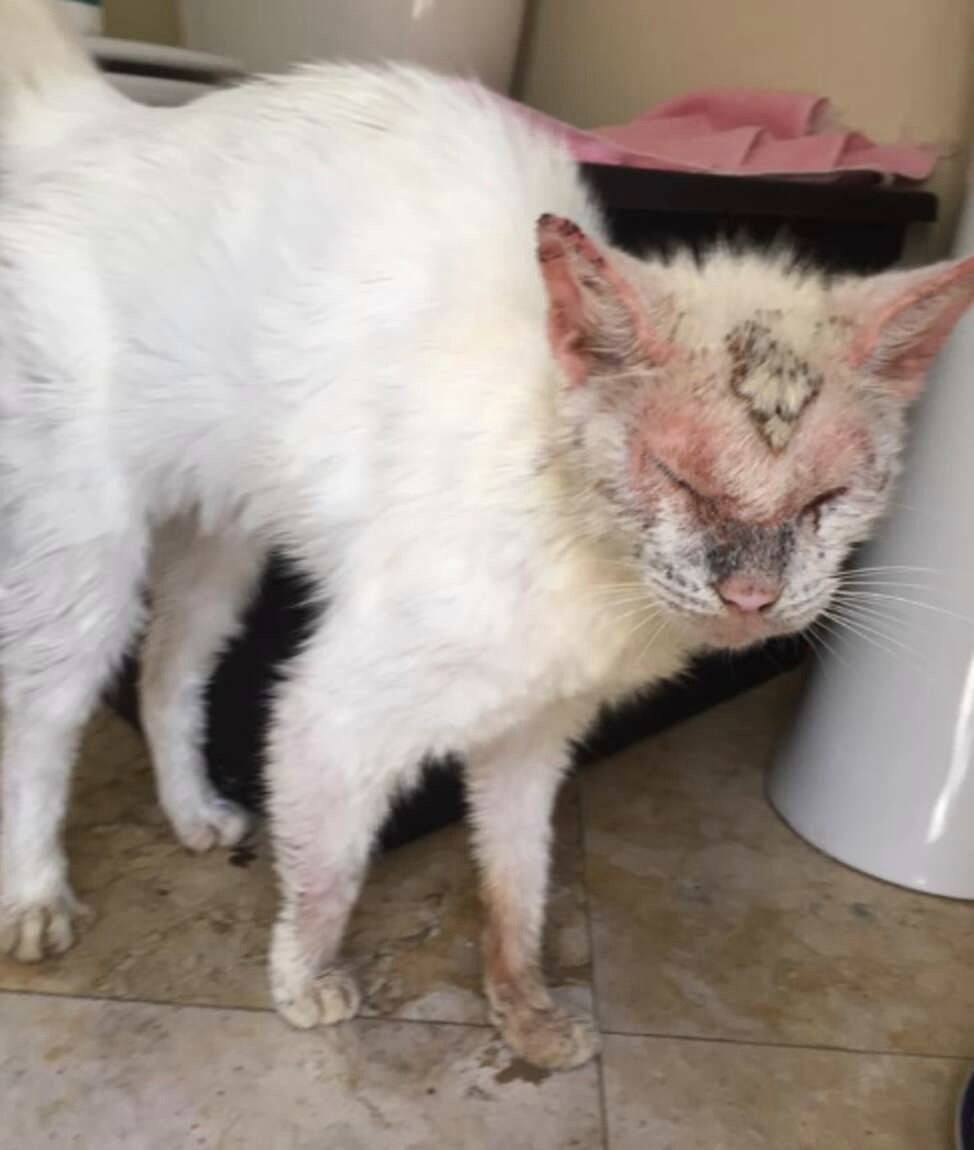 Credit: CARMEN MORALES
“The mites were so awful that he couldn’t even see or open his eyes,” Morales, creator of Animal Friends Project, told The Dodo. “It must have been terrifying for him not to be able to see out there.” He was completely alone and quite thin due to his inability to get food.”

Morales, who has cared for scores of sick rescue animals over the years, set up a quarantine ward in her bathroom for the cat, where she began feeding him regular meals and administering medications. Cotton was itchy and unpleasant at first, but after a few days of therapy, he began to feel better. 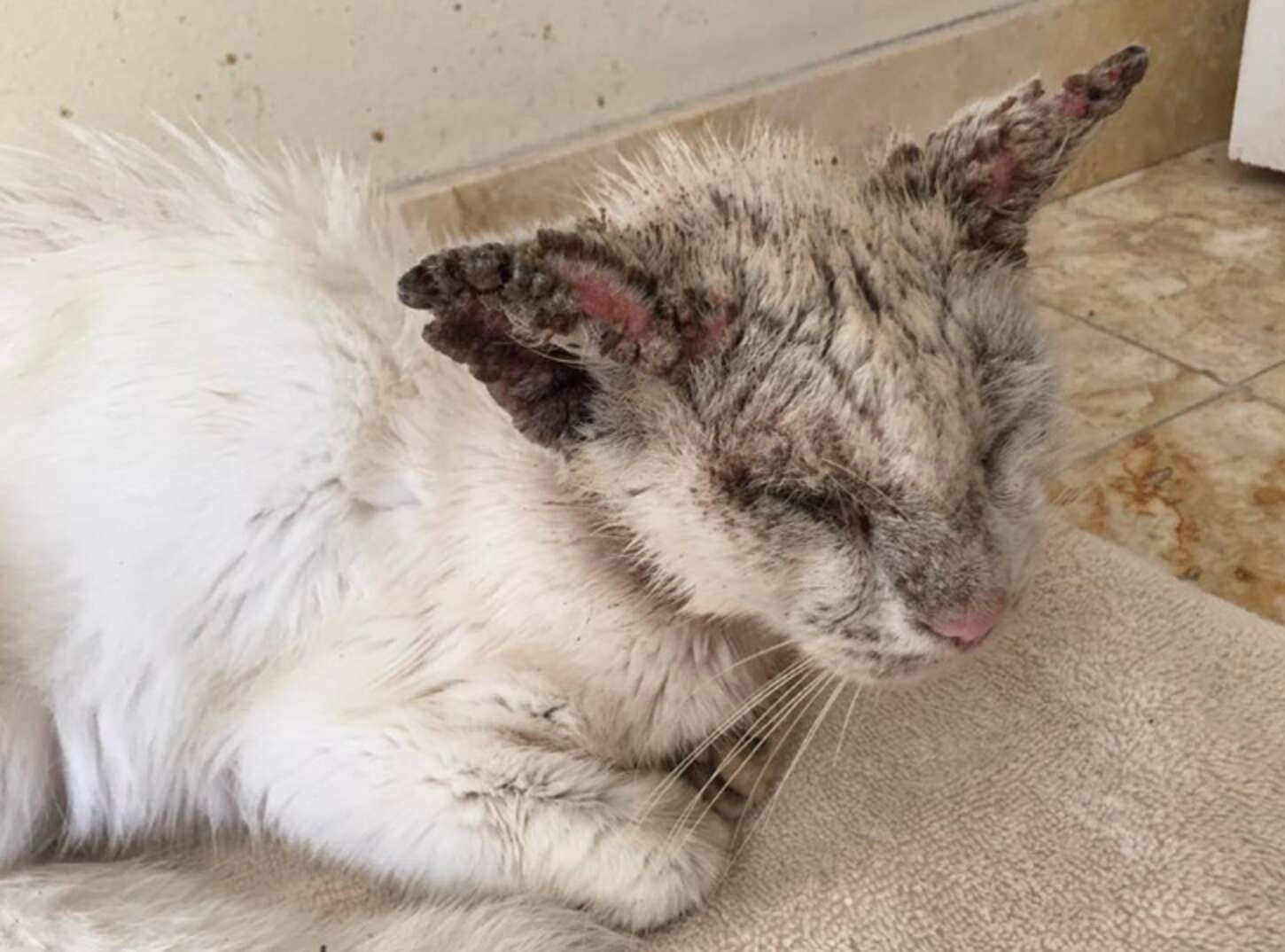 Credit: CARMEN MORALES
“As the days progressed, we could just feel his stiff body start to relax,” Morales recalled. “At long last, he was able to relax without itching so much.”

Cotton trusted Morales right away, despite the fact that he couldn’t see. He was quite patient as Morales labored every day to apply ointment and coconut oil to his sore skin, and he looked forward to seeing her for pets and food. Cotton’s condition improved over time. After a few weeks of diligent attention, something miraculous occurred. 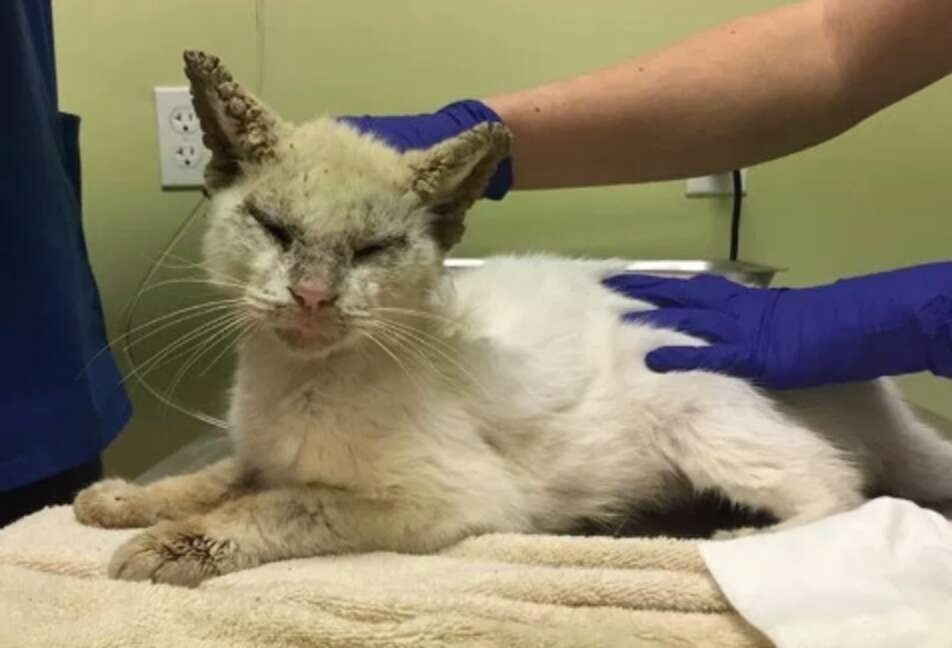 Cotton’s eyes were not only restored, but they were also beautiful. The color of one eye was vivid blue, while the color of the other was hazel.

Cotton eventually overcame his health concerns and appeared to be a completely different cat as the months passed. Credit: CARMEN MORALES
Morales was taken aback, and Cotton appeared to be as well. After being unable to see for so long, he had a renewed energy to finally see the world around him. No one knows how long he was blind, but it was most likely many months.

“We assumed he was blind and would be blind for the rest of his life,” Morales added. “The vet assumed his eyes would be damaged even if he recovered, but they weren’t.” It came as such a pleasant surprise. His eyes were very stunning.” 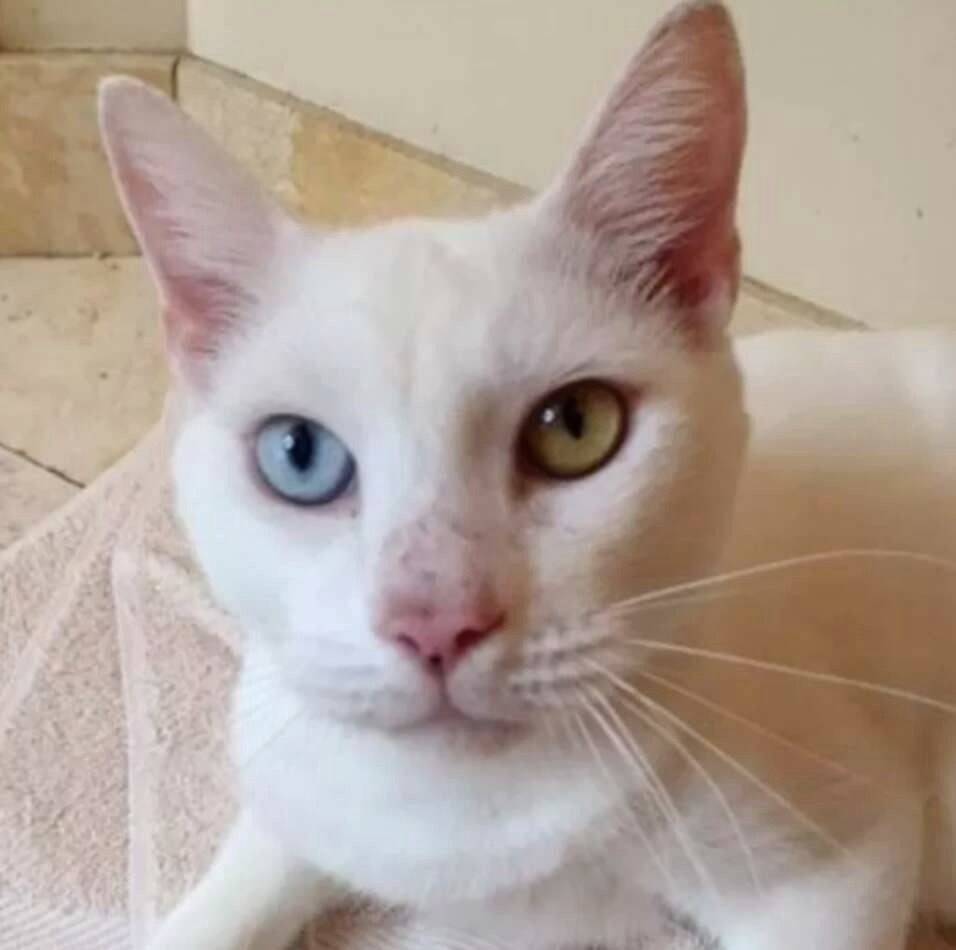 Credit: CARMEN MORALES
Cotton, 6, was like a new cat after three months in recuperation, and he had built a particular relationship with Morales. He followed her everywhere she went, and she was the only one who could pat him for more than a few seconds. He was anxious and shy among other people, but with Morales by his side, he gradually became more comfortable and confident. Credit: CARMEN MORALES
Morales explained, “If I go into another room, he stands outside the door chatting.” “He sleeps with me and is constantly at my side… I have a fantastic friendship with him. He’s an excellent communicator who enjoys meowing at me.”

Cotton is now enjoying such a luxurious life as a result of everything he’s been through, and Morales is grateful she discovered him when she did. Credit: CARMEN MORALES
“We got so many applications for him because of his attractiveness,” Morales recalled, “but in the end, I realized how connected he had gotten to me.” “I didn’t want to put him through another major transition.” He’d gone through so much previously.”

Cotton was overjoyed to be welcomed into the family as a permanent member, and now spends his days relaxing, playing, and following his mother around everywhere she goes. 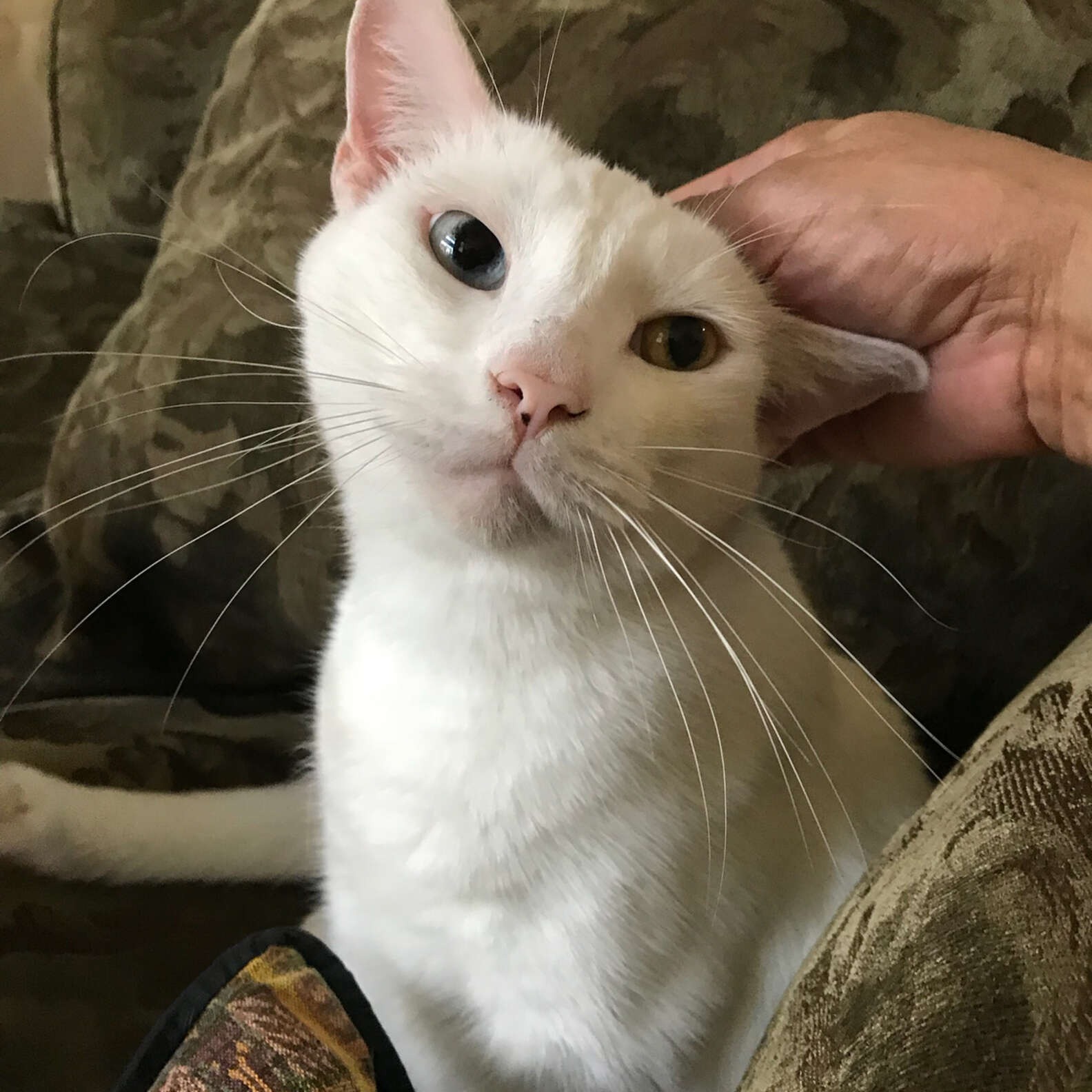 Credit: CARMEN MORALES
Morales stated, “He is very gorgeous and the ideal companion for our family.” “Because they can’t always beg for aid, cats like Cotton rely on people to recover… I’m sure a lot of people passed him up because he looked so sick, but he was simply waiting for someone to take a chance on him.”