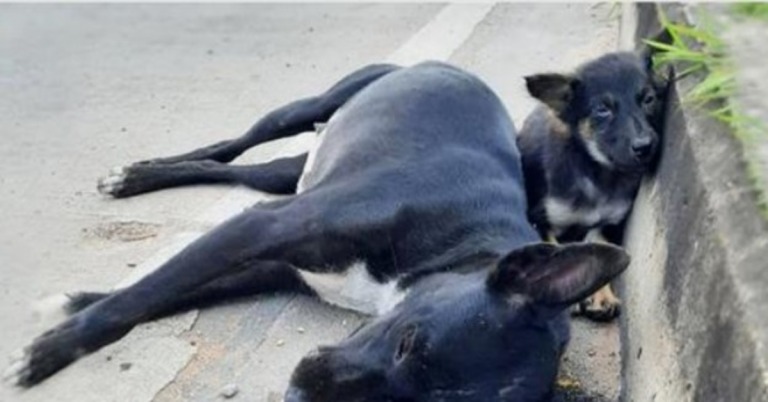 Please share and pass this story onto a friend or family member above!

Stray animals struggle daily in order to survive. For one mama dog, finding enough food for her and her puppy proved deadly. She tried to cross a busy highway but was tragically hit by a car. She died instantly so she did not suffer but her baby had no idea what was going on. He was scared and alone. He clung to his mama hoping she’d wake up.

A passerby stopped her car and called a local rescue in tears. She pleaded for them to come immediately. When they arrived, they could see that the puppy was beyond heartbroken. His mom was his whole world and now that she was gone, he had no idea what to do with himself. He didn’t want to leave her side but the rescuers had to intervene. The rescuers took both dogs and put them into their vehicle. First, they tried to give the puppy some formula but he wanted nothing to do with it. He continued to cry and huddle into the corner of the cage. Even with their kind words and all the comfort the rescuers could muster, the puppy only wanted his mom to come back. 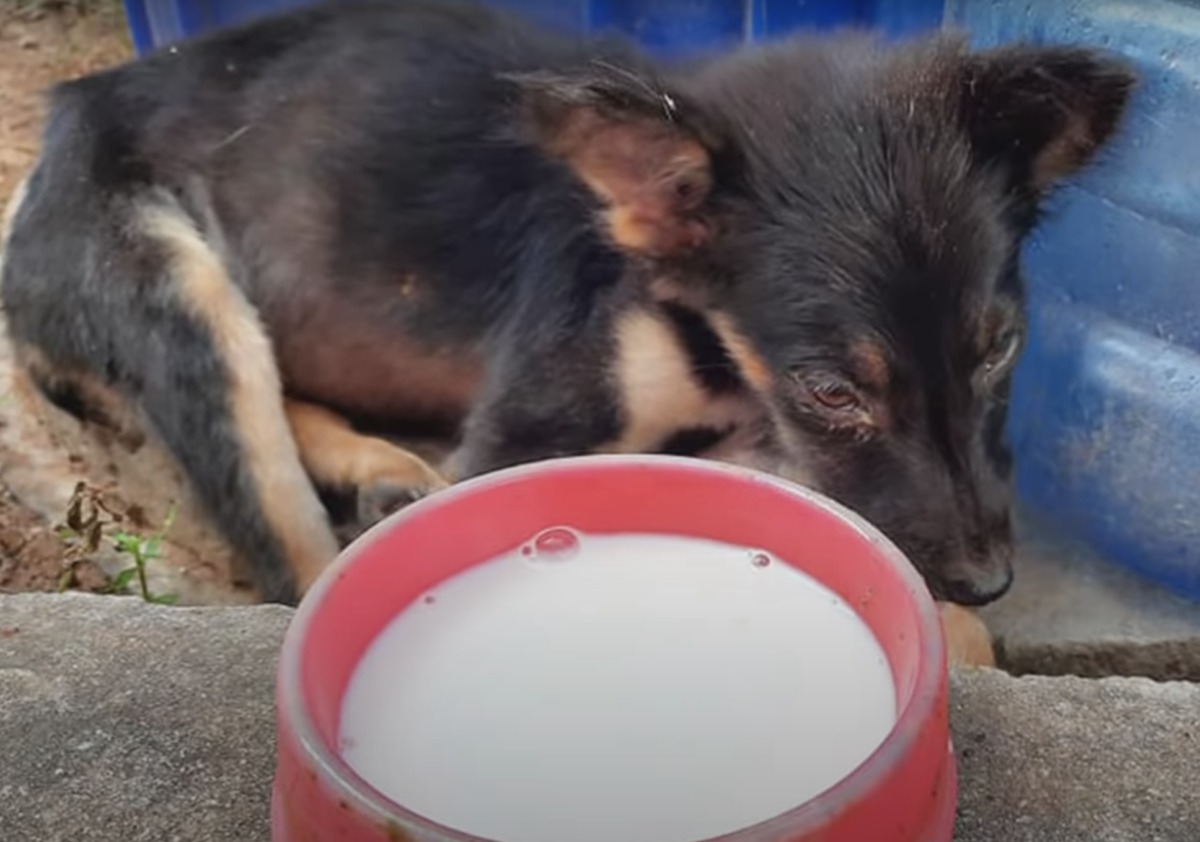 The rescuers decided to give the mama dog a proper burial and say some kind words. They vowed to care for her baby in her honor. The puppy was brought to the vet clinic. He was weak from dehydration and inadequate food intake. The vet and his staff tried everything but he still refused to eat.

The vet and his staff had seen this before. When a puppy is this shutdown, they have no other choice but to give him the nutrition and fluids he needs. If they wait, he won’t make it. They put in an IV and let the puppy rest as comfortably as possible. The rescue group and medical staff are working around the clock to care for the puppy and he’s making steady, but slow progress. He’s still very scared and misses his mama. It will take time for him to feel safe again but no one is giving up on his recovery. Can we please send this baby all our prayers and well wishes?