While not every new parent opts for a professional photo shoot for their newborn, nice photos of a little one’s early life are highly treasured. Not only do they symbolize the innocence and beauty of bringing new life into the world, but they also represent growth and development of the child since several photos are taken throughout the years and compared later on, writes moneysavingbasics.

One of the greatest things about newborn photo shoots is that no two are ever identical. Interestingly, when Tiffany Gill Rogers’s one-month-old baby, Connor, was getting his professional shots taken by talented photographer Megan Rion, a wild deer photobombed the scene at the perfect moment! But, before the wild animal arrived at the outdoor scene of sweet, little Connor, Megan had absolutely no idea that the fall photo shoot would contain any furry guests. In fact, it was never even an expectation. Instead, she had strategically arranged pumpkins and colorful leaves around Connor, who was lying on a festive hay bale. The scene was picture-perfect, literally!

Megan worked her magic to produce phenomenal, autumn-inspired photographs of the one-month-old. From the props used and with Connor on the hay bale, the photographer definitely knew what she was doing to produce breathtaking photos. 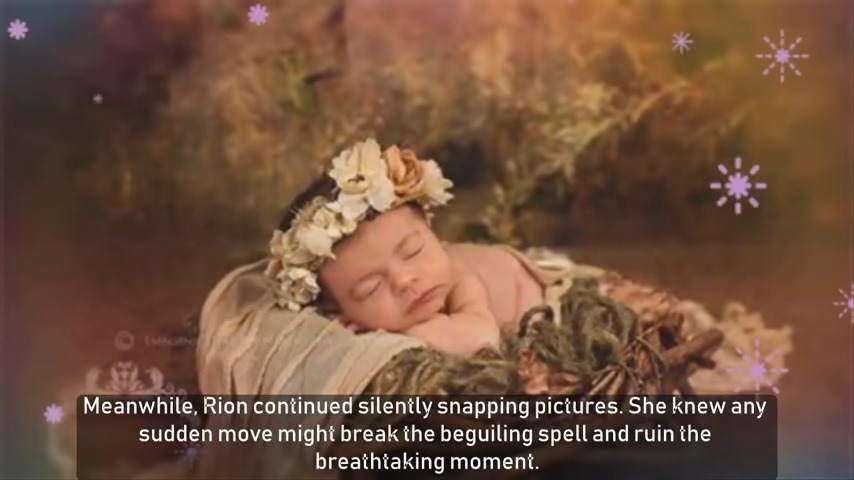 Then, that’s when a shy, hesitant deer interrupted the photo shoot, particularly appearing interested in Baby Connor resting on the hay bale. Before you know it, Megan got the perfect shot with the sweet deer behind the sleeping child, perfectly centered and slightly leaning downward as if the animal is intentionally posing for the camera. My eyes couldn’t believe it!

Anyone would think that the photo of Connor and the deer was photoshopped, but there’s also an unprofessional photo of the scene to prove that the deer really was present at the time of the photo shoot. 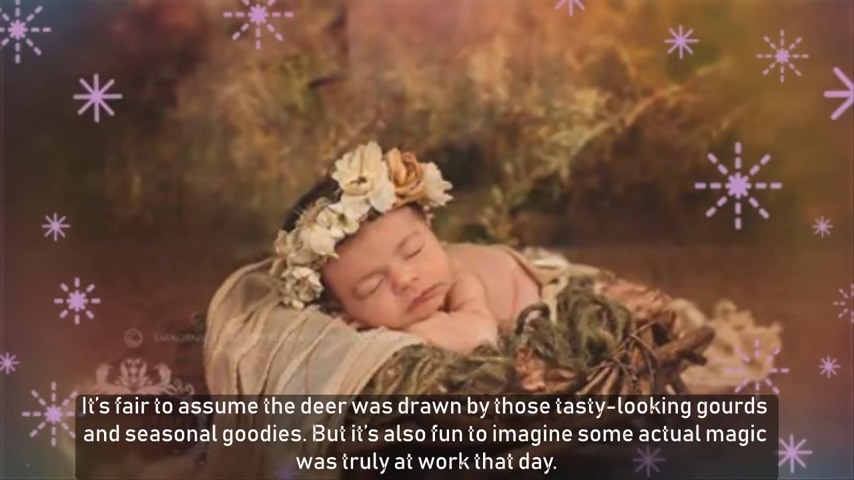 Do you think that the deer showing up was just a coincidence or was essentially destined to be a part of Connor’s beautiful photos? I’m thinking the latter is true!

Your jaw will drop when you see the gorgeous capture of the newborn and the innocent deer. It’s definitely unlike most infant’s photo shoots. After seeing Connor’s photos, you’ll wish a deer would show up to your child’s outdoor photo shoot, too!

Click on the video below to see exactly how it all went down, you’ll be surprised.