When archaeologists uncovered the walls of a Roman-era structure in the center of Cologne, Germany, last year, they initially thought they had found the ruins of a public ᴀssembly hall. 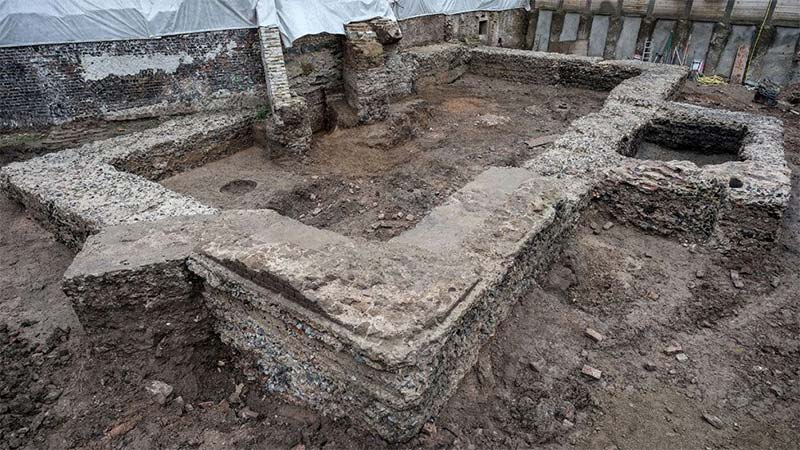 The discovery of tiny wall niches, however—at roughly 31 by 20 inches, the spaces were too small to hold statues—soon led them to conclude otherwise: Here, in the former Roman city of Colonia, stood the country’s oldest known library.

According to the Guardian’s Alison Flood, the wall niches mirror those seen in the Library of Celsus, a 2nd-century Roman building located in modern-day Ephesus, Turkey.

(Although that structure’s interior was destroyed by an earthquake in the 3rd century, with the facade following in the 10th or 11th century, Celsus was re-erected by archaeologists during the 1970s.)

Based on this connection, researchers were able to identify the niches as all that remained of cupboards built to house an ancient library’s roughly 20,000 scrolls. 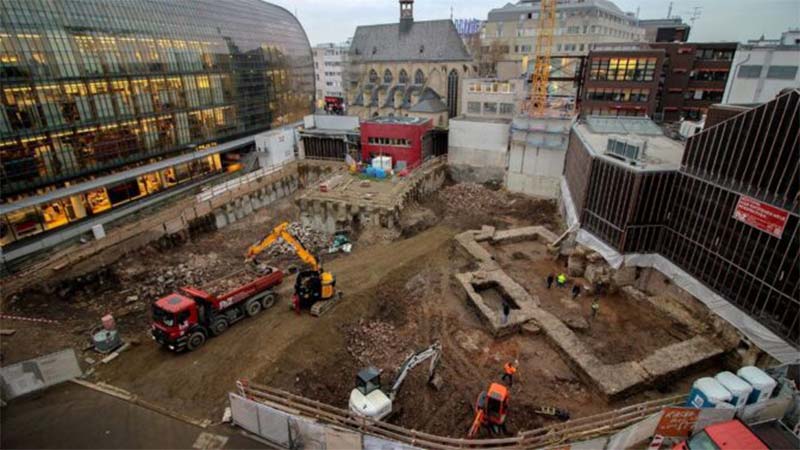 The Cologne structure was built in the southwest corner of the city’s forum, or marketplace, sometime between 150 and 200 C.E., according to Martin Oehlen of German news outlet Kölner Stadt-Anzeiger.

The Romans had founded Cologne, then known as Colonia, on the banks of the Rhine River about a century earlier in 50 C.E.

The city, which served as the capital of the Germania Inferior province and housed some of Rome’s influential imperial governors, soon emerged as a vibrant trade and manufacturing centre.

Given the library’s central location, Schmitz believes it was open to the entire city rather than a single private citizen or municipal leader. An annex housing a statue of Minerva, Roman goddess of wisdom and warfare, was likely added after initial construction, The Art Newspaper’s Catherine Hickley reports.

“[The structure] is at a minimum the earliest library in Germany, and perhaps in the north-west Roman provinces,” Dirk Schmitz, an archaeologist at the Roman-Germanic Museum of Cologne, tells Flood.

But he speculates that there could be more Roman libraries discovered in the future. “Perhaps there are a lot of Roman towns that have libraries, but they haven’t been excavated,” he adds.

“If we had just found the foundations, we wouldn’t have known it was a library. It was because it had walls, with the niches, that we could tell.”

The library will be integrated into the new building’s underground garage, with two would-be parking spaces instead displaying the ancient structure’s walls and three parchment niches.