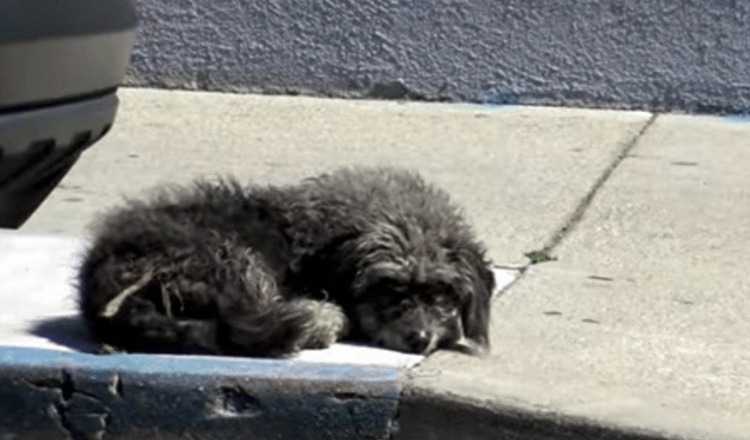 A sad and lonely dog was reported to Hope For Paws, an animal rescue in California, that someone saw sleeping on a sidewalk next to a busy road. The abandoned dog was curled up in a ball and looked up at her rescuers with the saddest eyes.

The rescue team approached the dog slowly with a hamburger in hand. The dog sat up and cautiously approached to eat the burger. After a few minutes, the dog followed one of the rescuers to an alley beside a building. They blocked off the exit and attempted to catch the dog. 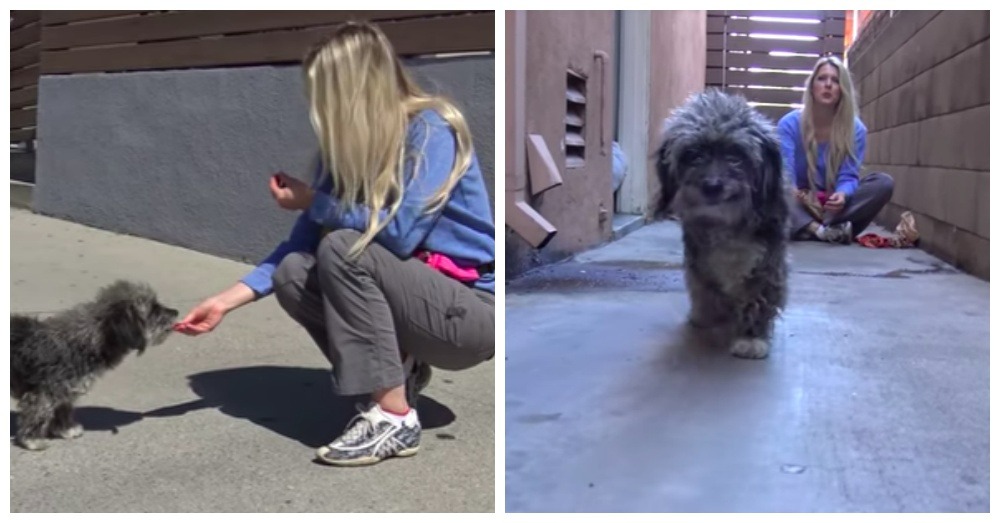 After offering more of the delicious hamburger, the woman was able to slowly put a leash around the dog’s neck. The dog did not resist and even let the woman carry her to the car. During their ride to the vet, the dog relaxed and enjoyed a belly rub. 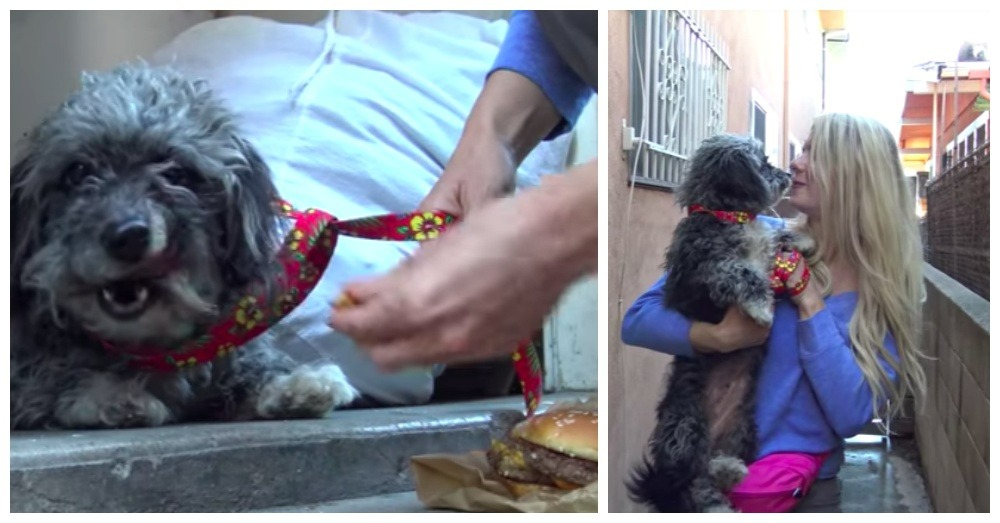 The rescuers named the sweet girl, Cindy Lou. She received an examination by a vet and then a bath. She was excited for her makeover. Once she realized she was in a safe place, she began to wag her tail. 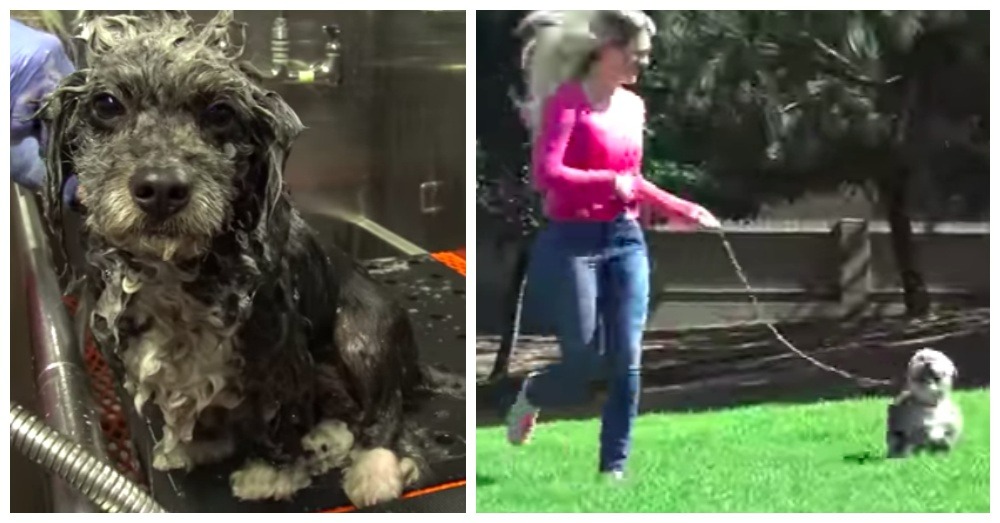 Cindy Lou’s playful side came out and she thanked her rescuers with kisses. She received the necessary medical treatment and then went to a foster home. Cindy Lou is looking for her forever home. If you are interested in adopting this sweet girl, you can contact Smooch Pooch Rescue.