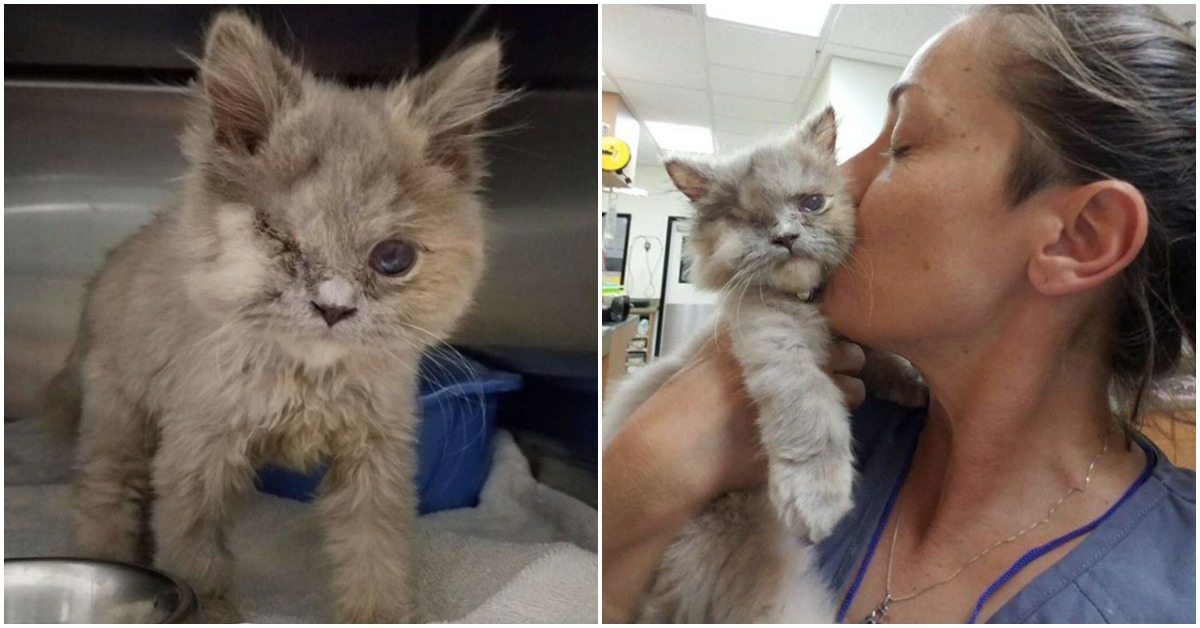 When Lemmy was found in the bushes outside a veterinarian facility in Oceanside, California, she was just a little kitten. Bre, one of the vet professionals, stumbled upon the cat and was immediately taken aback by her state.

Her fur was matted and both of her eyes were seriously inflamed. Bre thought that she had been abandoned in the woods by someone who had cruelly left her there to fend for herself. 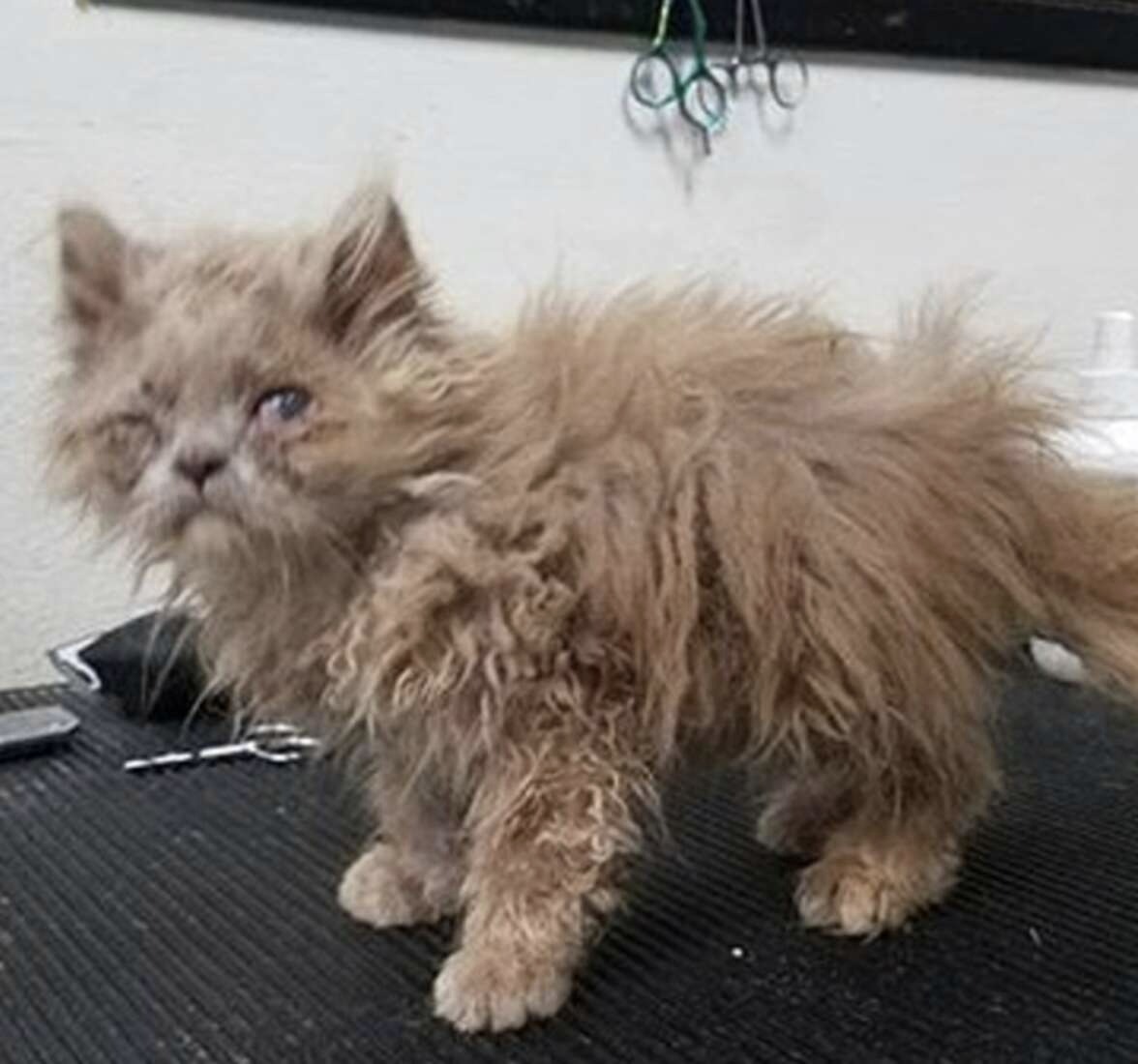 Credit: INSTAGRAM/BEINGAKITTENFOSTERMOMRULES
Lemmy was whisked away to the veterinarian’s office and given prompt medical assistance. The team shaved her down to remove all of her matted fur and began treating her for ringworms. They then inspected her eyes and discovered that one of them was so badly damaged that they had no alternative but to remove it.

She had an infection that had gone undiagnosed for much too long; if it had been treated sooner, the unfortunate kitten would not have lost her eye in the first place. Credit: INSTAGRAM/BEINGAKITTENFOSTERMOMRULES
Despite her suffering and misery, Lemmy purred and cuddled up against her rescuers while they treated and washed her, overjoyed to have someone looking after her. Bre is an experienced kitten foster mother, so she took Lemmy in as a foster and cared for her following her eye surgery and while she healed from her terrible start in life. 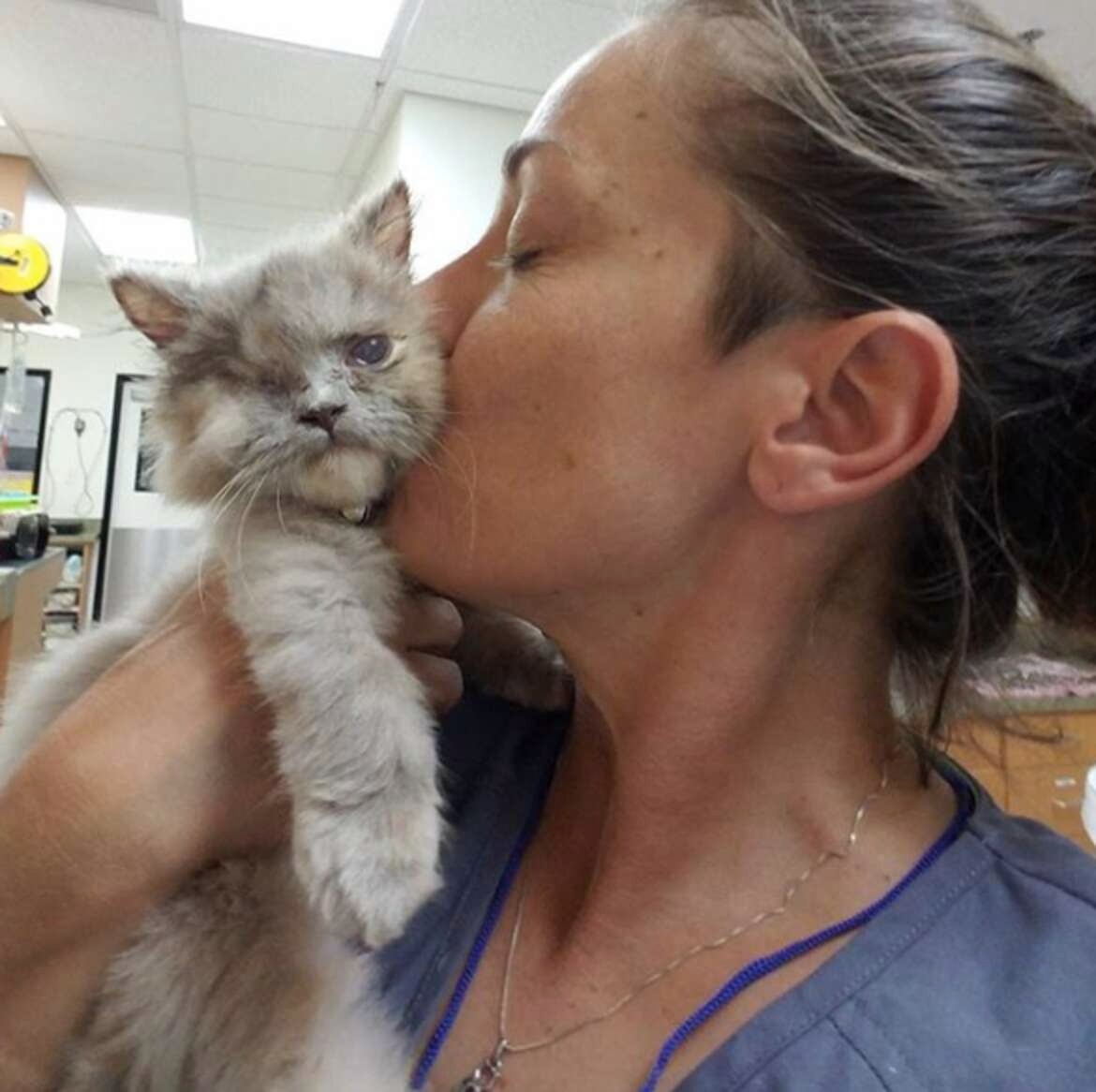 Credit: INSTAGRAM/BEINGAKITTENFOSTERMOMRULES
Lemmy was a loving, active kitten from the beginning, and her foster mom fell in love with her large personality and gorgeous one-eyed face right away. But, before long, Lemmy needed to find her permanent home, so her foster mom started advertising her and received several applications — but, for some reason, Lemmy was adopted twice and returned both times.

Nobody could understand why Lemmy couldn’t seem to find the ideal family, but happily, the best family had been watching her trip and was gradually growing in love with her. 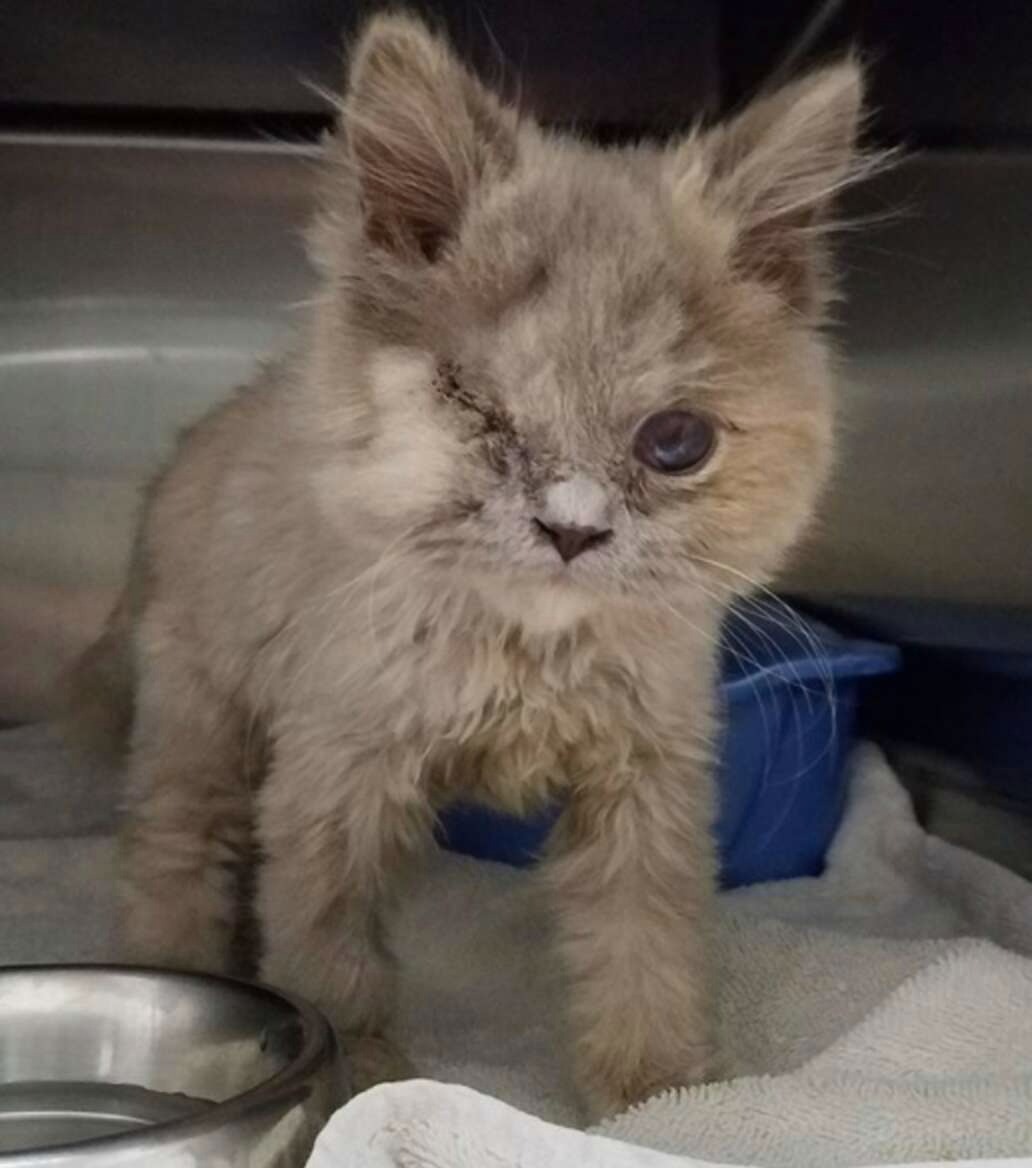 Credit: INSTAGRAM/BEINGAKITTENFOSTERMOMRULES
“She was available for adoption in September, and I didn’t consider adopting her at first because we already had two cats and weren’t in the market for three,” Celine Machefert, Lemmy’s mother, told The Dodo.

“But after she was adopted and returned TWICE, I knew she was meant to be a part of our family.” “We simply knew we had to get her at that time.” We have a warm spot in our hearts for’stray’ animals.”

Machefert and her family decided to seek to adopt Lemmy, not expecting anything in return – until they received word that their application had been granted, and Lemmy had become their newest family member. 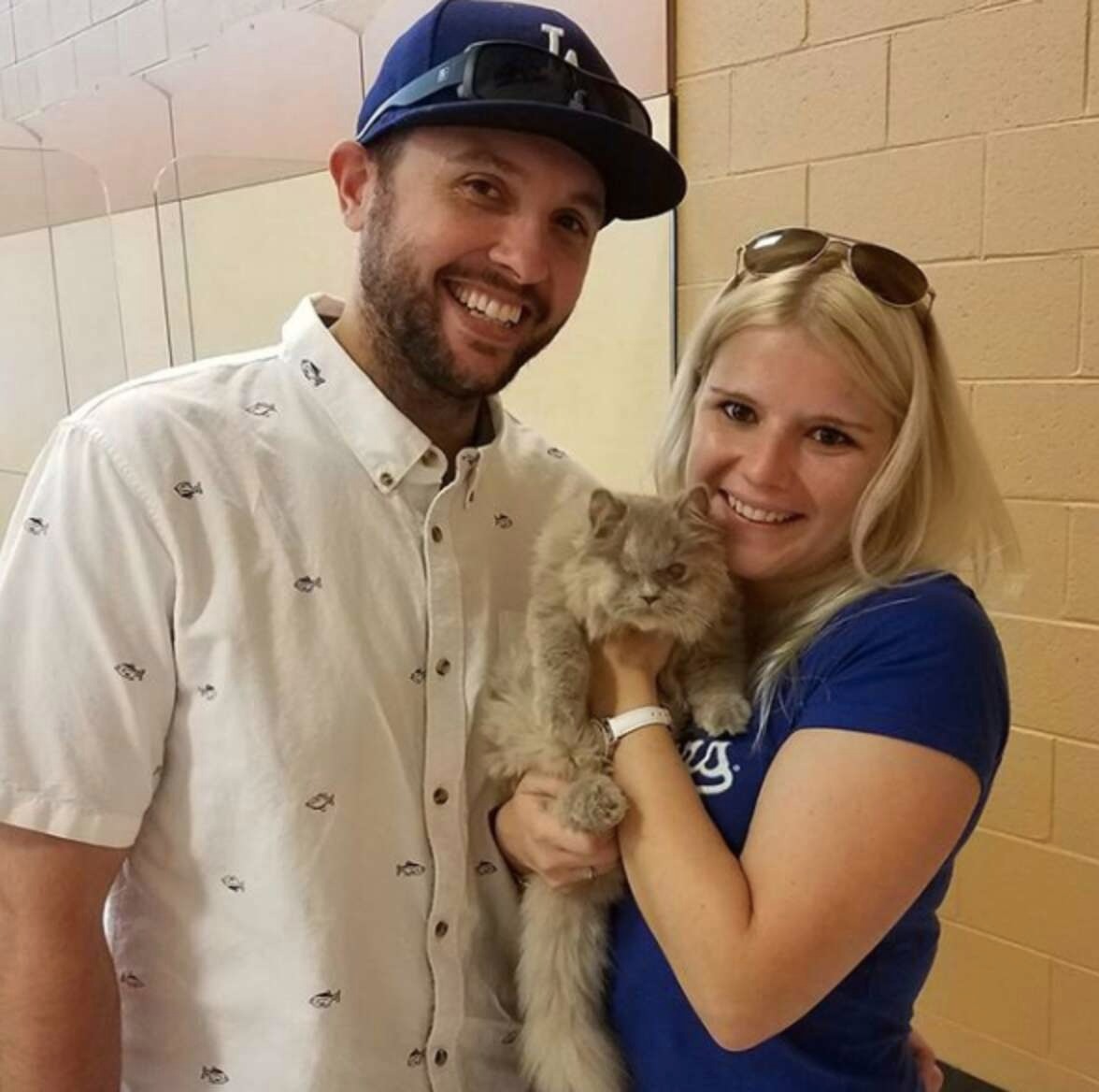 Credit: INSTAGRAM/BEINGAKITTENFOSTERMOMRULES
Lemmy’s parents thought she was always destined to be in her new home the moment she arrived. She immediately fell in love with her new brother and sister and made herself at home.

Machefert stated, “You’d think she’d been there forever.” “She adjusted fast, and her brother and sister took to her right away.” 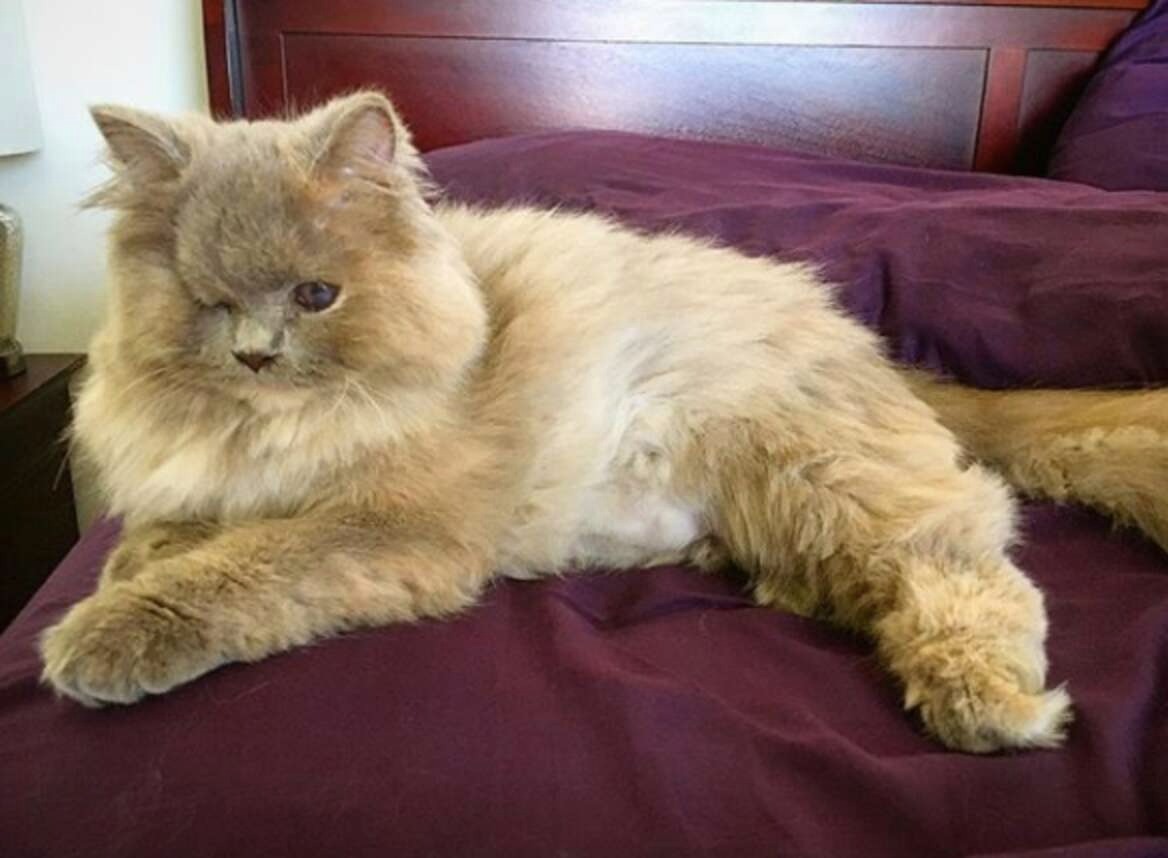 Credit: INSTAGRAM/BEINGAKITTENFOSTERMOMRULES
Lemmy’s parents brought her to an ophthalmologist after she’d settled in with her new family to see if there was anything they could do about her blurry eyesight.

Her remaining eye’s eyesight isn’t excellent, and the doctor indicated there wasn’t much they could do about it — but happily, Lemmy doesn’t seem to notice. Credit: INSTAGRAM/BEINGAKITTENFOSTERMOMRULES
“She will occasionally run into walls and is unable to play with certain toys that her brother and sister like, such as a laser toy, but she has no idea,” Machefert added. “We believe her brother and sister are aware that she is different because they are gentler with her than they are with each other and will try to assist her.”

They once assisted her in climbing something since she was having difficulty. It was the most adorable thing I’d ever seen.” 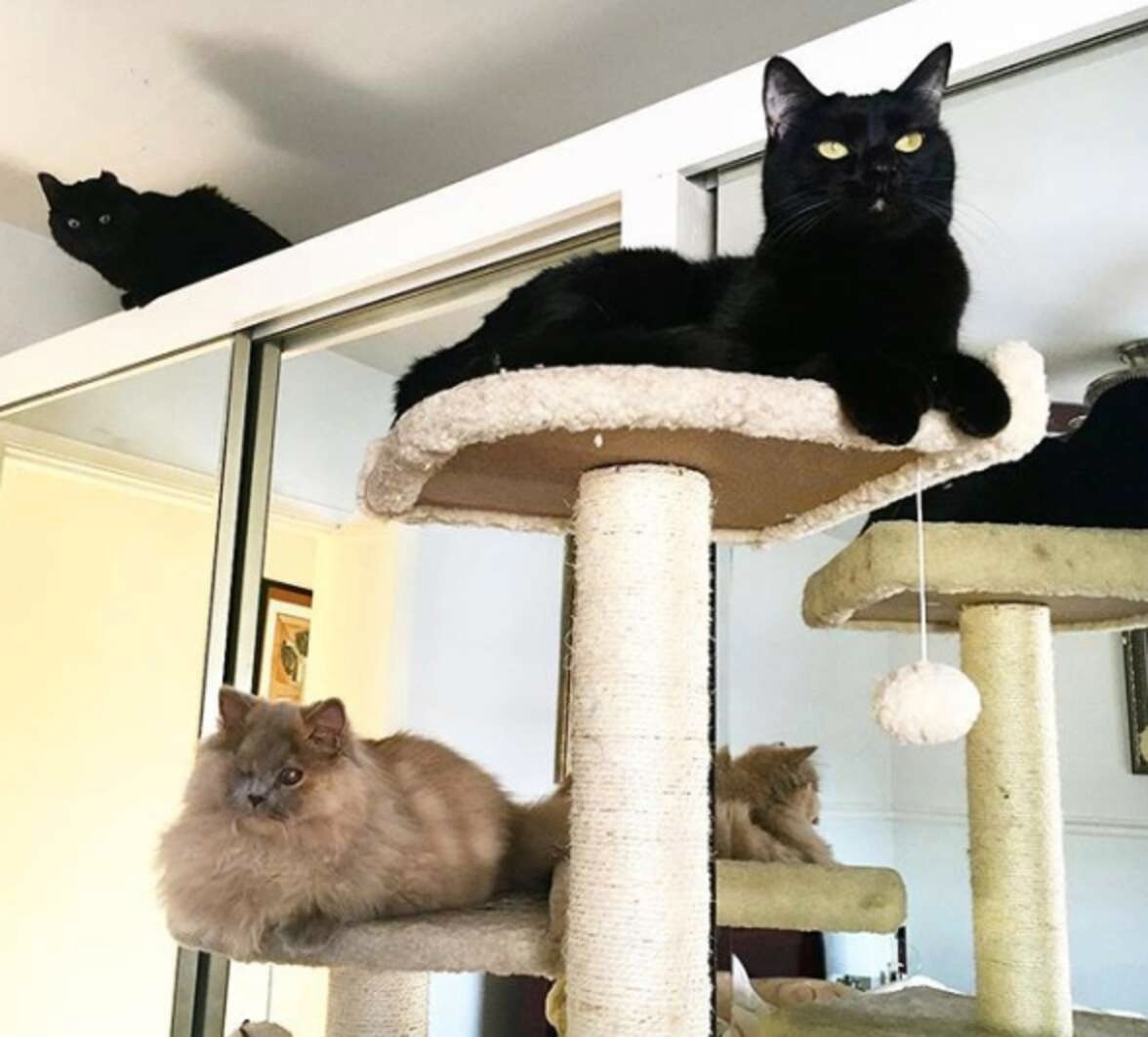 Credit: INSTAGRAM/BEINGAKITTENFOSTERMOMRULES
Even when Lemmy has difficulty doing things or getting around, her brother and sister are always there to assist her, ensuring that she feels loved and supported. Lemmy may have had a rocky start in life, but she has now found her forever home and is overjoyed.