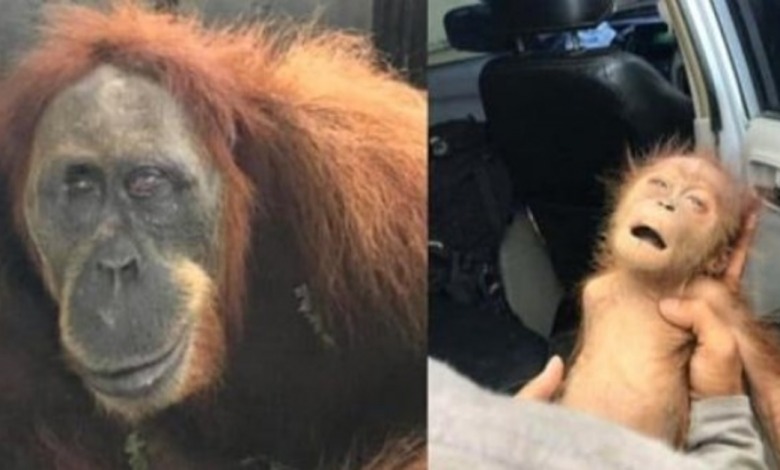 Last year, rescuers found a blind orangutan mom in a horrible state, together with her malnourished baby, writes healthyfoodhouse

The tragic case emphasized the devastating effects of deforestation due to the high demand for palm oil.

The high demand for palm oil, due to its low price and versatility, has major effects on our eco-system.

It is biofuel, but has been and continues to be the main driver of deforestation of some of the most biodiverse forests in the world, destroying the habitat of numerous endemic and endangered species like the orangutan, pygmy elephant, and Sumatran rhino. 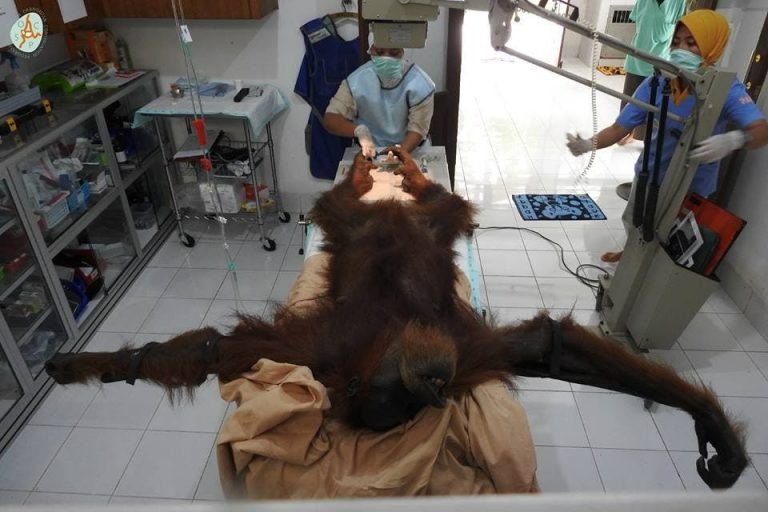 Following numerous others, one event has pointed out these devastating effects of the palm oil plantations on the environment once more.

Back in March 2019, rescuers found an injured Sumatran Orangutan was her malnourished baby at a palm oil plantation located in the Subulussalam district of Aceh province, situated on the island of Sumatra. 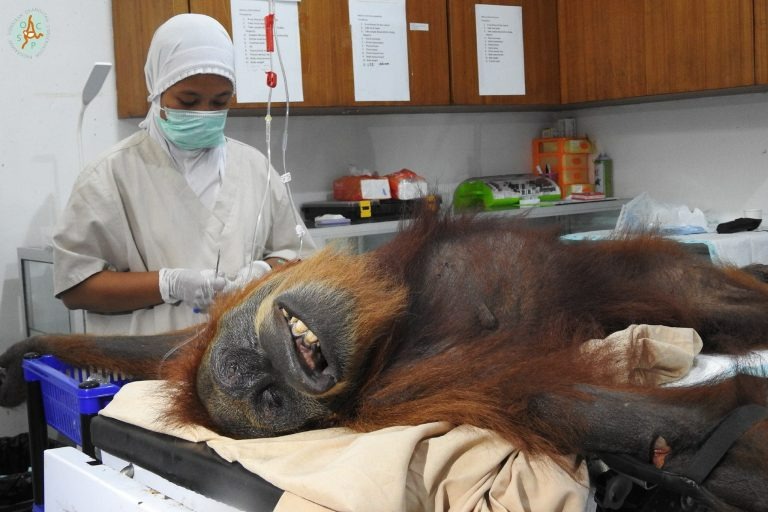 The team immediately took them to a quarantine center, but tragically, the young orangutan, who was found in “serious traumatic and malnourished conditions,” died on the way.

When they saw the mother orangutan, veterinarians were shocked.

“This orangutan, that we named Hope after thousand hopes for her future, is one of the most tragic orangutans that we ever come across.”

The X-rays have shown that she has about 74 air rifle pellets in the body, many of them in the eyes and thus blinded her. Her collar bones and many others were also broken. She had wounds from a sharp object on the right arm. 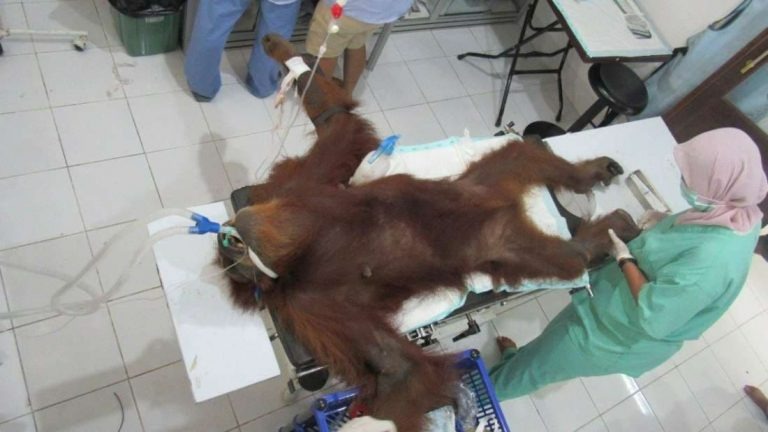 “Sincerely speaking, we were very shocked by finding the result. 74 air rifle bullets, damaged eyes, fractured bones, sharp tool wound and not to mention a deep traumatic condition, yet she doesn’t give up.”

The Sumatran Orangutan Conservation Programme (SOCP) then explained that the orangutan was recovering after many surgeries, but losing her baby while she was still breastfeeding has had a major mental effect on her.

“Hopefully Hope can pass this critical period, but she cannot be released to the wild anymore.”

“We know she will be able to get through all of this, as she is one true fighter.” 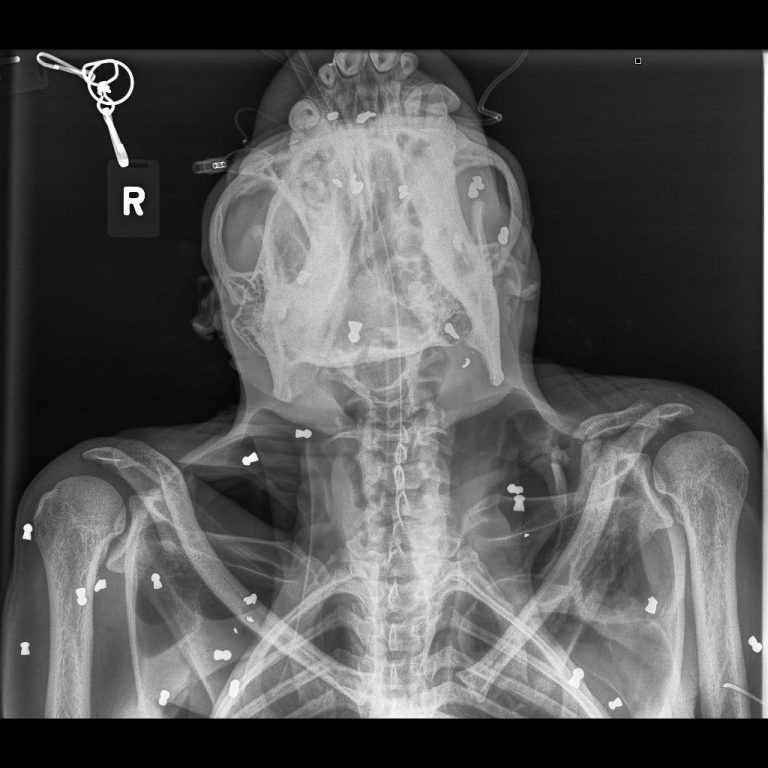 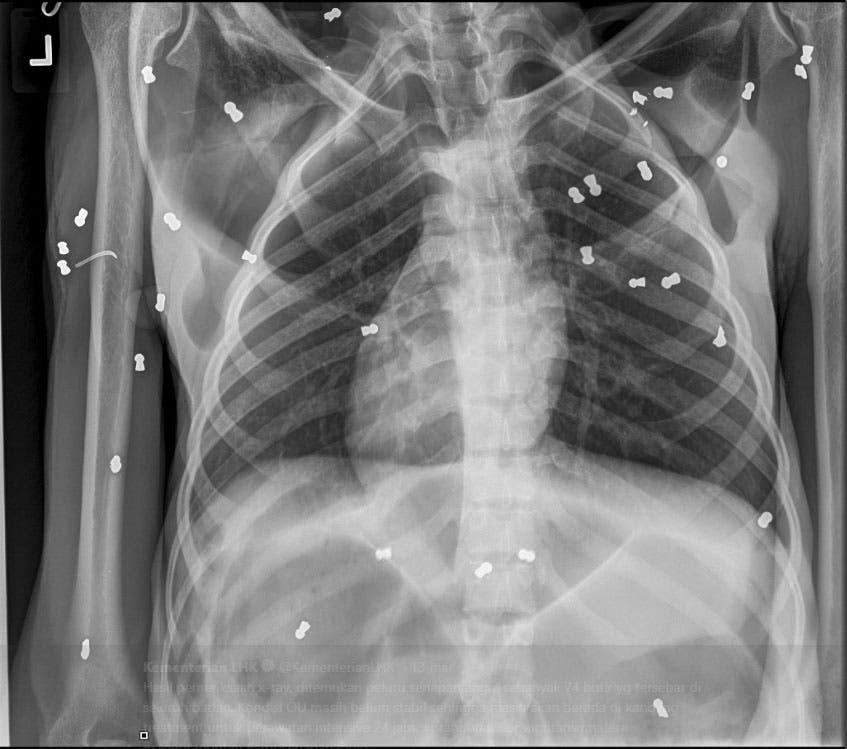 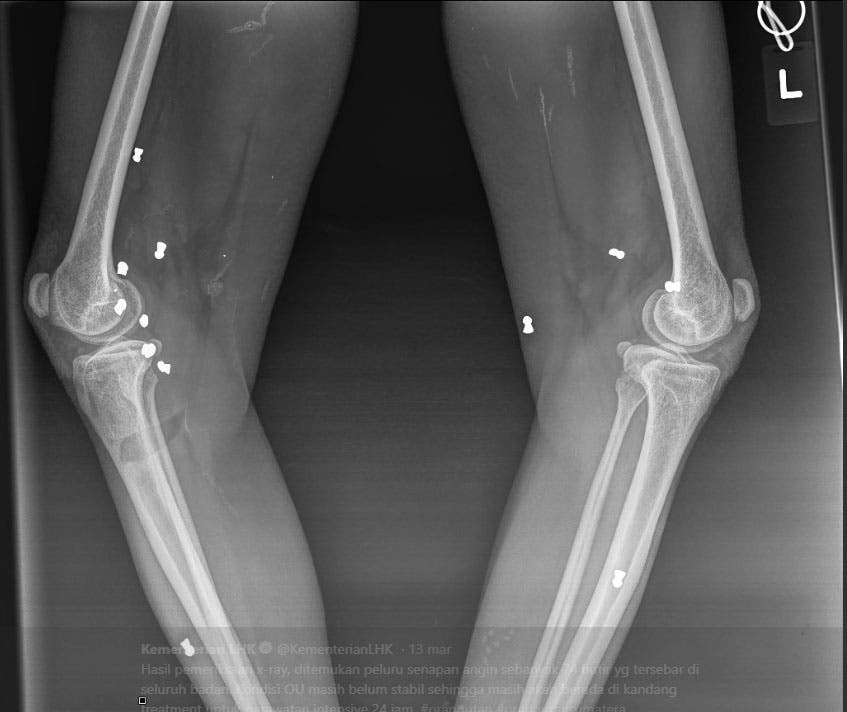 Orangutans face numerous challenged and hardships in both, Sumatra and Borneo. The orangutan conservation program explains that people use air guns to kill or shoot orangutans or other animals to ward them off.

In the last decade, the vets have treated over 10 orangutans, extracting about 500 air gun pellets from their bodies. According to the IUCN Red List, there are only 13,500 Sumatran orangutans left in the wild.

The main reasons for the dramatic fall of their population are habitat loss and human intervention.

However, such tragic events should remind us that it is high time to stop these malpractices and conserve these endangered animals. There is always a way. Saving their lives is the least we can do for them.